As a result of this great honor, the City of Newburgh granted proclamations naming today, April 12, 2018, Mr. Torrance Harvey and Ms. Marisol Vazquez day! The proclamation was signed by Mayor Judy Kennedy. Councilwoman Karen Mejia was there to celebrate.

The 2018 Barnes & Noble My Favorite Teacher Contest ran from January to March, and gave middle and high school students the exciting opportunity to tell their communities just how much they appreciate their teachers. Students nominated their favorite teacher by writing essays, poems or thank-you letters that shared how their teacher had influenced their life and why they appreciated and admired their teacher.

Kameren King’s essay focused on the guidance Mr. Harvey has provided as a fellow black man. He spoke about a circumstance under which Mr. Harvey could have gone easy on him but decided that the larger lesson was in having Kameren feel the impact of his decisions. Mr. Harvey noted that he rehearsed the difficult conversation before speaking with Kameren. Mr. Harvey said that it felt like one of those scenarios in a movie where the teacher or parent figure says this is going to hurt me more than it hurts you, but the student isn’t convinced.

Mr. Harvey noted that he has been teaching in the Newburgh Enlarged City School District from 19 years and also taught Kameren’s father. Mr. Doddo, co-principal of Newburgh Free Academy, North Campus presented the awards and also had Kameren’s father as a student.

Angelica Ramirez’s essay focused on the guidance Ms. Marisol Vazquez provided as a fellow bilingual learner who also felt struggles adjusting to school and a new place. Ms. Vazquez consistently worked with Angelica and reminded her that she is smart and talented. Angelica highlighted a scenario in which Ms. Vazquez encouraged her to take a more rigorous math class, but thought it was too late to change Angelica’s schedule. The belief and encouragement that Ms. Vazquez bestowed on Angelica has made her a very memorable teacher.

After the ceremony, Mr. Torrance read poems from his newly released book of poetry, YA Sankofa!: A Book of Poetry. The cover art for his book was designed by fellow NFA North Campus, Excelsior Academy teacher, Ms. Christine McCartney. One poem that was read was inspired by the artwork of fellow teacher, Mrs. Rachel Williams, art teacher at Meadow Hill School.

Mr. Harvey pointed to Mr. William Walker who taught English for the Newburgh Enlarged City School District for 41 years and is now a member of the Board of Education. Mr. Walker taught Mr. Harvey when he attended Mount Saint Mary College. Mr. Harvey went into detail about the literature that Mr. Walker exposed him to and how that exposure has impacted him for his entire life.

Kameren’s essay will go on to compete regionally.

Congratulations to two of our outstanding teachers! 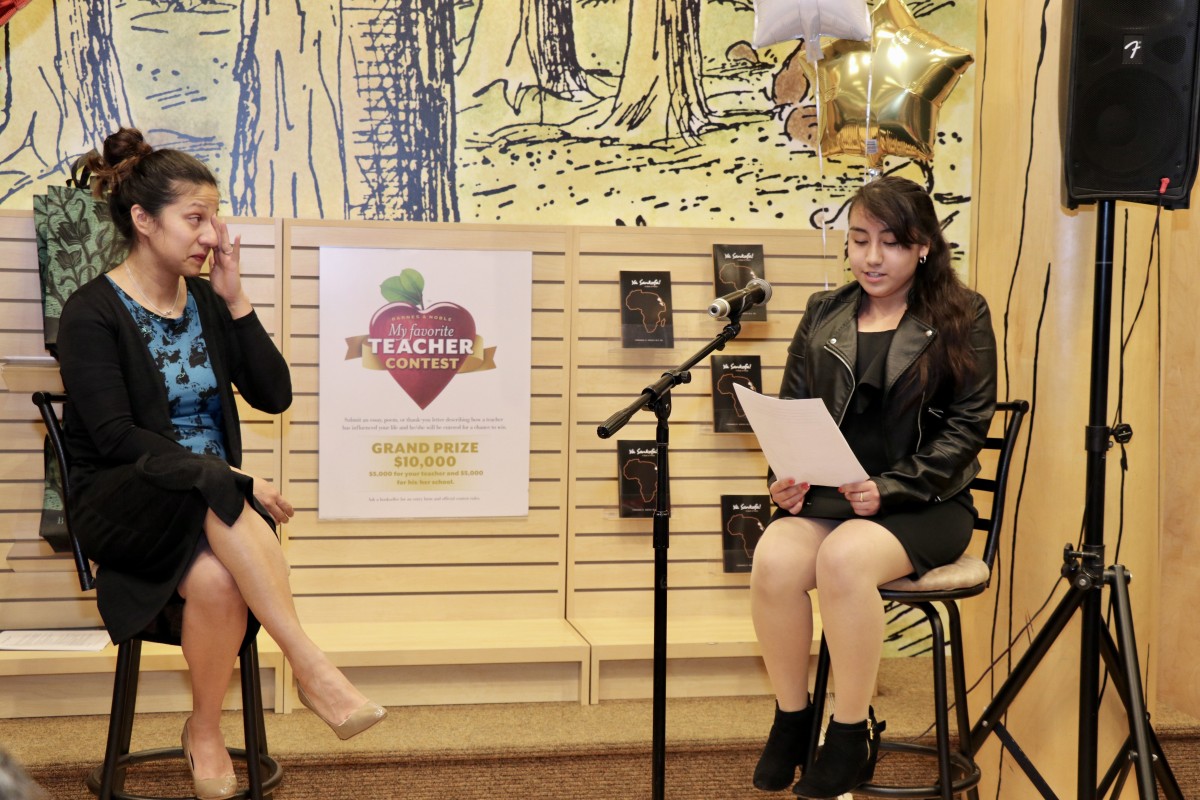 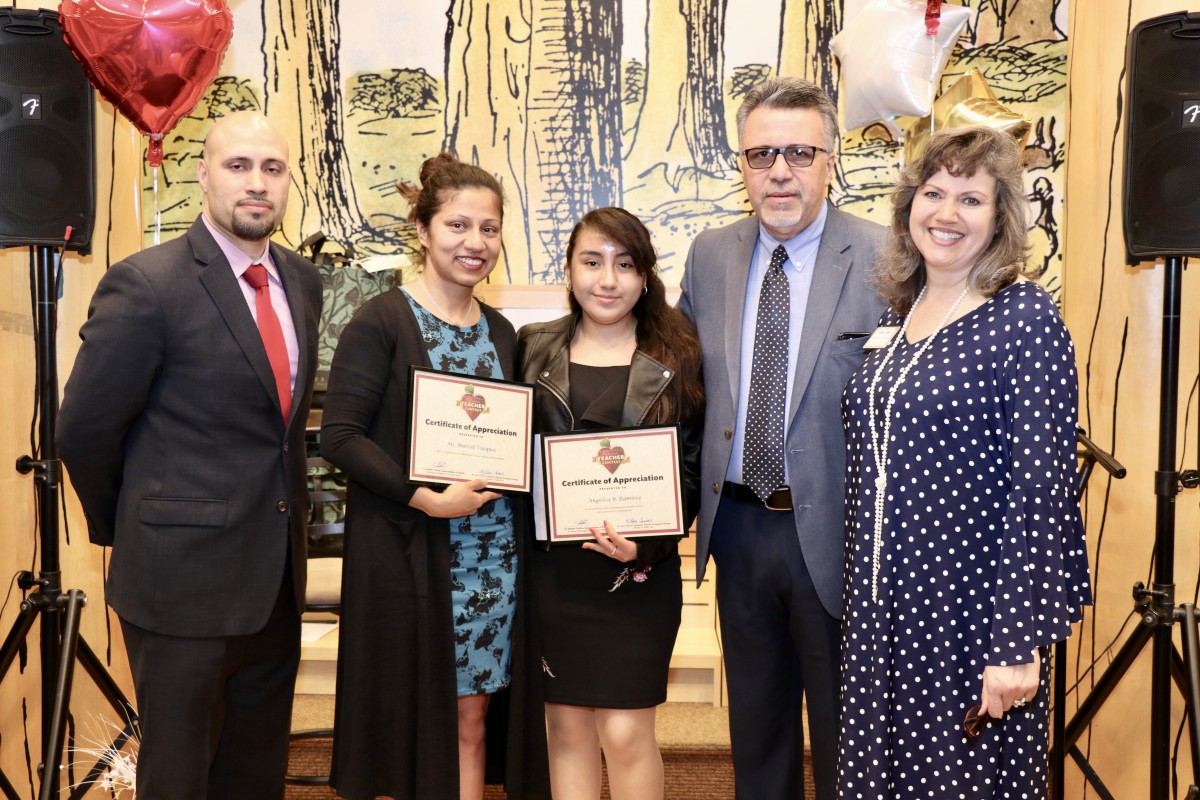 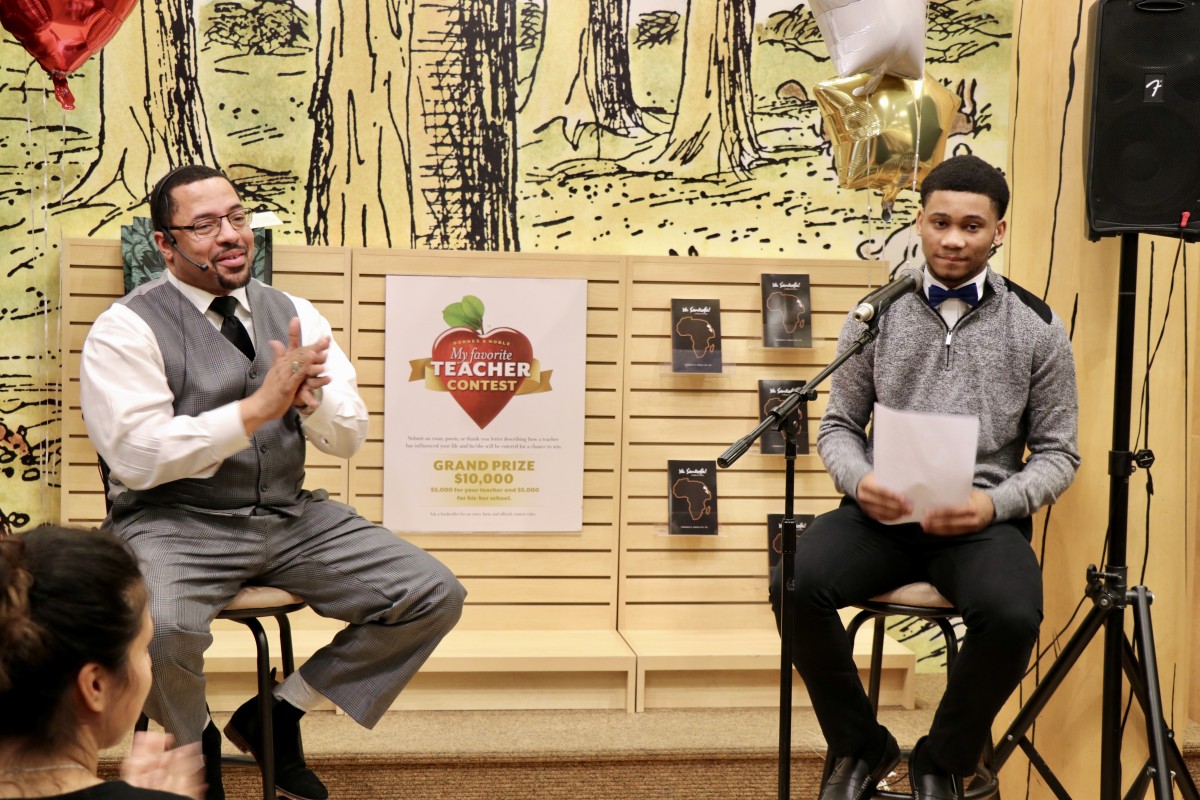 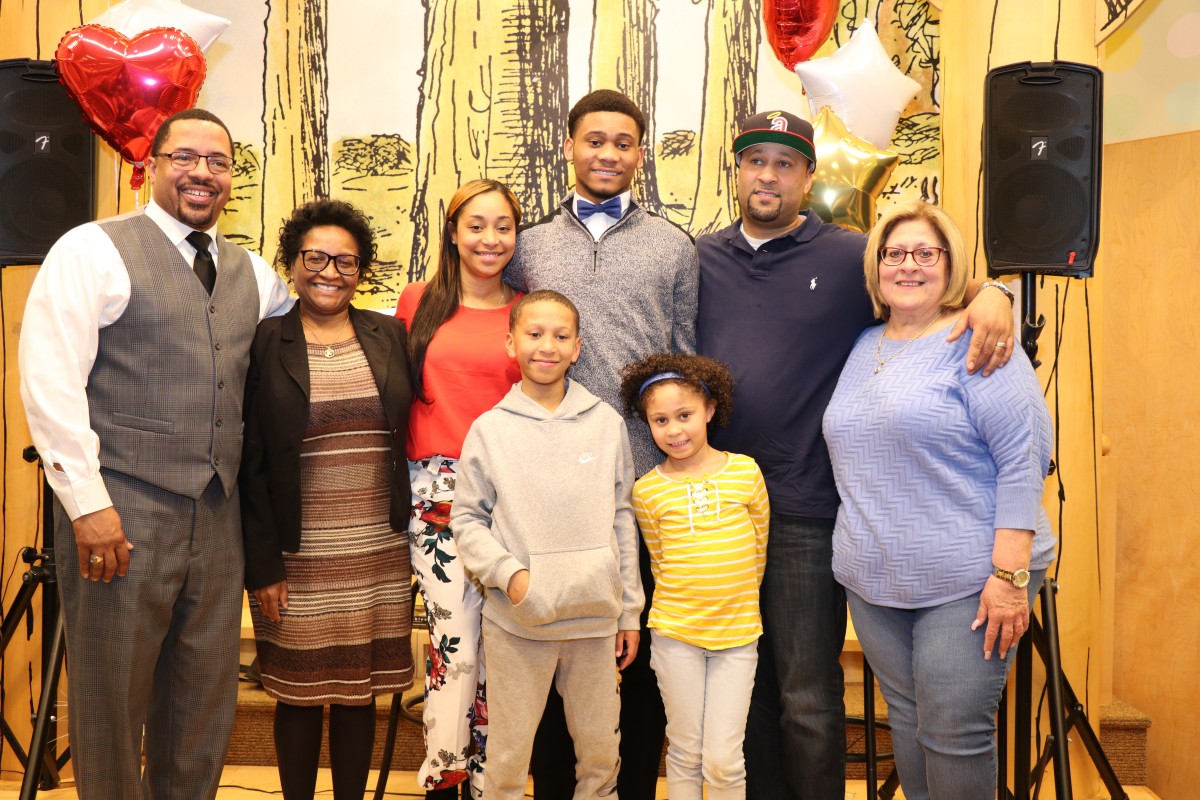 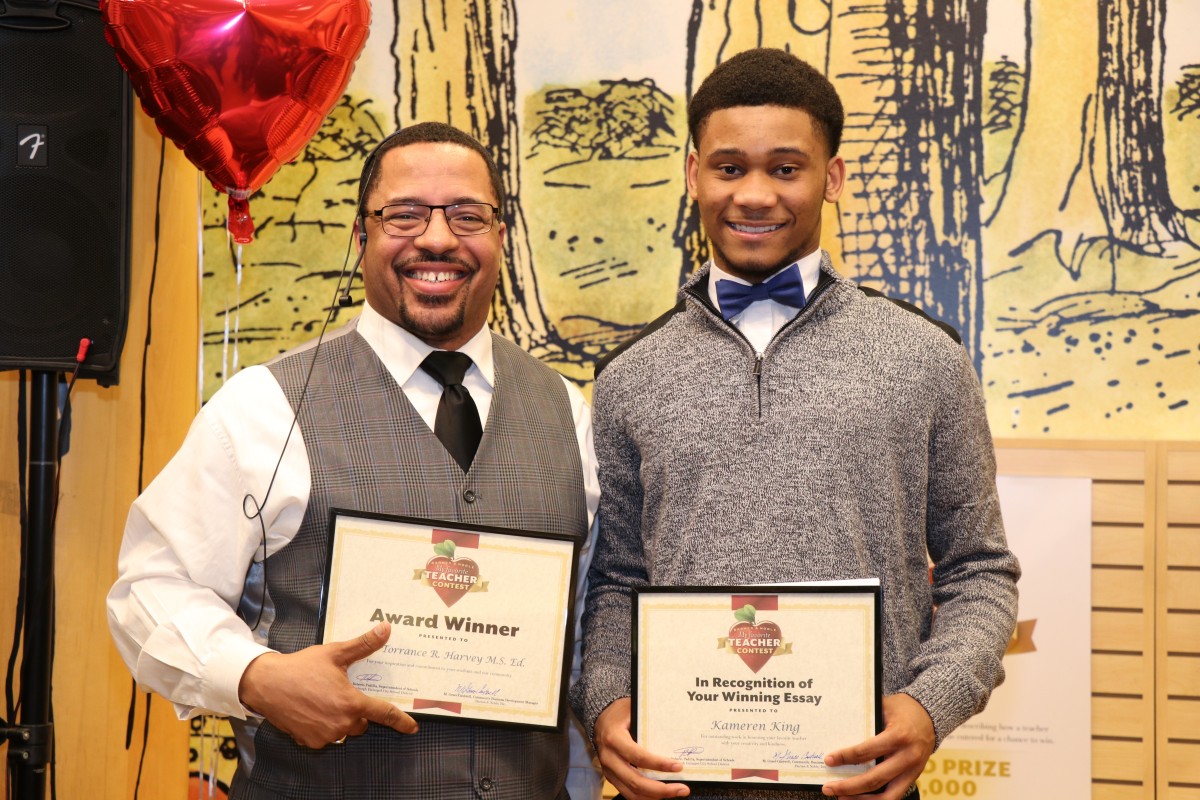 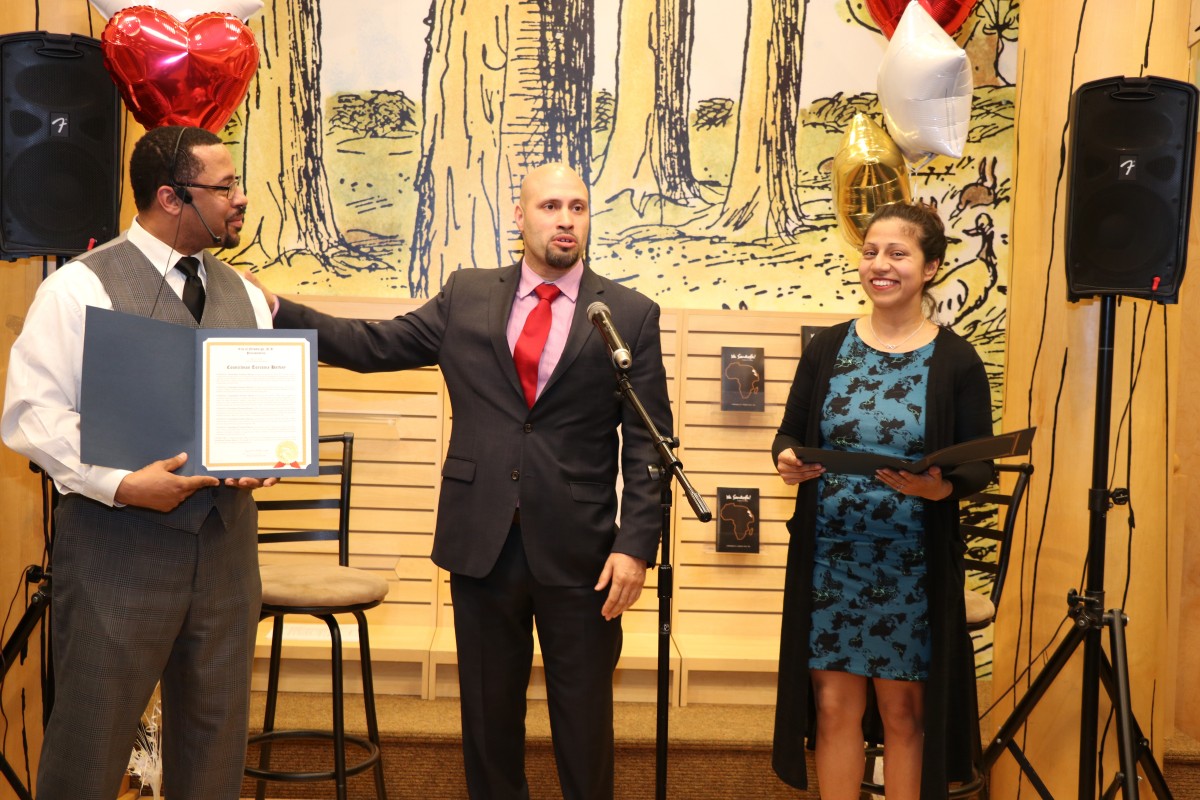 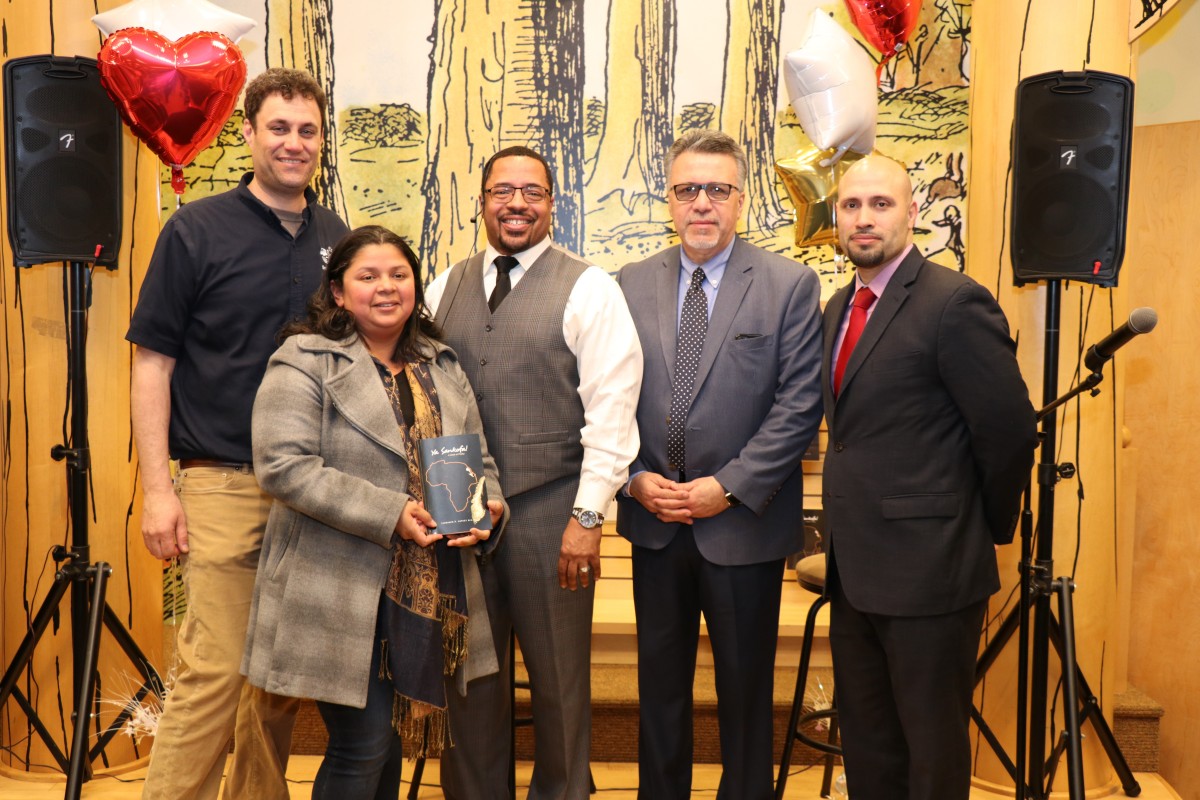 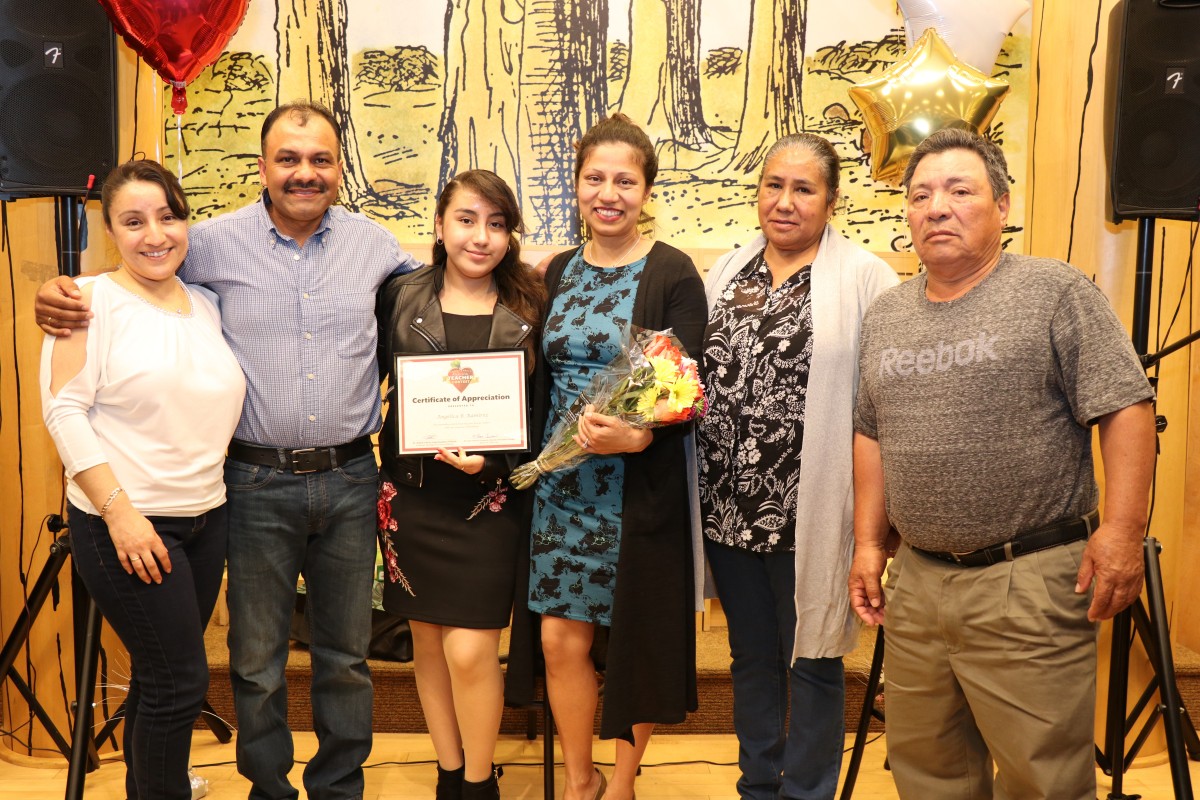 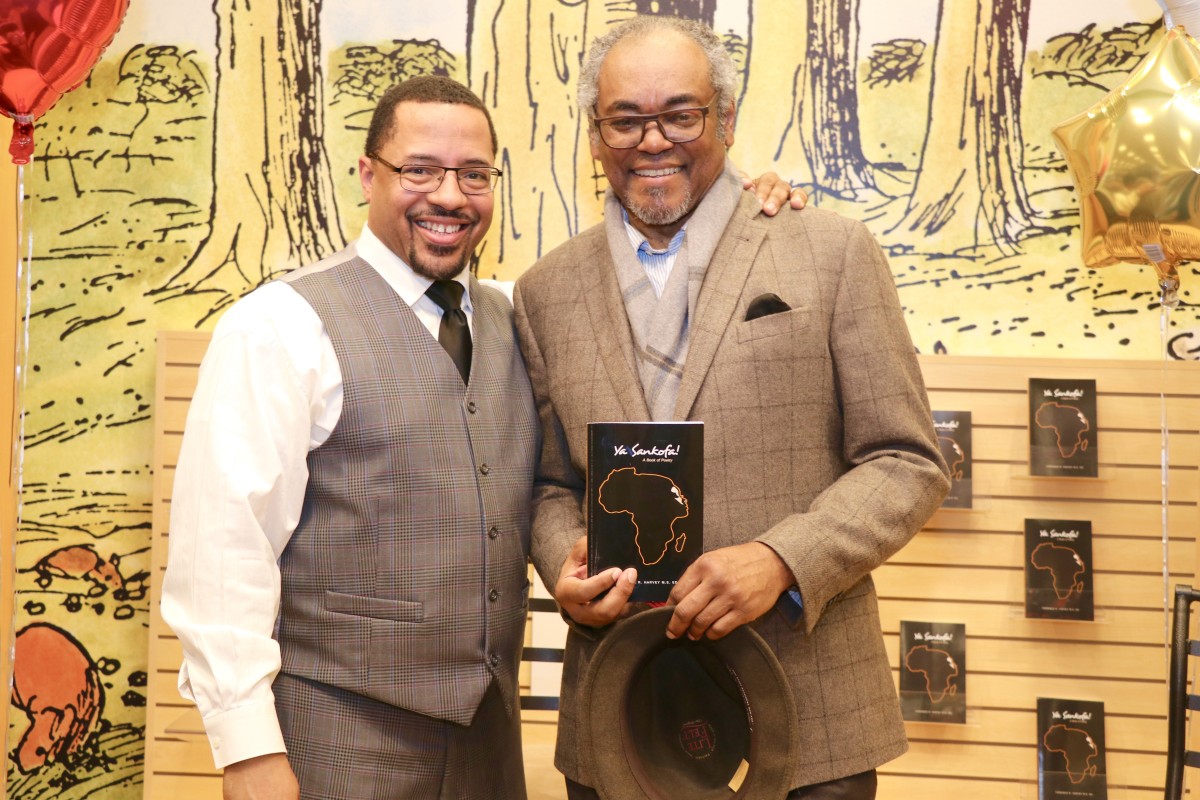 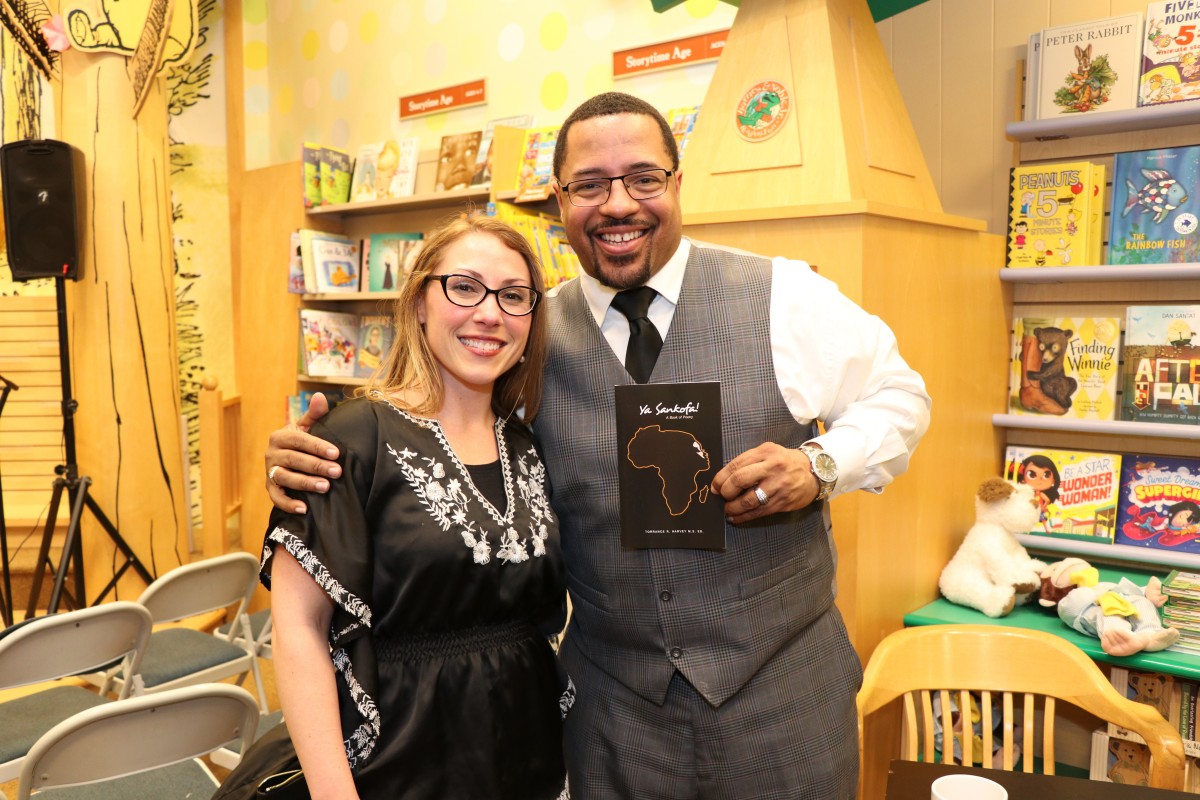