Seventeen students from NFA North displayed artwork and poetry at SUNY Orange in Newburgh as part of an exhibit that commemorates the United Nations signing the Declaration of Human Rights in 1948. The exhibit at Kaplan Hall at SUNY Orange is open until December 14th.

Each student needed to identify one of the 30 articles in the Declaration of Human Rights and create a piece with a similar theme.

Jaxyn Diaz, was inspired by an artist she followed on Instagram. Her work is based on the them that “we are all created equally.” Ms. Diaz performed an acrylic transfer by taking newspaper and layering it with mod podge. Once dry, she used a wet paper towel to wipe off the newspaper. “Now you have a clear piece of material with just the words on it. I took that clear material and placed it on the canvas to create layers. The gavel was made out of pieces of wood. I didn't even know about the technique before starting this, but I knew I wanted to incorporate a lot of different things, particularly news and media. My theme is based on the concept that you can't discriminate against people under the law and I feel like what's happening in America now is going against that. We have numerous laws that don't support rights on certain groups. I tried to incorporate headlines from a lot of those stories in this piece.”

Nicolette Bell based her work on the idea that “No one should be discriminated against. I went for the race aspect of it. Everyone is connected by our DNA and that's what breaks the constraints that hold us back. Like color or race. I used cardboard because I wanted it to have a strike poster type of a feel, the kind that have been used in the recent marches.”

Costa Gianiodis used charcoal on white paper and focused on the concept of human rights and animal rights. “It took me a few tries to understand what I was going to do. The animal face took a while. I tried doing a paw, but didn't like it, so it was a little bit of trial and error, but I finally worked into something I was please with.”

Harry Porr, Director of Operations for Orange County and NFA class of 1969 was there to represent County Executive Steven Neuhaus and offered words to students who contributed their work in such a profound and thoughtful way. 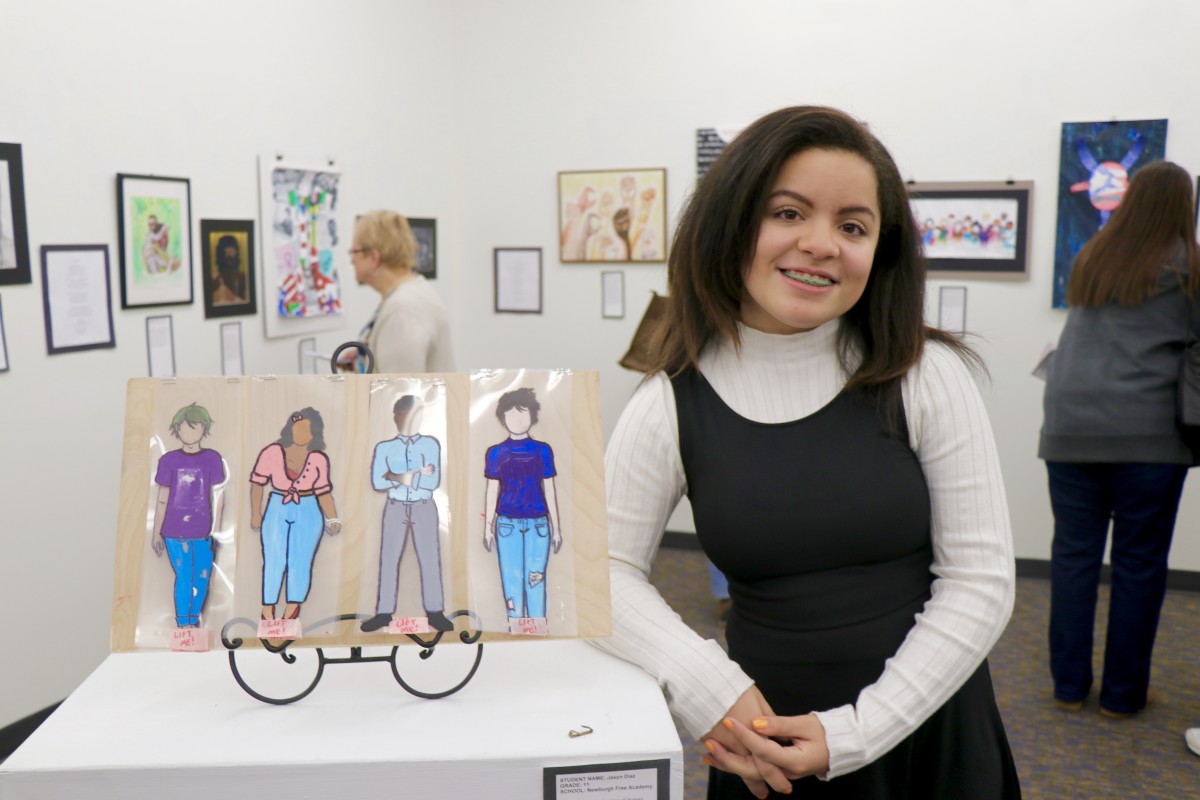 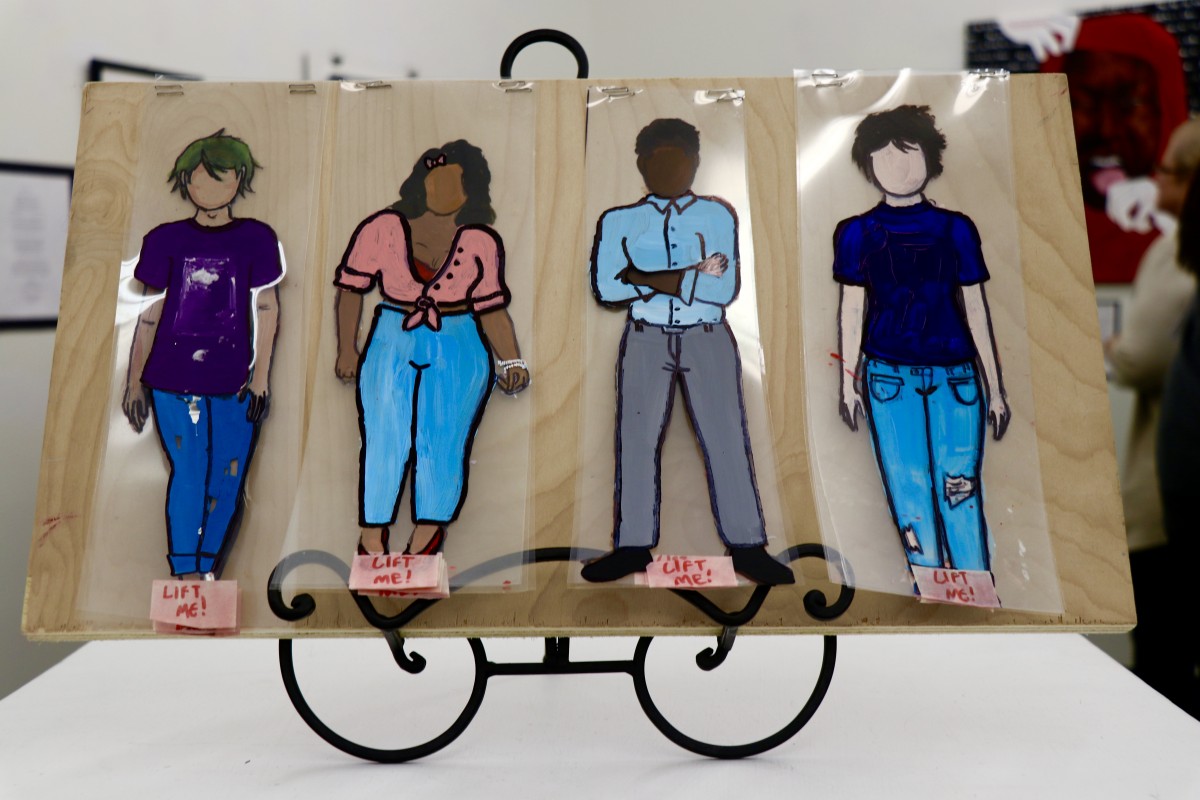 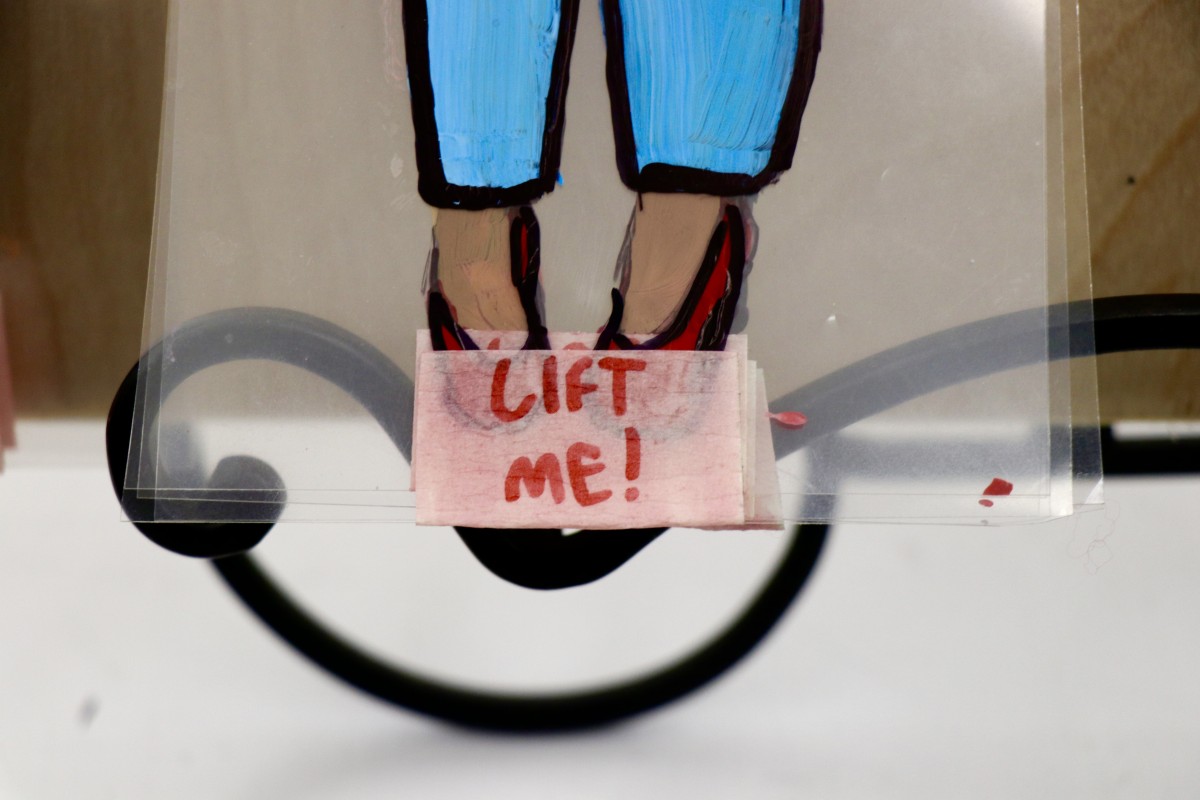 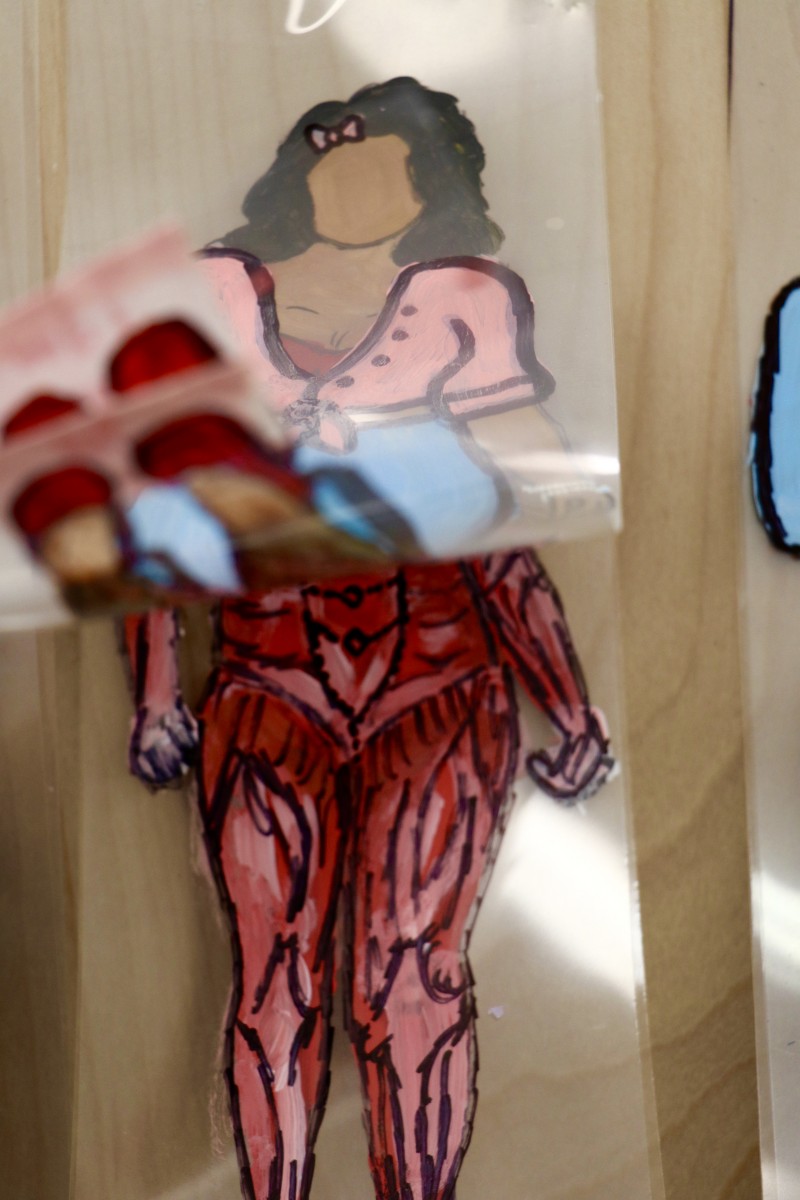 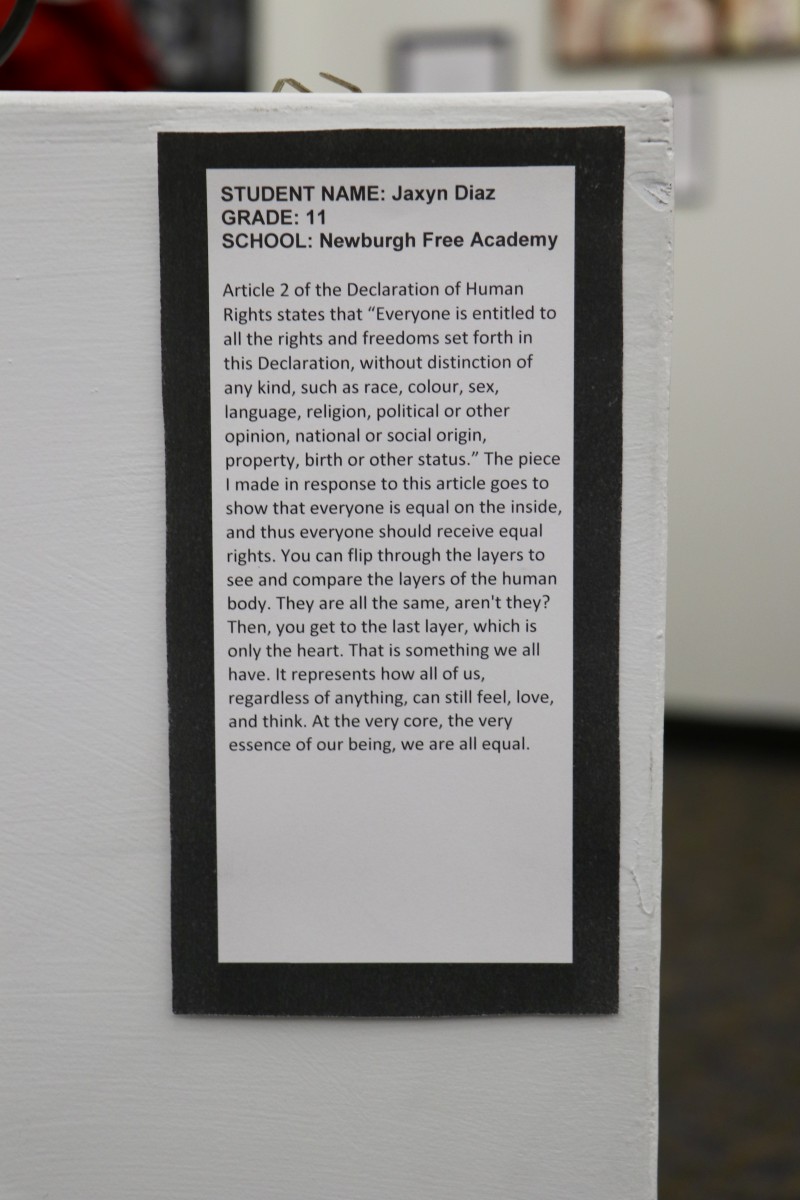 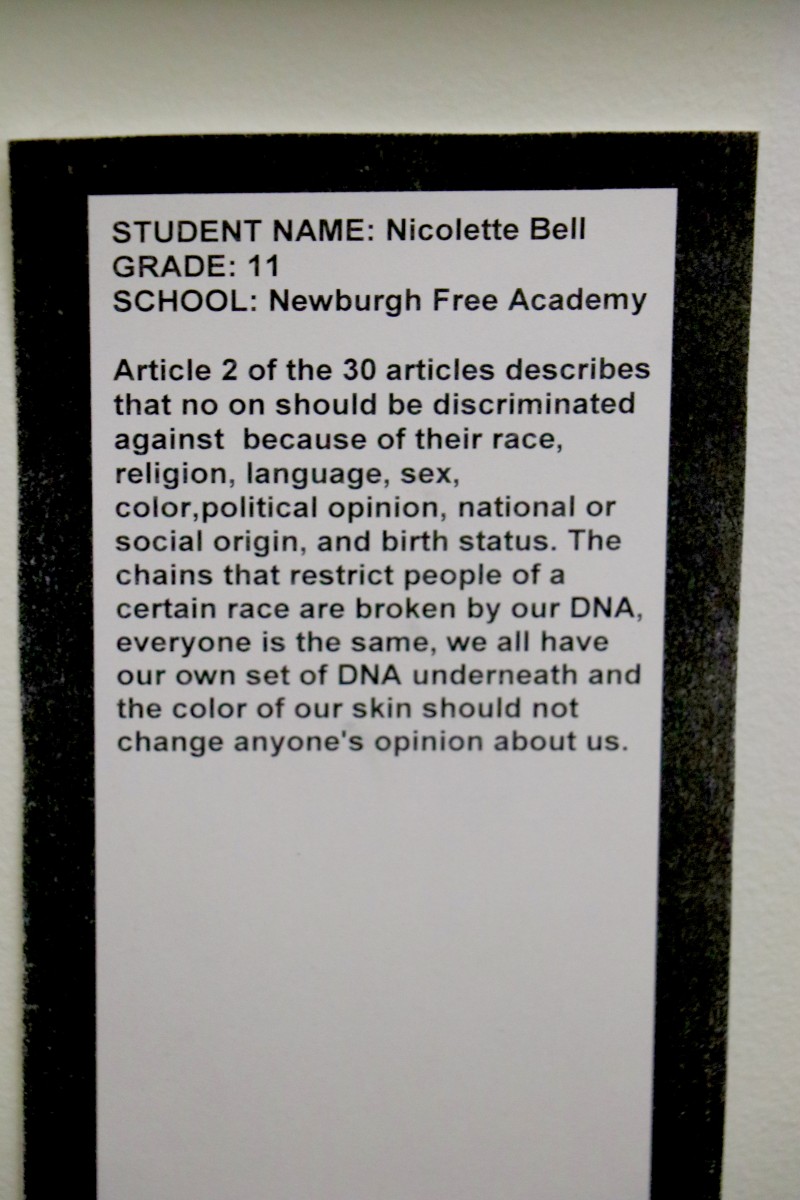 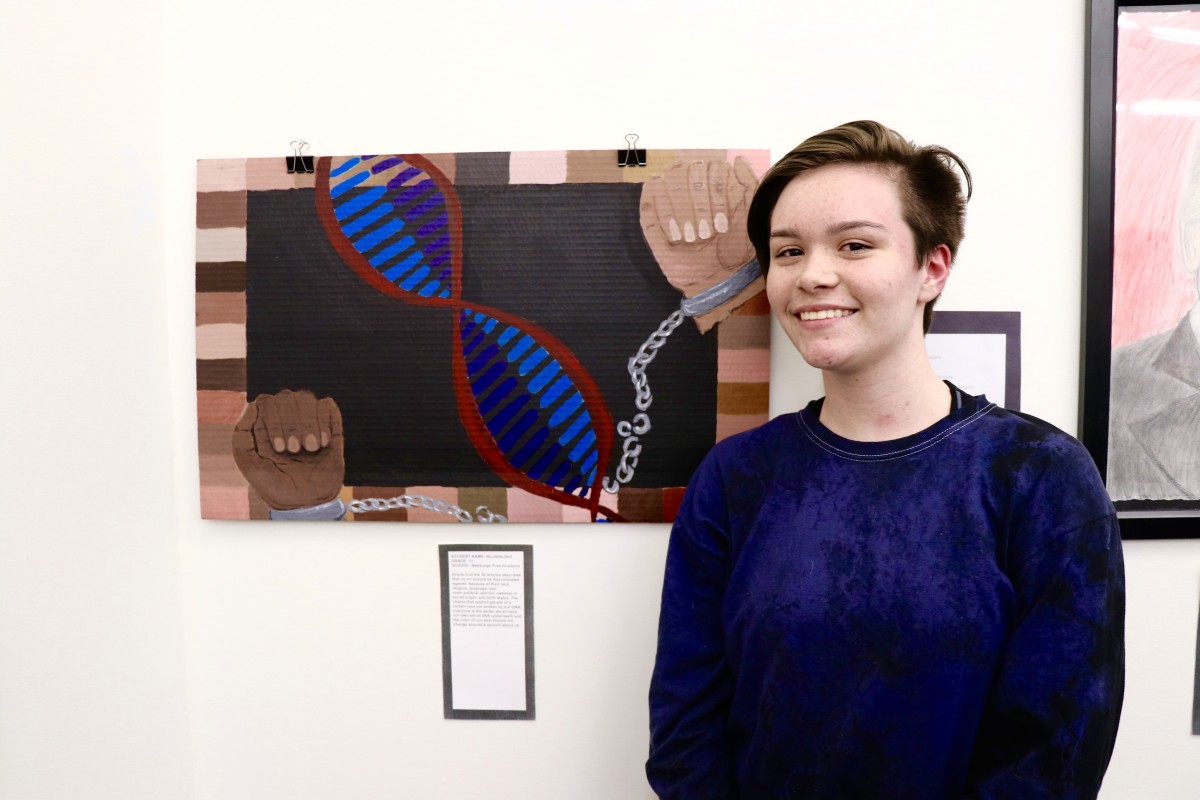 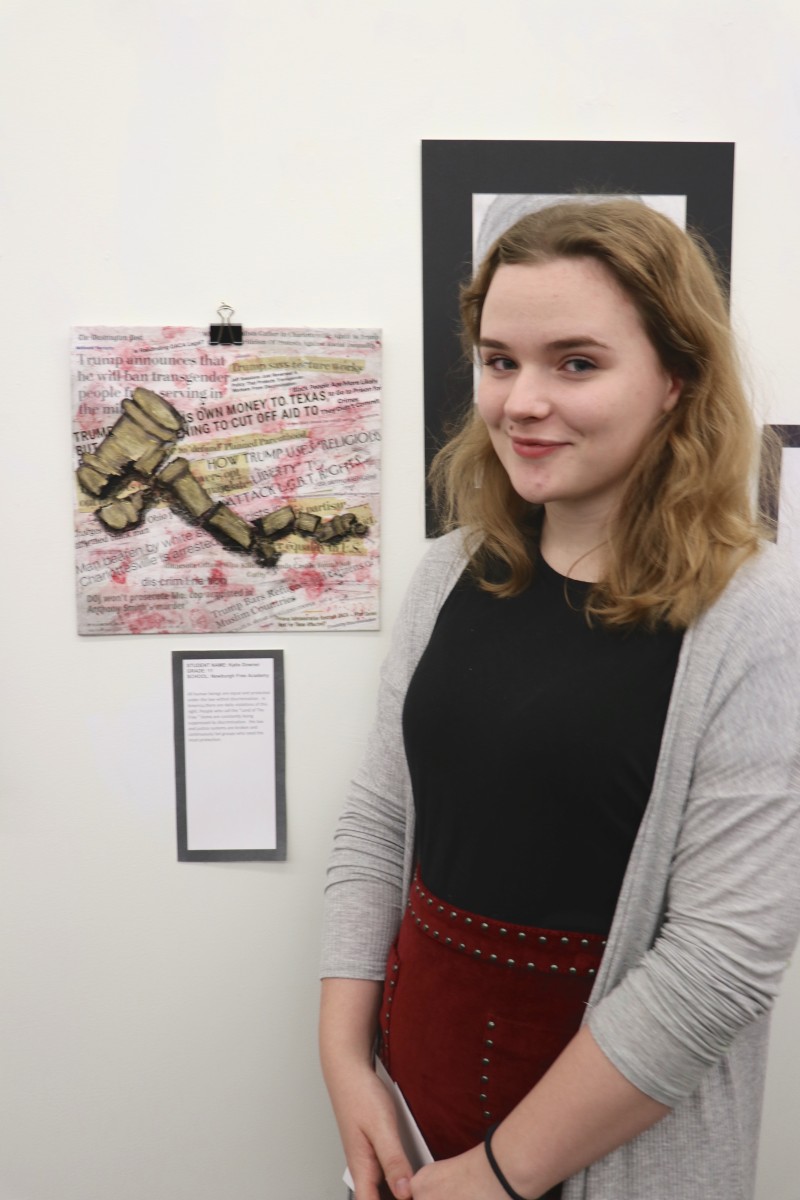 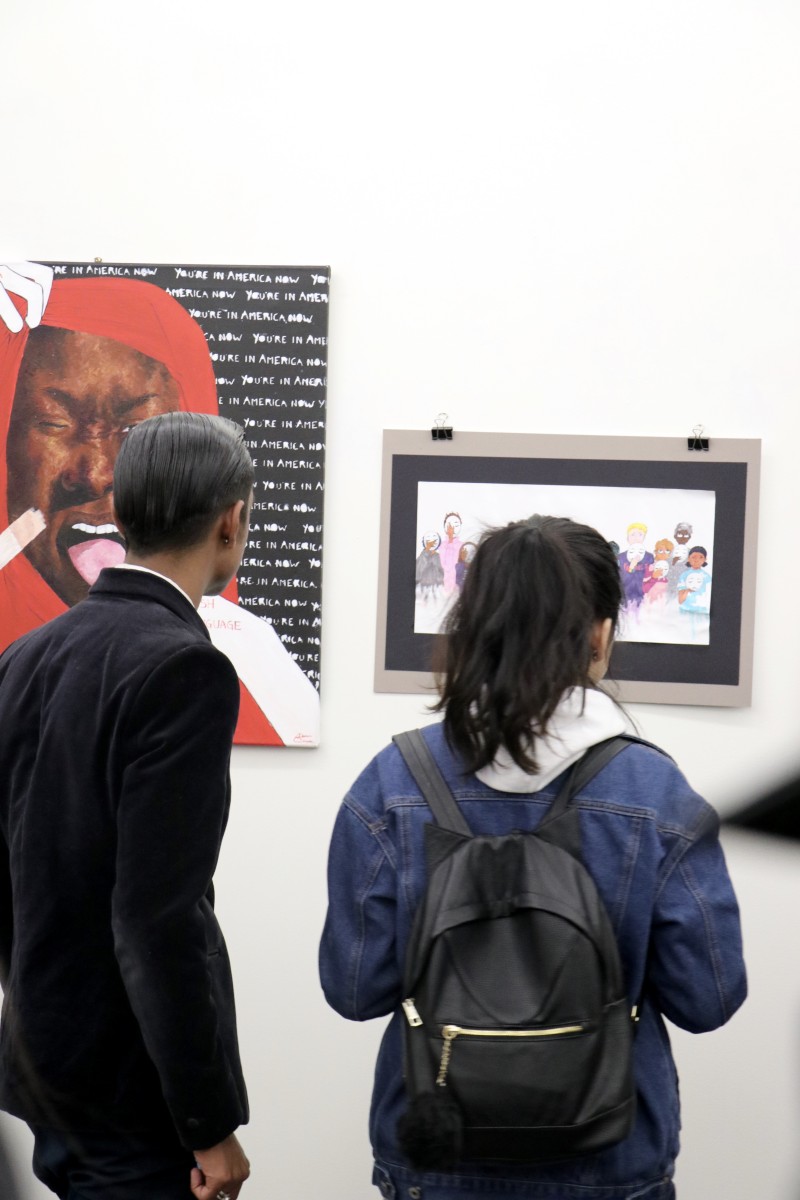 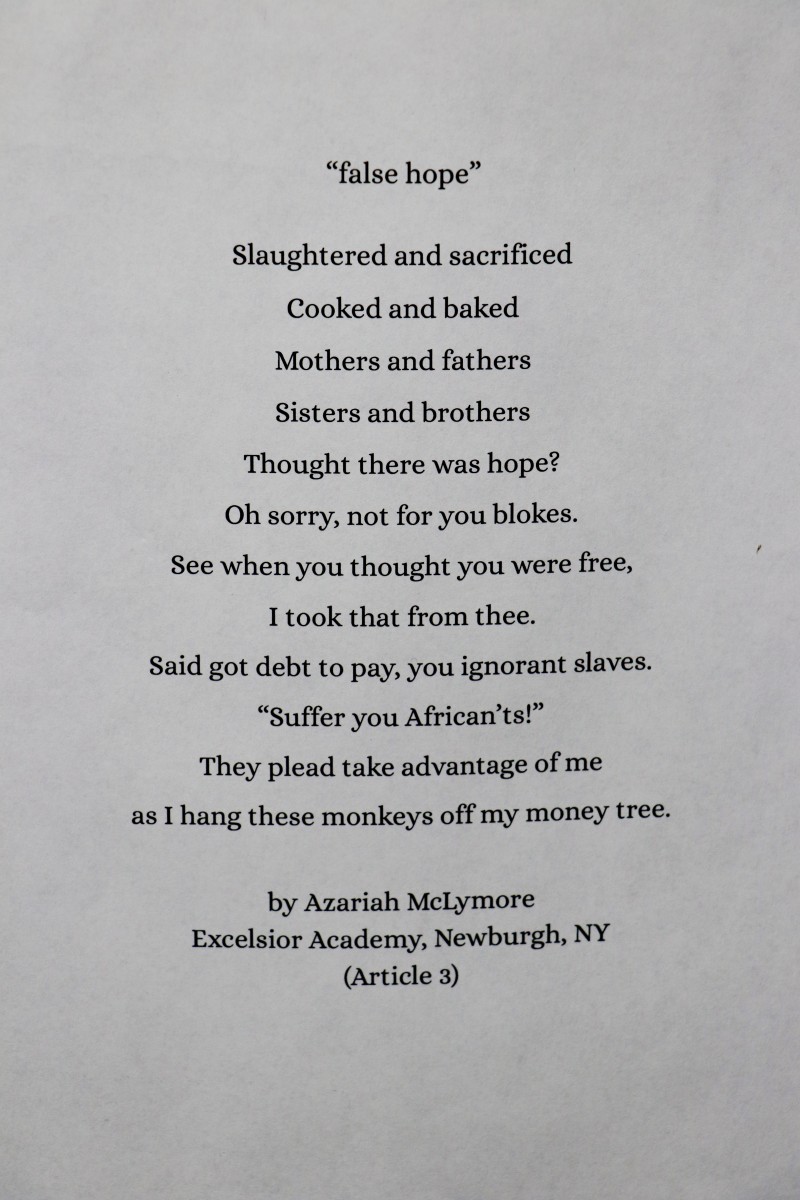