Phoenix Tracy Gayle is a black trans woman in America that has a very important and inspirational message to the youth in Newburgh about gun violence. She wasn’t the nicest and didn’t have the nicest clothes nor was she the most popular growing up, but with the aid of support groups, they motivated her to realize her potential despite periods of questioning her identity.  Nevertheless, this past helped her become more confident and want to change Newburgh for the better.

Her attempts to ameliorate Newburgh began by co-creating the Society at War Against Guns, raised awareness by participating in marches, protests, and rallies, while working with programs and events speaking to youth in different environments and teaching them about how to prevent gun violence. Last year, she planned a march that honored 32 people who were victims of gun violence and she plans to plan a similar march again this year. She also took part in the Newburgh Community Photo Project where she interviewed for a lot of the audio portion of the exhibit.

The exhibit touched a lot of people who knew or were victims of gun violence in Newburgh. While Phoenix was going through her transition she was under societal pressures and trying to be who others wanted her to be instead of her being herself. During this process she lost her little brother due to gun violence. “I used my rage, I used my anger, and I used my heartbreak to campaign and launch something beautiful behind it.” When she launched the campaign against gun violence she realized she wasn’t going to apologize for who she was as a person, as well as who she loves, nor for wanting to make a change, or to motivate others to inspire change.

It took a long time for Phoenix to accept herself as the way she was. “By being a better person and striving to do good in the world. Just by striving to be the best person you can be, may inspire others to do good. It can be that simple. Even something as simple as smiling and trying to be a positive person can change a person’s mind thought.” She stated this because she wants to change Newburgh so there is no more gun violence or violence at all here. She also stated “It breaks my heart that drugs and violence have broken Newburgh, I believe that we can change that. I see bright. I see beautiful. I see gems right here in this audience.”

Her transition happened almost 3 years ago now and one of the first people she told was her dad. She and her dad weren’t the closest, yet the reason she told him first was because she was named after him. The fact that she wanted to change her whole identity and that he was ok with it surprised her. She was still really excited that he was okay with it because she felt that she needed his acceptance to solidify her transition. Her advice to the students at NFA West was that “it’s not serious” or that “it’s not that deep. Just be yourself. You can only be you - so try to be the best you.”

Some of the students have taken the initiative to go around the school to collect ideas on how to change Newburgh. Phoenix Tracy Gayle has already inspired many of the students she has talked to and should continue to inspire many others so Newburgh can change and be safe for the next generations.

Full story and pictures provided by Madison Jasso. Madison is a freshman at NFA West 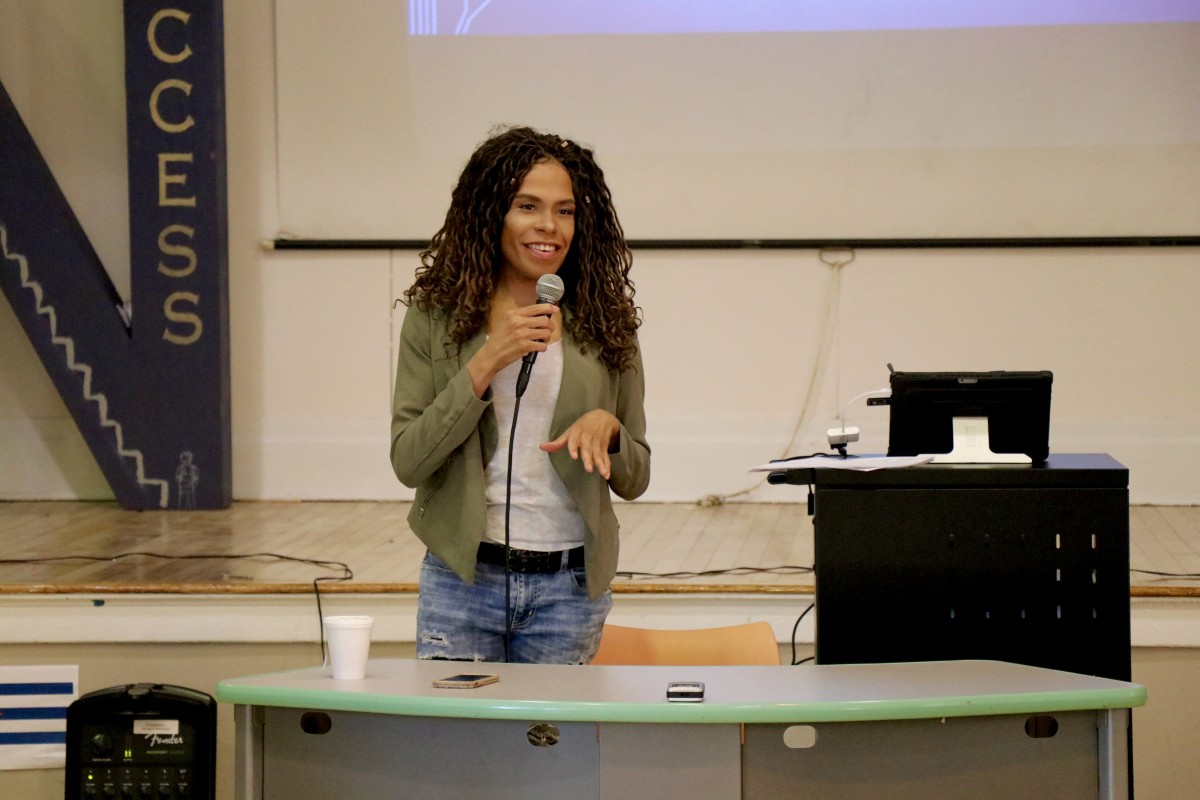 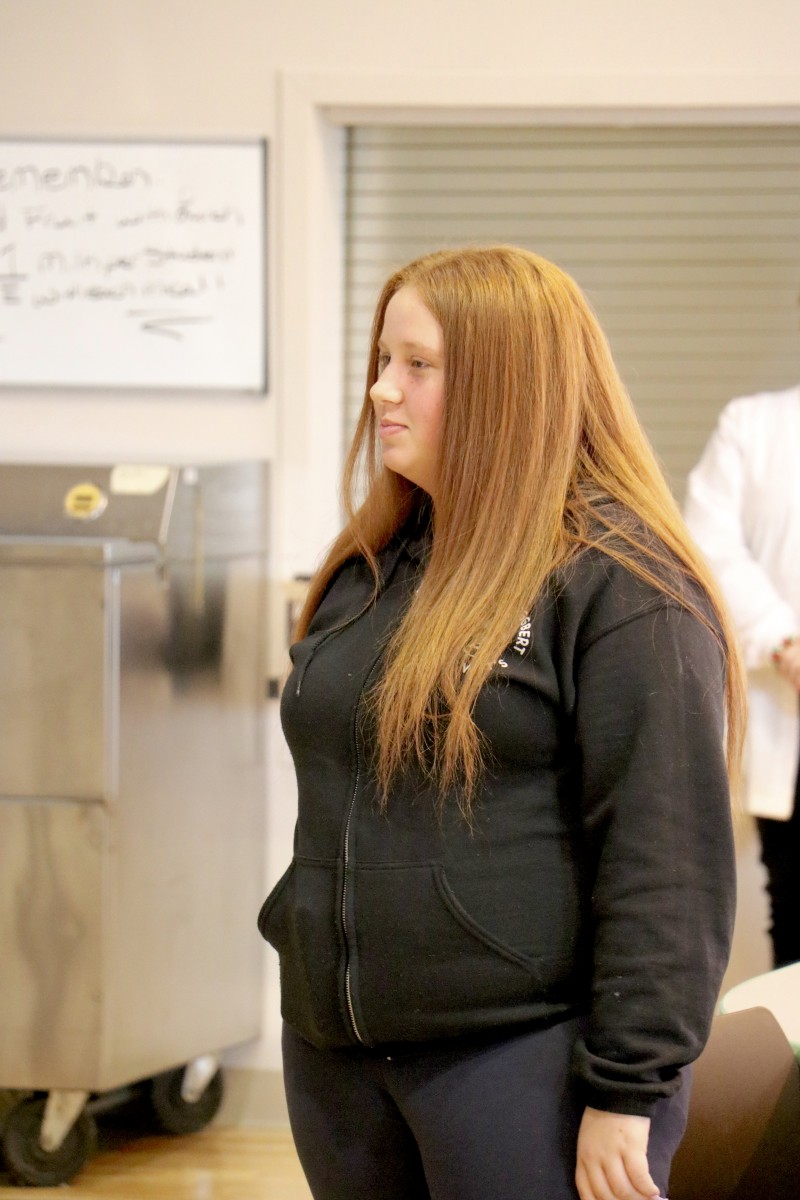 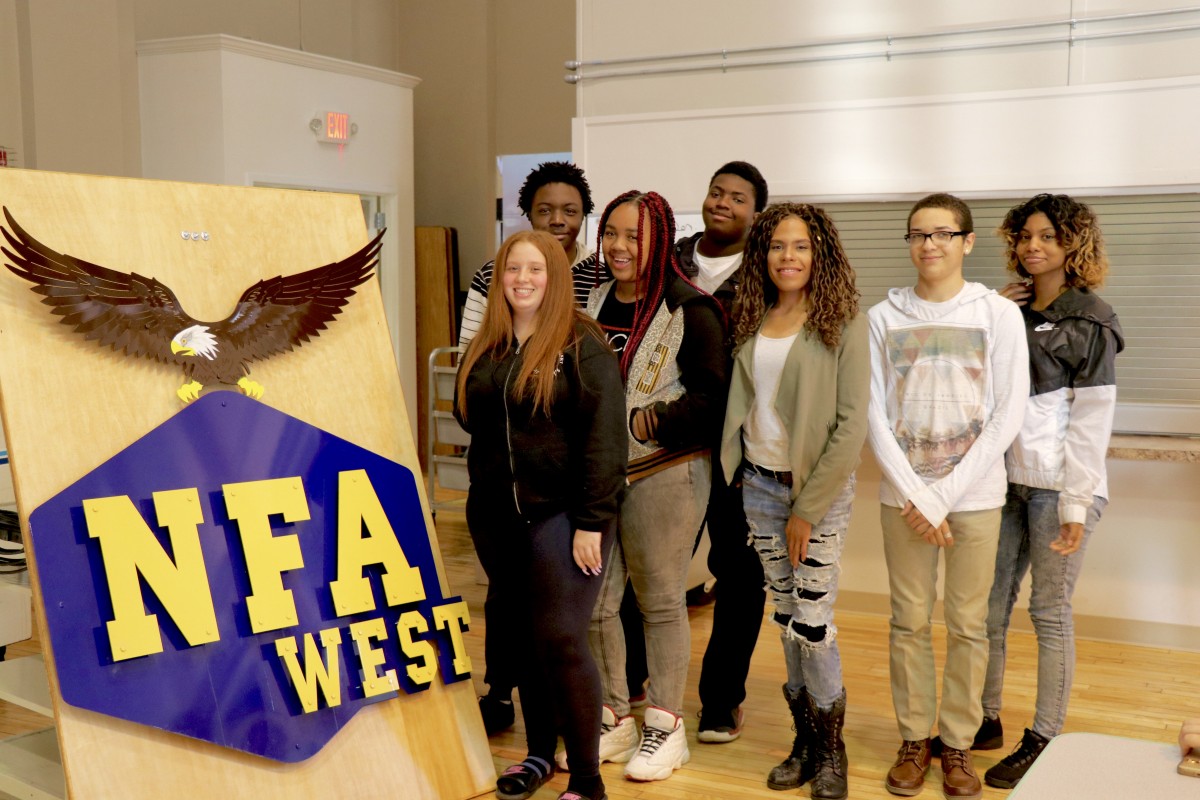 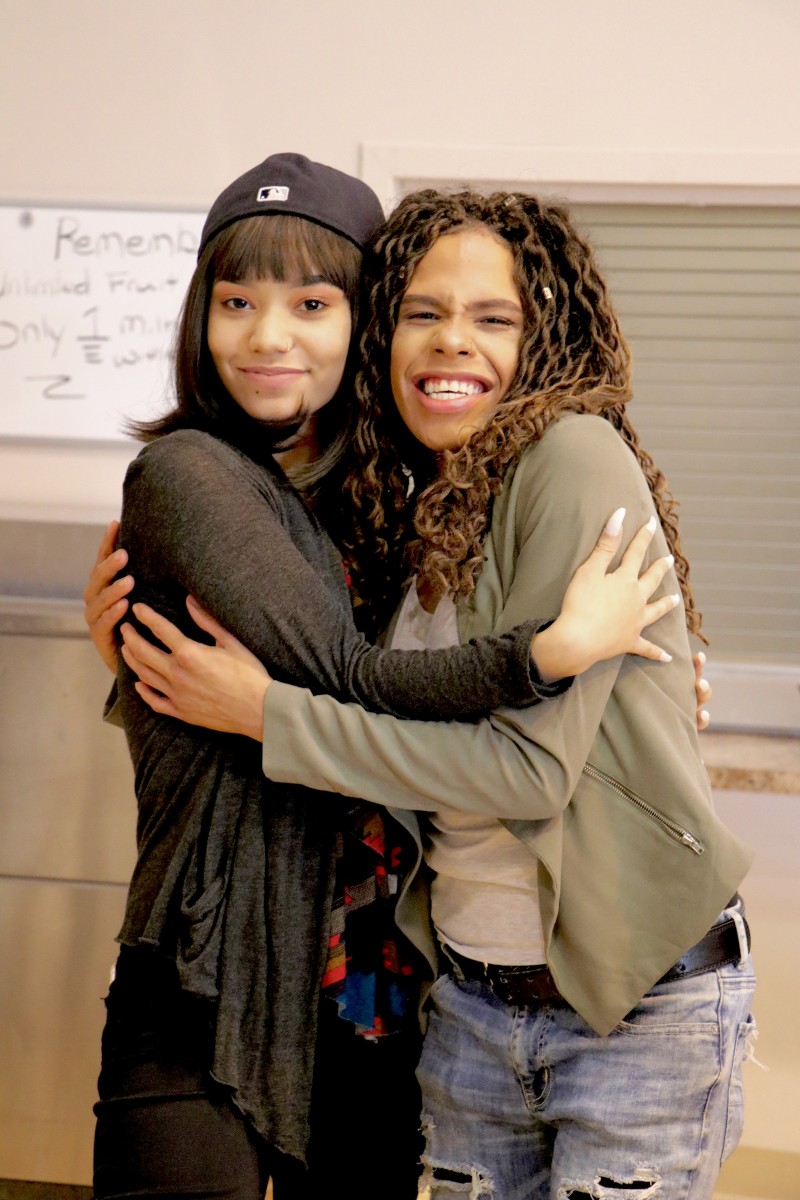 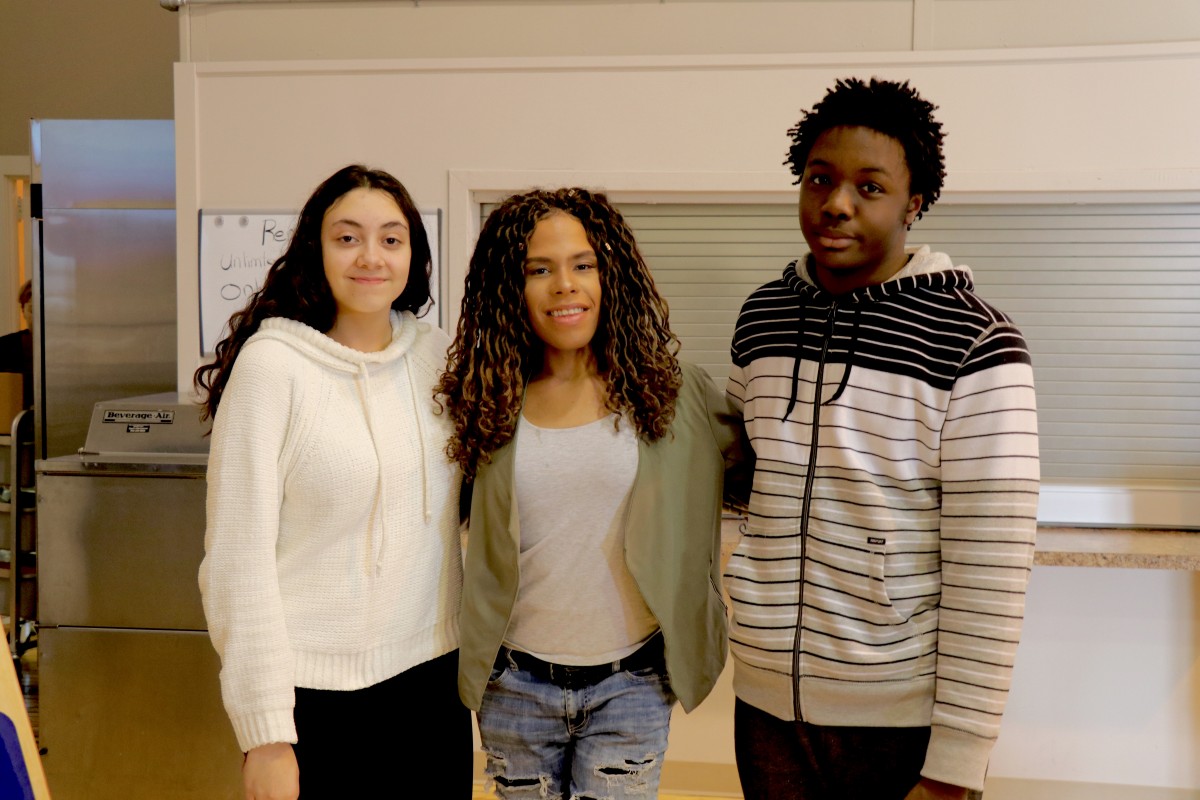 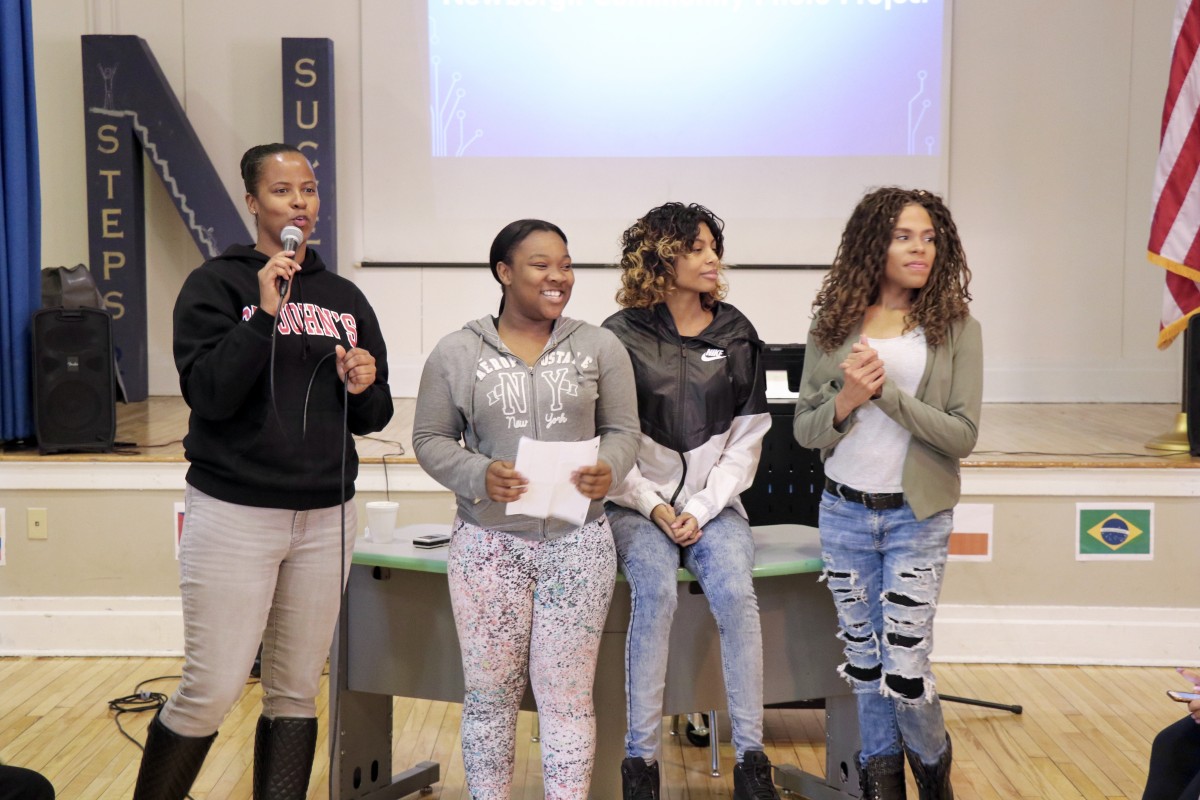 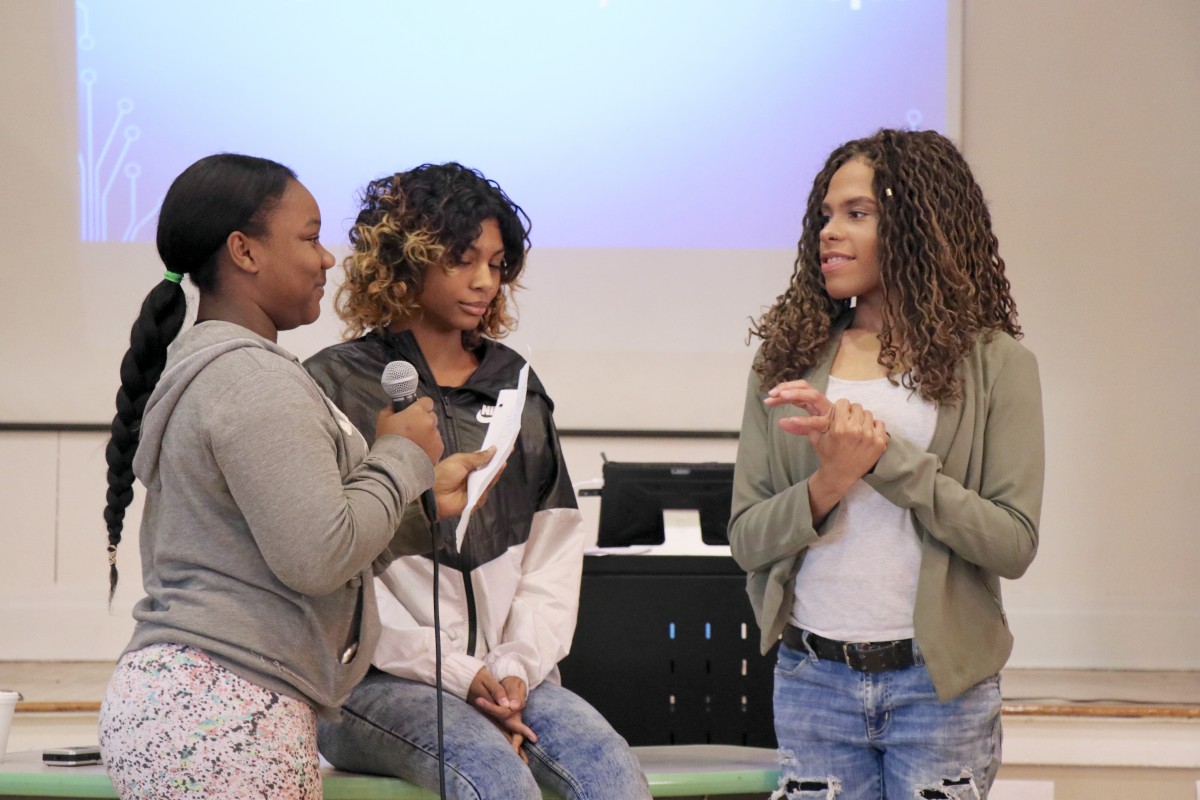 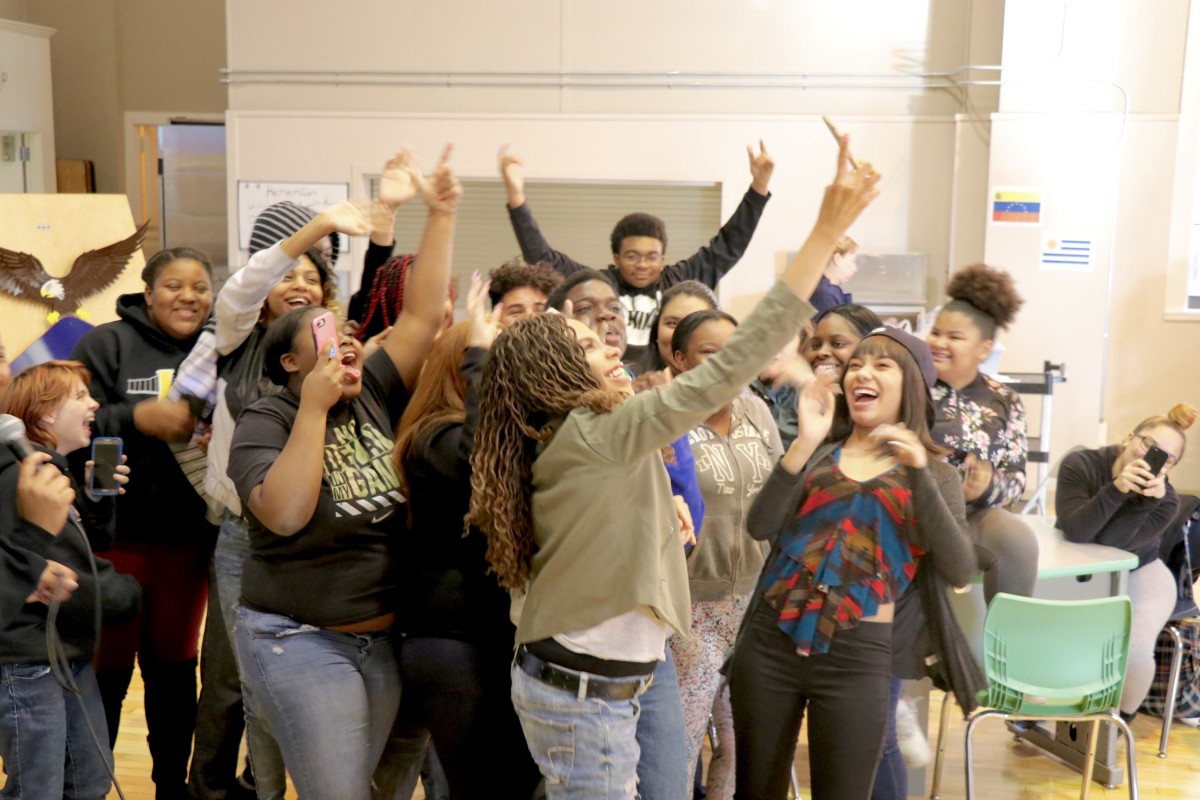