Bryce Knight wants his art to make people feel seen - especially those who are part of his generation who are more in tune with their emotions and have a higher rate of suicide and mental illness. His main goal is to help those who may feel out of place to feel not so alone anymore. Bryce Knight is a senior at Newburgh Free Academy Main Campus and will be attending Howard University to study Psychology and Neuroscience in the fall. Incorporating his artistic abilities with his academic pursuits is a possibility, but he's still figuring that part out for now. What Bryce knows for sure is that he wants to help people, especially his peers.

The project began by simply asking his AP Studio Art teacher, Ms. Nicole Mischo, if he could paint on the wall. Knowing that Bryce is always busy and very productive, she said "yeah, go ahead." The project took two weeks and two days. What started off as a painting of two people, an entire wall in NFA's West Wing is now completely covered by beautiful faces with piercing eyes. The primary encouragement for the expansion of the project was the reaction from both students and adults who passed by. People exclaimed that they could see themselves in the people that Bryce was painting, which was all the motivation he needed for his project to evolve.

With one notable exception, all of the people in the mural are figments of Bryce's imagination. He starts drawing by using the natural proportions of people he knows (himself, his mother, and his father), then tweaks those proportions to make them look like a different person and adds elements of social issues that people face everyday. The one notable exception - his mother is in the center of the mural. Bryce explains his mother's inspiration below.

Bryce is an artist and is no stranger to painting, but has never painted anything of this magnitude. His AP Studio Art teacher, Ms. Mischo is thrilled to have students back in person working and seeing the work of their peers. She decided to let Bryce run with his idea and the focus that he was most inspired by. "When you have a kid like this, you have to find a way to run with it. Sometimes it's just about not holding them back." For the most part, Bryce worked independently, but sought guidance from Ms. Mischo for specific aspects and proportions of the facial features. Bryce always had the encouragement and support of Ms. Mischo.

Bryce will be walking across Academy Field in a few short weeks, but his artwork and his impact on others will remain in the hallway of NFA.

Bryce explains his inspiration for the piece here:

Growing up as a black man I have to work ten times harder to survive and triumph. I was taught to hold myself with power and intelligence; be a melanated competition. I seek to break unorthodox and demeaning stereotypes such as, “ Your hair is distracting," or your hair being in braids is unprofessional, or wearing a durag makes someone look criminal, etc. I want to change these meanings into a representation of power, intelligence and greatness.

I describe the various hardships that different types of black people have to face on a day to day basis through my art and with the help of my art teacher, Mrs. Mischo. Each character on the mural has a story of black people overcoming their challenges and becoming the kings and queens they are today. None of the characters are specific people with the exception of the woman with the blonde braids and red bandana; she represents my mother and the constant everyday struggle that black women have to face, not only being a woman but being black. I see my mother as a powerhouse. Not only is she a woman that faces sexism but also being black she faces racism/colorism, in addition to being a mother of three children. Her strength leaves me in awe.

I left the remaining characters open to interpretation and not tied to a specific person so that black students can see themselves in these characters and learn that their melanin is going to be repeatedly attacked because the attacker fears their crown.

I want to be a representation for young black men and help them understand that through all the trials and tribulations they face, they are never going to fight alone. 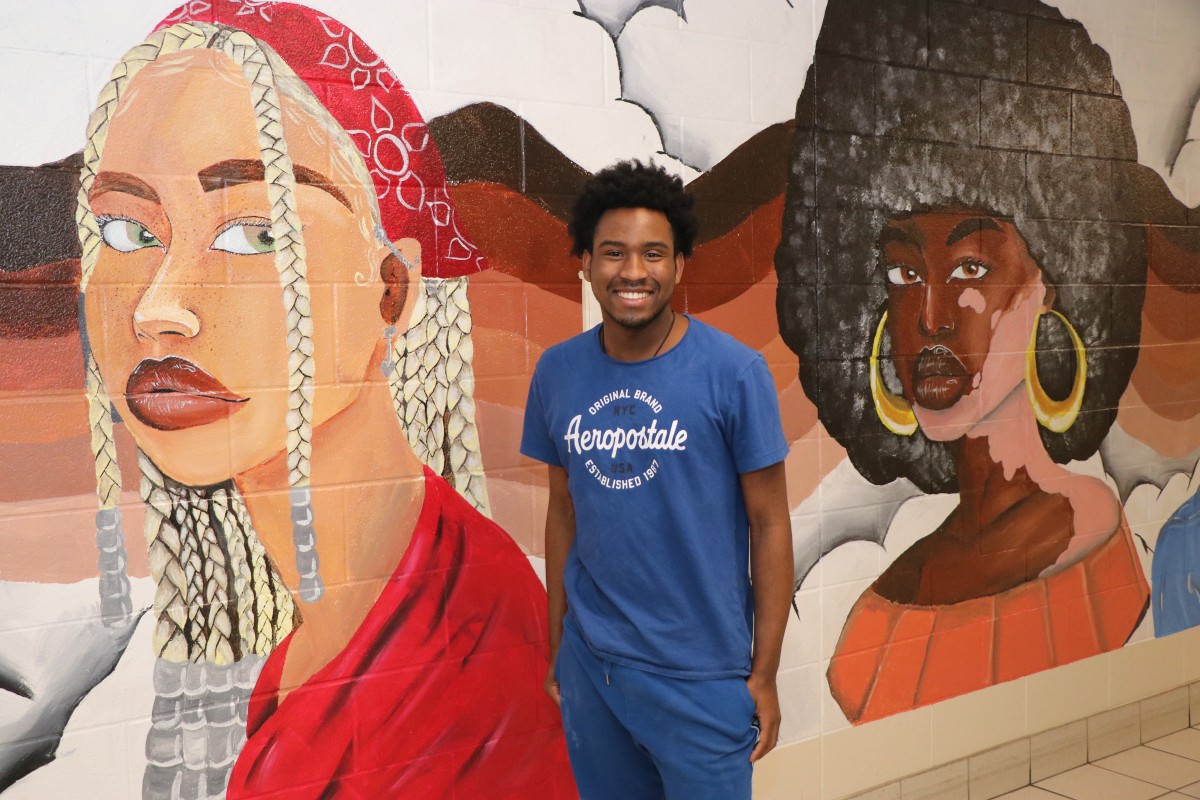 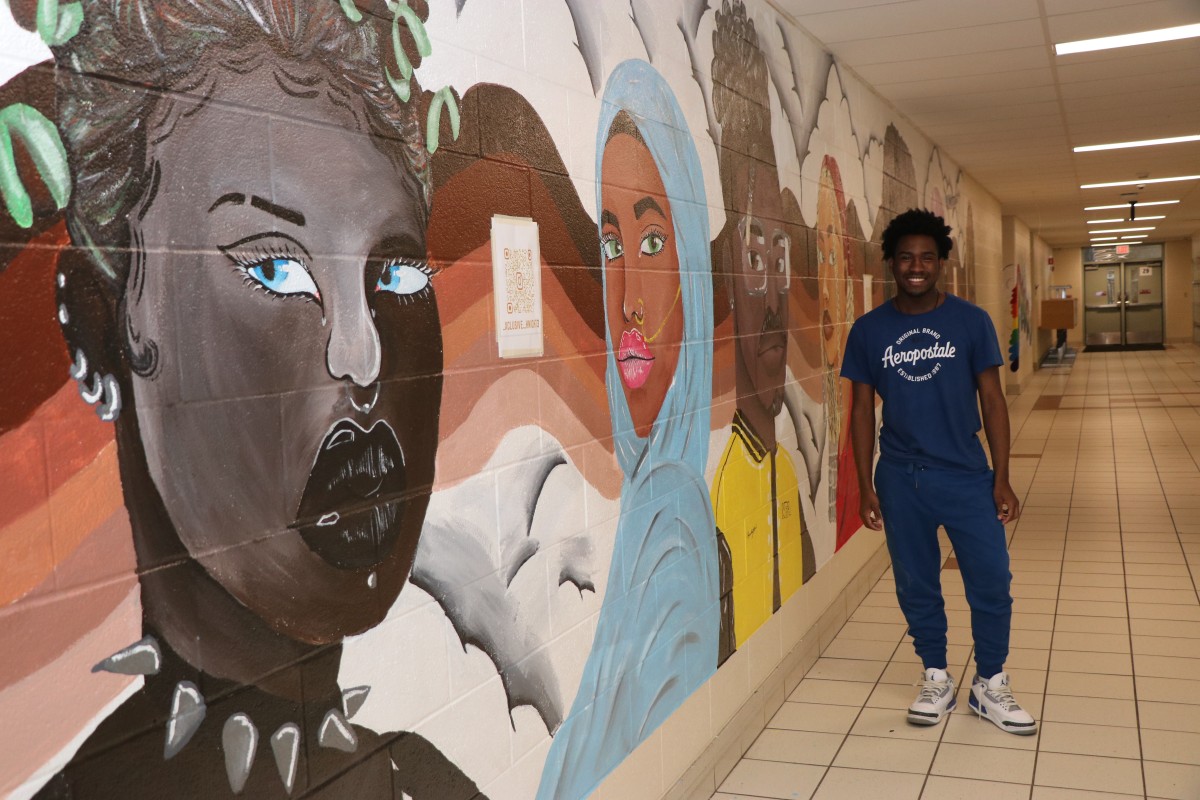 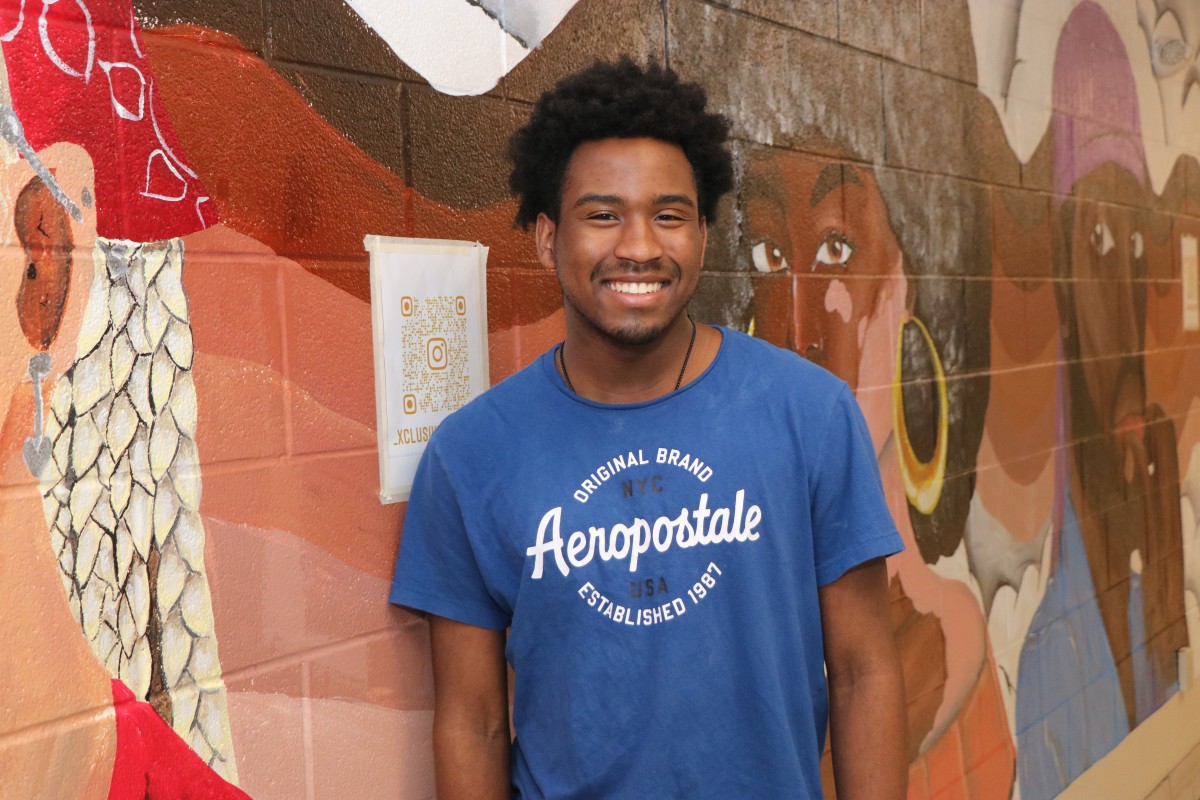 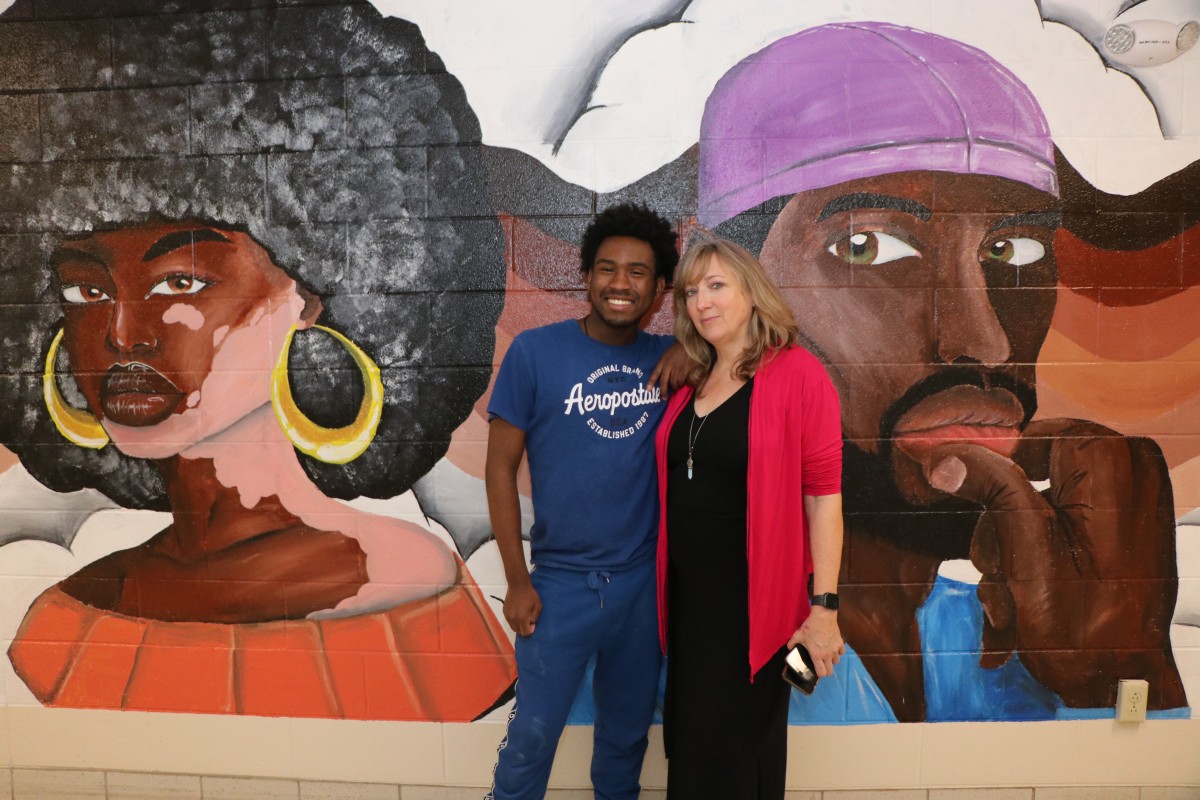 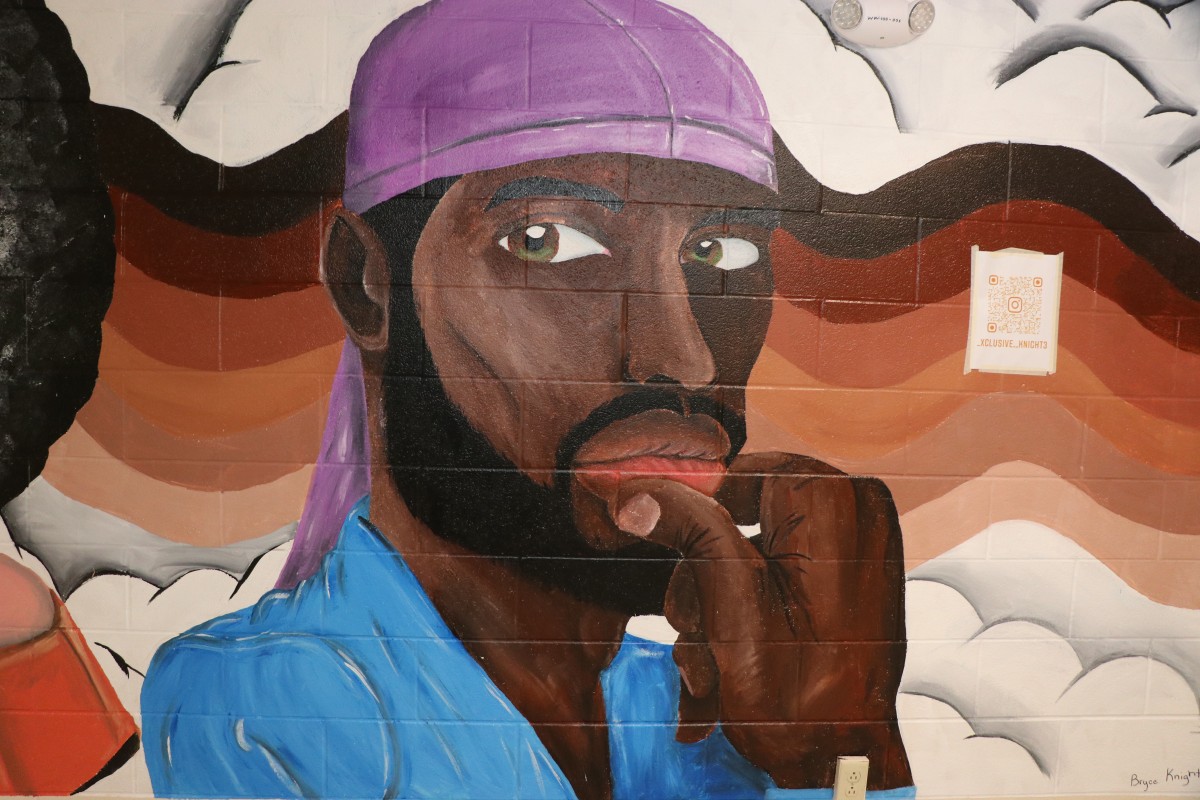 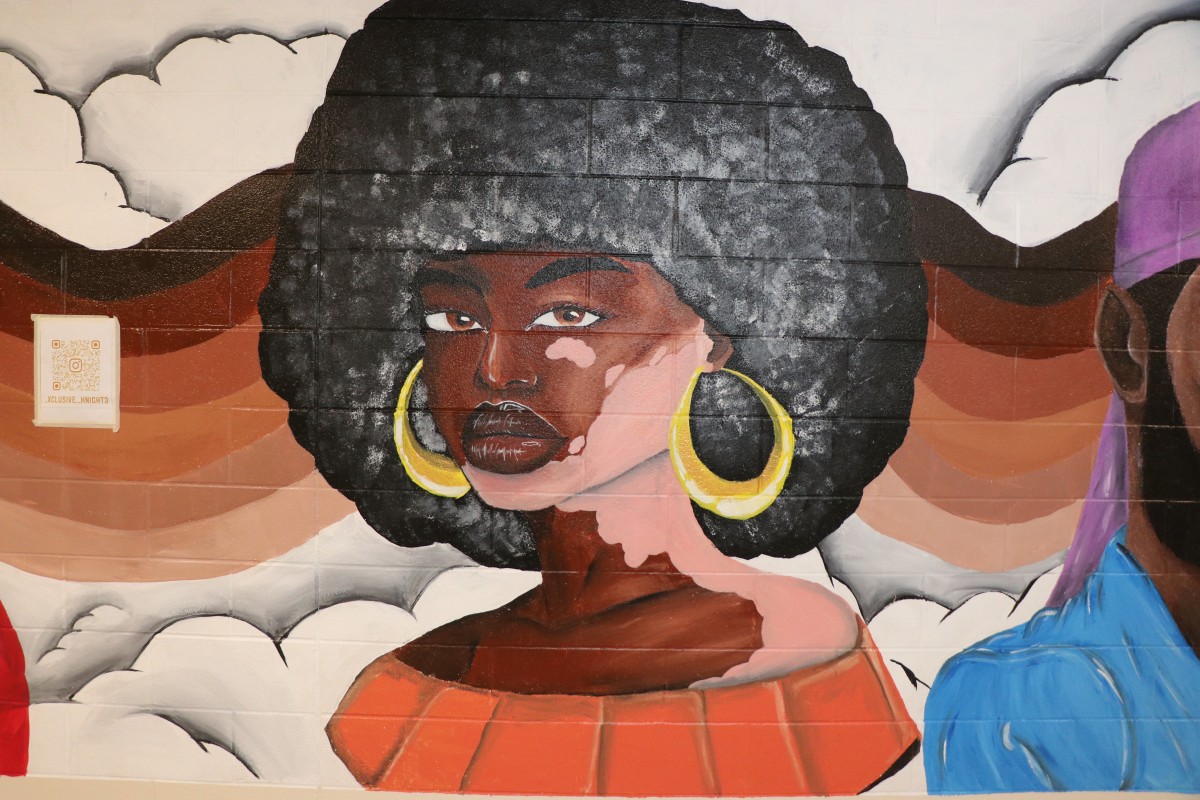 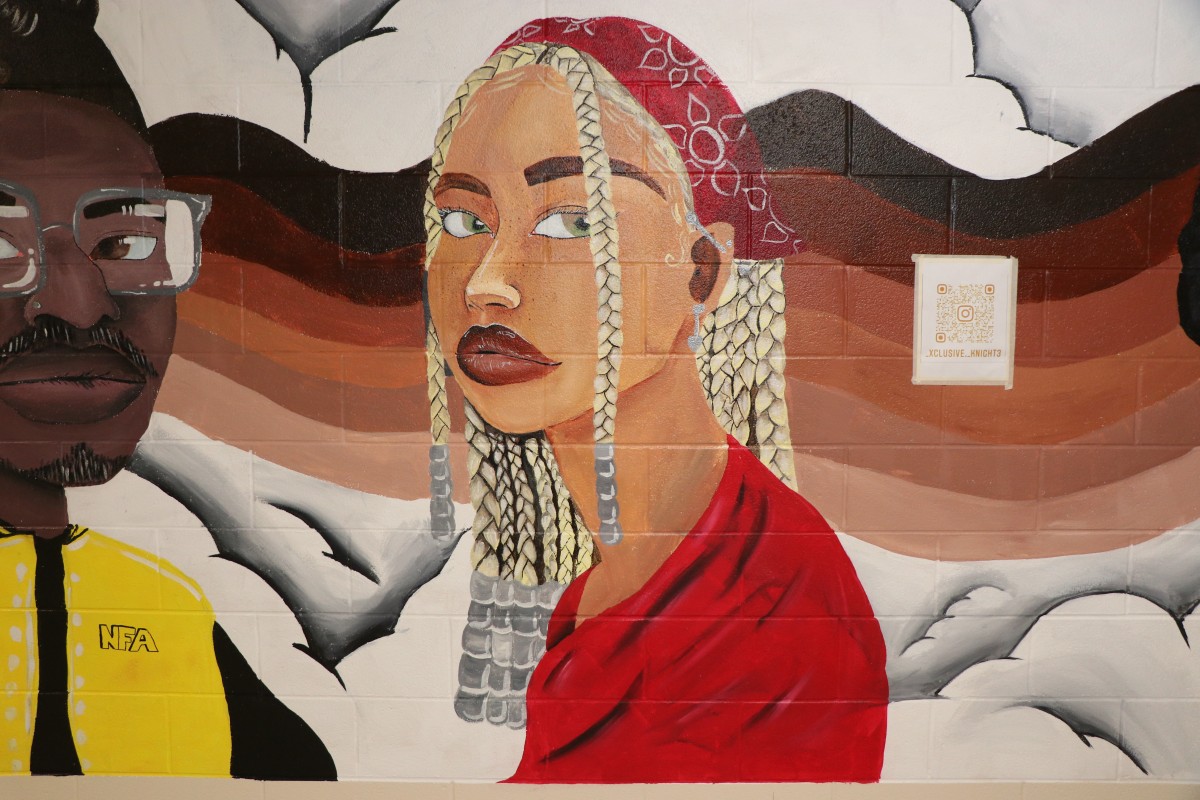 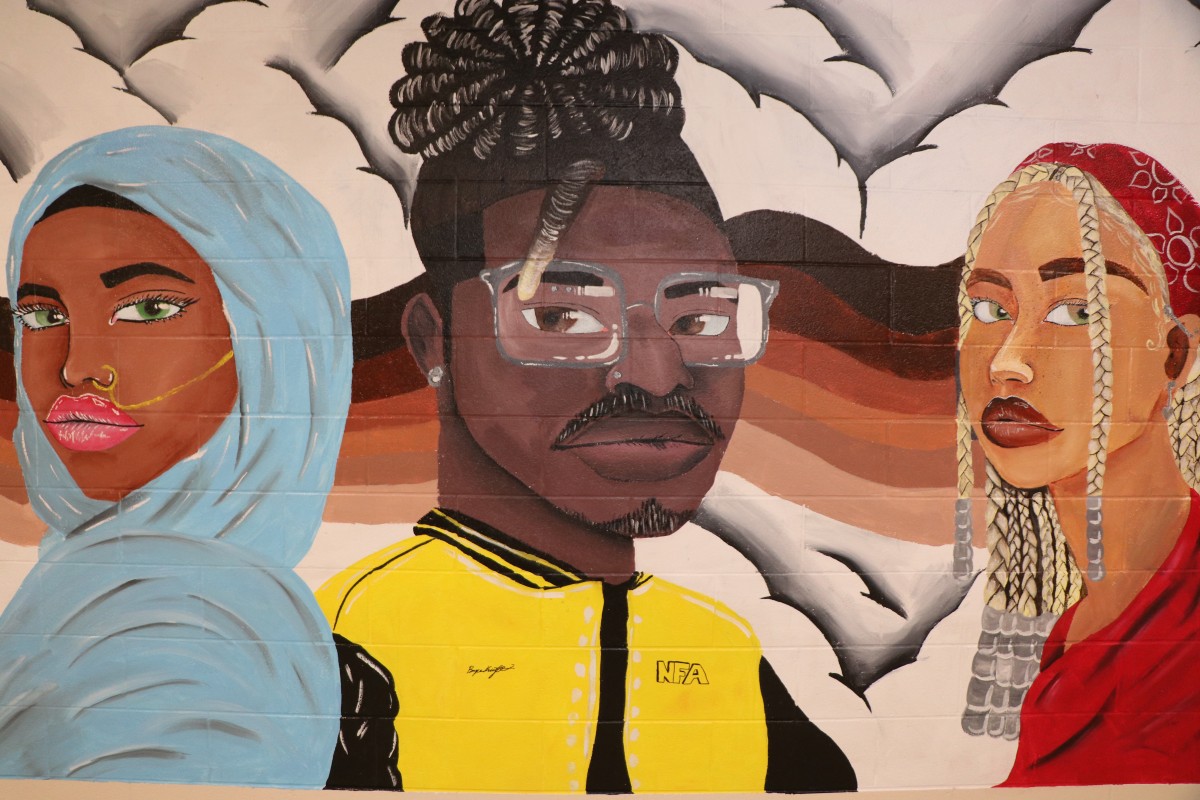 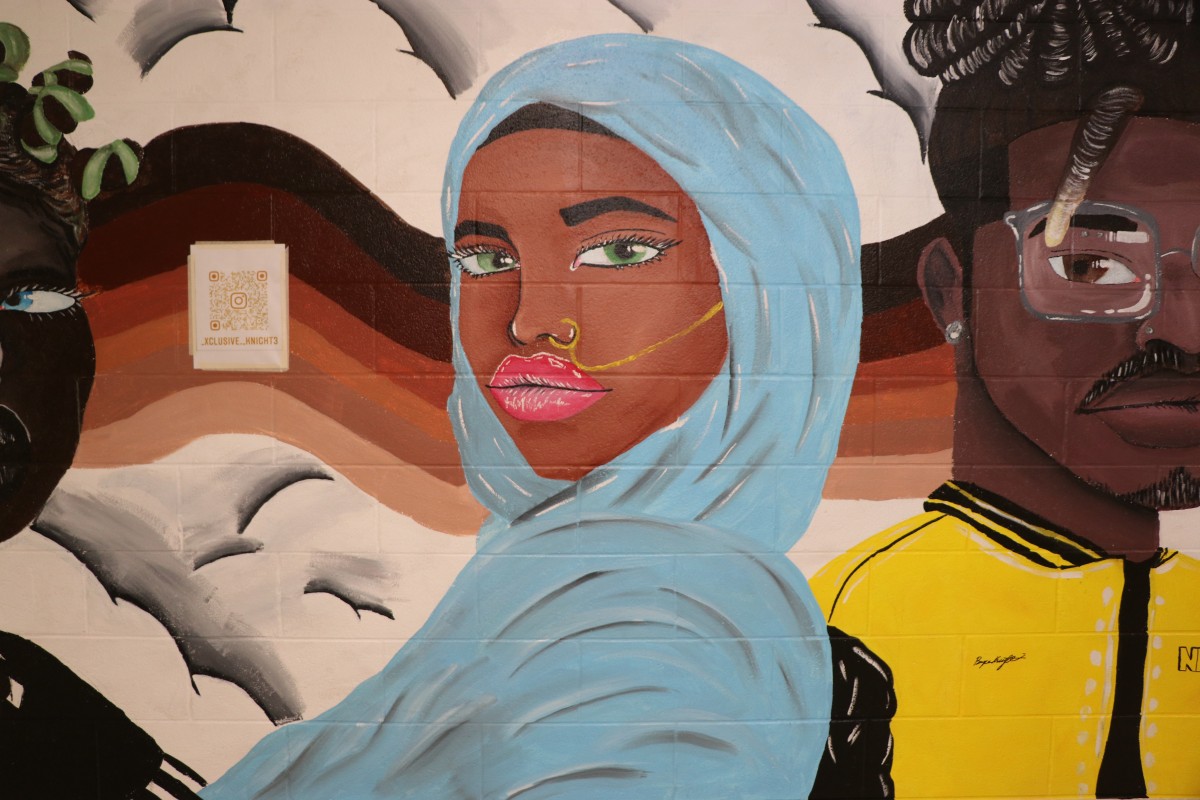 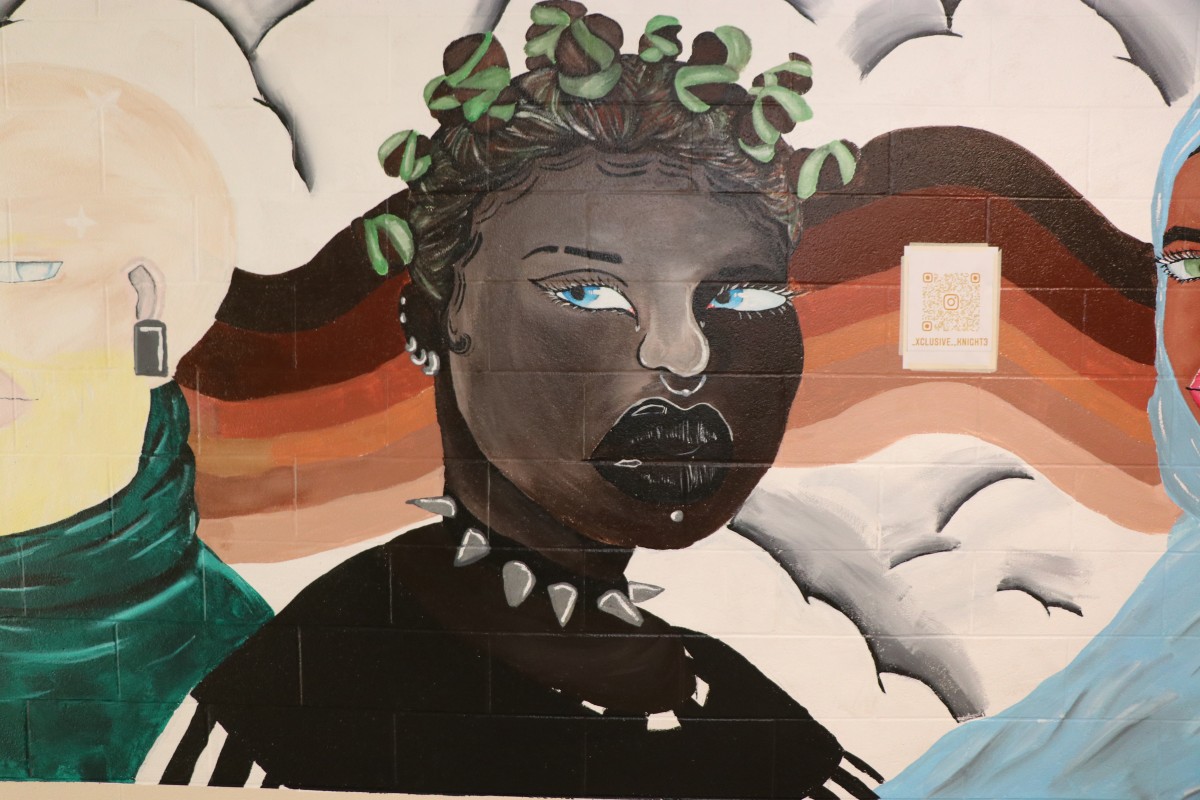 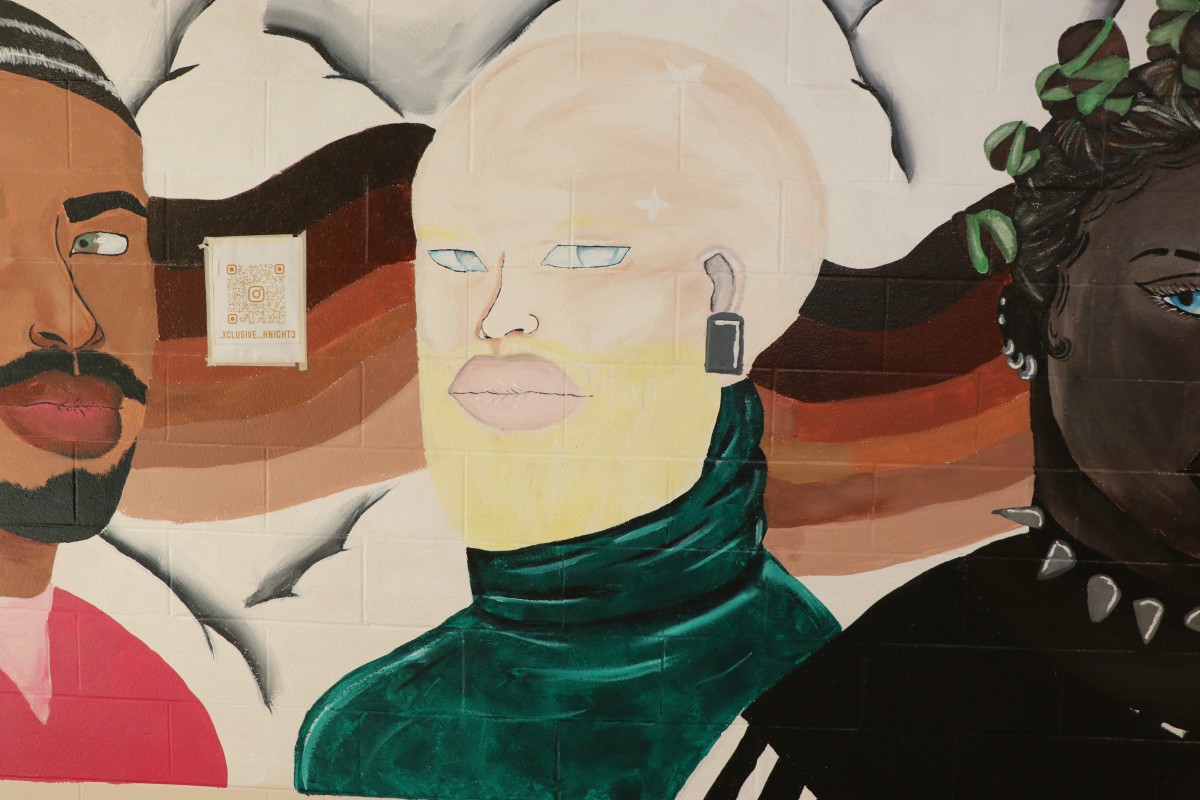 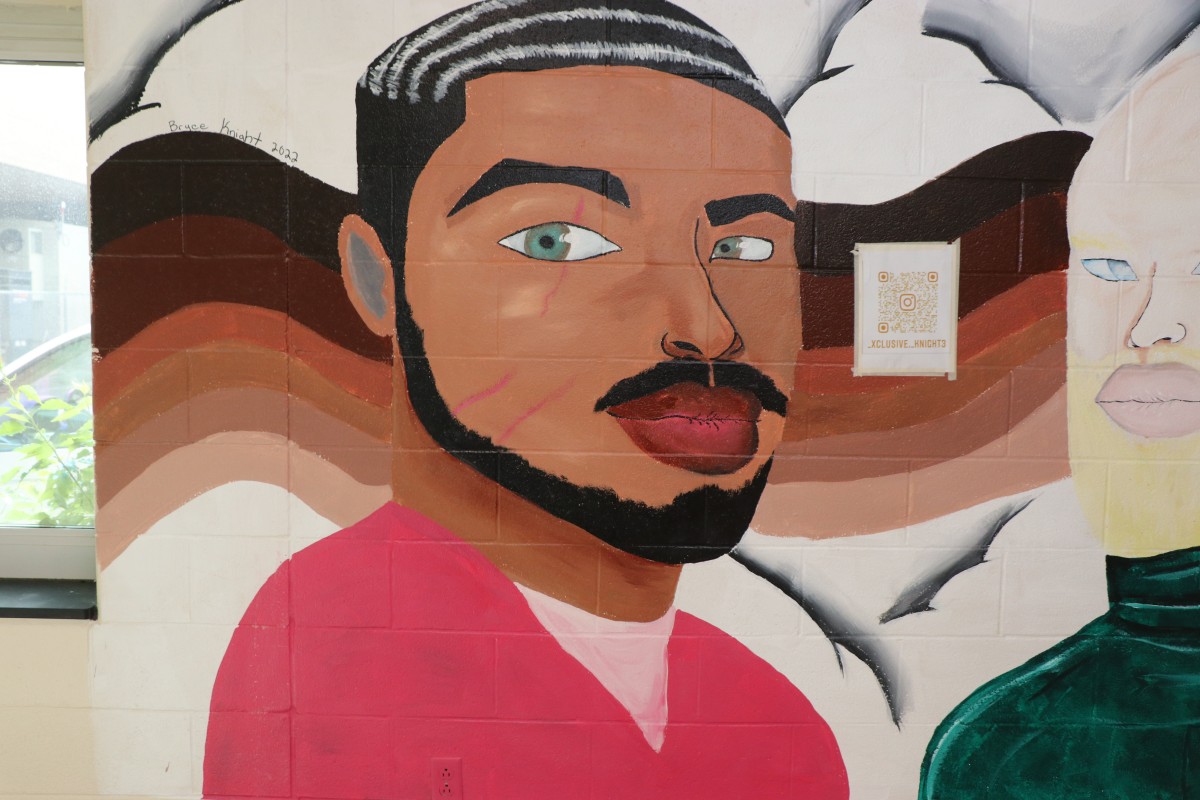 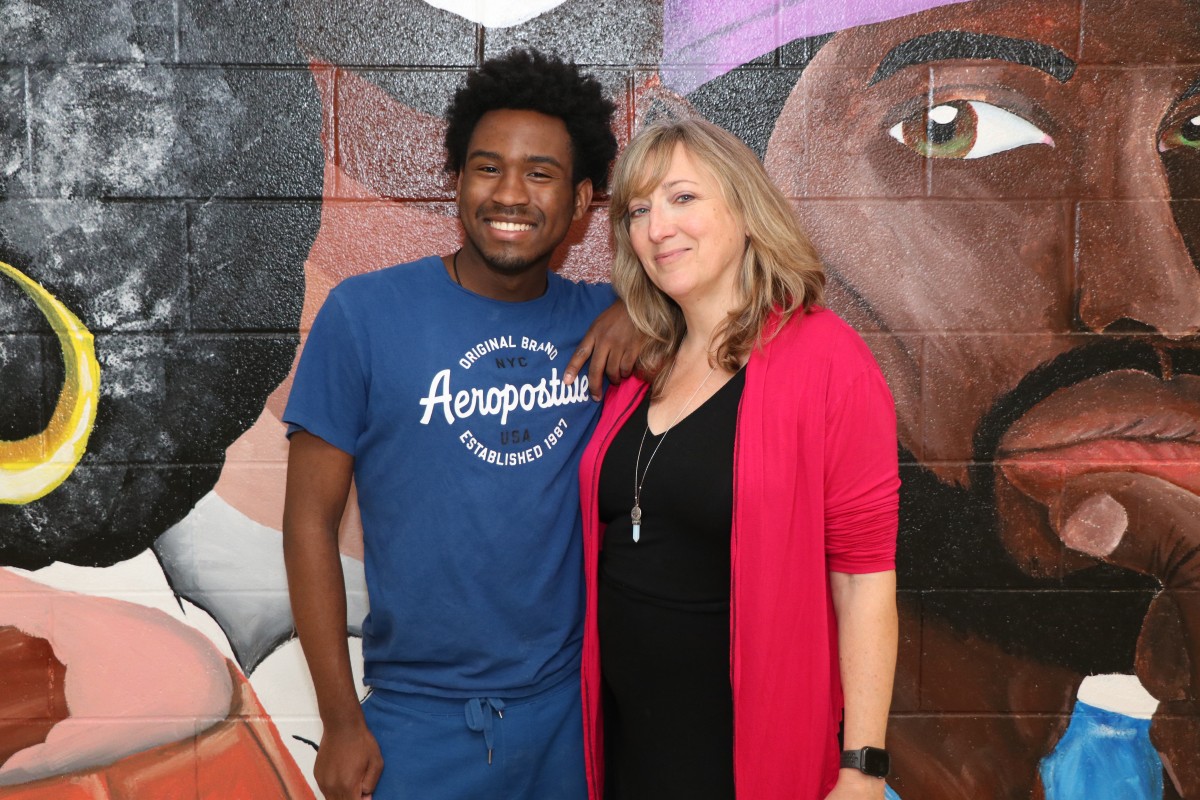 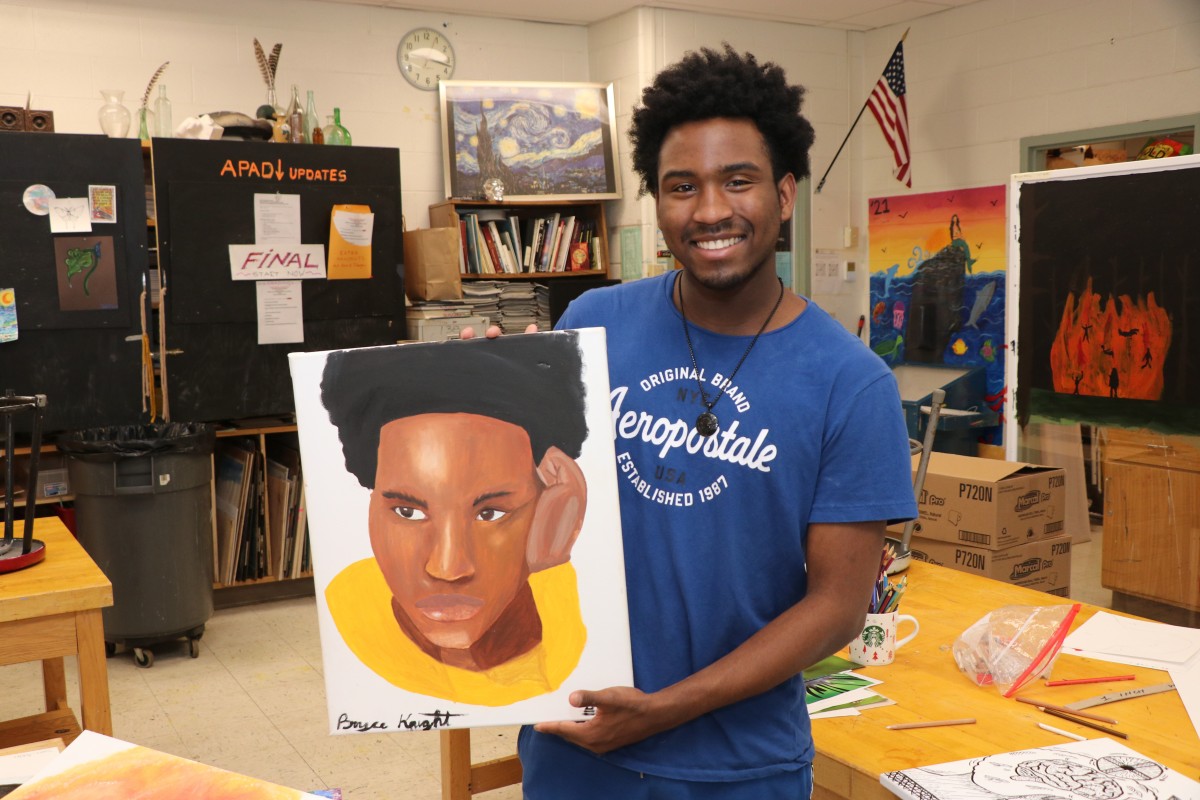 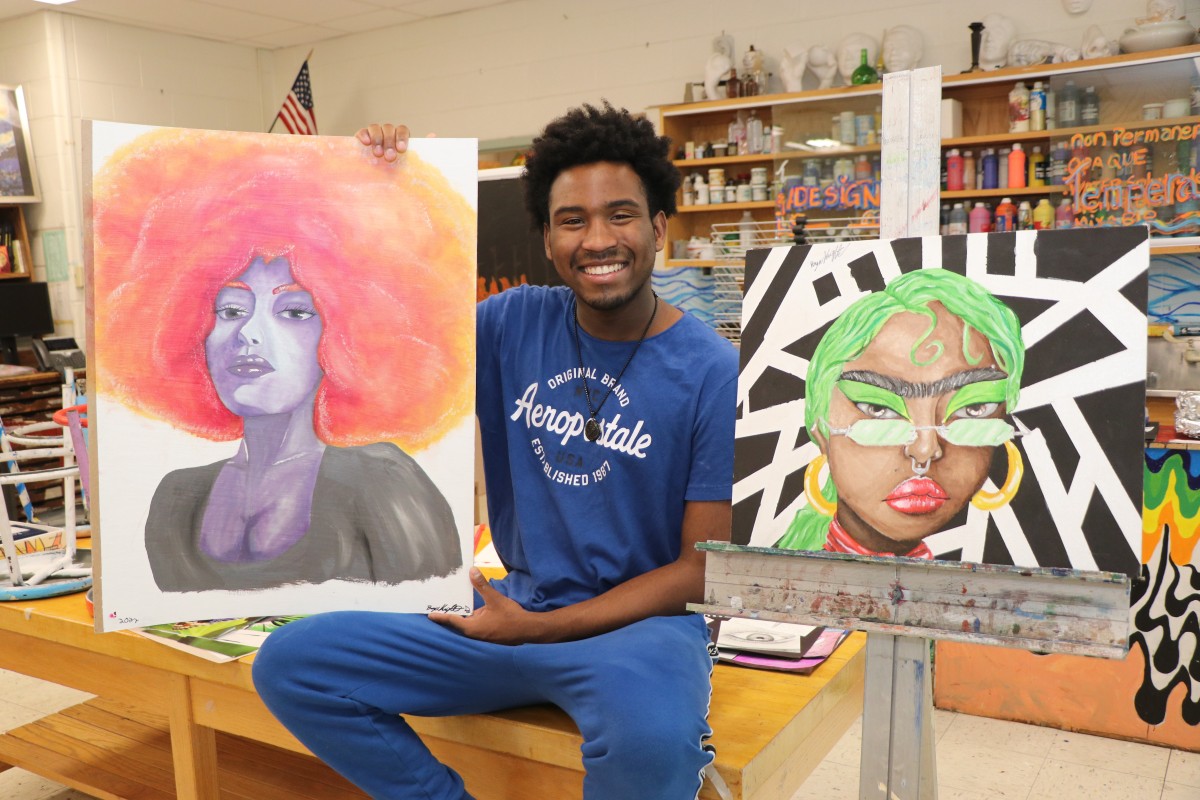 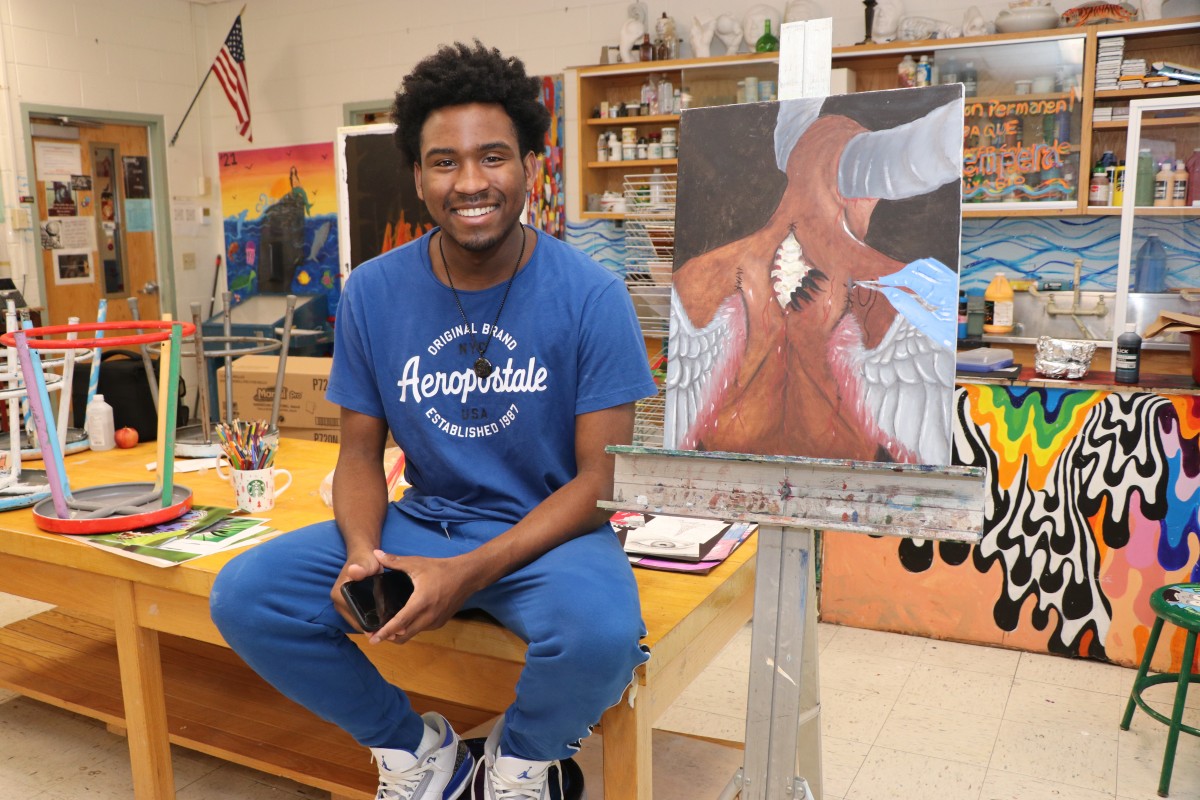