NFA West had members of the K9 Unit from the City of Newburgh Police Department in to discuss the role of police dogs as well as career opportunities available in this line of work. Mr. Rudy Rodriguez coordinated with the department for two officers in the K9 unit and their dogs to speak with the students. NFA West freshman, James introduced the guests with a brief bio and introduction.

Officer Bill Hinespet has been in the City of Newburgh Police Department for 12.5 years. He has worked with his partner, a Shepard named Bella, for the last two years.

Officer Curtis Hahne has been been a member of the City of Newburgh Police Department for 15 years. He has worked with his partner, Tank Tebow, who you can follow on Instagram @K9TankTebow, for the last 7 years.

Tank Tebow is a bloodhound and is a single purpose dog – to trail people. Most famously known around town for helping to locate two missing children who were trapped in a snowbank a few years ago. Tank Tebow can take an article of clothing or something that someone has touched and locate them. His oldest trail was 72 hours.

Bella, a Shepard is certified in explosives. She’s often used to track suspects and people who get lost. She is trained in 16 different kinds of explosives or really the ingredients often used for explosives.

One popular question among students was if the officers bring the dogs home with them at night.

“She comes home with me at night and she knows the difference between home and work. When we come to work, she's a different dog than she is when we're at home and she’s playing with my kids.” Office Curtis Hahne

Bloodhound Tank Tebow has also appeared in the movie The Born Legacy and has had a few appearances on the TV show Bluebloods.

Another popular question among the studnets was whether or not the officers get to keep the dogs when the dogs retire. The answer, “The dogs are City property. Upon his retirement, we are able to purchase the dogs - usually for $1.”

Students also asked about requirements to become a police officer in Newburgh, which requires a high school diploma or GED. For rest of Orange County, 60 college credits or an Associate’s degree or two years of active military. Similar requirements apply for the NYPD and State Police.

“This is not a job for a dog, but a game. He plays a game of hide and seek every time we go out. He thinks it's his toy or his treat that we are looking for.” Officer Curtis Hahne said of Tank Tebow

“We make it fun for them and reward them with treats, food, and toys. And they look like a puppy when they play with a brand new toy.” Officer Bill Hinespet says of Bella.

Something else the students learned was that the Shepards often come from oversees. Bella was vetted and has her own passport. 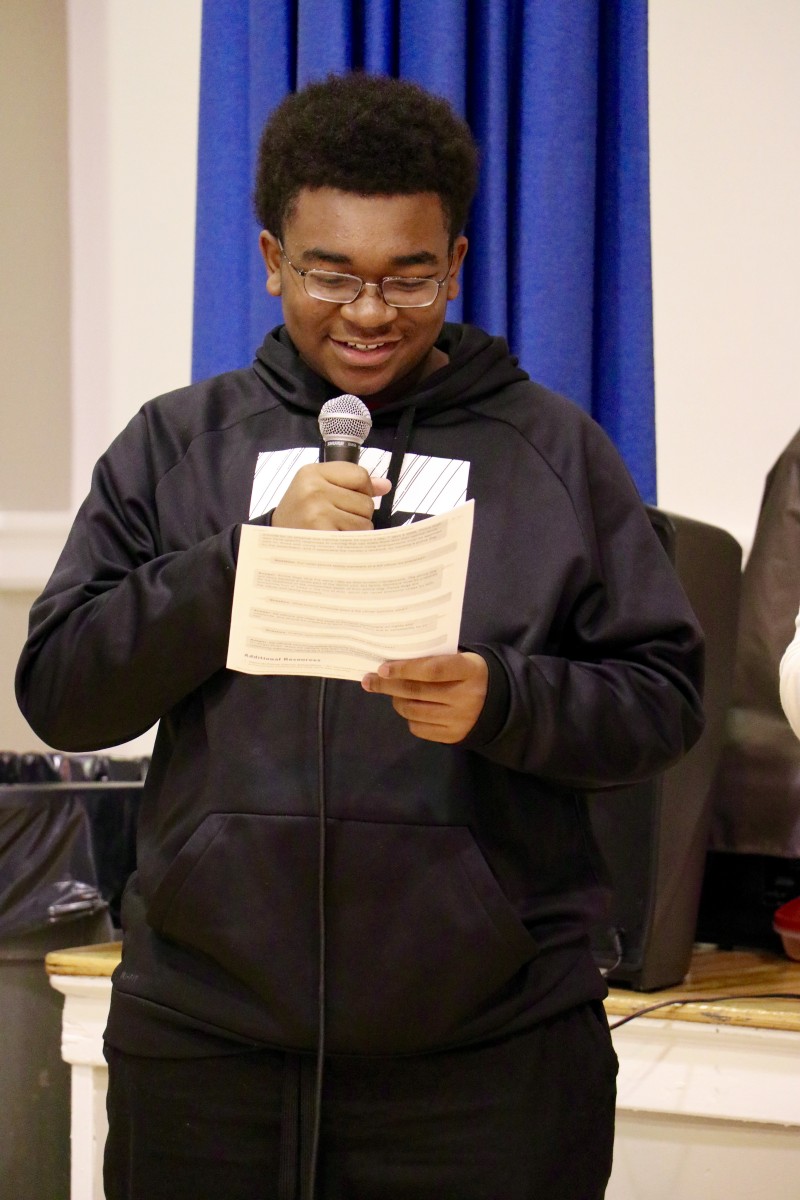 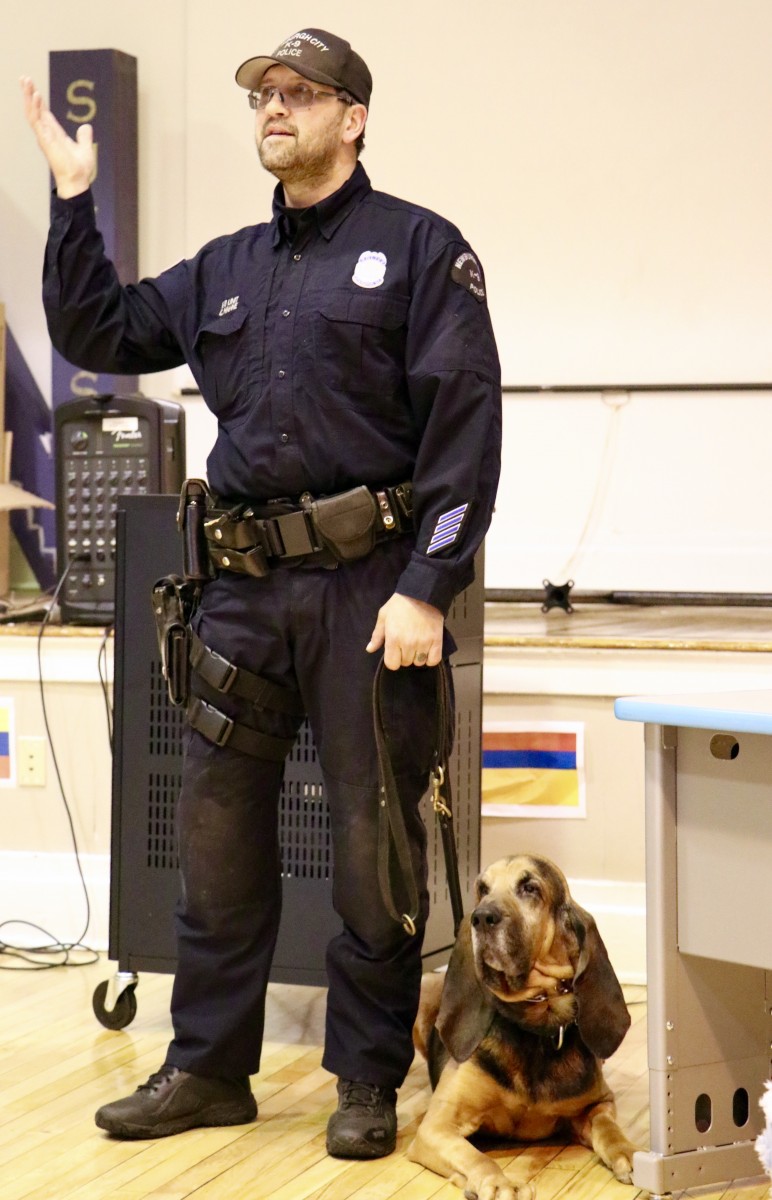 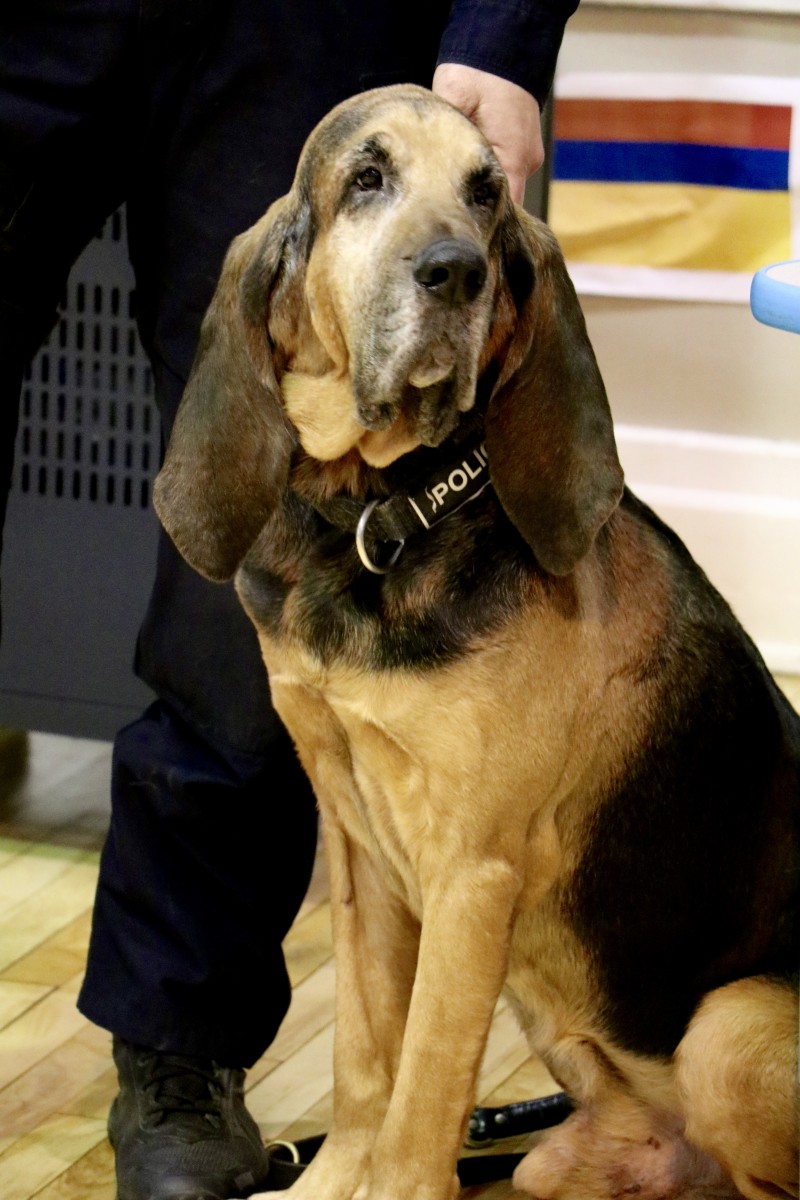 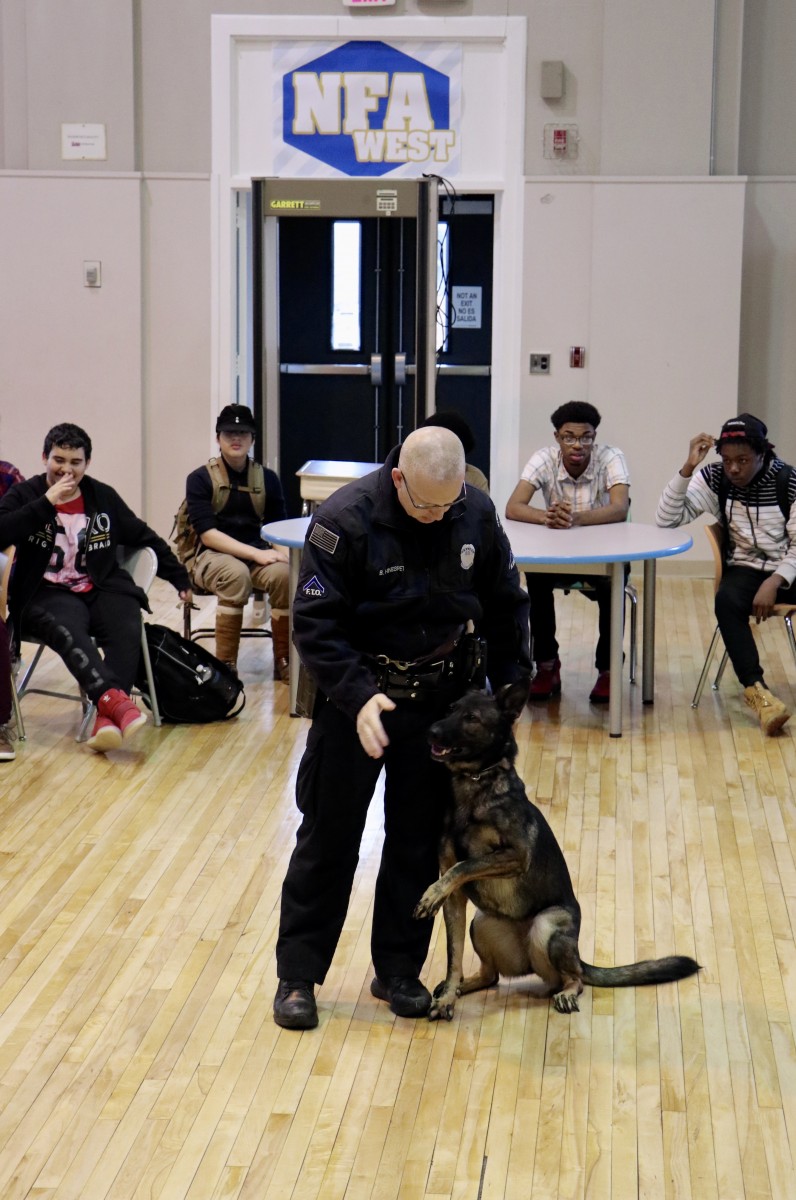 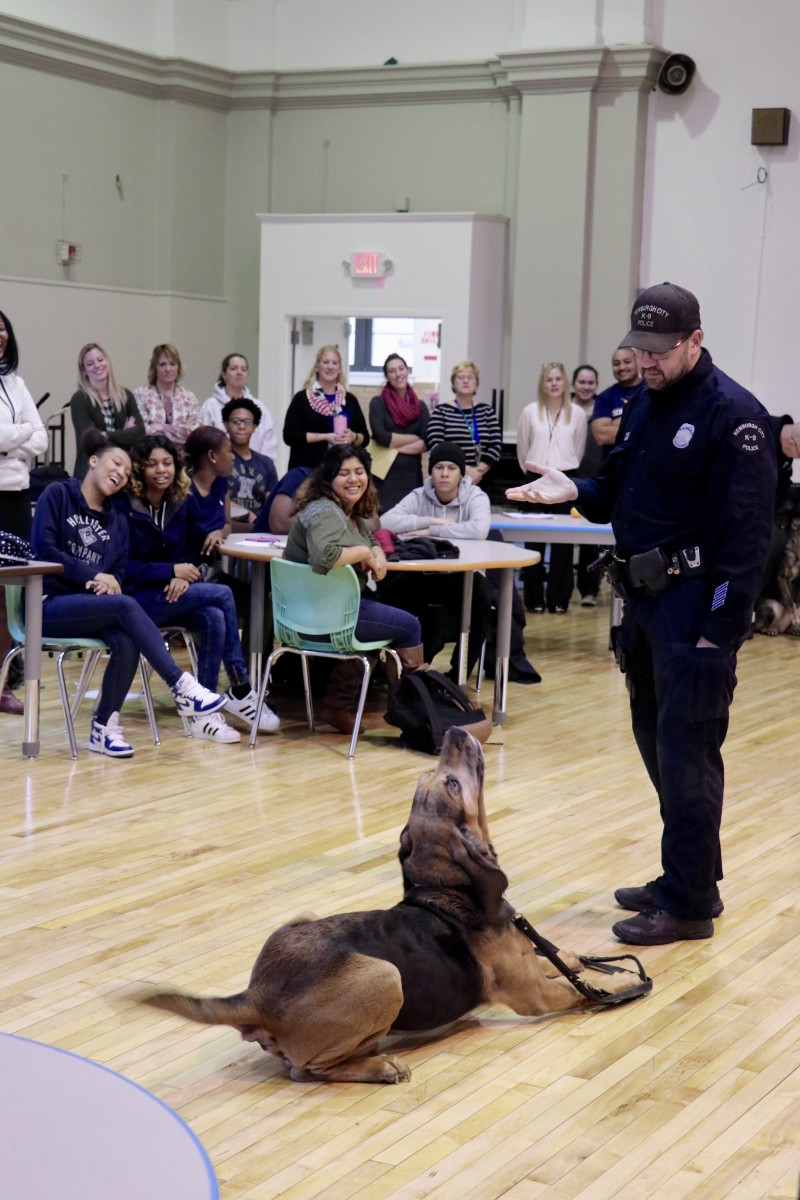 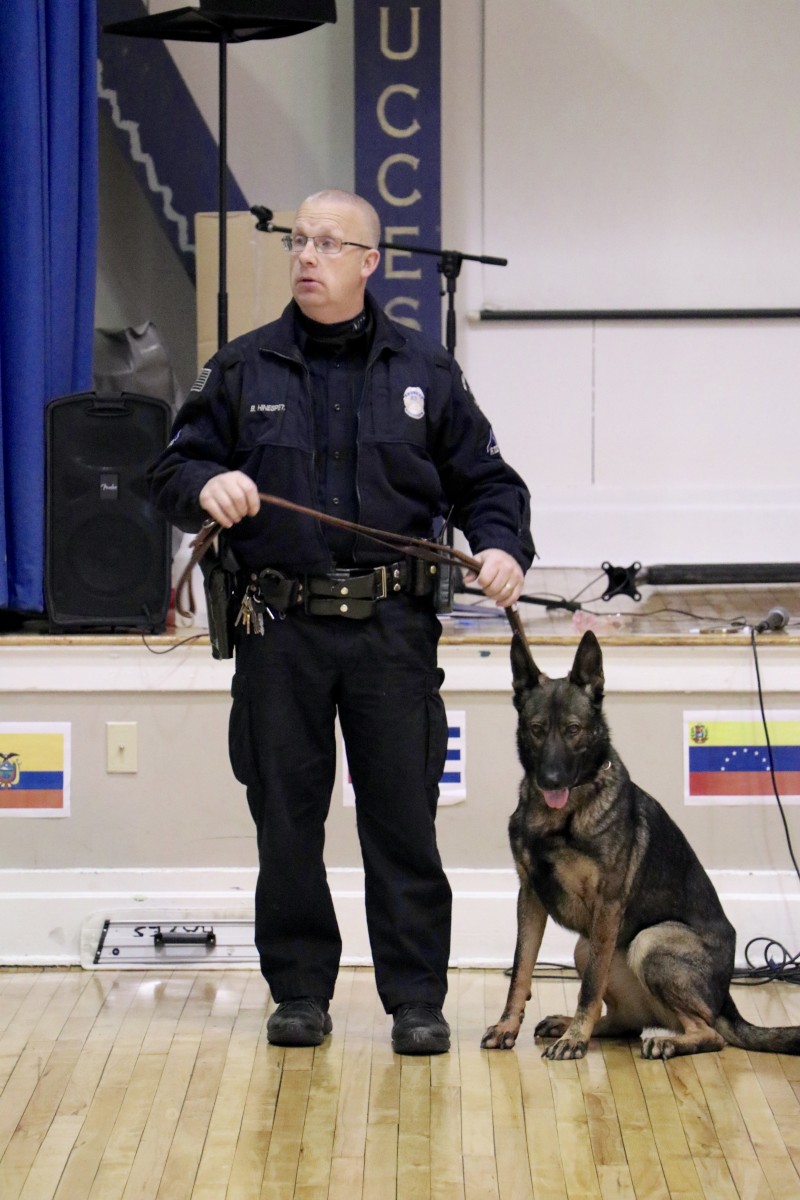 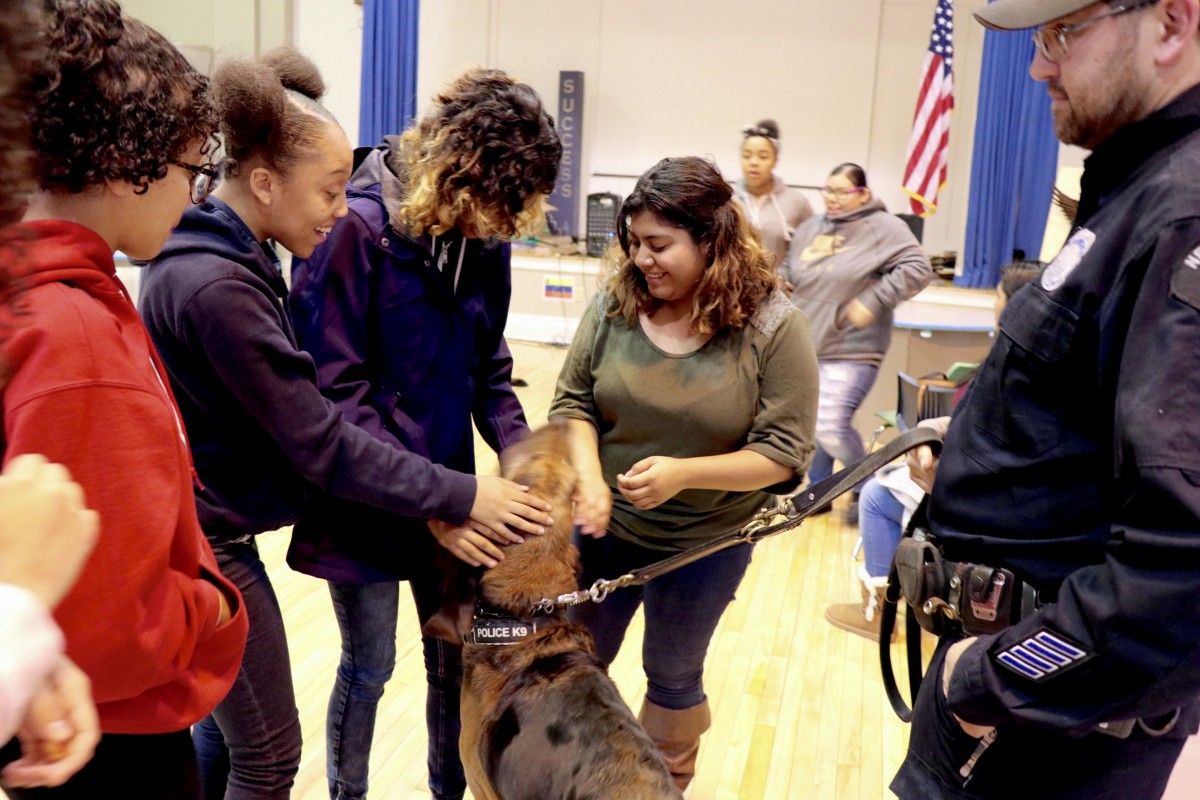 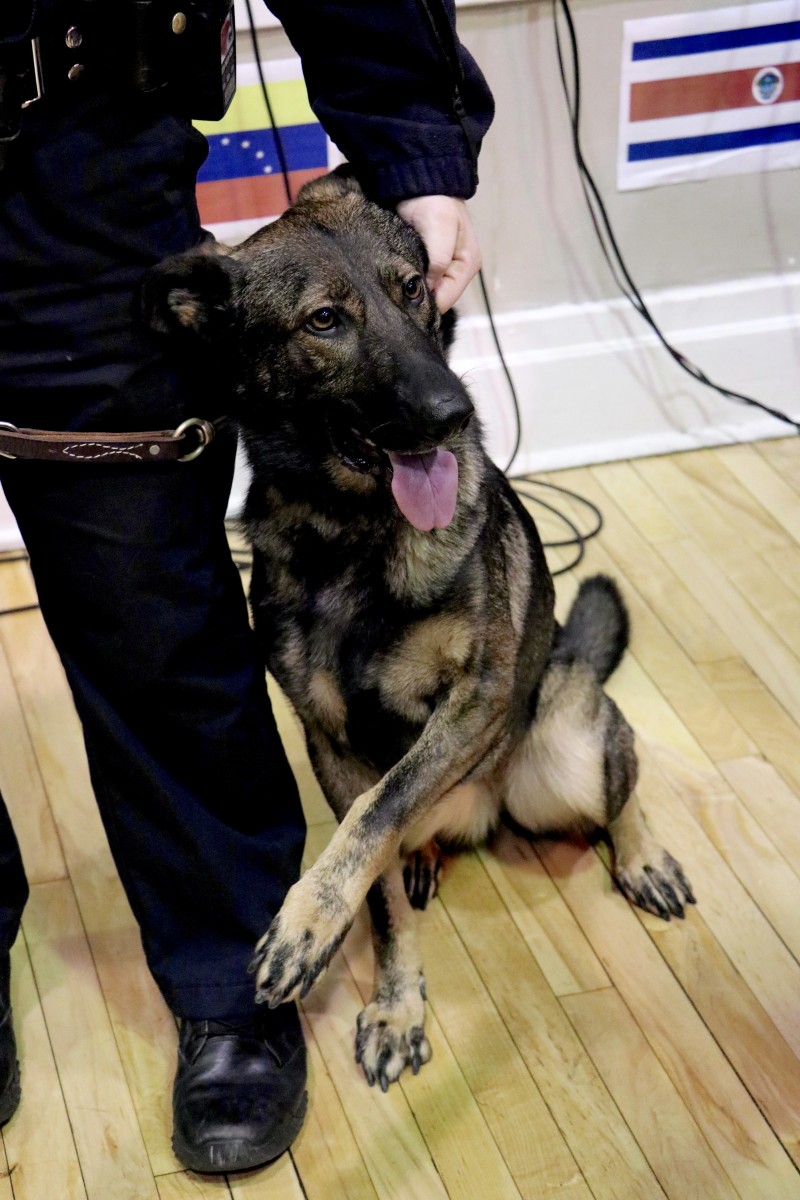 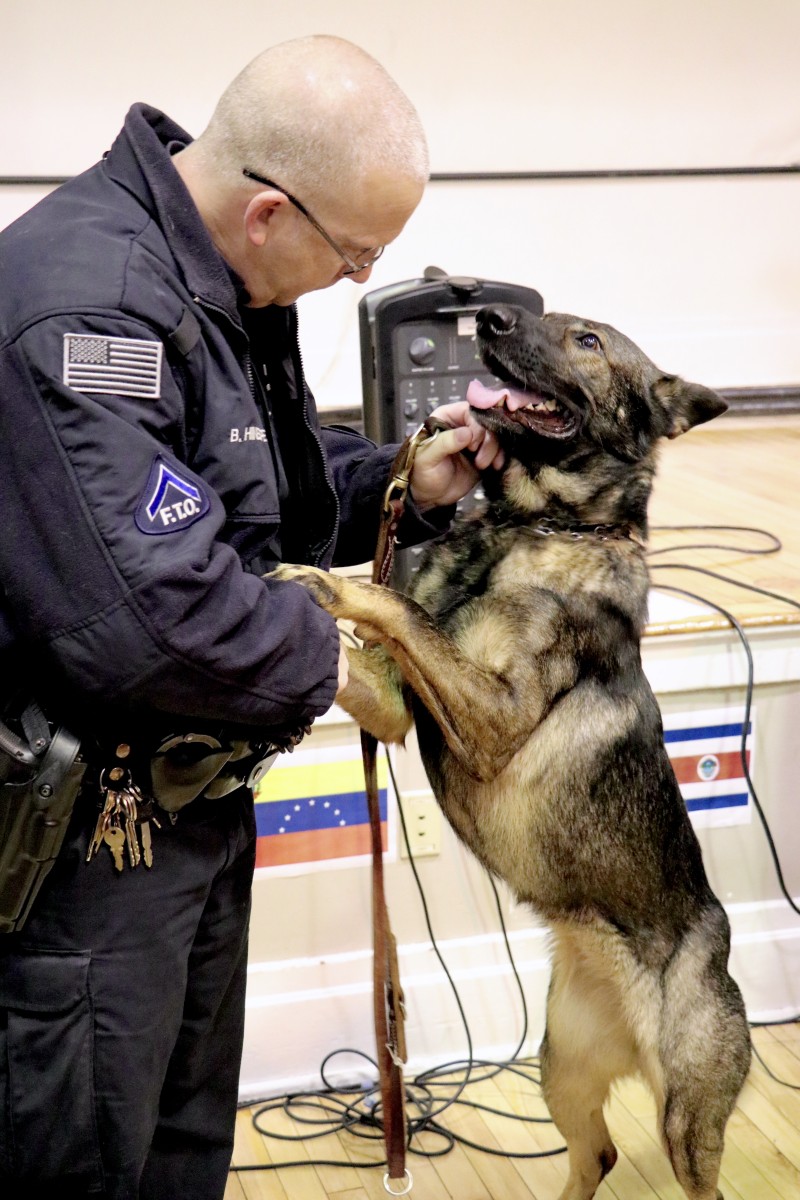 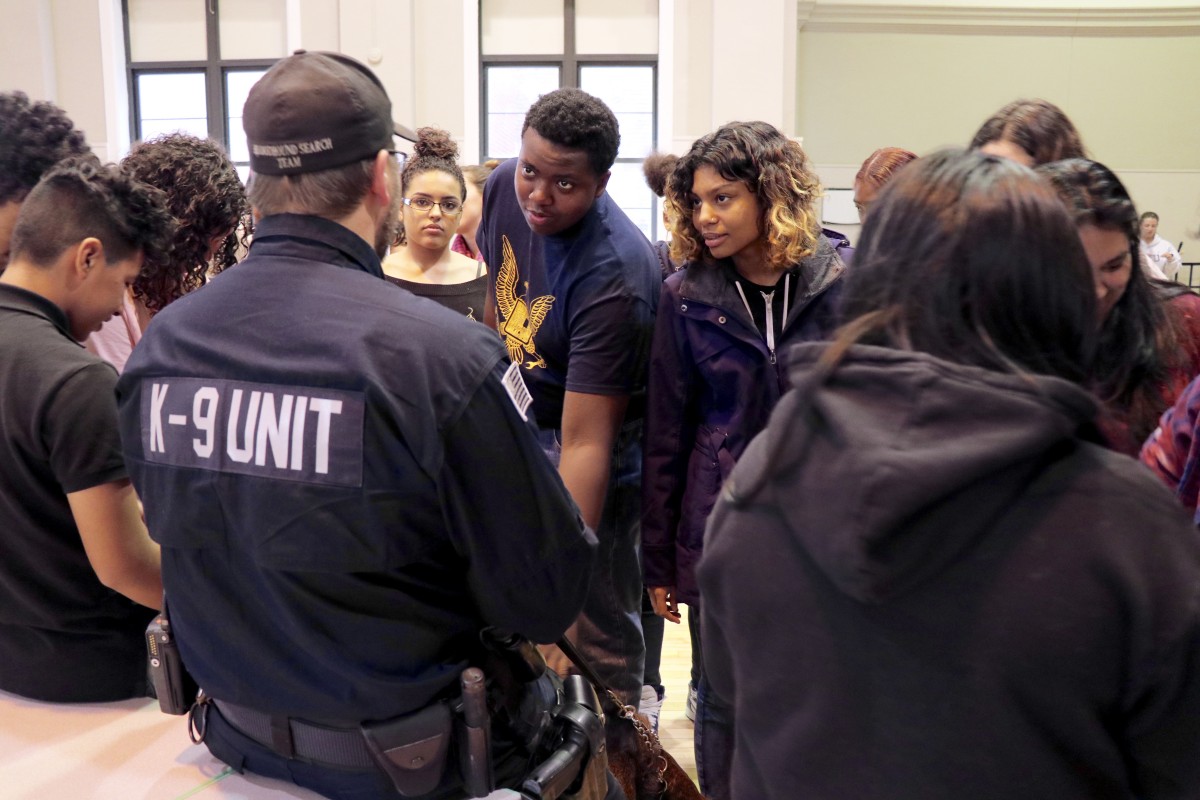 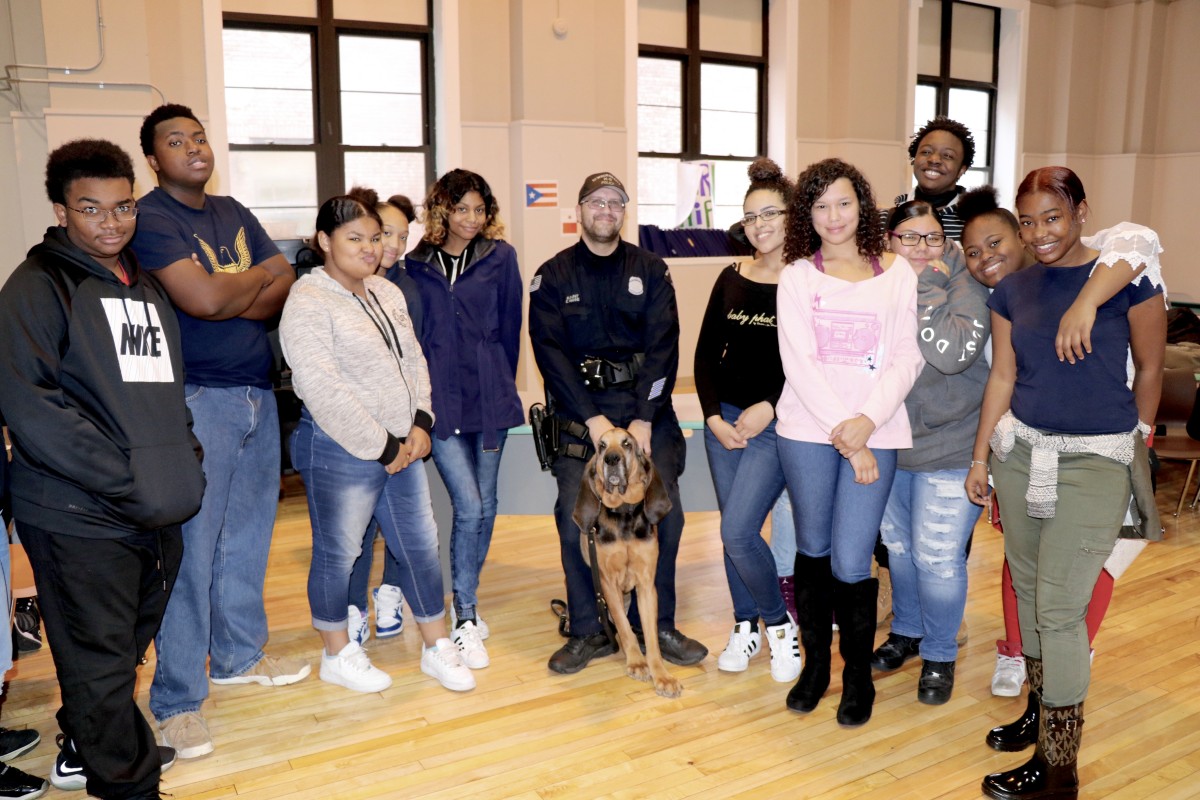 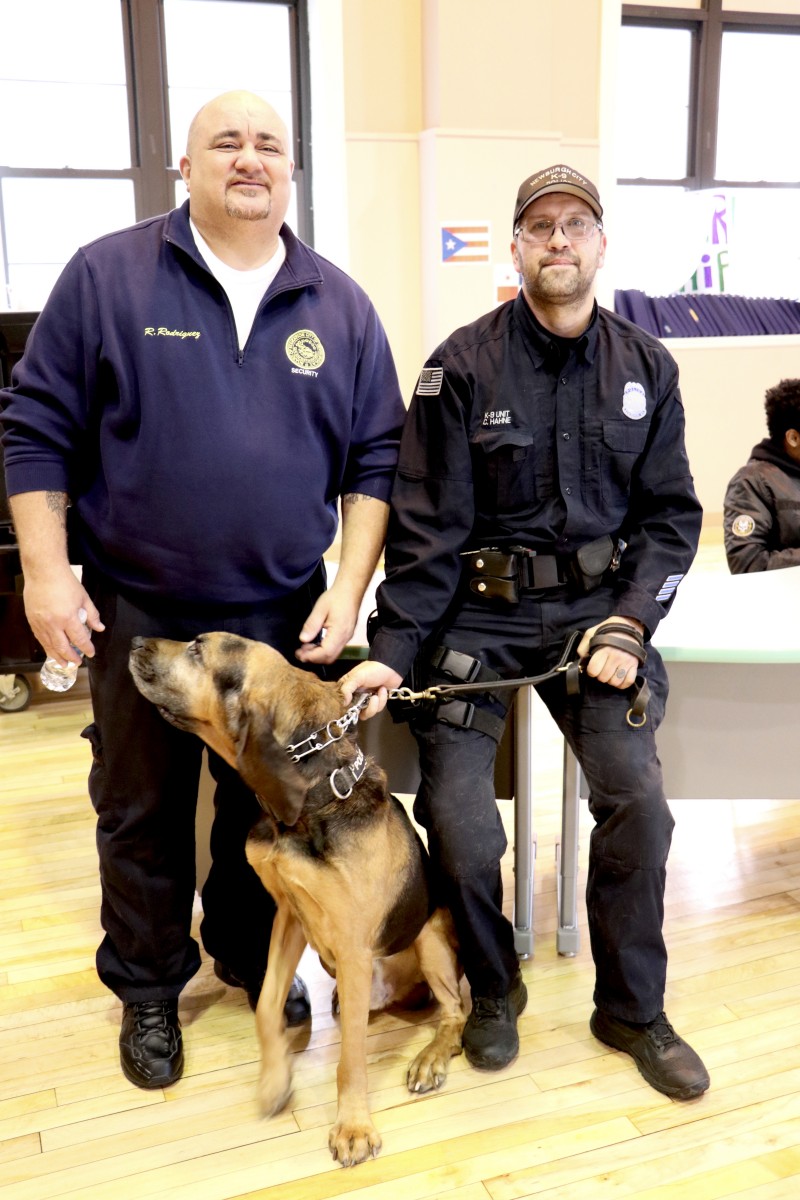