As part of the weekly series at NFA North, a representative from Mount Saint Mary’s Higher Education Opportunity Program (HEOP) and a current student, and recent NFA alumna, spoke to students.

Aniah, a sophomore at NFA West introduced the speakers this week.

“It's good to know the options available to you, so you can choose the best path - the path that's right for you.” Andres Caprio, Academic Counselor

Dre gave students information specific to the Mount, but also encouraged students to be persistent in order to give themselves as many options as possible.

When speaking about HEOP at Mount Saint Mary College Dre said: “We serve the underserved. We serve students who, more than likely, wouldn't be able to attend college.” HEOP at MSMC is a small program, with about 30 students and it’s very competitive. While general admissions are rolling, the deadline to apply to HEOP is January 18th.

The panelists also discussed growing costs of college – costs that rise about 3% every year. 95% of all students who attend MSMC receive some sort of financial support. HEOP is one of the many options for financial support when attending college.

All SUNY and CUNY schools have HEOP or EOP. Dre encouraged students to always apply through those programs. The application process may be longer and more thorough, but if students qualify it could mean the difference between attending college and not. If students aren’t accepted into HEOP, their application goes through standard admission process.

Mount Saint Mary College HEOP offers a Summer Bridge Program, a 5-week intensive program that helps students transition into college. Academic courses are required throughout the program. Students in HEOP often feel more confident in September because they know their way around campus, know more about the resources available, and have just had a rigorous academic load, so they’re sure they can handle the new semester. Students build relationships with their HEOP group as well, often building bonds that last beyond college.

“Be persistent. Be on top of it. If we get 300 applications and 4 spots, I'm looking for students who are motivated and want to be at the Mount. It's competitive. You have to set yourself apart from everyone else. But you can do it. Everyone here can go to college – I have absolutely no doubt.” Dre Caprio, Academic Counselor

“I found out about HEOP through the Boys and girls club and I really wish I'd known earlier. This program really changed my life. I am a first generation Mexican American. I was probably planning on taking a year off to work and to be able to pay for my first year of college. My mom even sat me down to say that I couldn't go because my parents couldn't play for it. HEOP really changed the entire course of my life.” Giselle Martinez, NFA Class of 2016 now attends Mount Saint Mary College.

She encouraged all students to: “Look at the eligibility sheets if you're eligible, apply to as many as possible. Make the most of it. This is something that can change your life - and can maybe change your family's life.”

“I am the Vice President of the Latino Student Union, Treasurer of Sophomore Student Council, and part of HEOP Leadership Council. There are tons of clubs here. If there’s something you want to do, but it isn’t offered – you can create it. For example, a friend of mine who is also an NFA alum just created a step team and it’s doing really well! My biggest piece of advice for you is to get involved on campus.” Giselle Martinez, NFA Class of 2016 now attends Mount Saint Mary College.

Giselle described the 5-week Summer Bridge program as training for freshman year. She noted that the courses she took required a lot of writing, more so than she would ever expect, but that she understands that writing is a big part of college and a big part of any future career.

“The days are very long – very long, but everything is scheduled for you. That was hard to adjust to, but it really helped me in the long run. My freshman year, I was on the top of my game. I knew how to schedule my time. You have so much free time. It's important to know what to do with it all.” Giselle Martinez, NFA Class of 2016 now sophomore at Mount Saint Mary College.

HEOP has had such an impact on Giselle that she became Freshman Peer Mentor, where she mentors incoming freshmen and helps them with their transition.

The Student Advisory Council at NFA West helped to provide this panel for this peers. 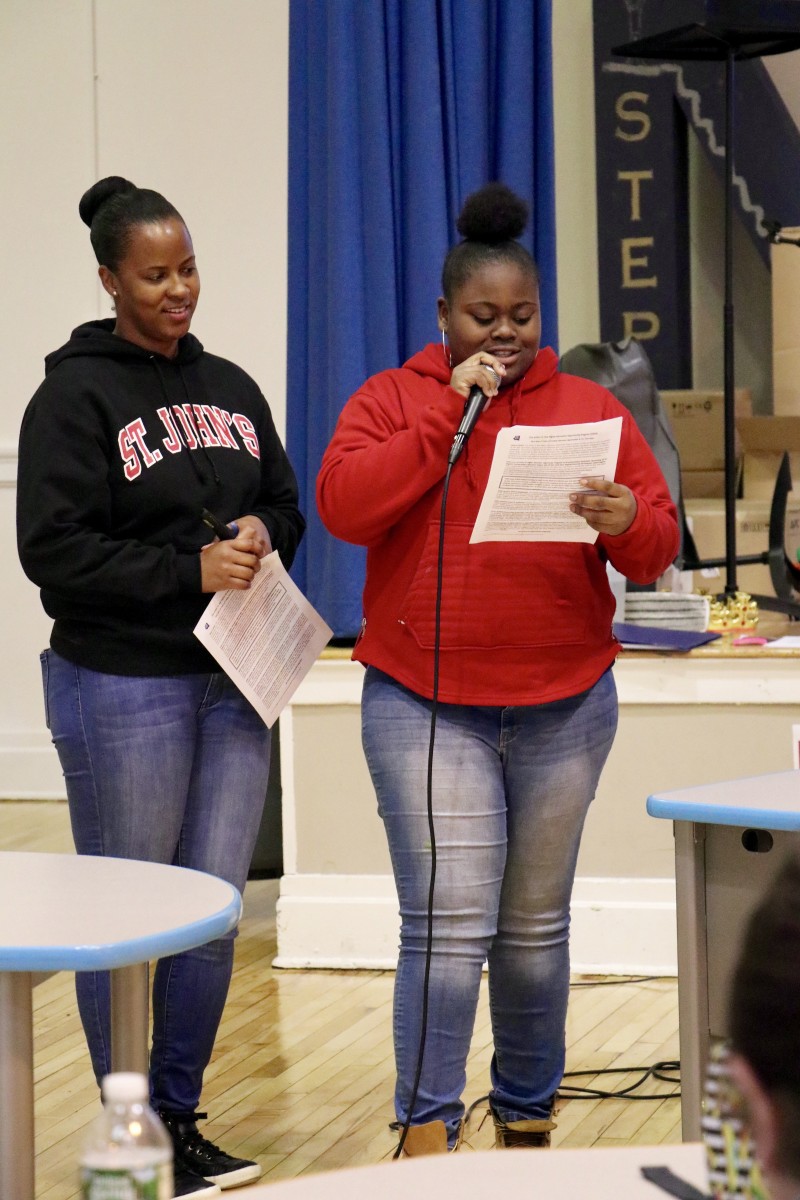 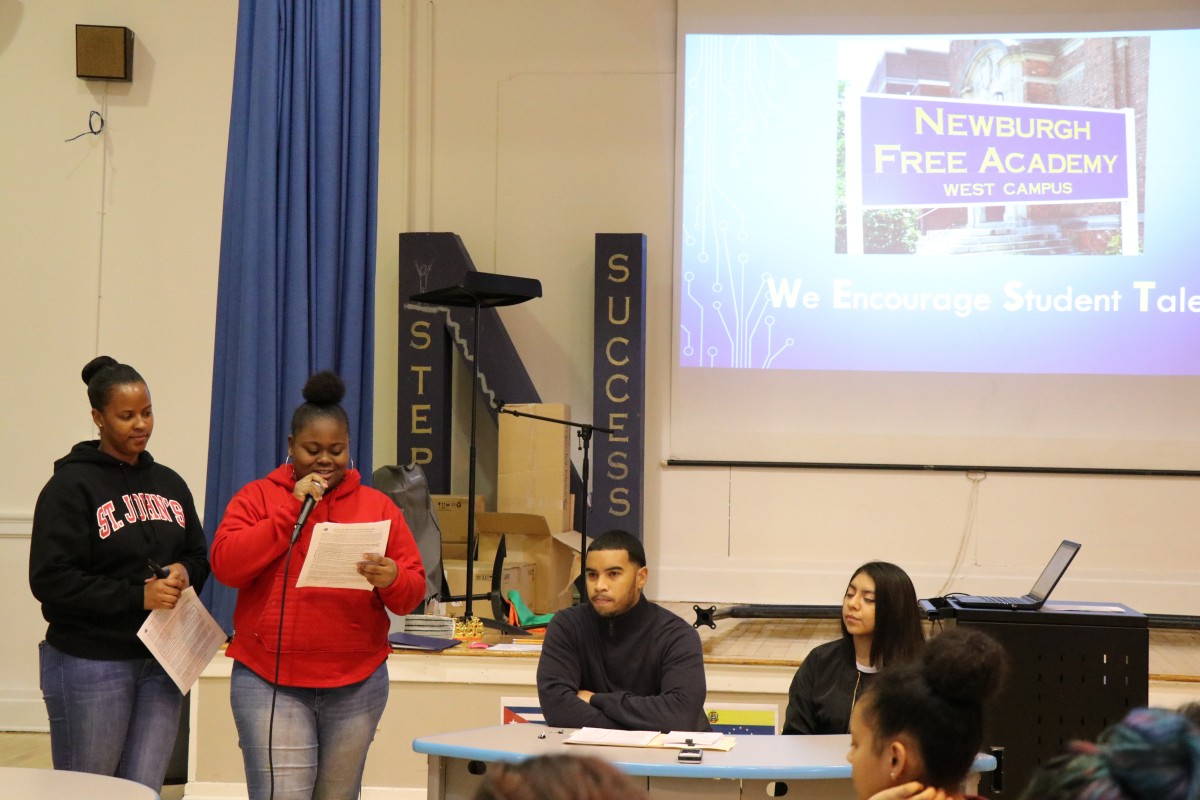 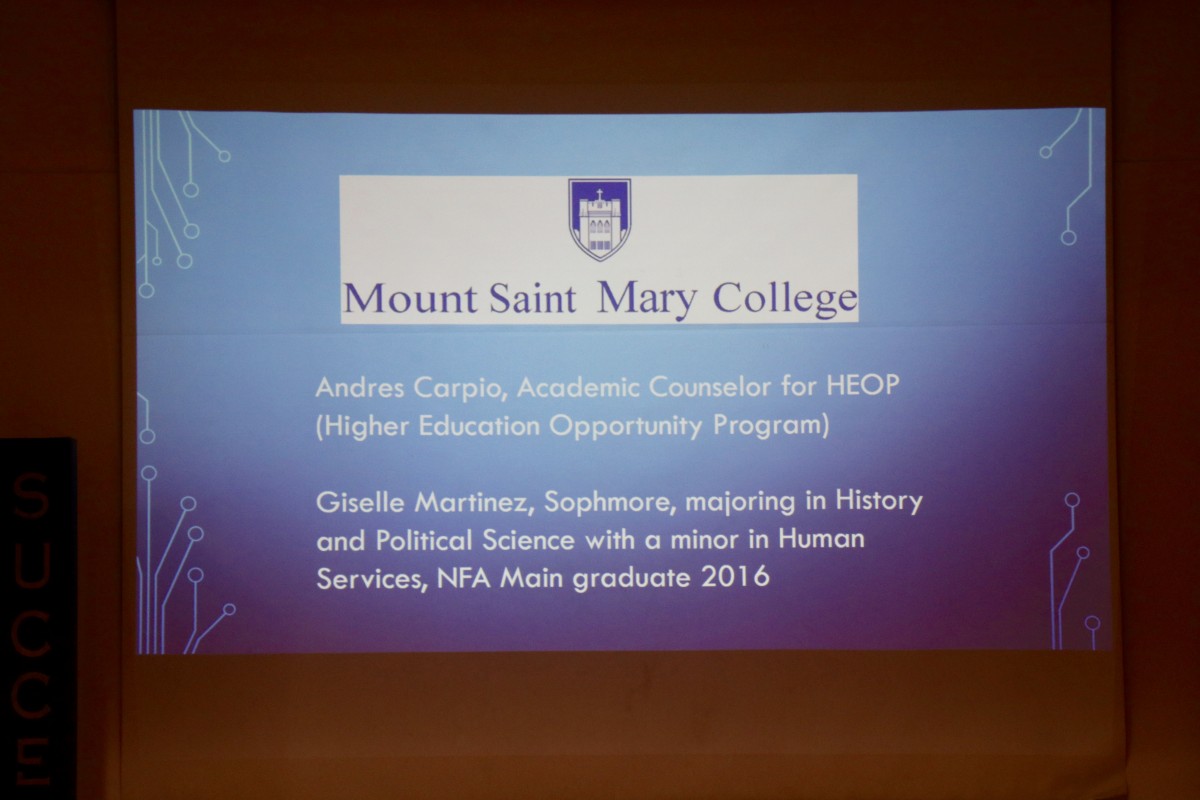 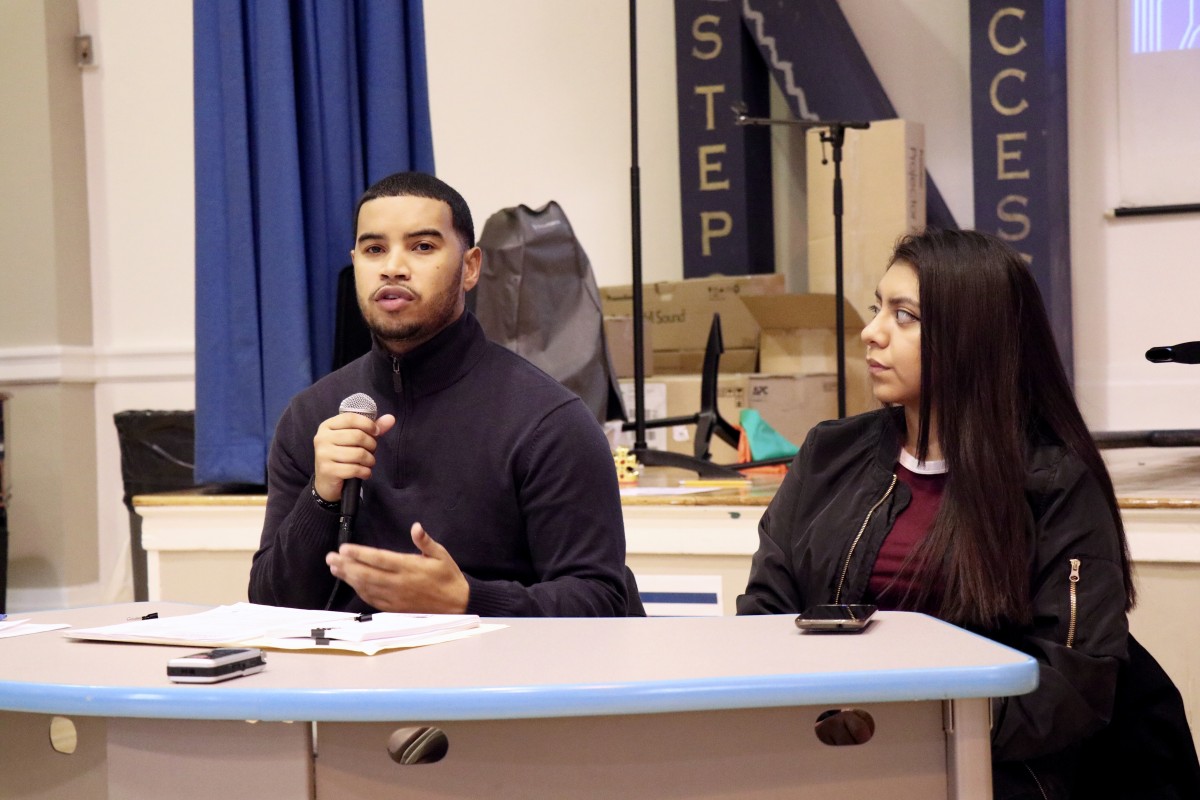 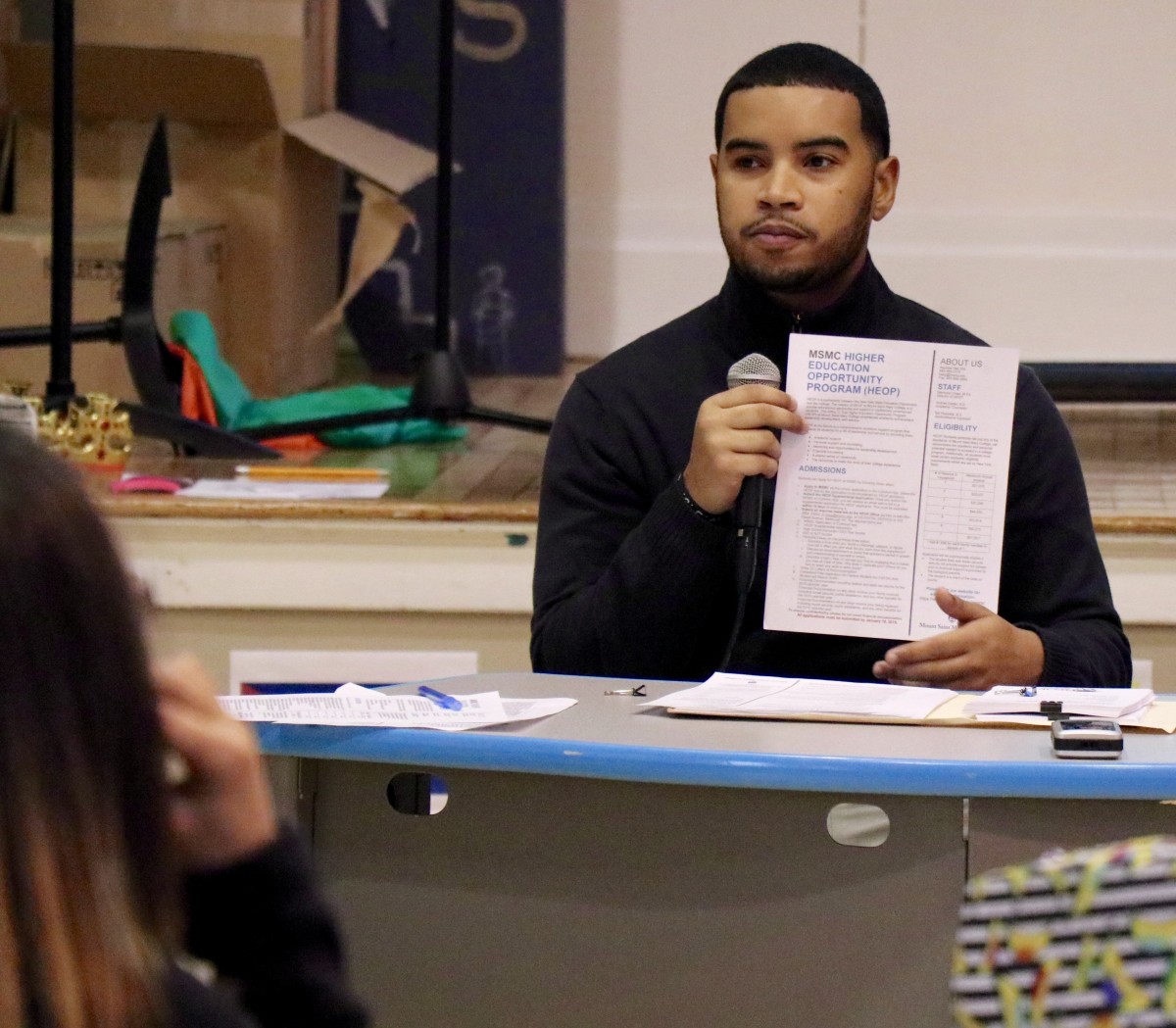 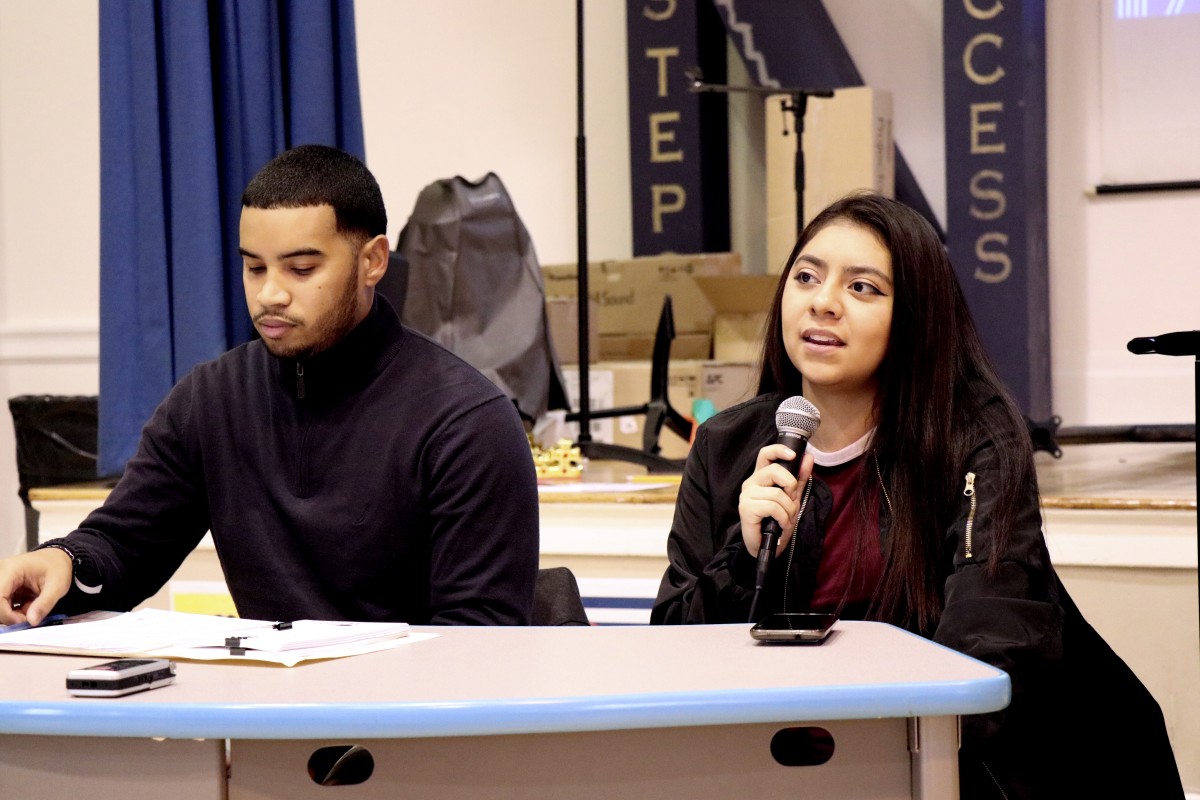 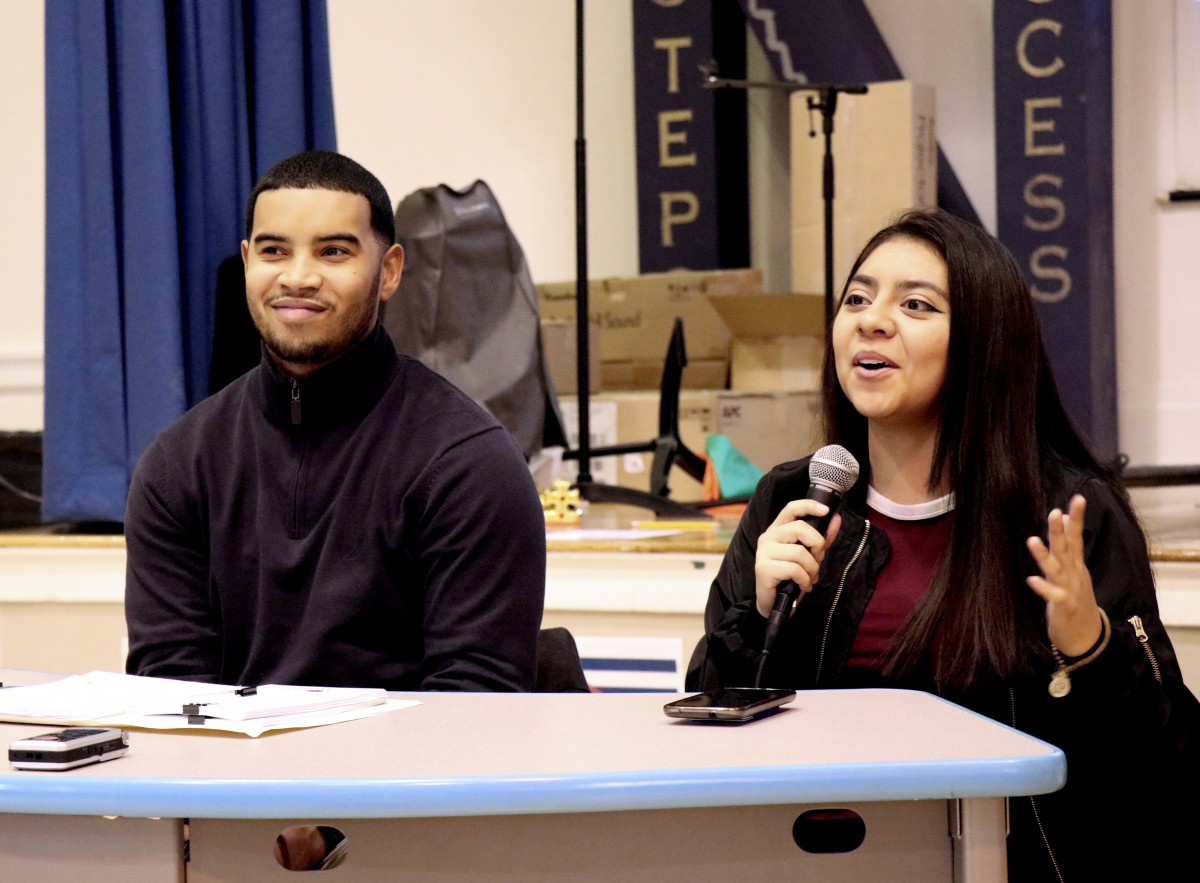 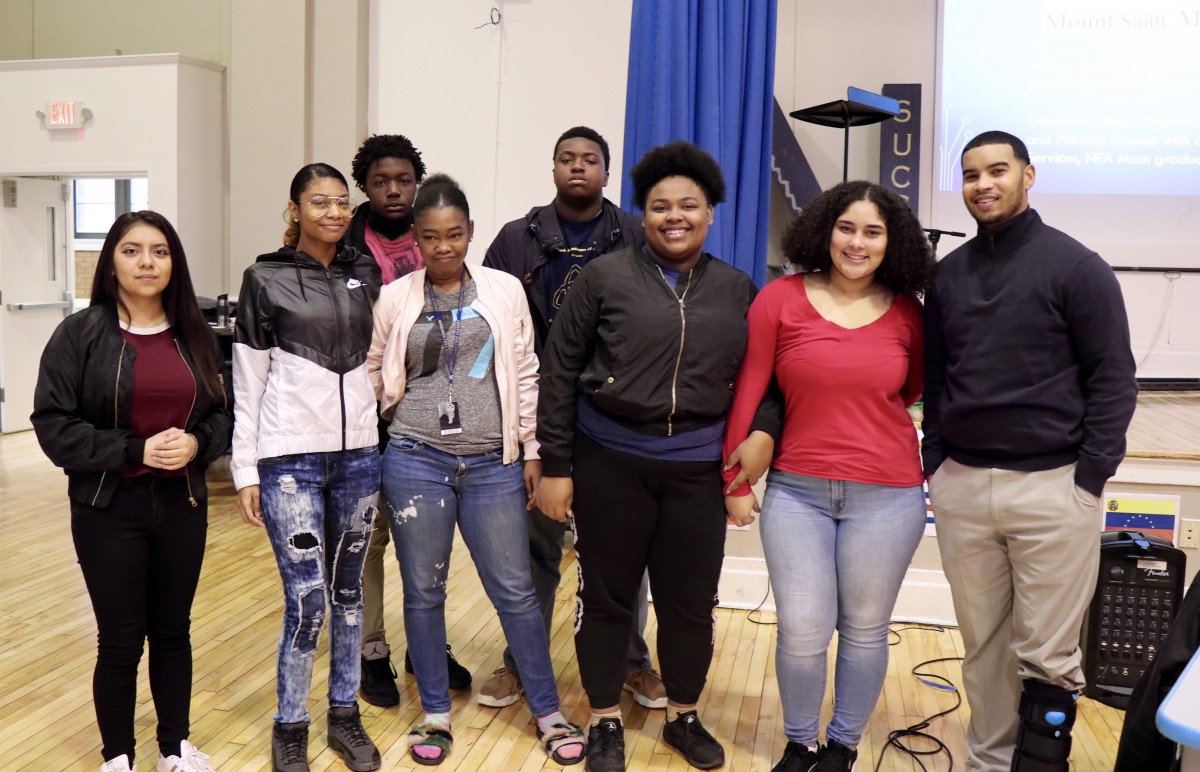 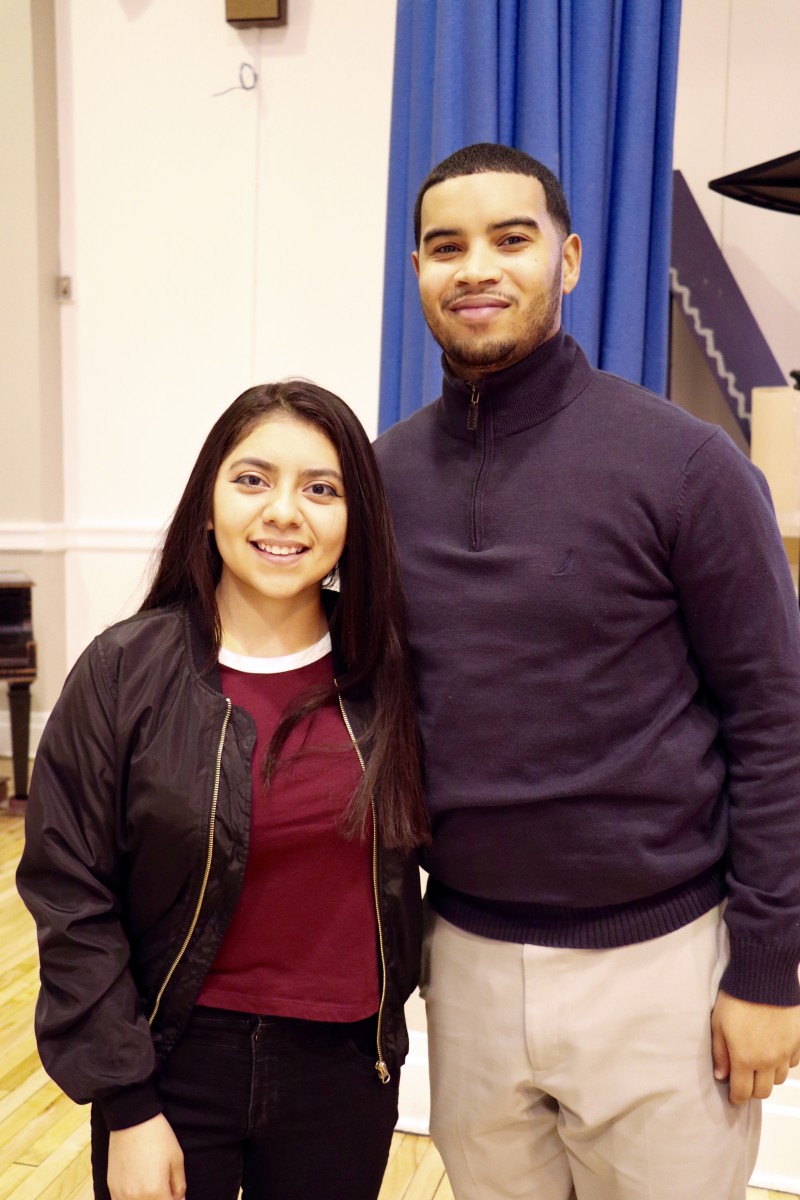 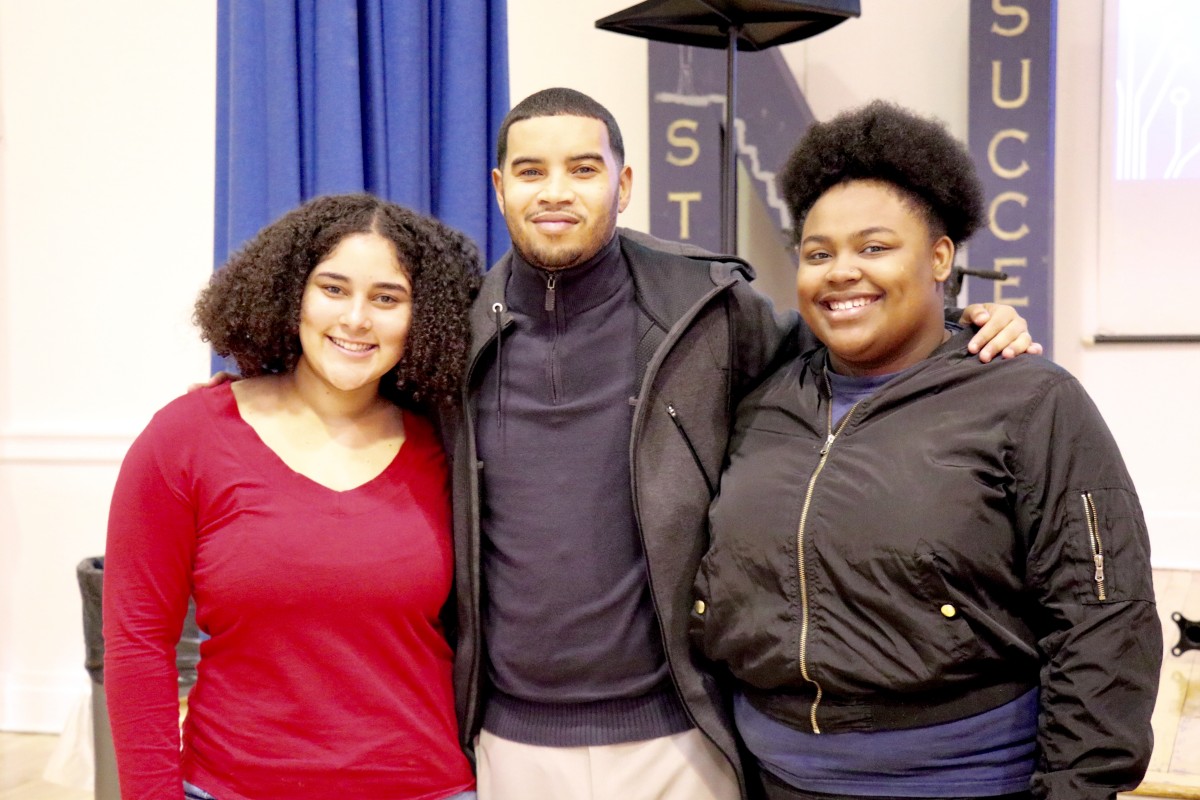