NFA Senior, Pete Matthews broke the Section 9 record for most career kicking points this week. On Friday, Pete kicked his 197 point, breaking the record of 196 set by Monroe-Woodbury’s Jamie Boyle, who played from 2006-08. Matthews also broke Boyle’s Section 9 record for most extra points (151) in a career in a 41-0 win over Middletown last week. Matthews has kicked 39 field goal points and 153 extra points.

“Pete has been kicking for the Varsity Football Team since the 9th Grade. To break the Section 9 record for most kicking points in a career is a tremendous accomplishment. He has worked very hard over the past few years, his consistency and growth as a kicker have allowed him the opportunity to be in this position. This is a great individual record but also great for our program and the success we have had as a team the past few years.” Bill Bianco, Head Coach, NFA Varsity Football

Like many kickers, Matthews has a soccer background, but he stopped playing at the age of 10 to focus on football and baseball. Pete followed his father’s footsteps by becoming a kicker for the football team as a freshman. He helped Newburgh reach the Class AA state championship game as a freshman. Pete was cheered on by tons of fans, his parents, who both teach in the Newburgh School District, and his brother.

Video of fans reaction to the recording breaking kick can be found here. 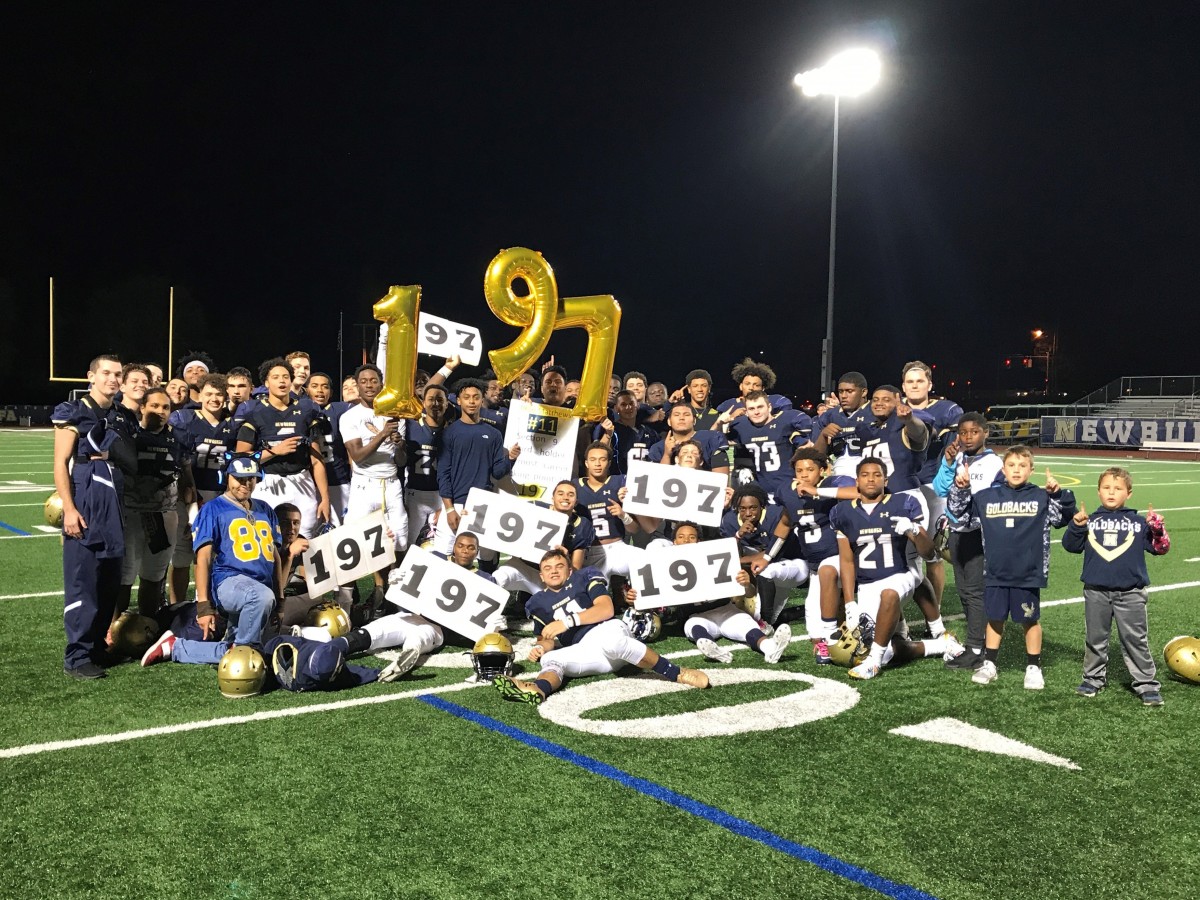 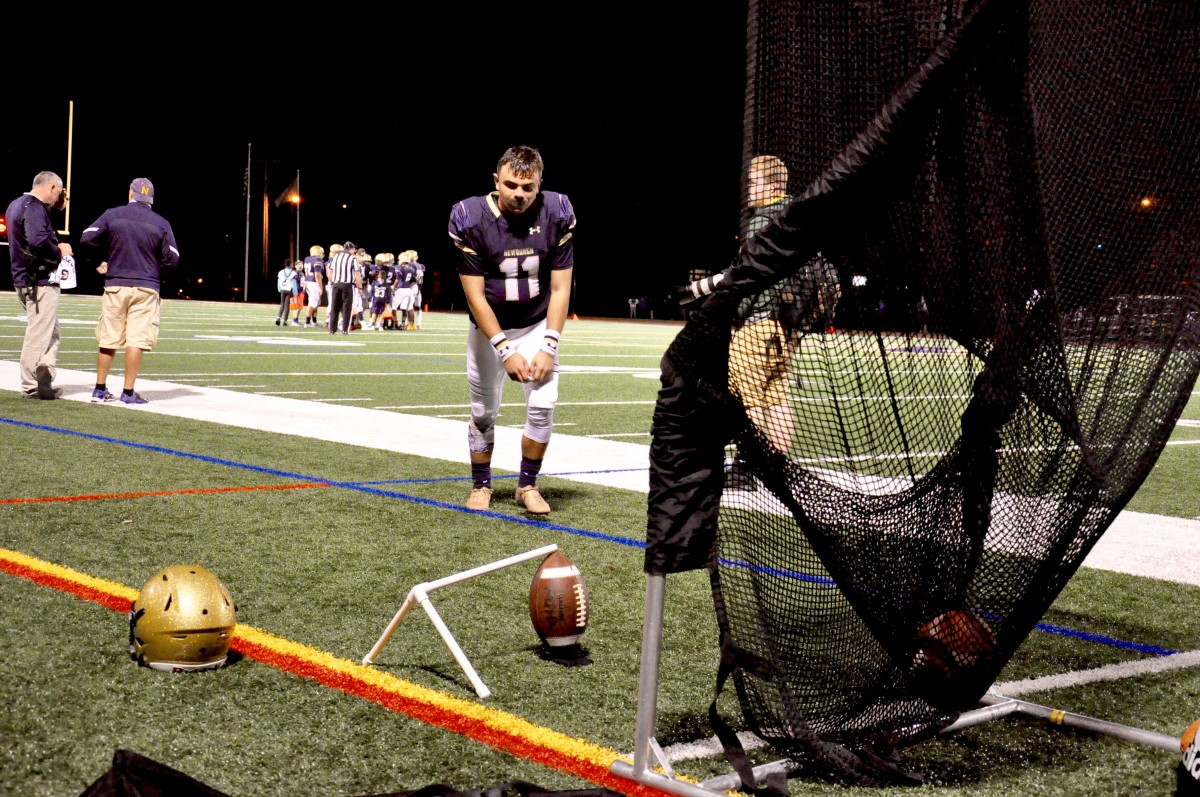 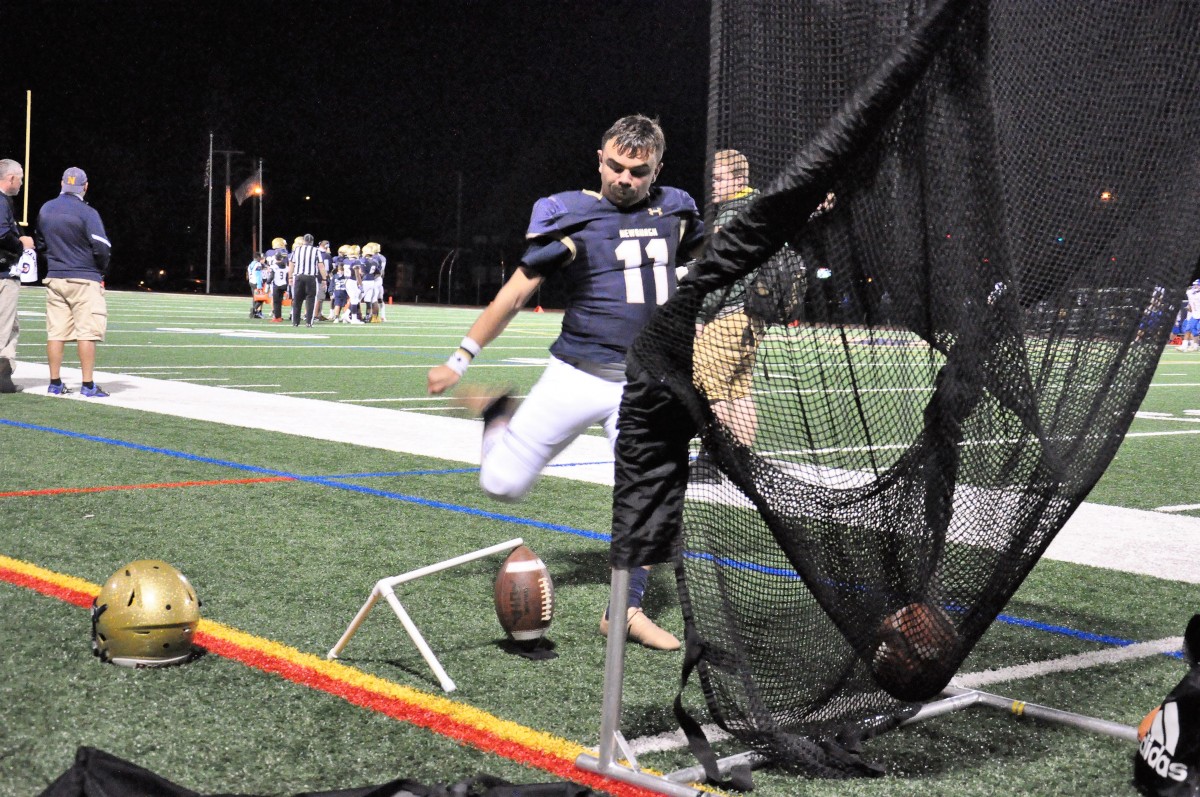 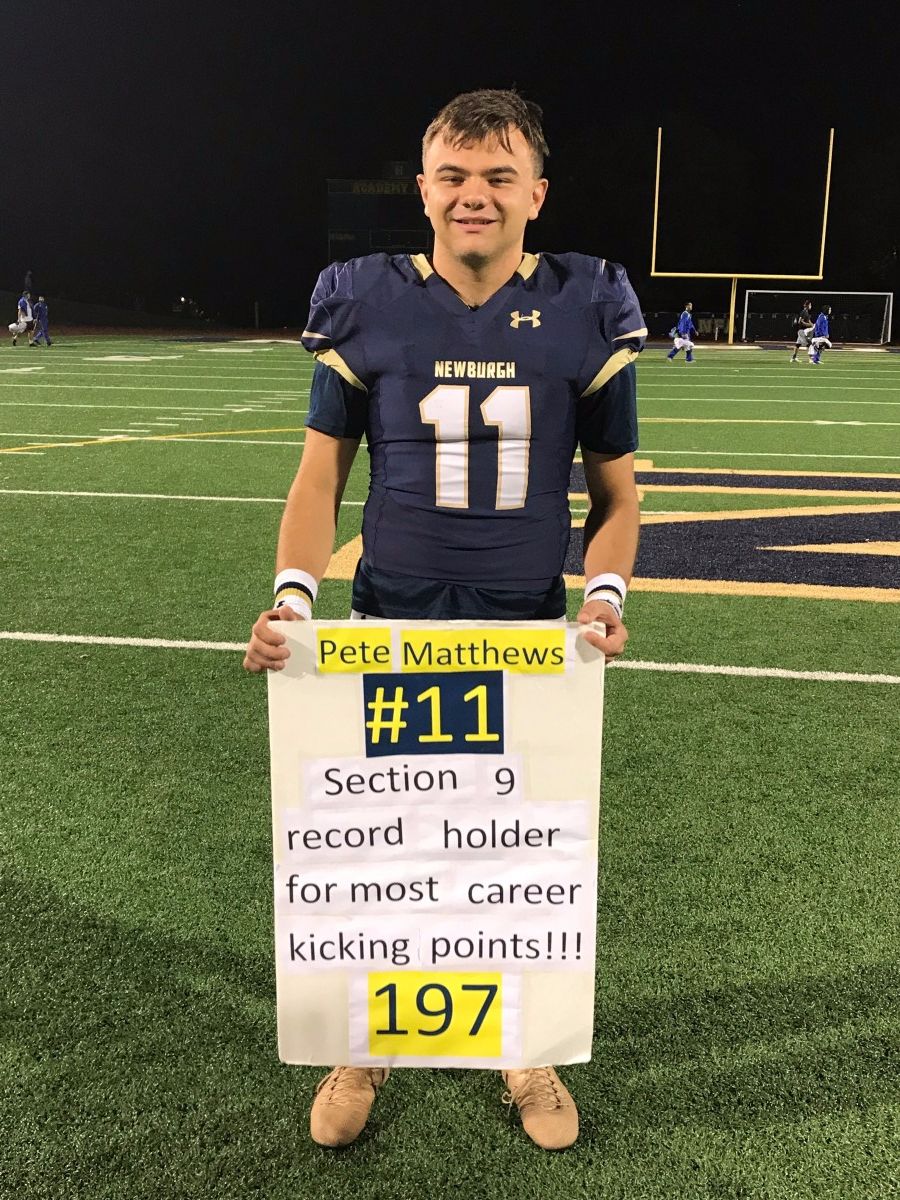 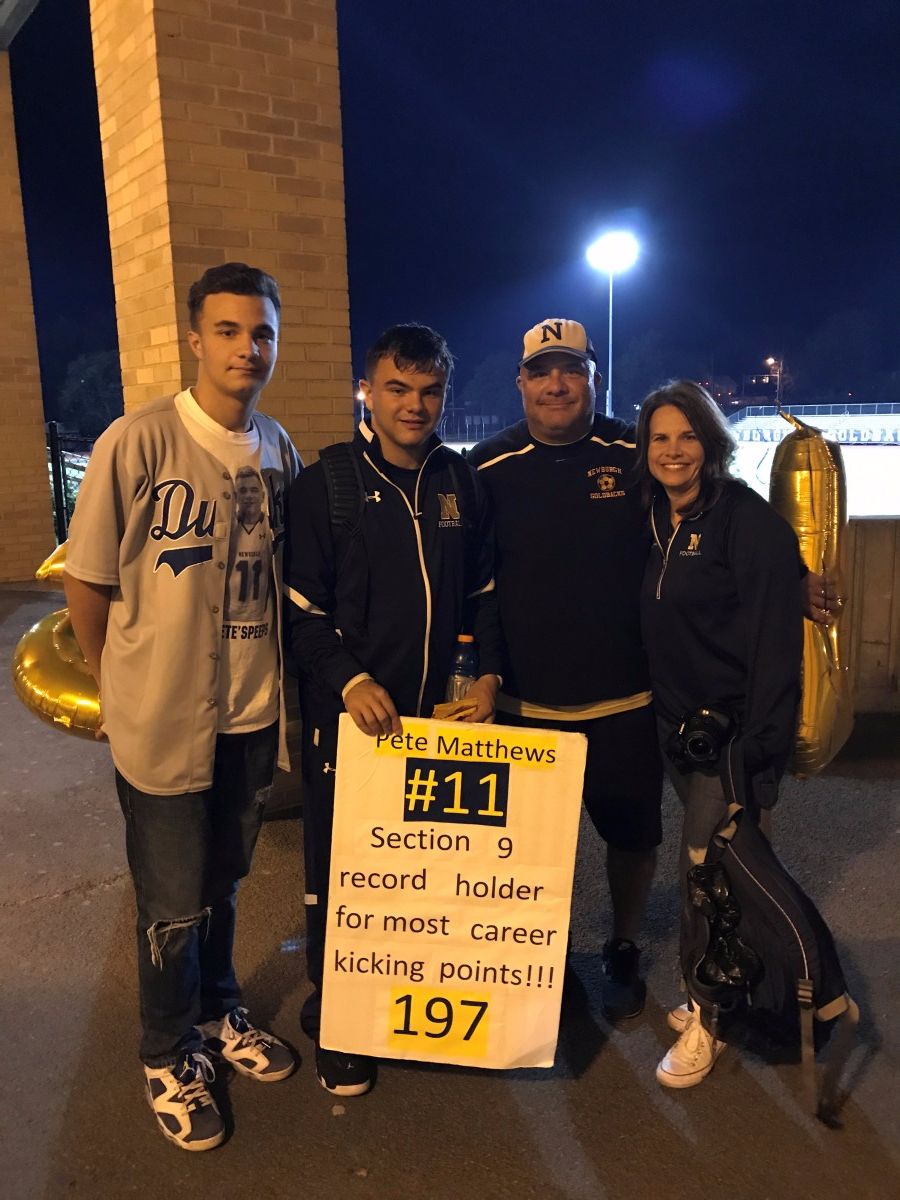 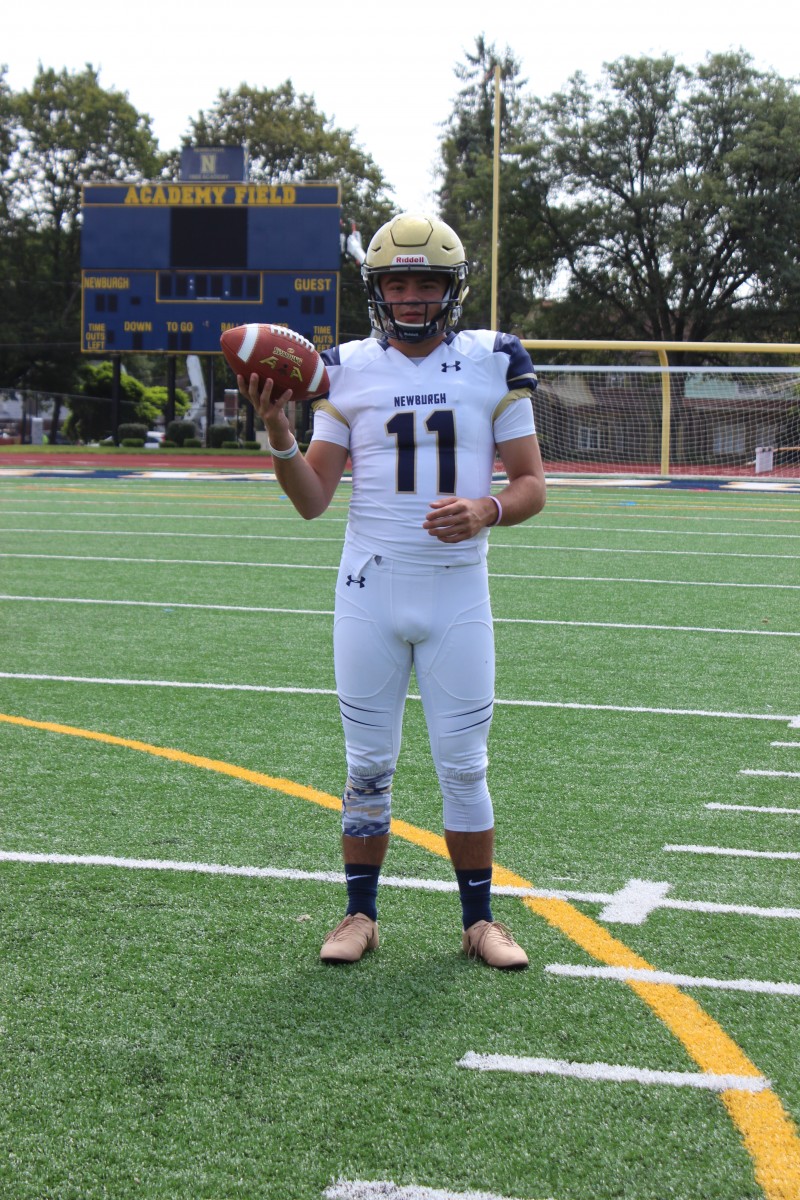 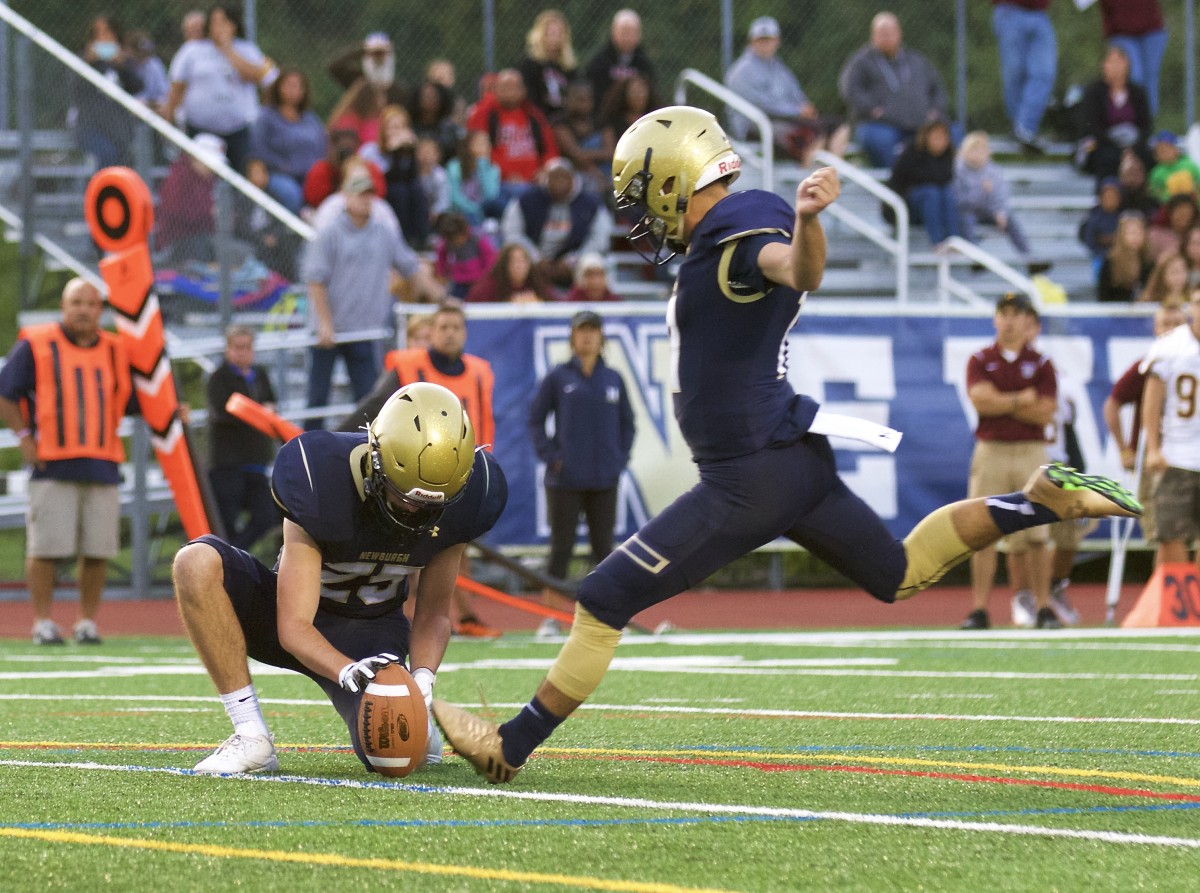