A Treasured Memory In the New York State Archives in Albany, are the military service files of those state residents who served in the nation’s wars. The most complete and accurate records were created for the men and women who served in World War I, a time when patriotism and support of the war were strong.

It is stunning to read the chronicle of local Newburgh boys (soldiers, although most were over 18, were fondly referred to as “our boys”) who were sent from the old armory on Broadway across the sea to the fields of Europe – often to the lands their parents had come from to make a new life for them in America. These are some examples. Dominick D’Angelo’s family and congregation at the Italian Reformed Church on Mill St. saw him off to join the Italian army as the war began and he died defending the town of Monte Sante in August 1917. John Dean left his job at Delaney Boiler Works on Renwick Street and joined the infantry. He went missing in action in France in the chaos of the battlefields and was later listed as killed. Herbert Miller from North Lander Street was shot and killed by a sniper as he was relieved of guard duty one morning in France and William J. Wilson was killed by shrapnel while going to get Miller where he fell. Thomas and Mary Henderson raised their daughter Cornelia at 41 Gidney Avenue, watched her graduate from St. Patrick’s Grammar School and the nursing school at Middletown State Hospital. She joined the Army to care for the wounded and died of pneumonia in an army camp in 1918. A plaque to her memory as the only Orange County woman to die in military service in WWI is in the South William St. Armory Unity Center today.

These were real people, neighbors, co-workers, children and parents whose loss changed our community. What would Gordon Kaemmerling, who graduated from the Harvard School of Engineering and designed equipment at the Newburgh company, Alberger Pump and Condenser, have created to make Newburgh proud? Navy surgeon Culbert Lyon, whose family had a jewelry store on Water St., once commanded all the troops on an island in the Philippines. What leadership would he have brought back to Newburgh? Ernest Maney was an active volunteer with the Salvation Army here. Whose lives would he have helped after 1918? Theodore Frank Vredenburgh died of surgical shock in October 1917 at age 19. He had been an active member of Good Shepherd Church, a Boy Scout leader and had just started his career as an electrician. Vredenburghs have lost sons to the Civil War, WWI and Vietnam.

Around the west end of Newburgh, in the neighborhoods that grew after World War I, are streets that bear the names of Newburgh men killed in that first world war. Galloway Avenue, Richman Avenue, Englebride Place, Vanamee Street and Allison Avenue are some. Looking south from the windows of NFA classrooms, Allison Avenue should connect with NFA students for another reason. The face of its namesake, Walter Allison, is still looking out from a frame in the NFA lobby. On that lobby wall is a large display case, made by the industrial arts students in the high school in the 1920’s. It contains not just Walter Allison’s photograph, but his sweater. That faded wool sweater with a big felt “N” is the one he wore when he starred on the school football team in 1915-16. As a senior, Walter joined the army and even took his final Regents exam in uniform just before he left for basic training. In his duffle bag, he packed his cherished letter sweater. It would end up in a supply shed in France in a pile of spare warm clothing after Walter died in battle with 20 other young men from his Newburgh company on September 29, 1918. A cold, wet soldier came into that shed seeking dry clothes and spotted the sweater he knew had been his friend Walter’s. He asked the supply sergeant for it and carefully carried it back home to New York and then back to NFA where he hoped Walter’s school would care for it.

In 2019, on the centennial anniversary of the end of World War I, some local citizens made a pilgrimage to France and Belgium and the battlefields where Newburgh boys fought and died. They visited their graves in the sacred military cemeteries there and placed Orange County flags at each. Meanwhile, back home, NFA refurbished the old memory case and put it back in its place of honor.

The Walter Allison sweater returned to Newburgh Free Academy on the 100th anniversary of Walter's death. Information from that dedication can be found here. 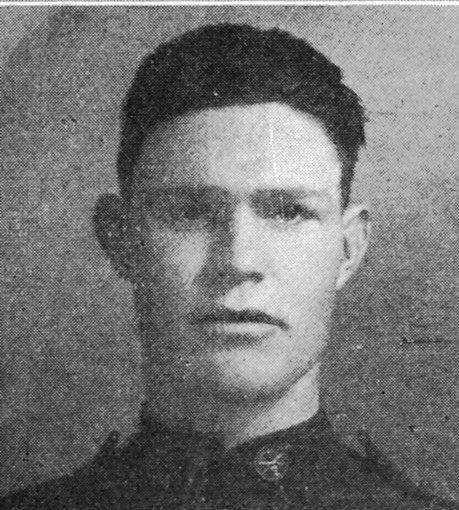 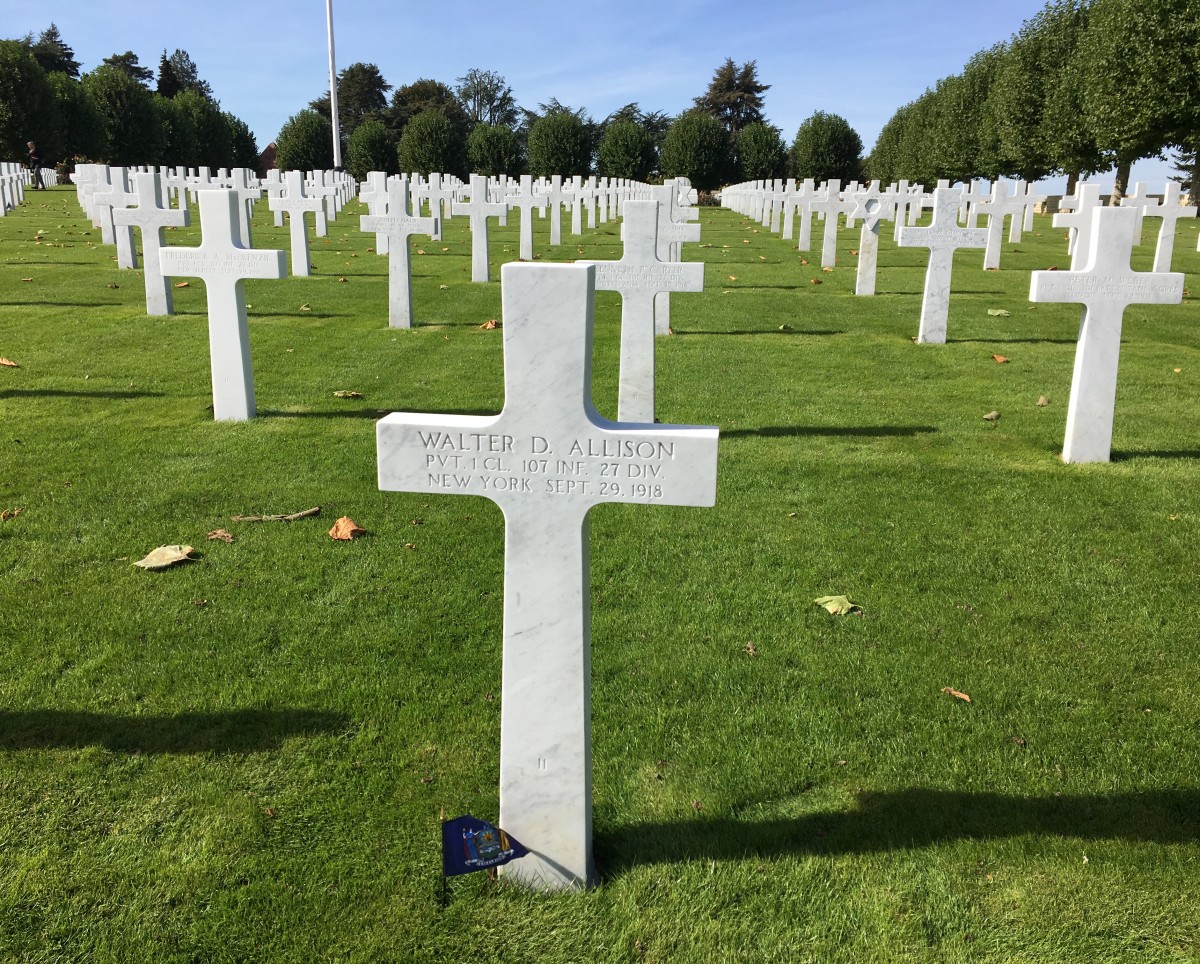 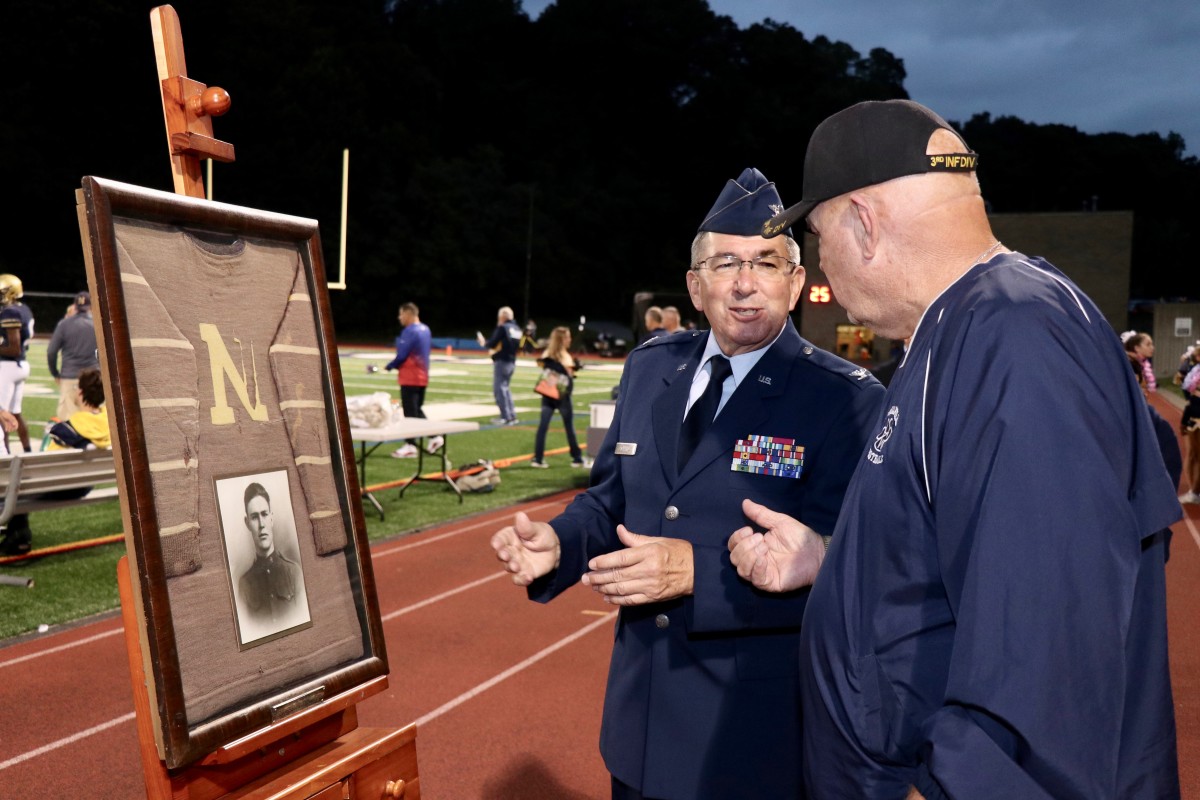 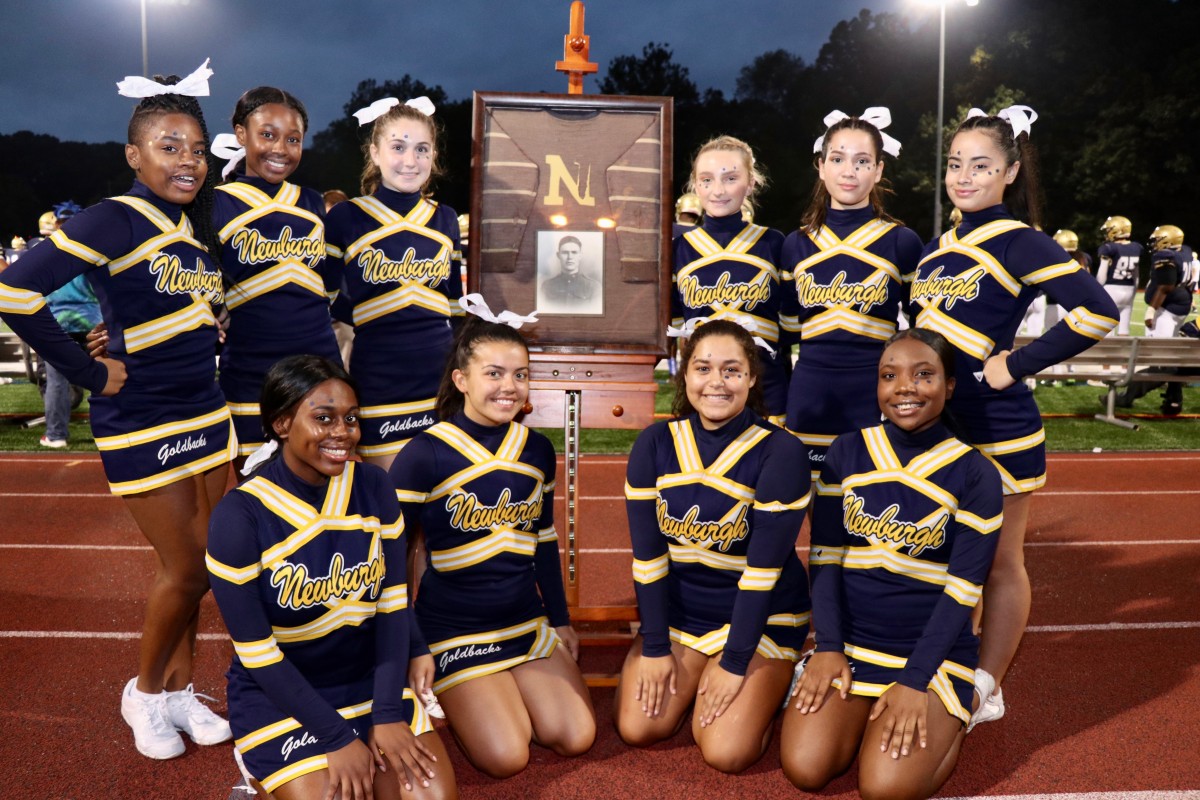