Aside from academic excellence, George is involved in a wide range of extra-curricular activities. George is part of the NFA Concept Vehicle Racing Team (CVRT) since his sophomore year, has been the president for the NFA Debate team for two years and qualified for nationals in 2018, was the president of the math team his junior year, and is currently the president for the NFA Science Honor Society. Additionally, George has been a student-athlete on the Varsity Cross Country and Varsity Golf teams since his sophomore year.

Prior to entering NFA Main, George attended Horizons on the Hudson and Heritage Middle School.

Outside of school, George is an inventor (builds, designs, and tests things). His most recent engineering projects include an efficiency boosting mounting system for hydrokinetic turbines and a remote gutter cleaner. Starting this past summer, George has worked under Dr. Wulandana in the mechanical engineering department of SUNY New Paltz, where he has worked both with his students on projects, as well on his own.

Outside of STEM, George enjoys collecting rare American coins. He ended up turning this into an online business in 2015 to support his hobby. He’s very active in the online coin community, with over 3200 followers on Instagram @georgesstampsandcoins.

George is also the founder of Supplying Our Scholars, a nonprofit organization officially recognized by Greek nonprofit The Smile of the Child. In 2018, his organization collected school supplies to donate to 66 children in need in Athens, Greece.’

George plans to work to establish two startups before studying mechanical engineering at Stanford University or Massachusetts Institute of Technology next fall. George hopes to combine his passion for engineering with entrepreneurship. He plans to integrate his renewable energy systems into the infrastructure of the future, while also working on his other startups.

George developed Directryx.com, a platform for students to connect with each other professionally to launch startups, carry out projects, and expand their networks. Just out of its Beta phase, Directryx currently has about 35 active users. George’s goal is that the system is eventually on par with LinkedIn.

Semi-Finalists are the highest scoring entrants in each state. The National Merit® Scholarship Program is an academic competition for recognition and scholarships that began in 1955. The  Preliminary SAT/National Merit Scholarship Qualifying Test (PSAT/NMSQT®) serves as an initial screening process for 1.6 million applicants.

Semi-Finalists find out if they advance as a Finalist in February. 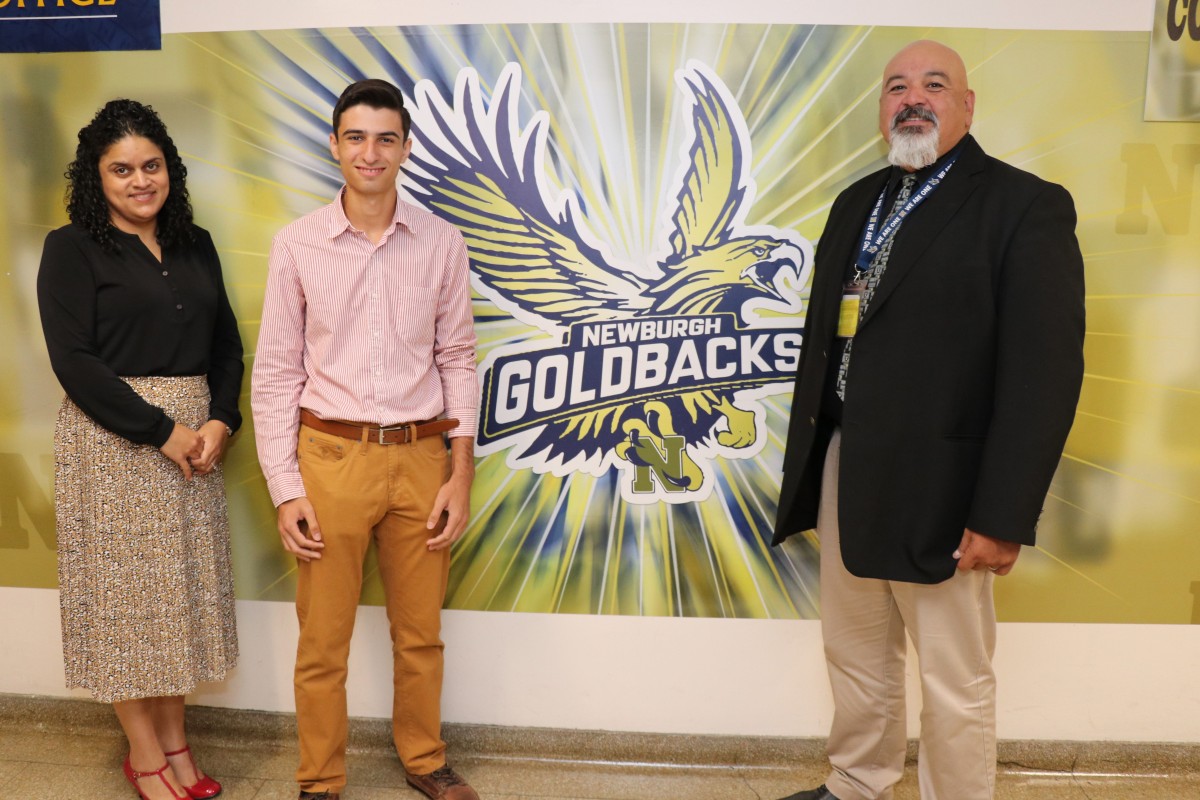 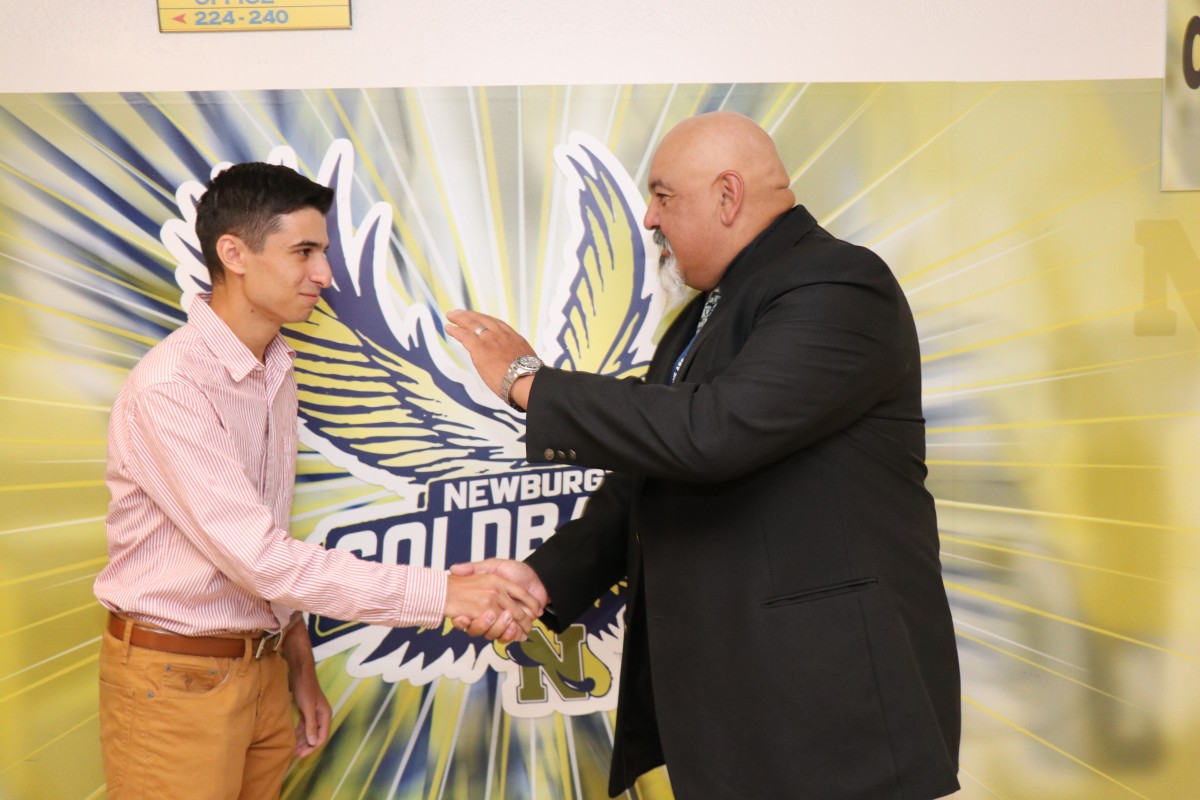 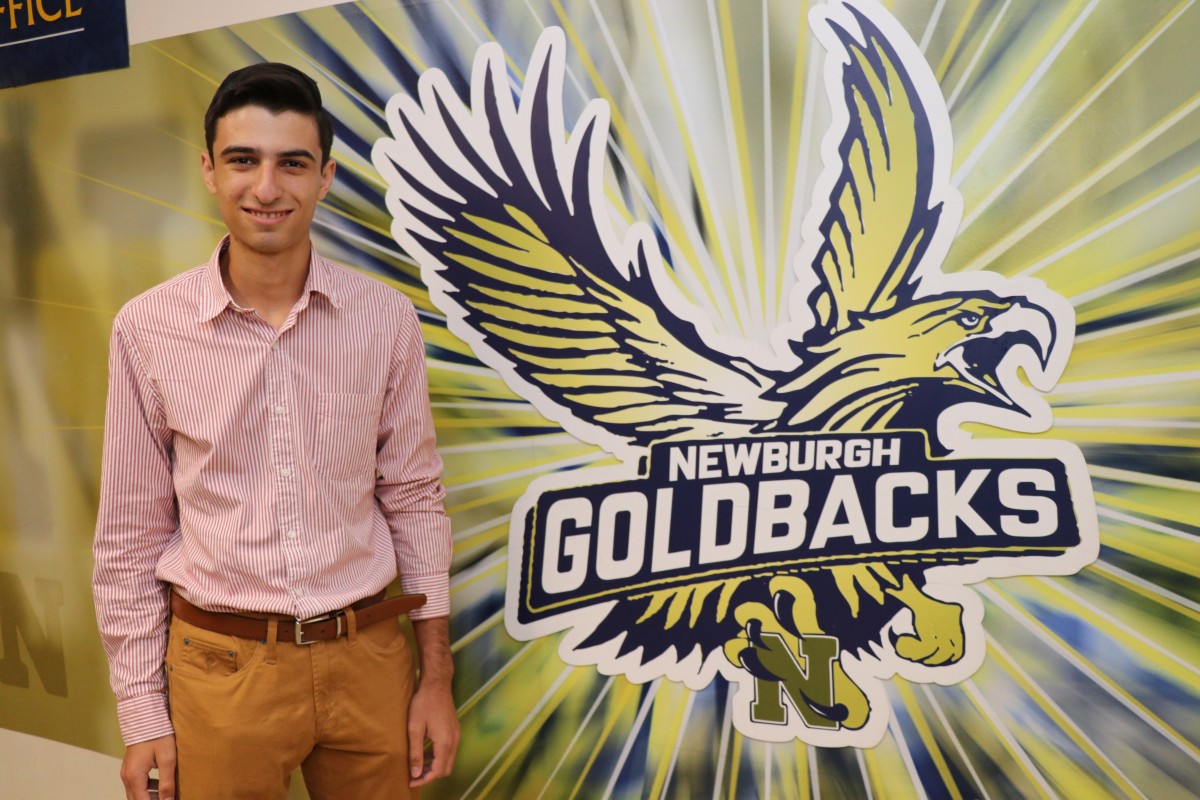