Scholars from Newburgh Free Academy West Campus, Horizons on the Hudson, Balmville Elementary, and Heritage Middle School combined their love of the arts with civic engagement. In a collaborative effort with Habitat for Humanity of Greater Newburgh, the NECSD Empire State After-School program, and the Fine and Performing Arts Department, students from four different schools decorated wooden panels that will beautify neighborhood homes as they are being restored.

Habitat for Humanity of Greater Newburgh supplied the wood panels and houses. The City of Newburgh and Councilman Grice authored a resolution to allow painted wood panels on the windows. The NESD Empire After-School Program funded the paint and other supplies. The Fine and Performing Arts Department helped coordinate teacher volunteers, Ms. Atkins-Brand at NFA West, Ms. McCarthy at Heritage, Ms. Allen at Balmville, and Ms. Heisler at Horizons and their students painted at least one wood panel to go on the houses on William Street. The panels were revealed during Habitat for Humanity of Greater Newburgh's 9th Women Build and house dedication at 128 William St. in Newburgh.

The group of students developed a theme for their boards and students developed their vision and creation from there. A similar project has been done in other cities as a way to beautify the city and give people a sense of pride and ownership.

Students in Mrs. Jennifer Krom’s 3rd grade Unlimited Horizons class embraced the opportunity to give back to the community. Their art teacher, Francie Heisler, offered students at Horizons on the Hudson Elementary School a chance to participate in beautifying Habitat for Humanity window panels to be used during transitional periods of work. The grey pieces of plywood make the buildings look abandoned and the community look gloomy. So, when Anthony Grice took the initiative to collaborate with the schools, magic happened. The students and Ms. Krom were honored to be a part of Habitat Humanity of Greater Newburgh in any way they could. The kids decided to incorporate an initiative that they have been working on in the school to help improve attendance. The students researched, analyzed data, and delivered public announcements about “Attend today, achieve tomorrow” over the school’s morning announcements. They delivered speeches to classes that had attendance concerns, and they created posters to put up around the building. When they had the opportunity to incorporate their message into the community, they jumped on it! Ms. Krom’s class created a board that has a giant sun and says “Attendance is vibrant.” The students told their teacher that they hope it will catch the attention of the kids in the community that stay home unnecessarily and, hopefully, it will encourage them to think twice about missing days of school. The kids learned through their research that missing just two days per month ends up as the equivalent to missing almost a month of school. So, the students were excited to expand their message of encourage to the greater community and hope that children see their board and are encouraged to come to school! 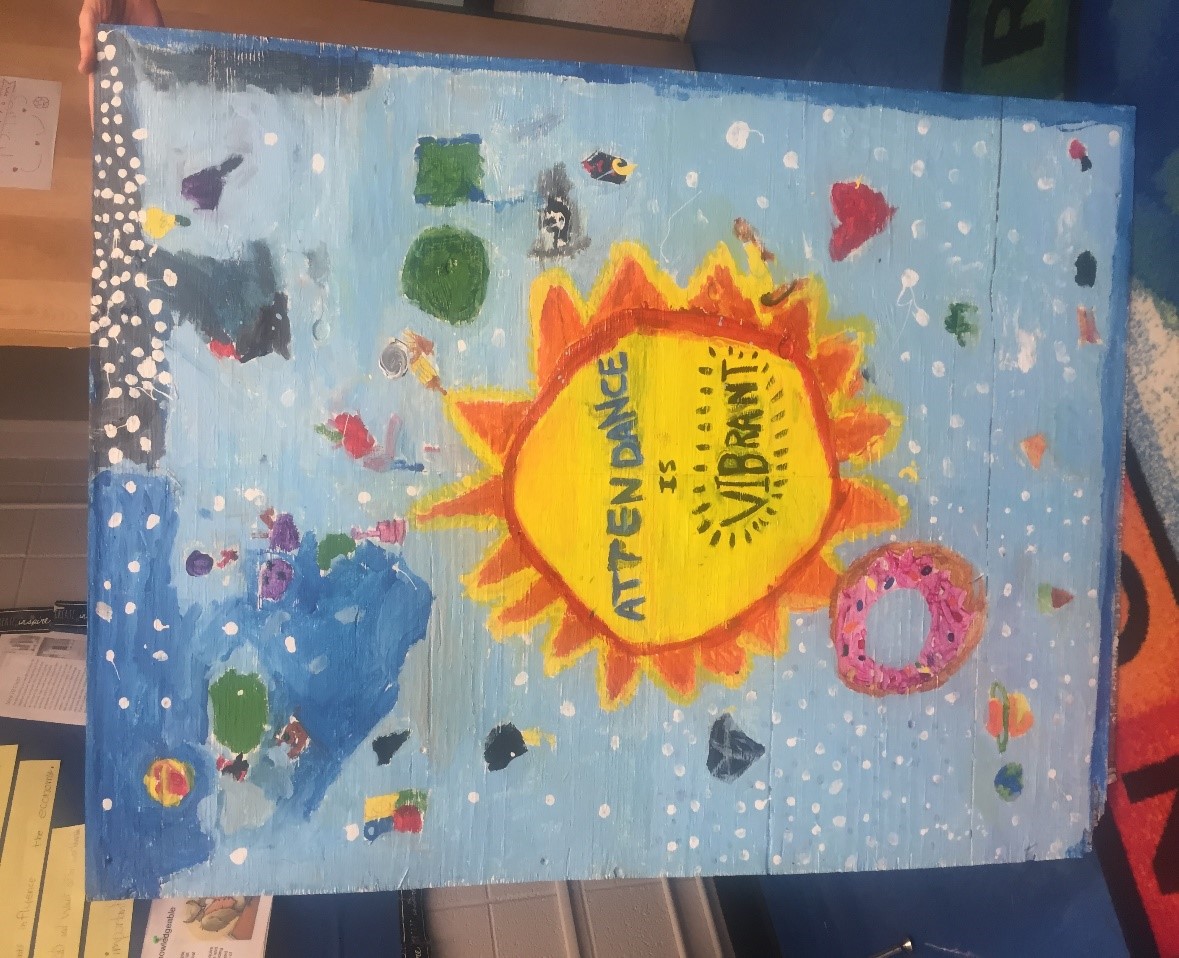 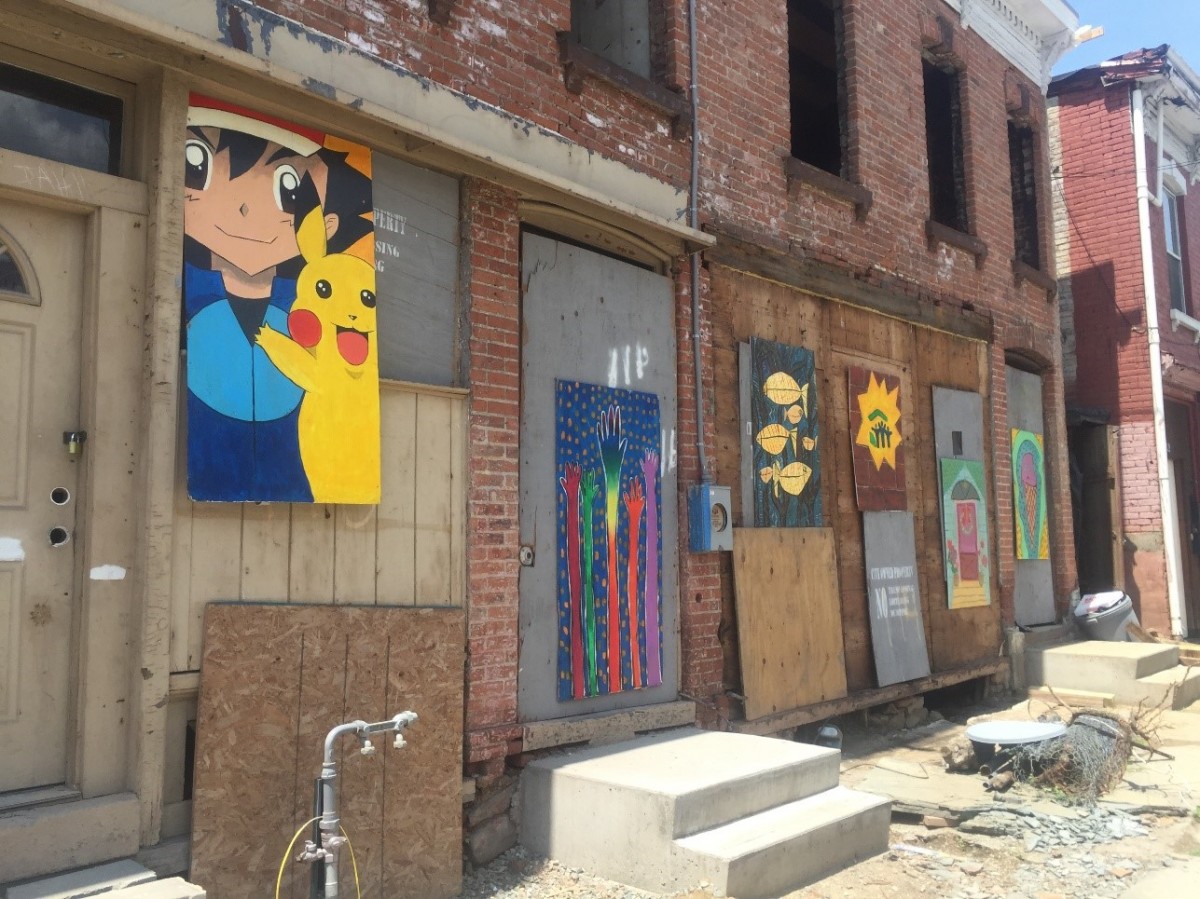 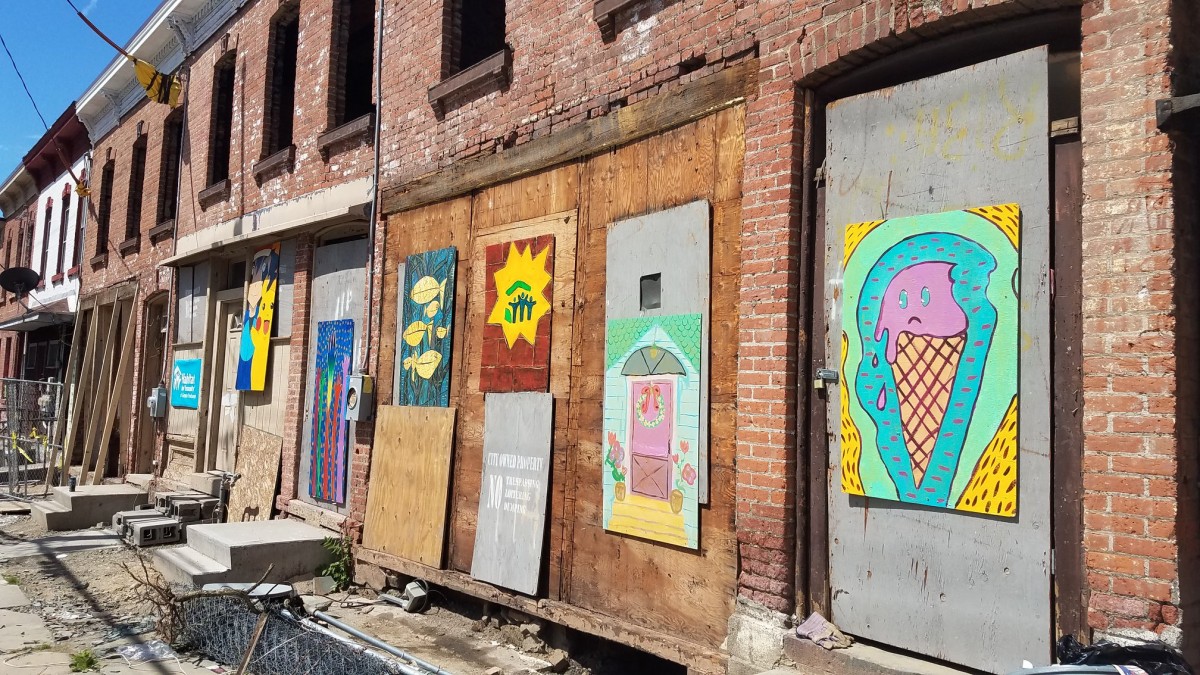 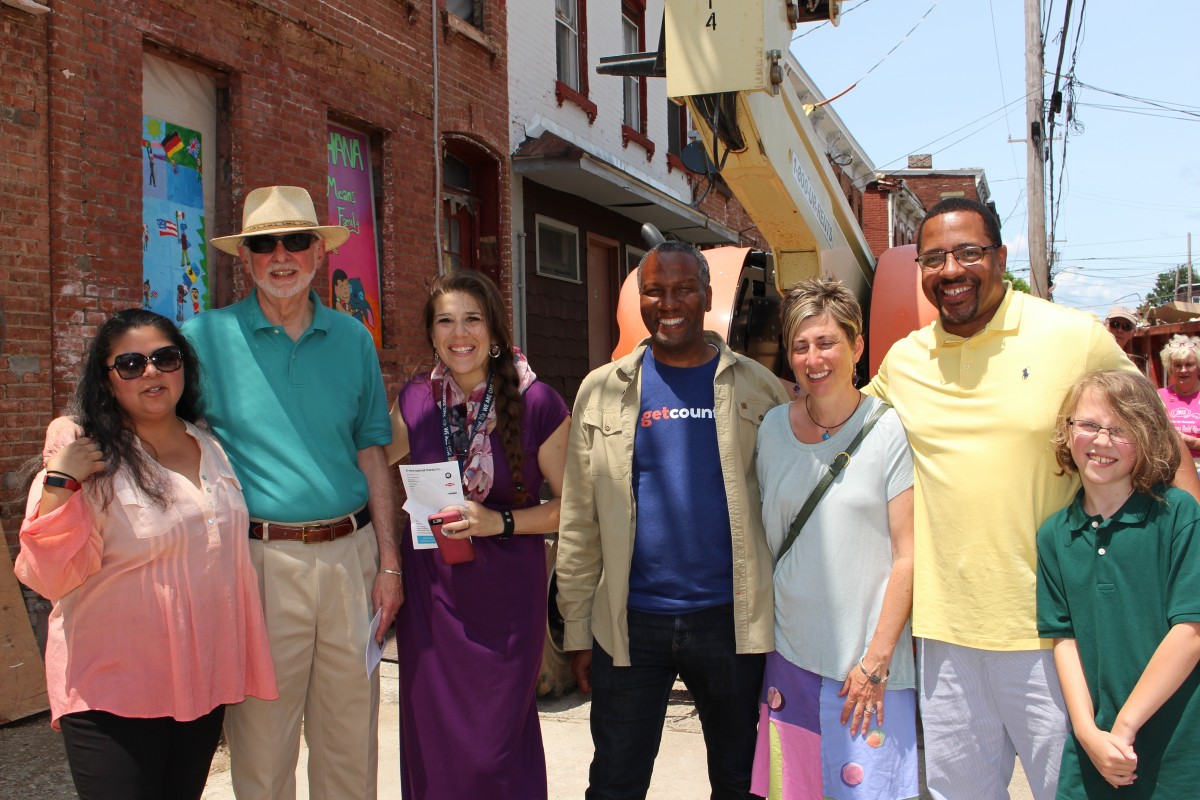 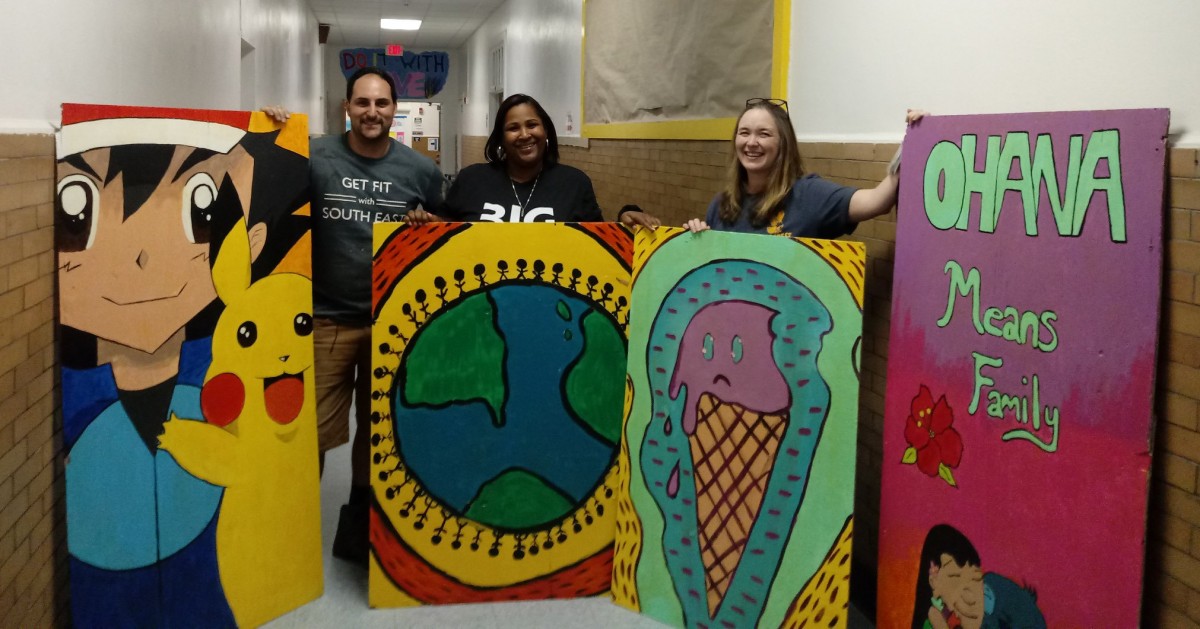 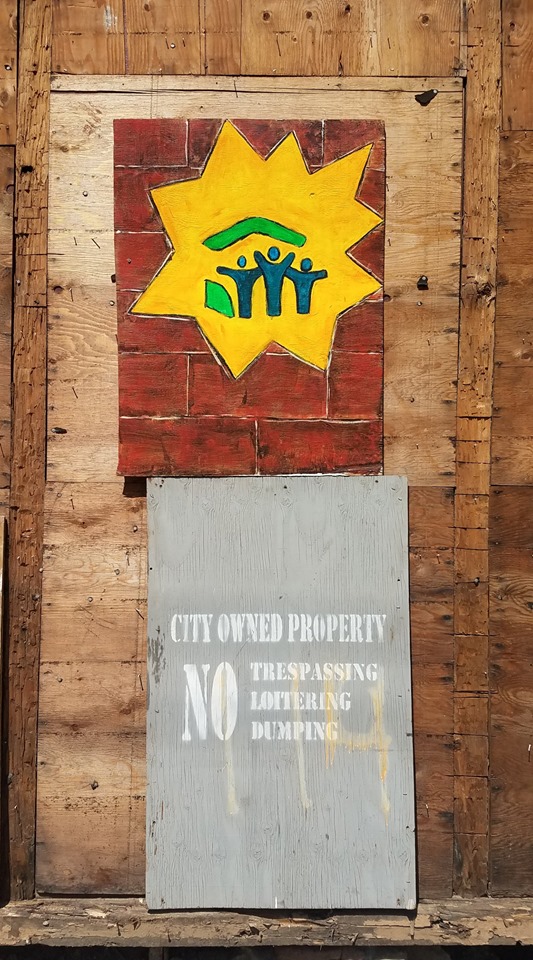 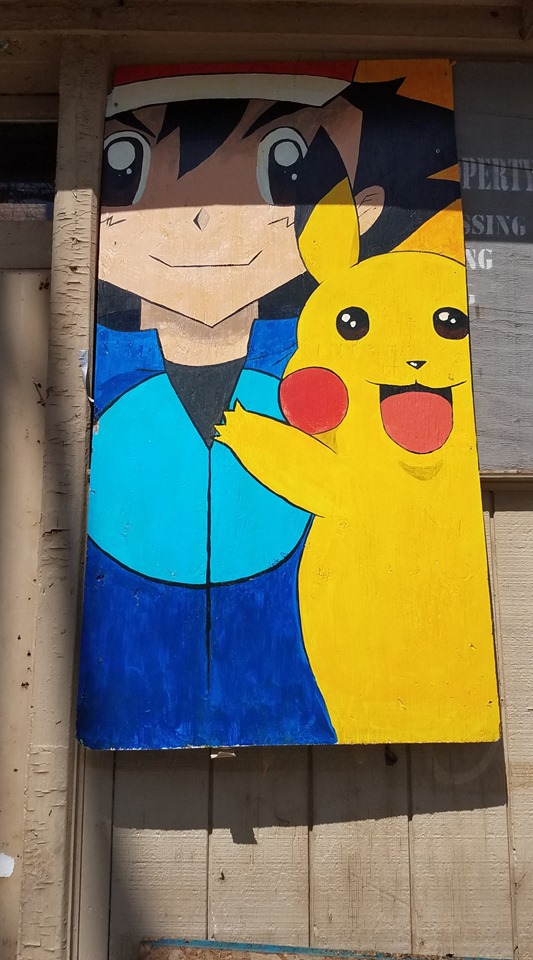 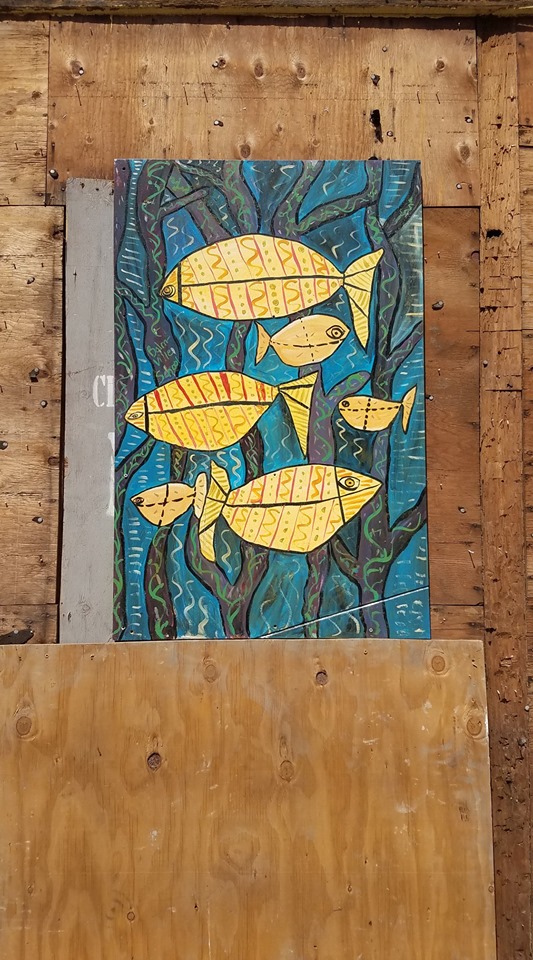 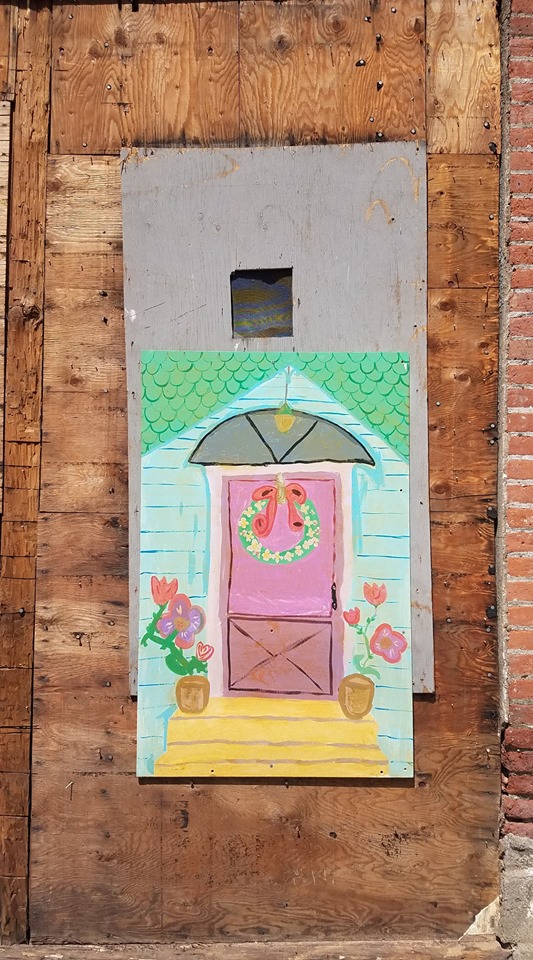 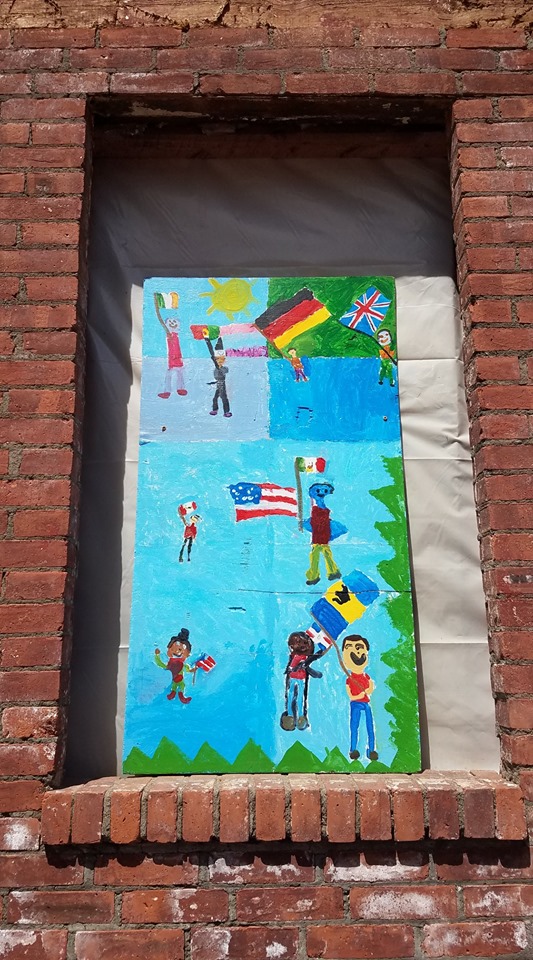 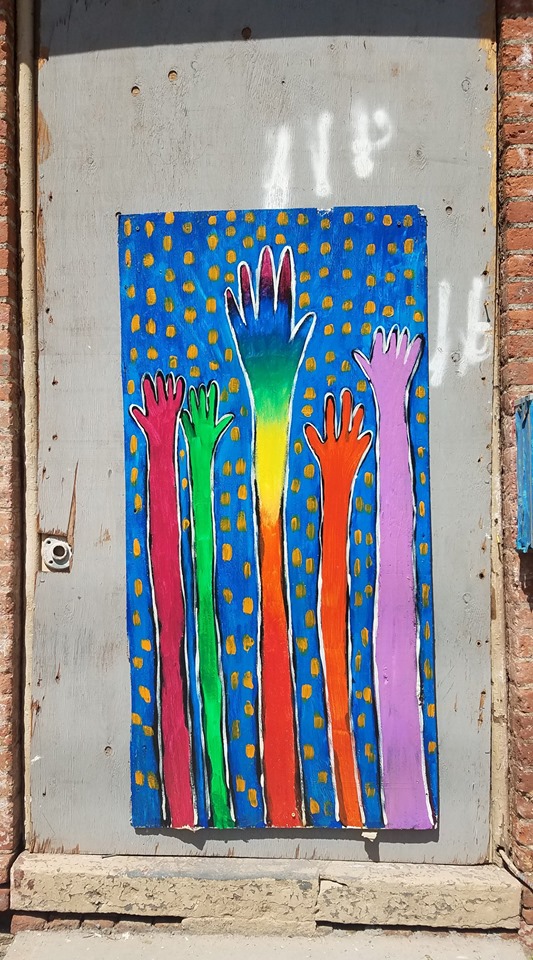 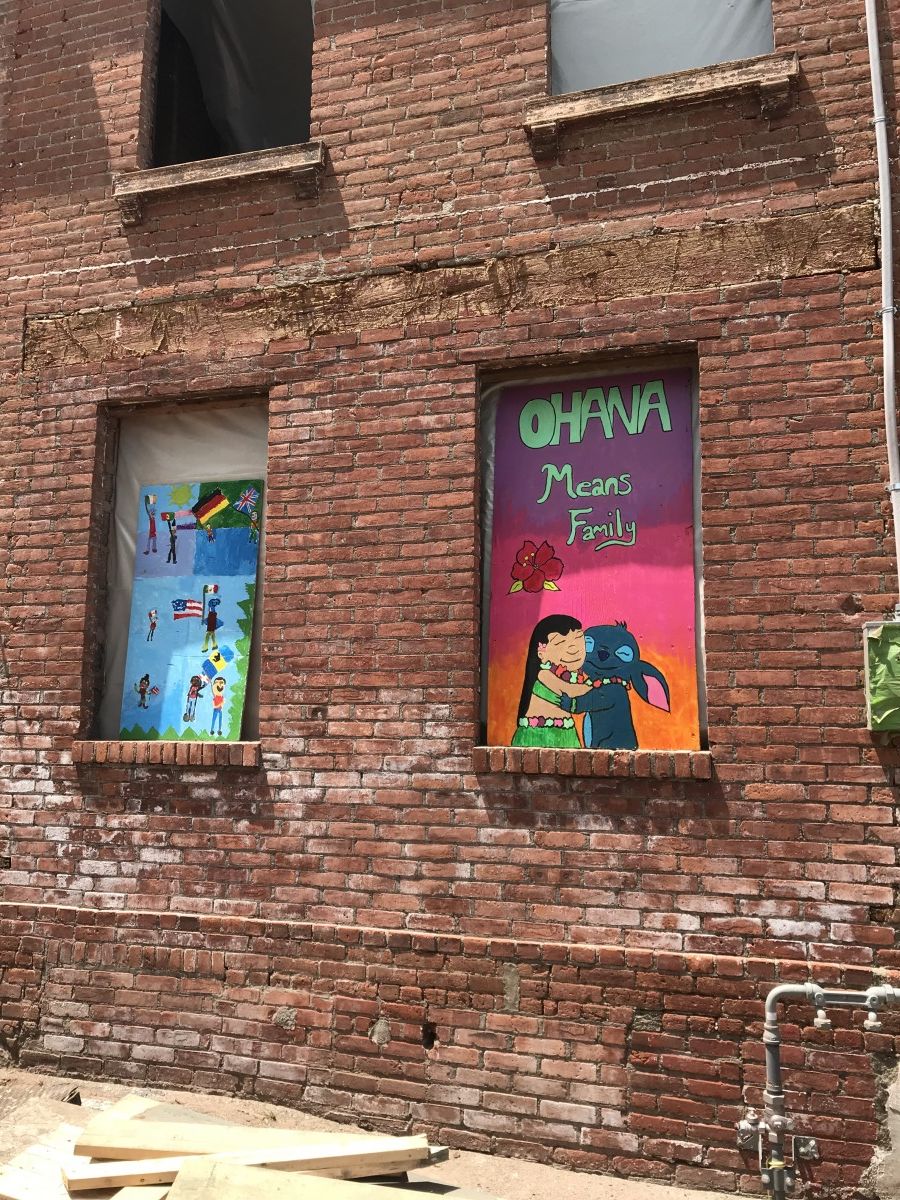 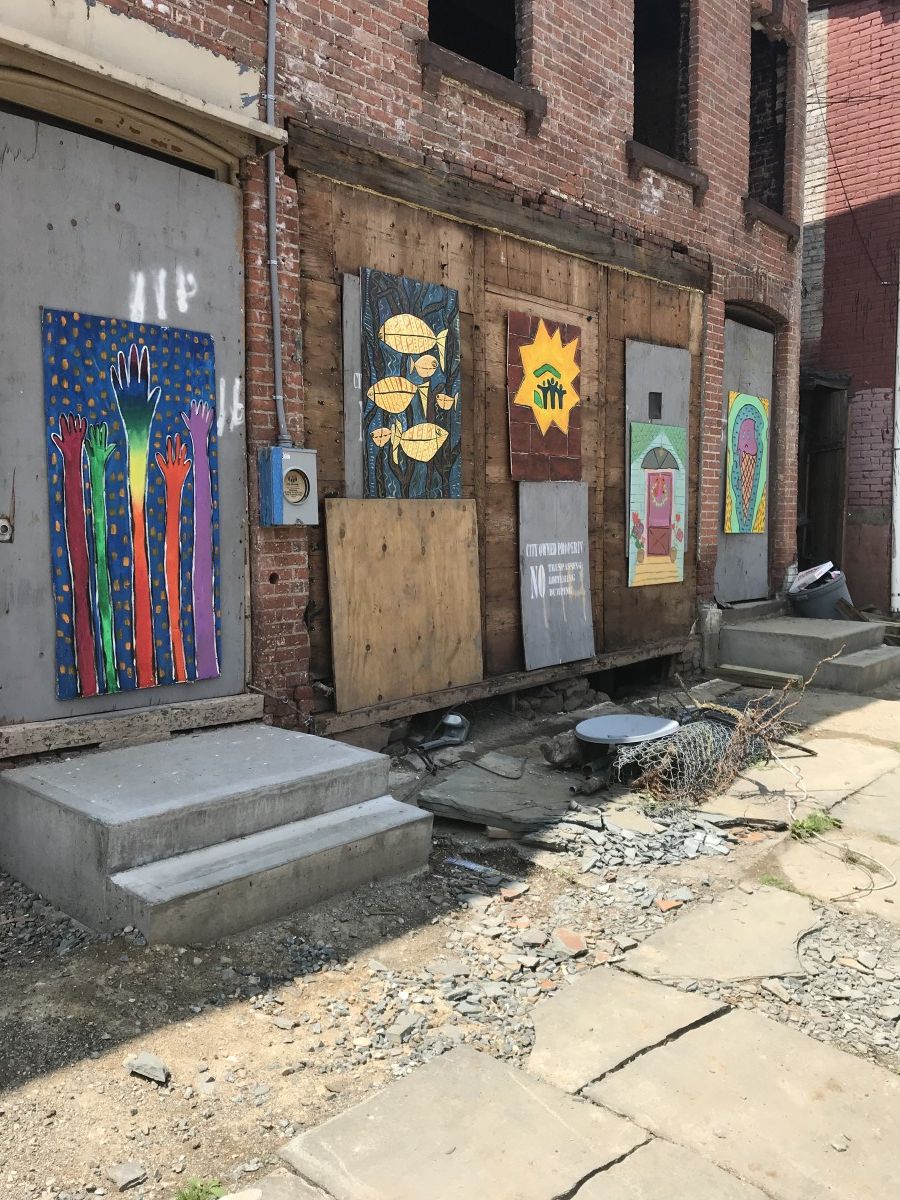