Scholars from Student Government coordinated the “scavenger hunt.” Families were handed a bag with a nametag and a summary of a key figure, as well as a scavenger hunt slip as they entered the event. The activity was intended for participants to meet new people and learn more about the influential figures.

Scholars from the My Brothers Keeper (MBK) program put together “Dynamic Duos” displays and quotes included pairs of notable people who have accomplishments in areas of social and political leadership, athletic ability, artistic achievements, musical talents and more. The MBK program at South Middle School is led by Mr. Kareem Donaldson and Mr. Alex Sokolinski.

Mr. Brandon Valois set up his speakers and a table for music for the evening. Mr. Monroe is brought in some traditional African decorations for the event. Mrs. Williams set up and prepared dinner with her crew of volunteers. Mr. Davis emceed the event. 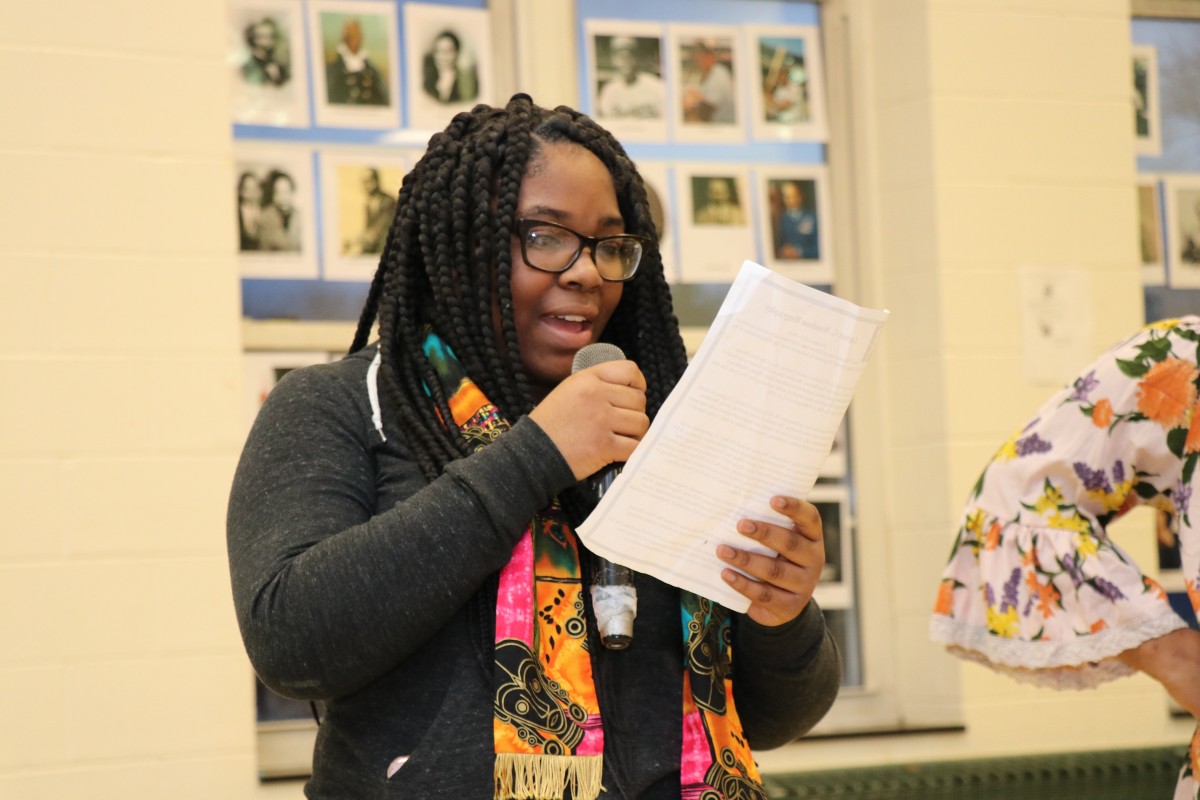 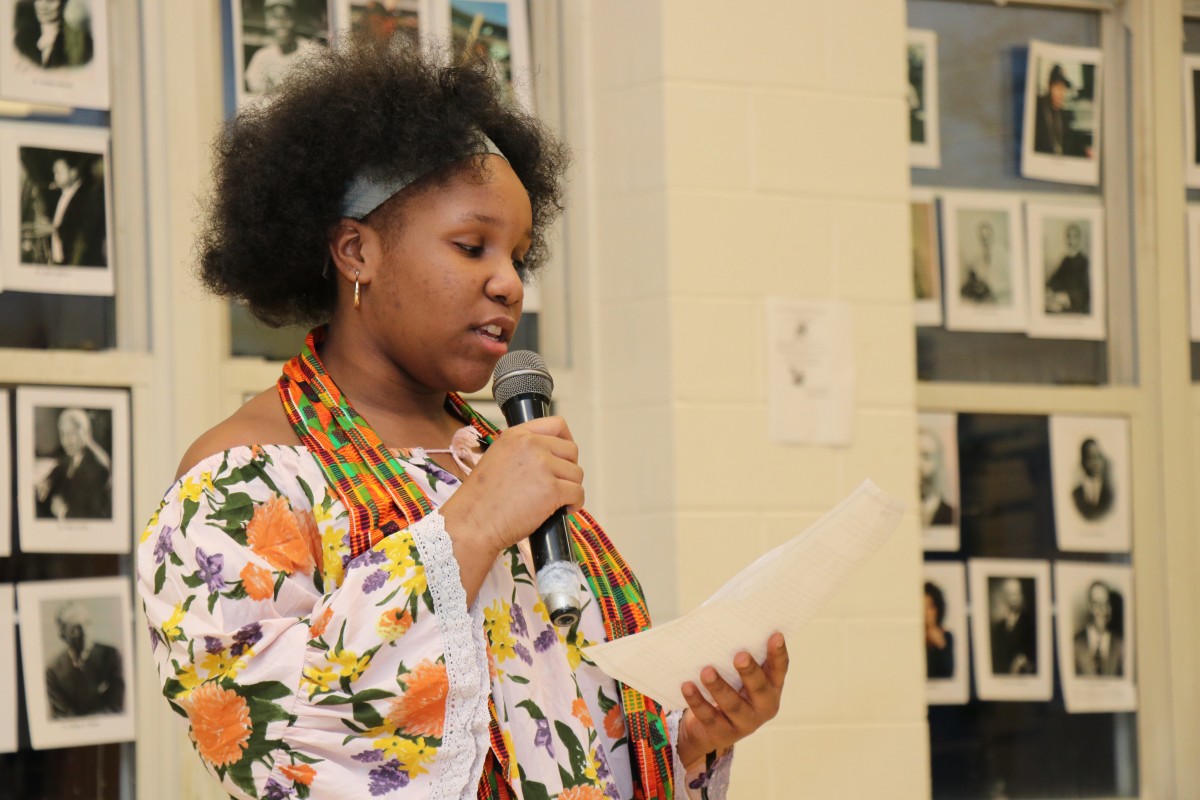 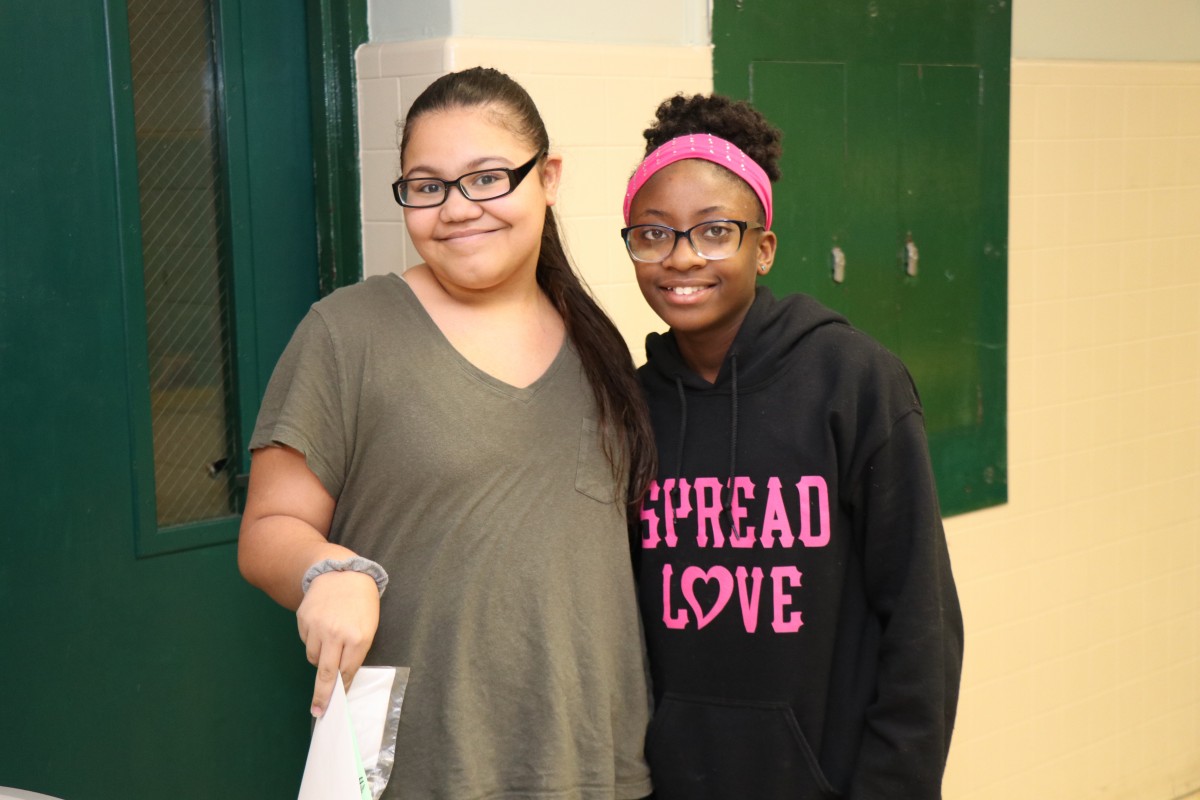 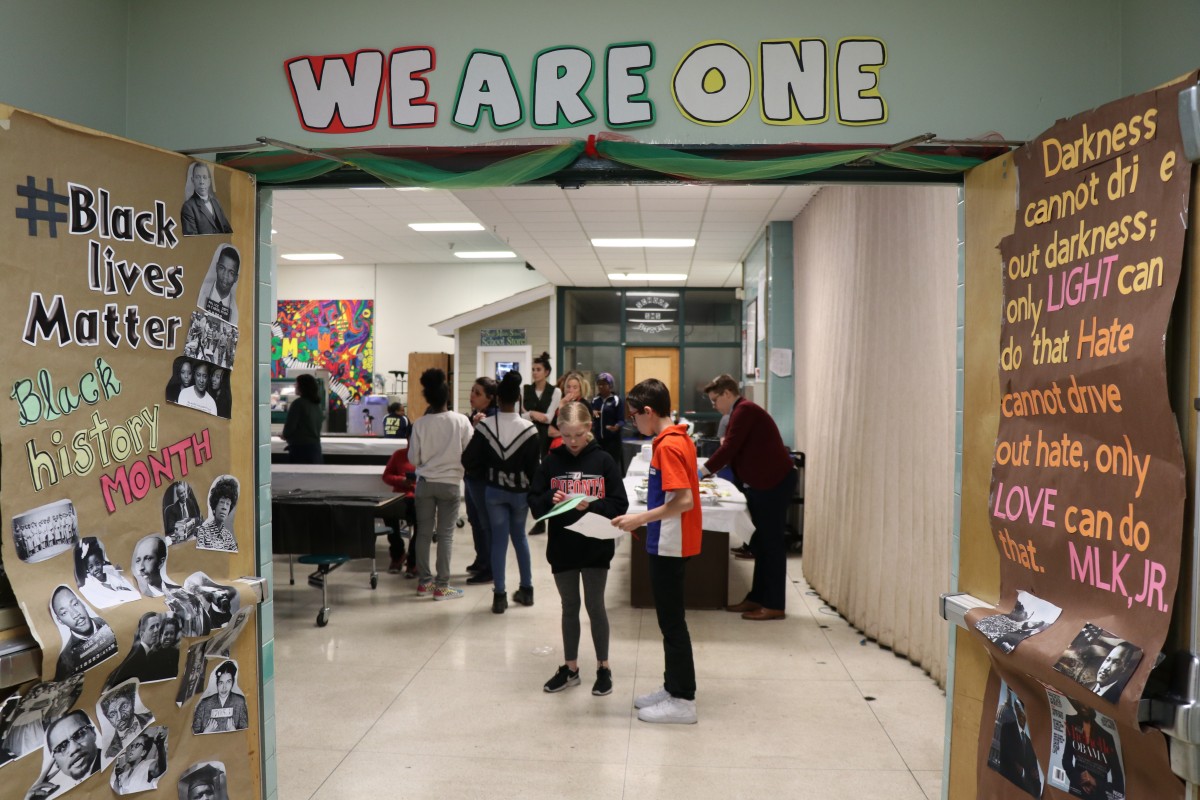 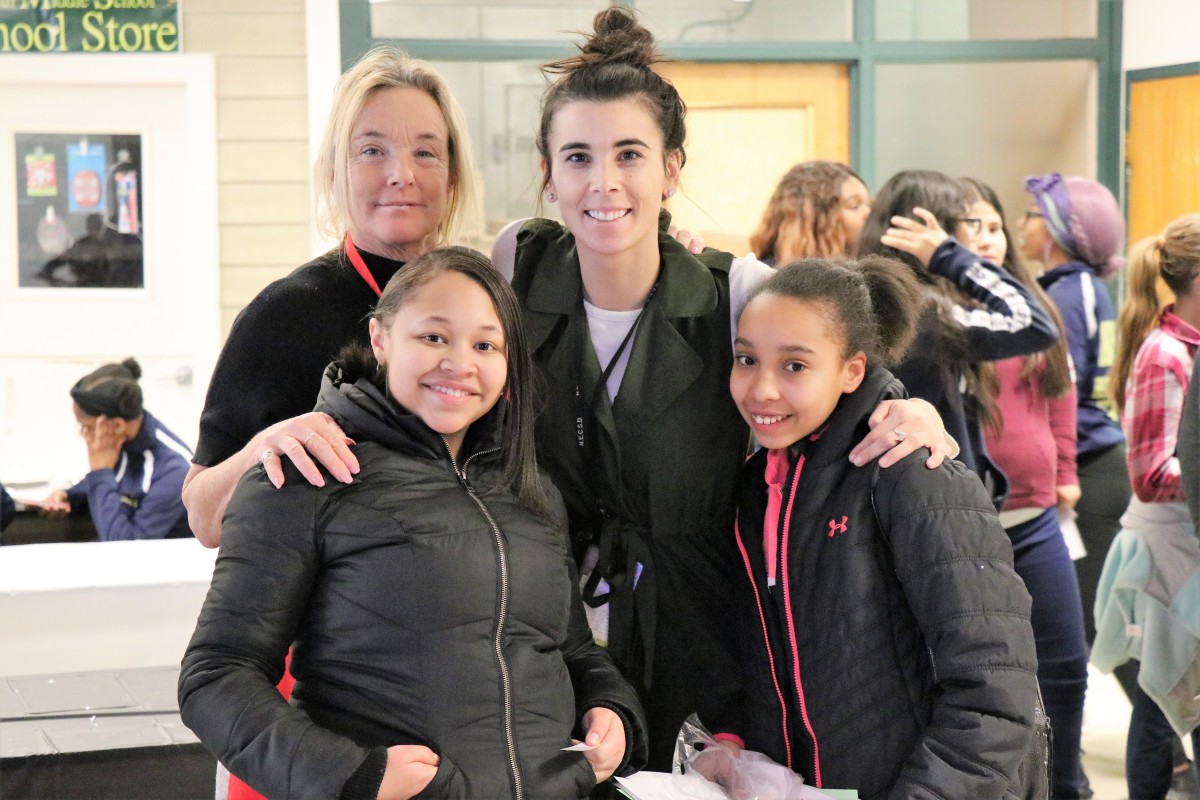 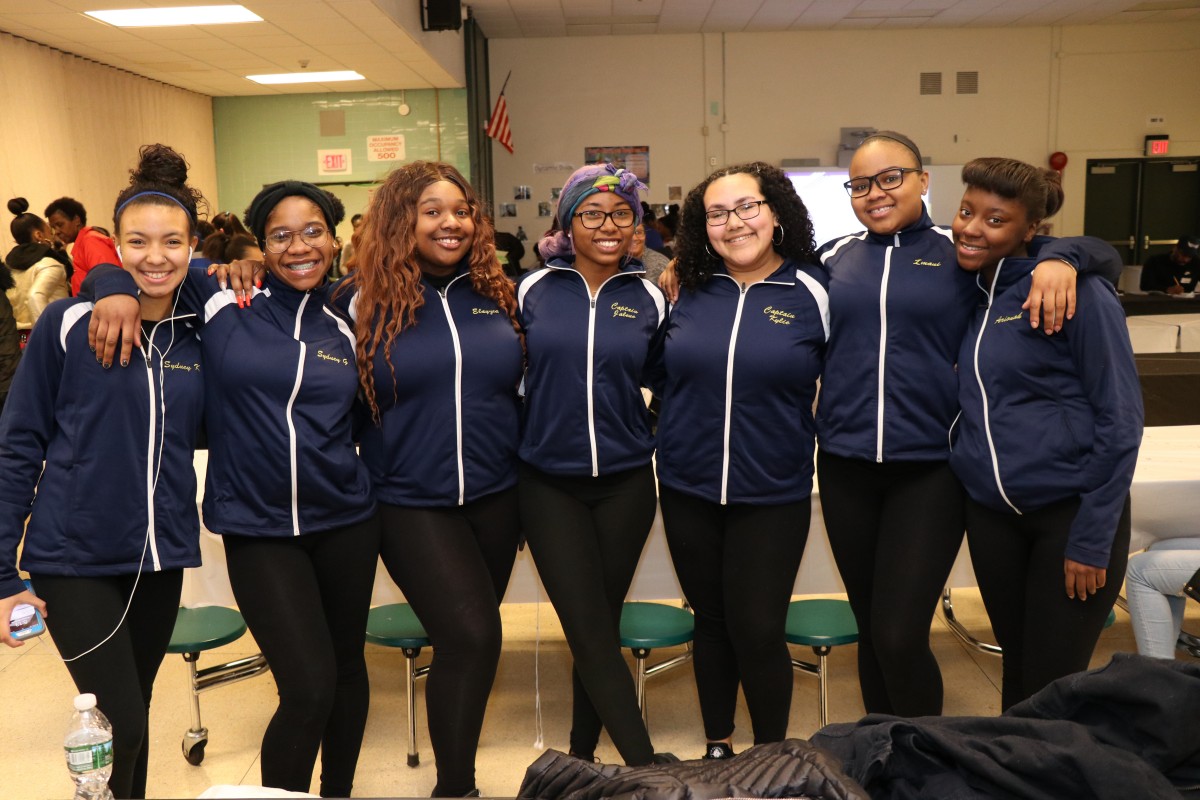 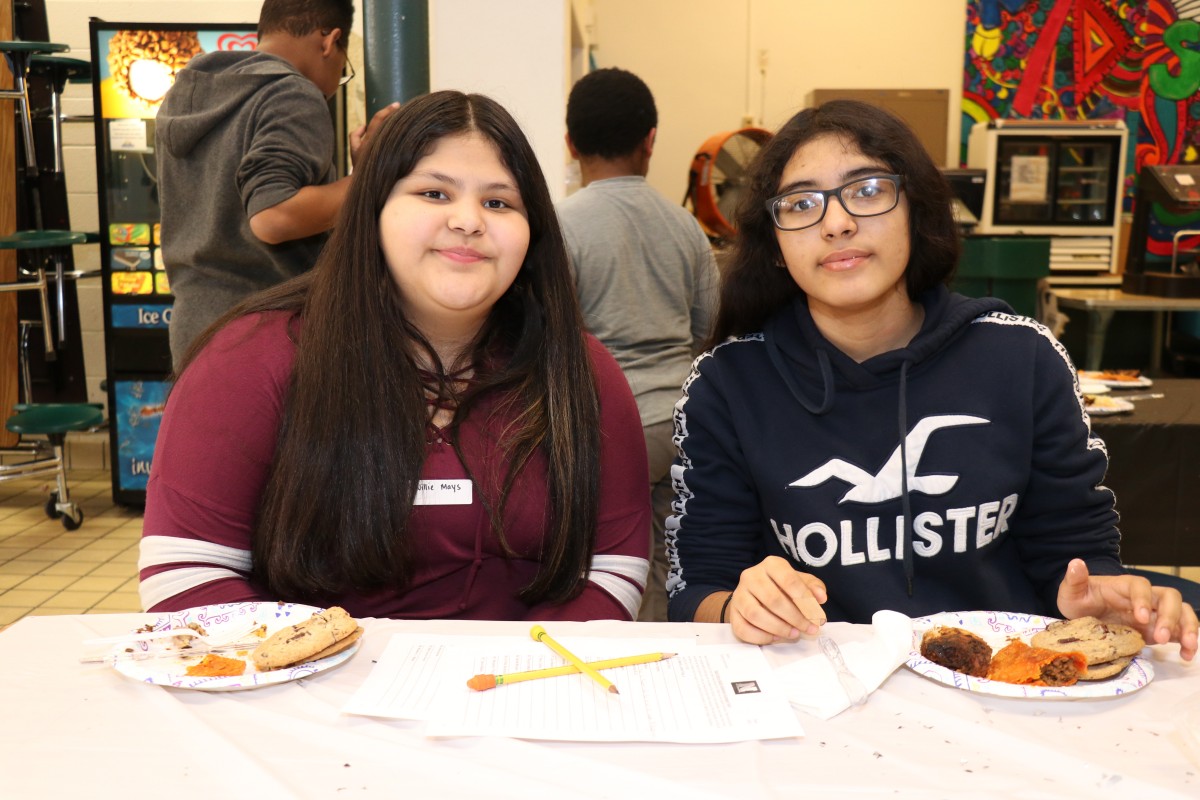 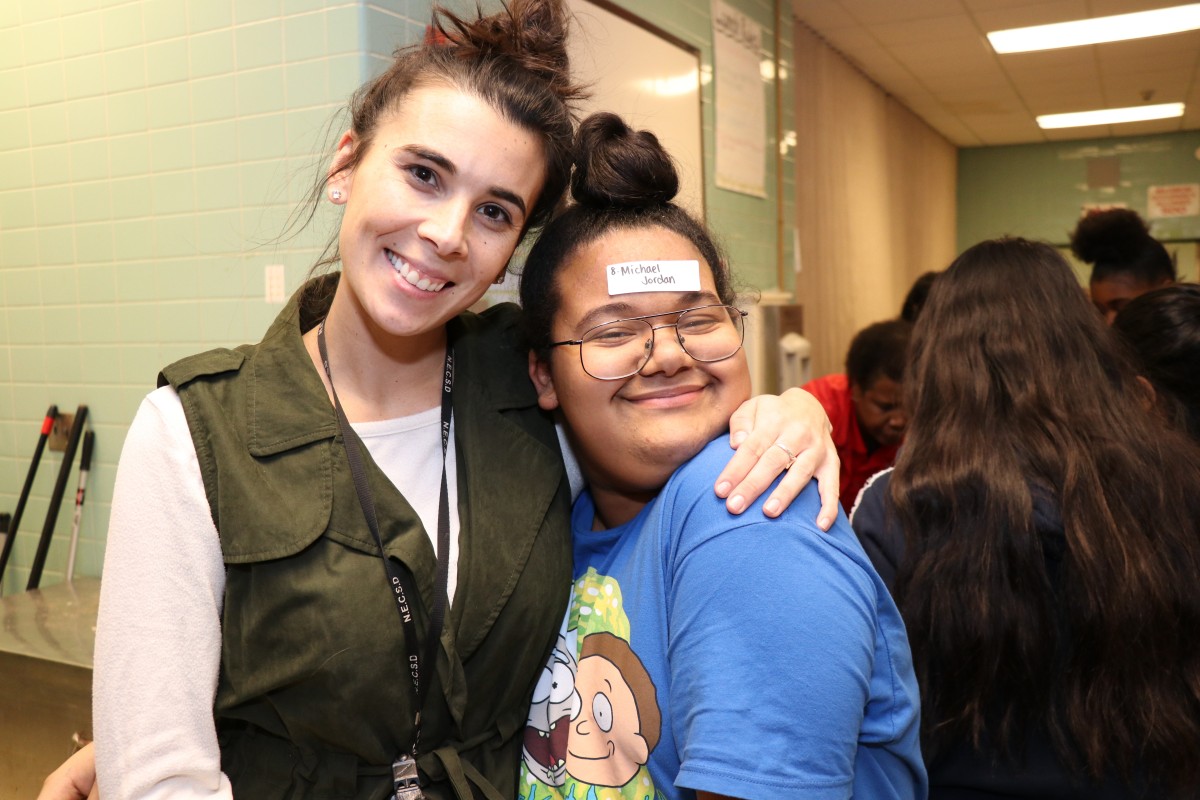 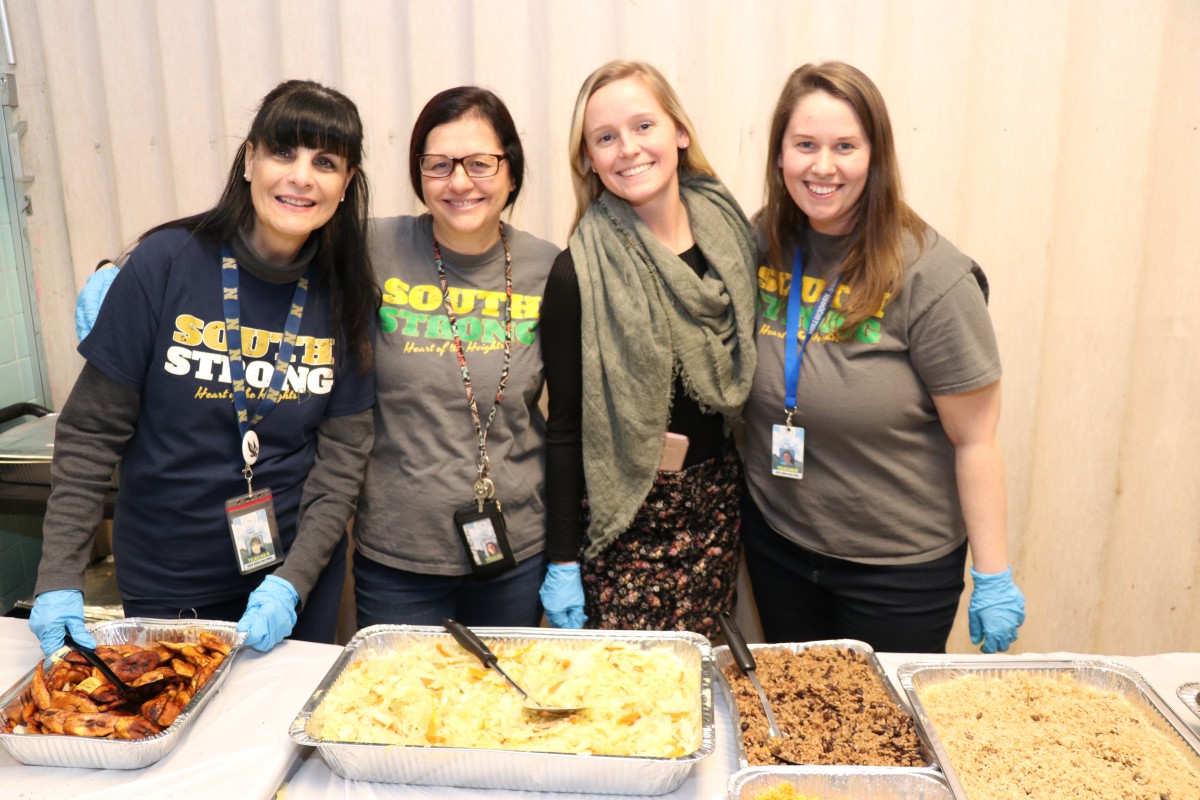 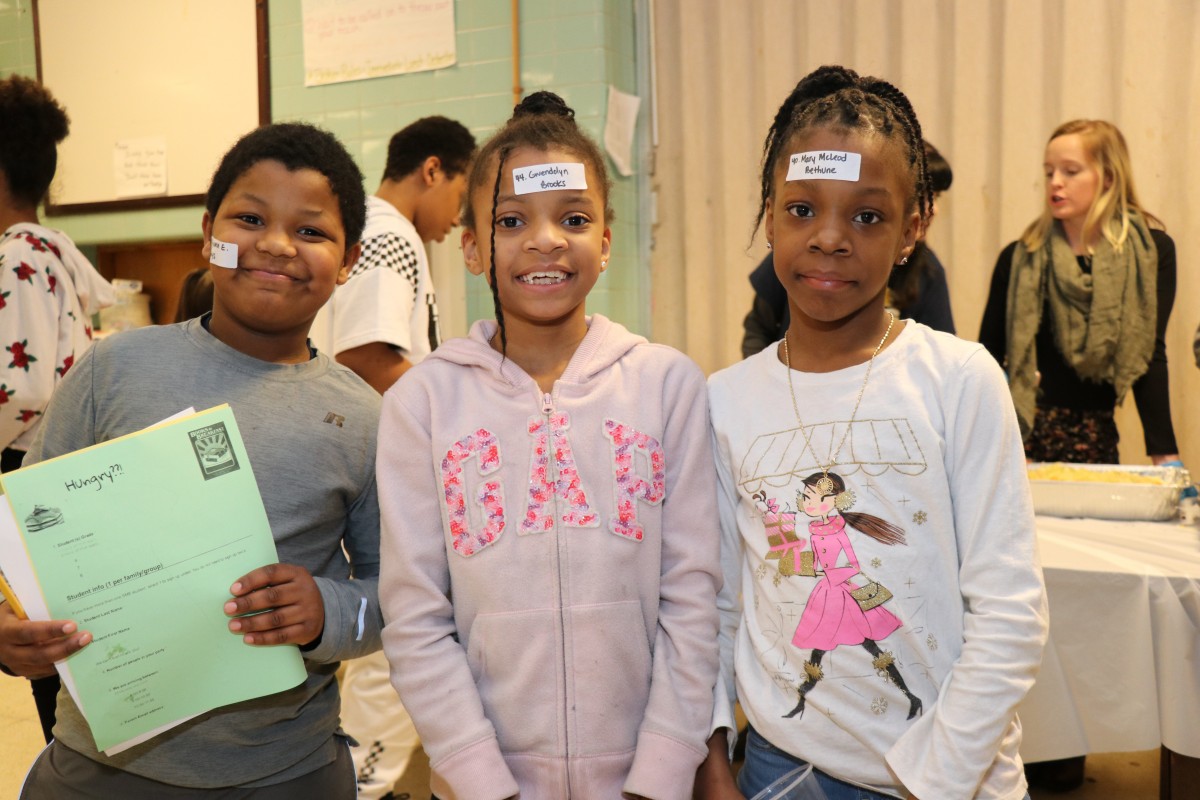 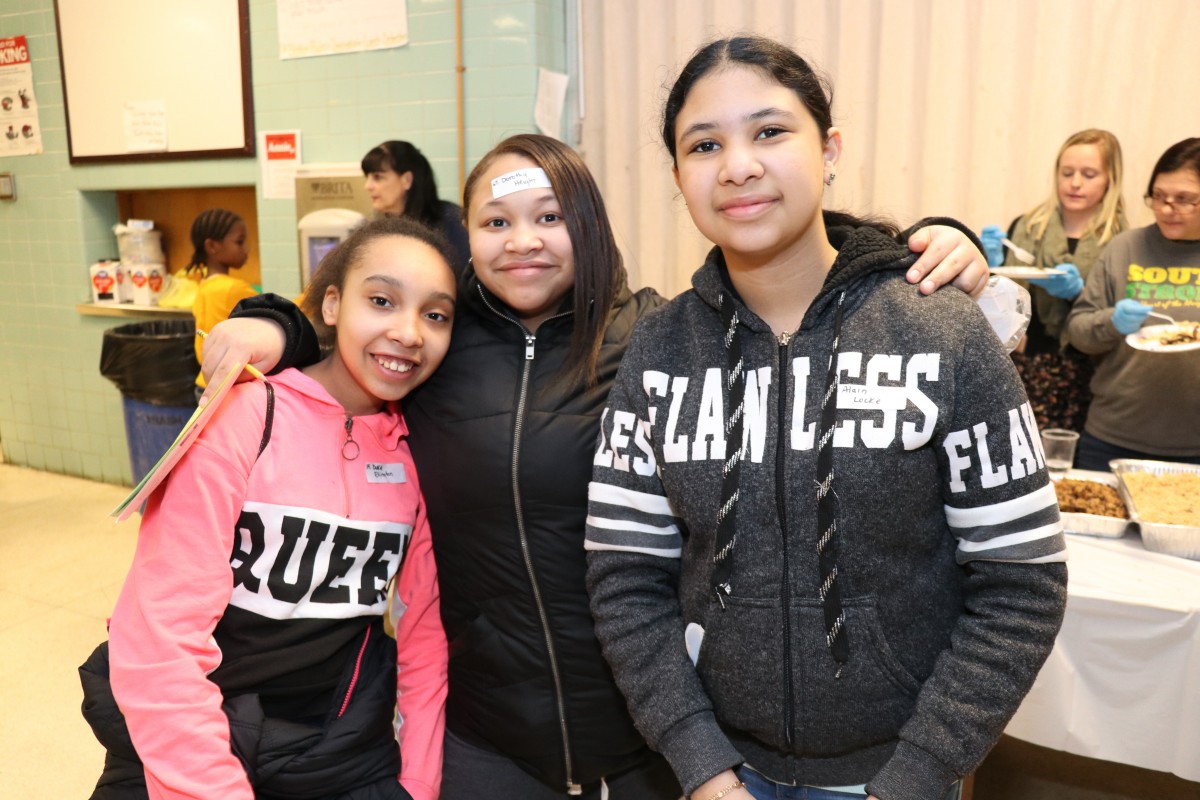 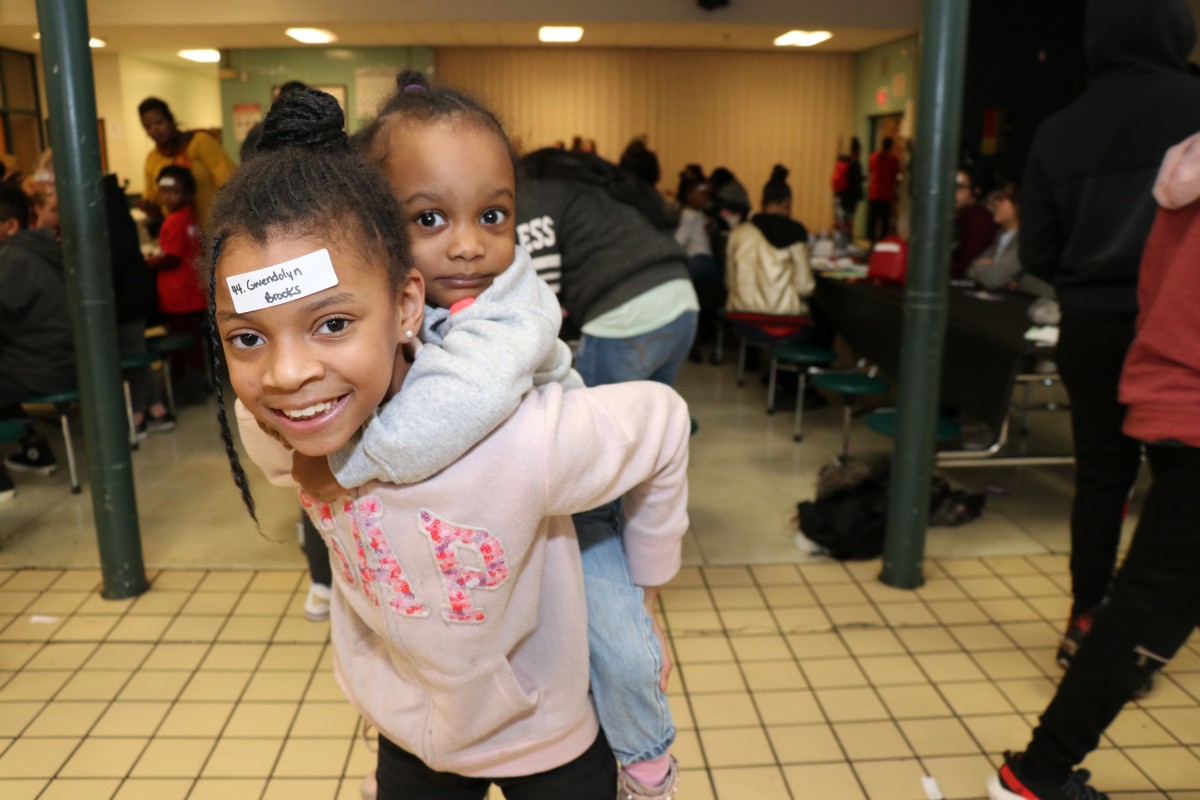 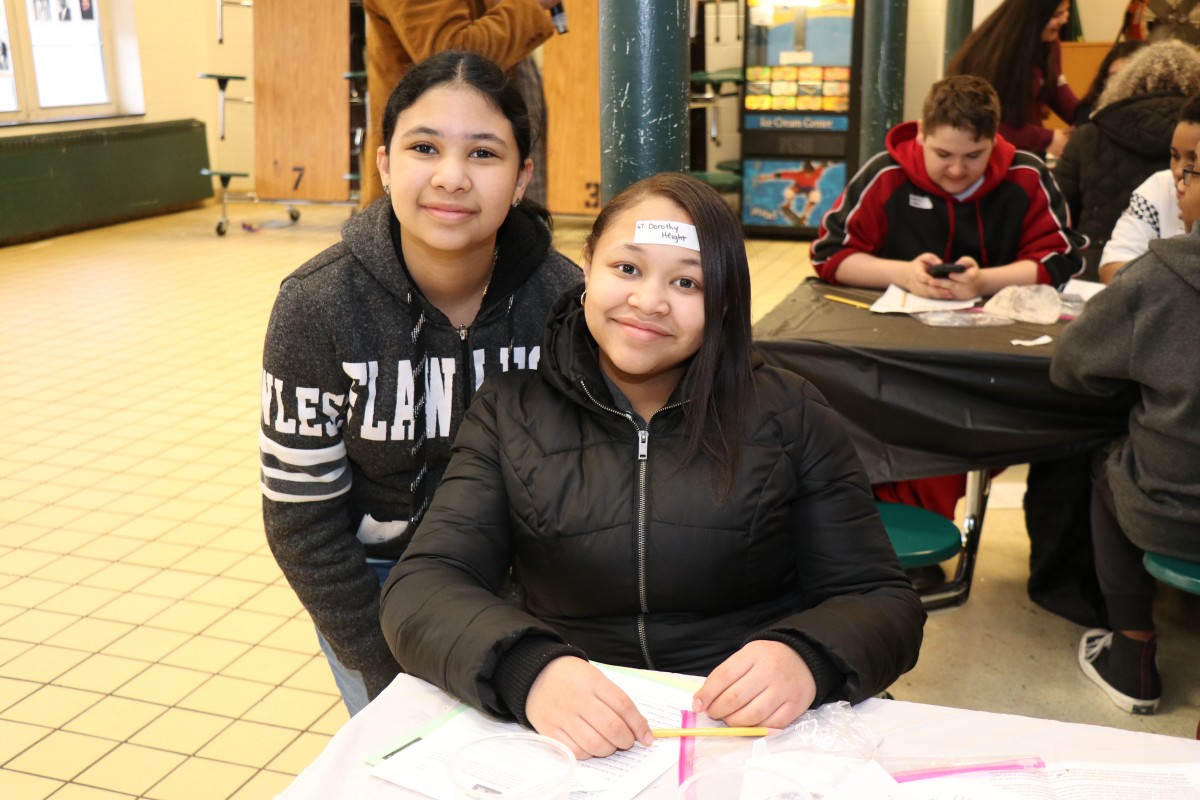 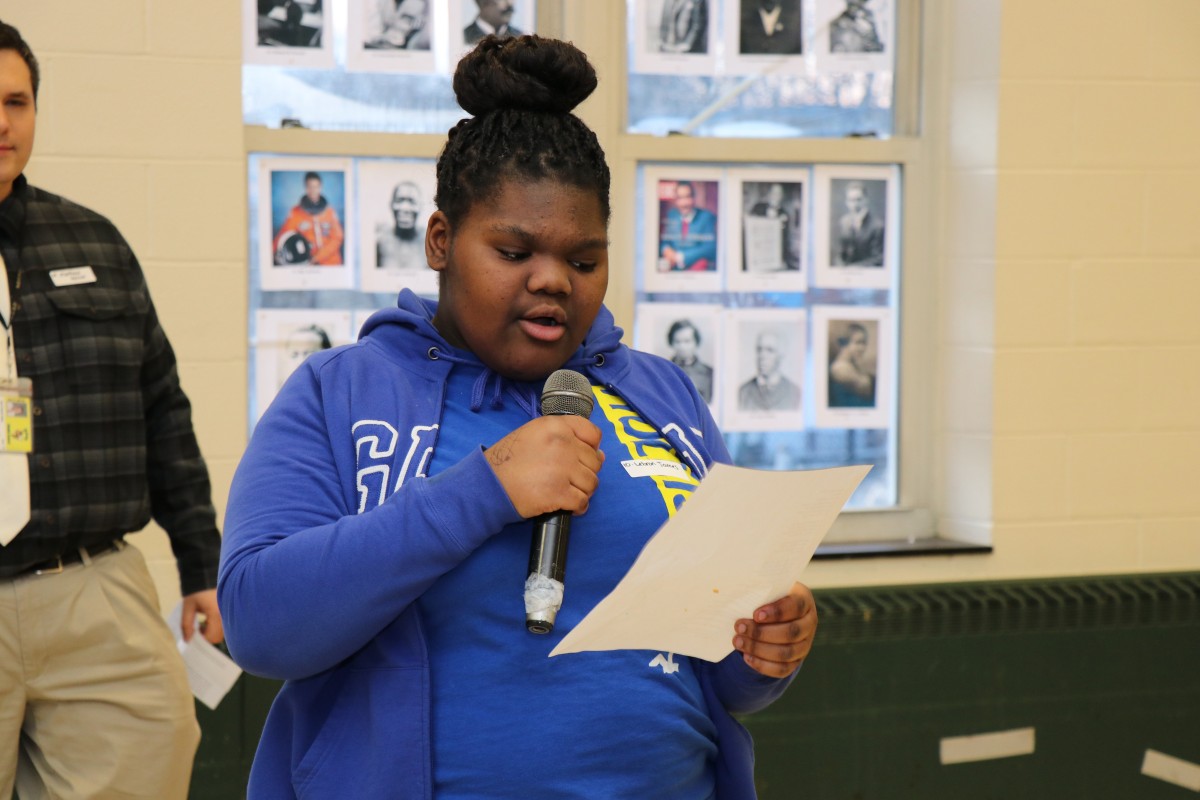 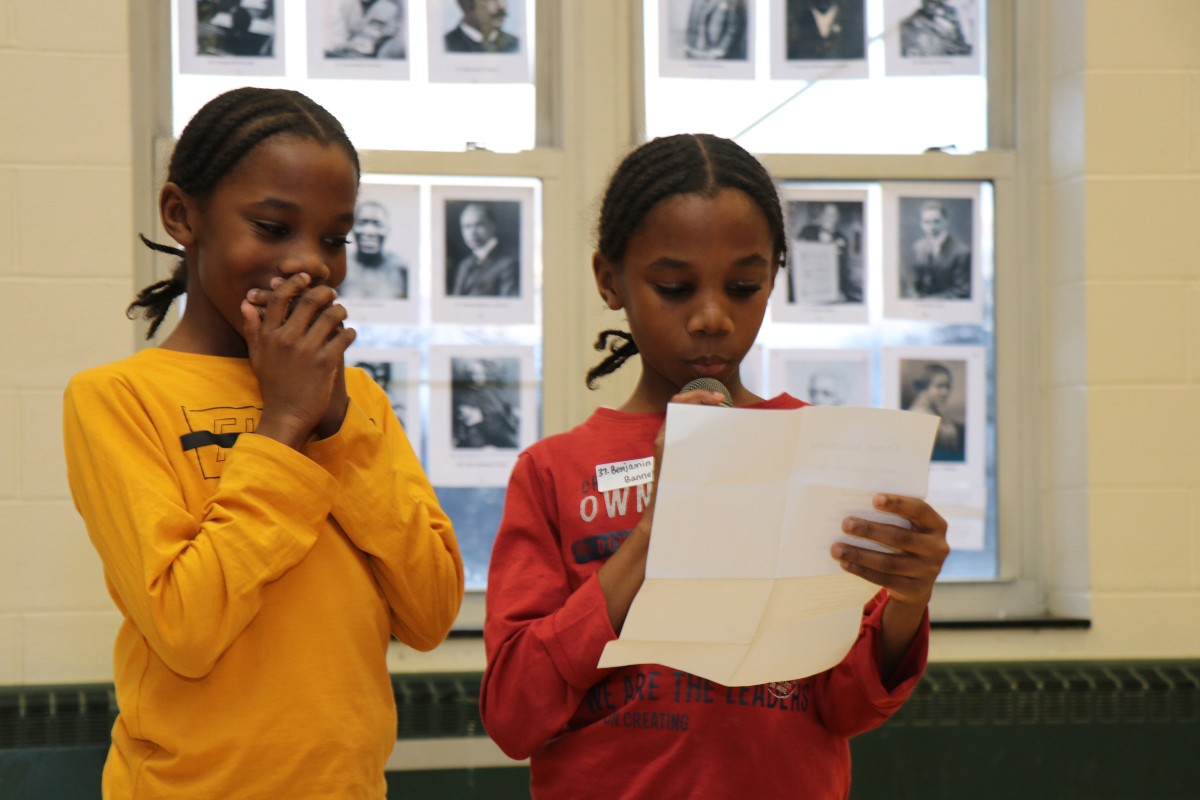 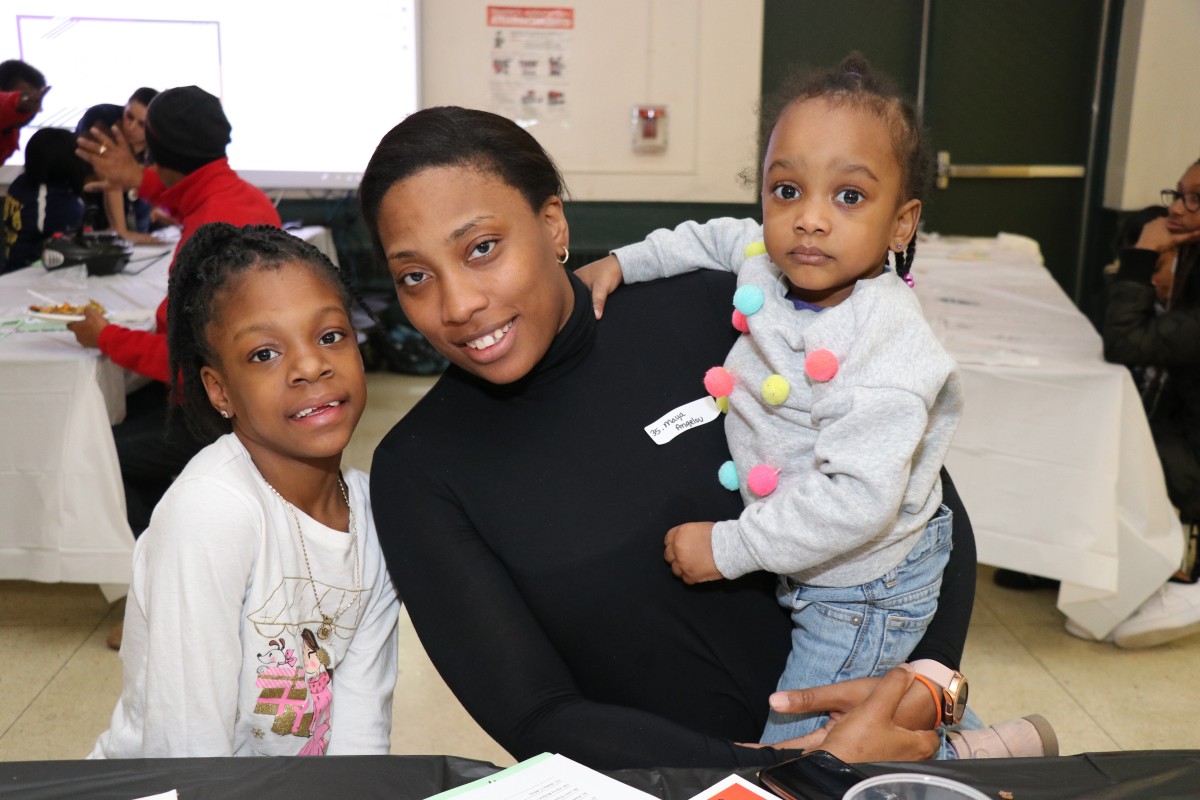