Scholars from NFA JROTC Demonstrate for Board of Education

Members from Newburgh Free Academy's JROTC program demonstrated two areas of competitive performance to the Board of Education earlier this month. The areas that were demonstrated have won awards in competition with neighboring schools.

The group was invited by the superintendent to present the colors during the pledge of allegiance at the BOE meeting and to do a demonstration.  This was a way of giving recognition and an opportunity to express appreciation as a result of our recent successful inspection by the group's HQ.

All attendees were members of the NFA JROTC Competition Drill Team.  The first group of four presented the colors for the pledge.  The second group demonstrated an "unarmed inspection" routine.  Normally there are 12 cadets plus a commander.  Due to space limitations, we used three cadets with one inspector.  The inspector was Cadet Colonel Marisa Hansen who is our Group Commander.
The last presentation was an "unarmed exhibition" routine.  Our competition team has nine cadets, but again, due to space limitations we used two cadets.  When using only two cadets it is normally referred to as "Unarmed Dual Exhibition."

The scholars were presented by Colonel Edward Seward. 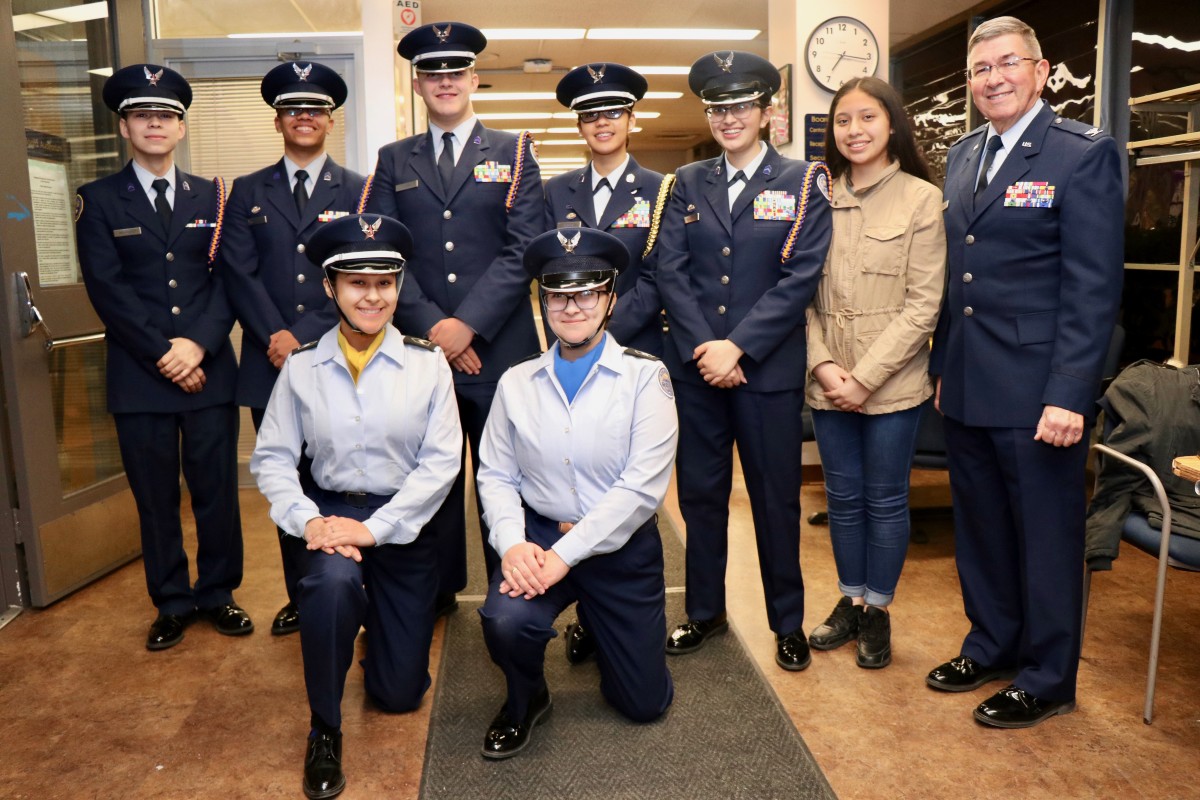 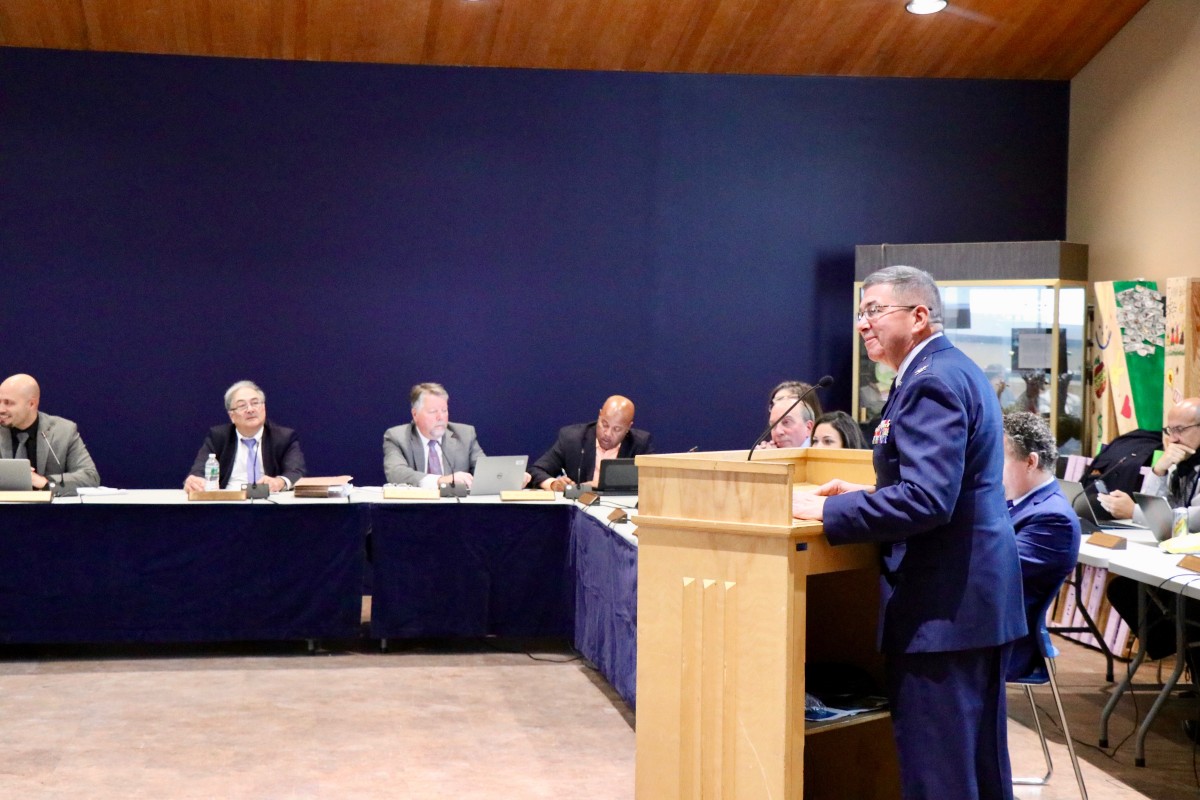 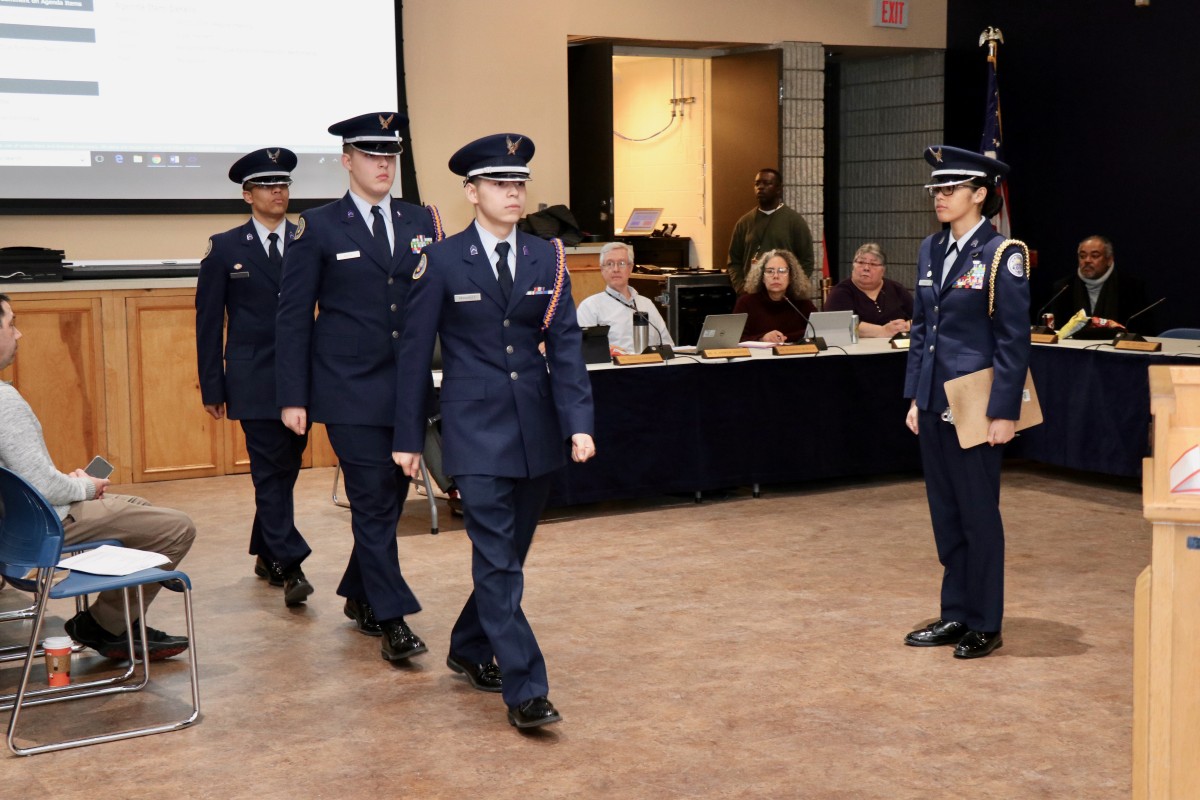 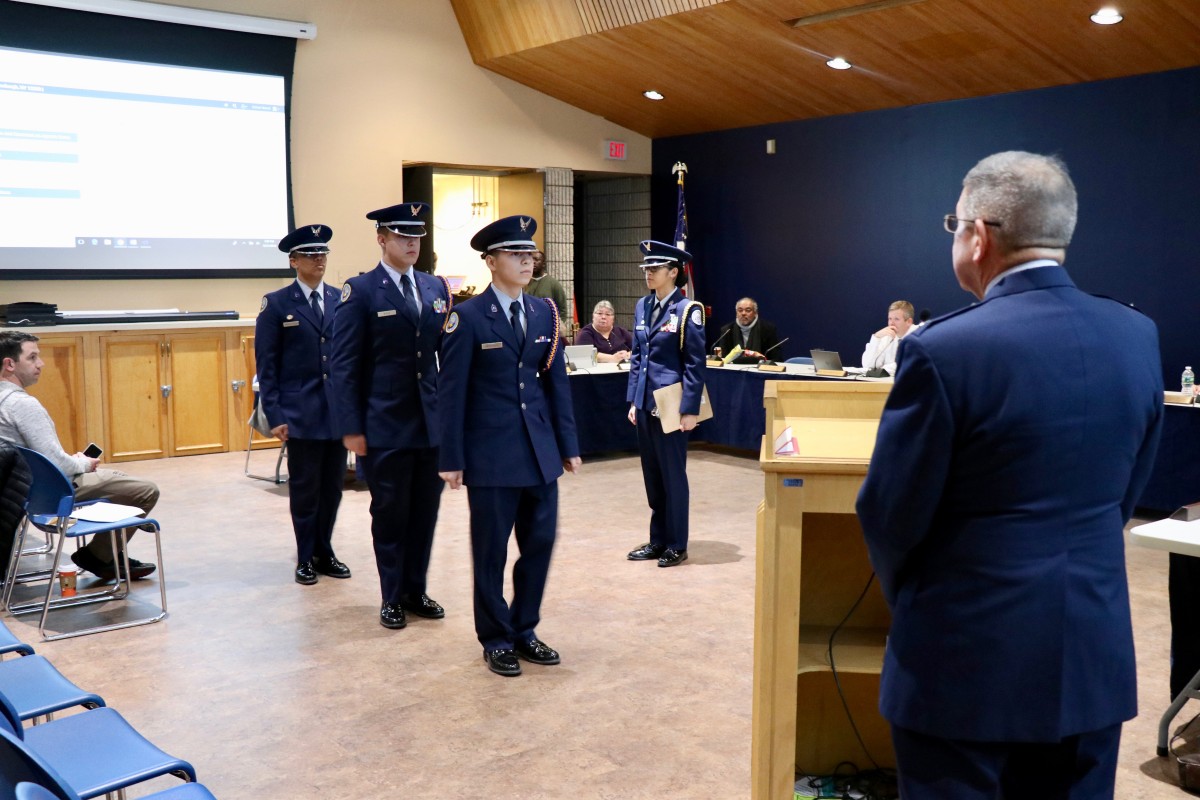 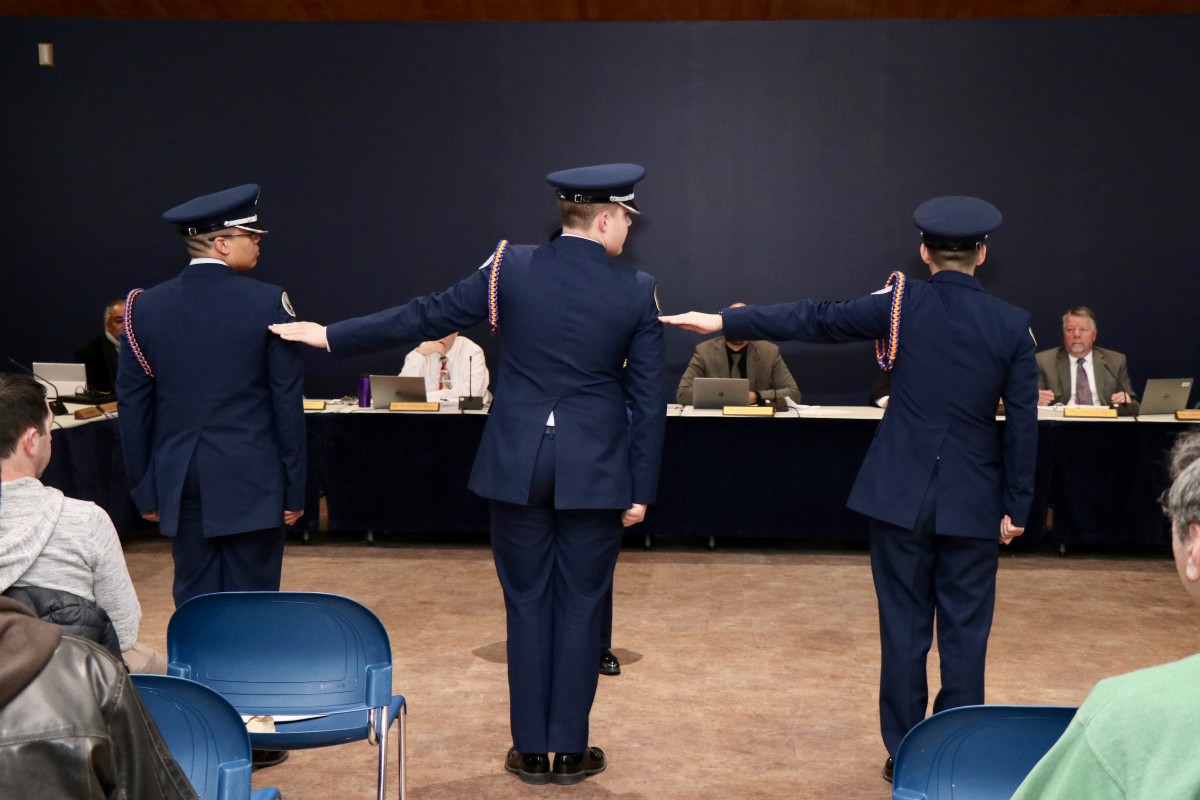 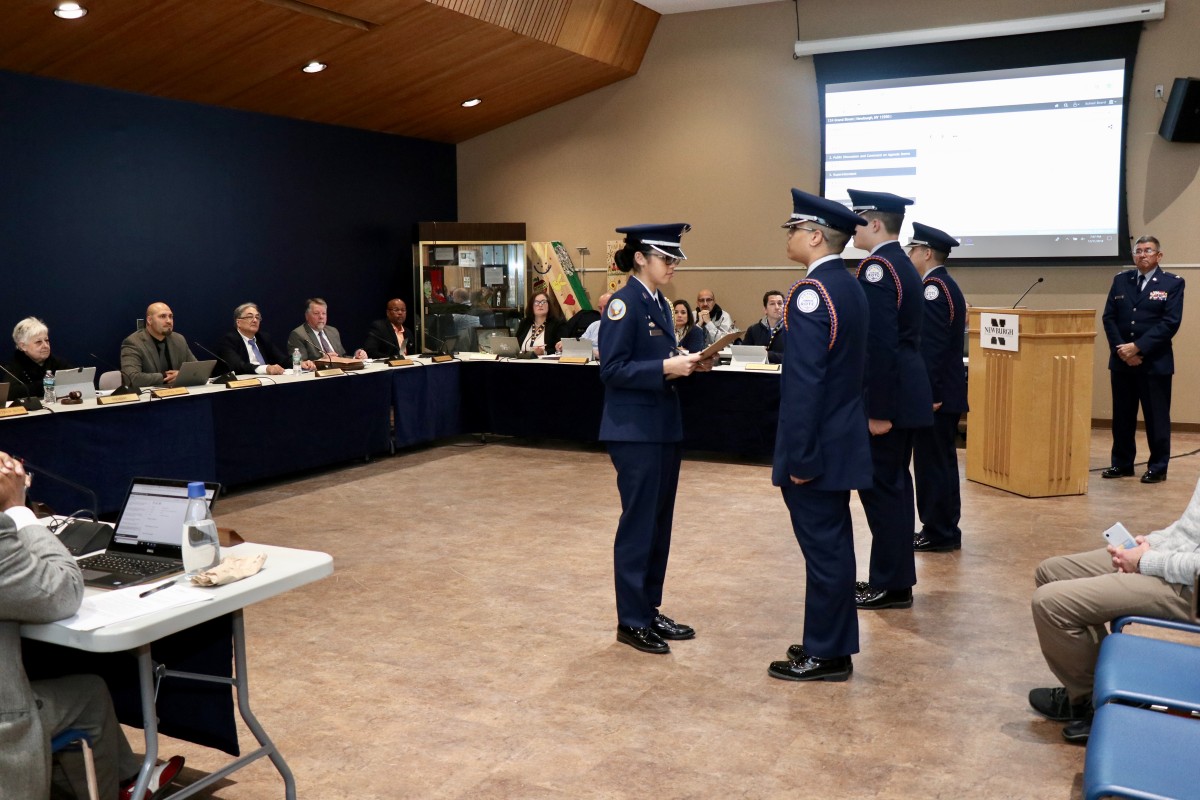 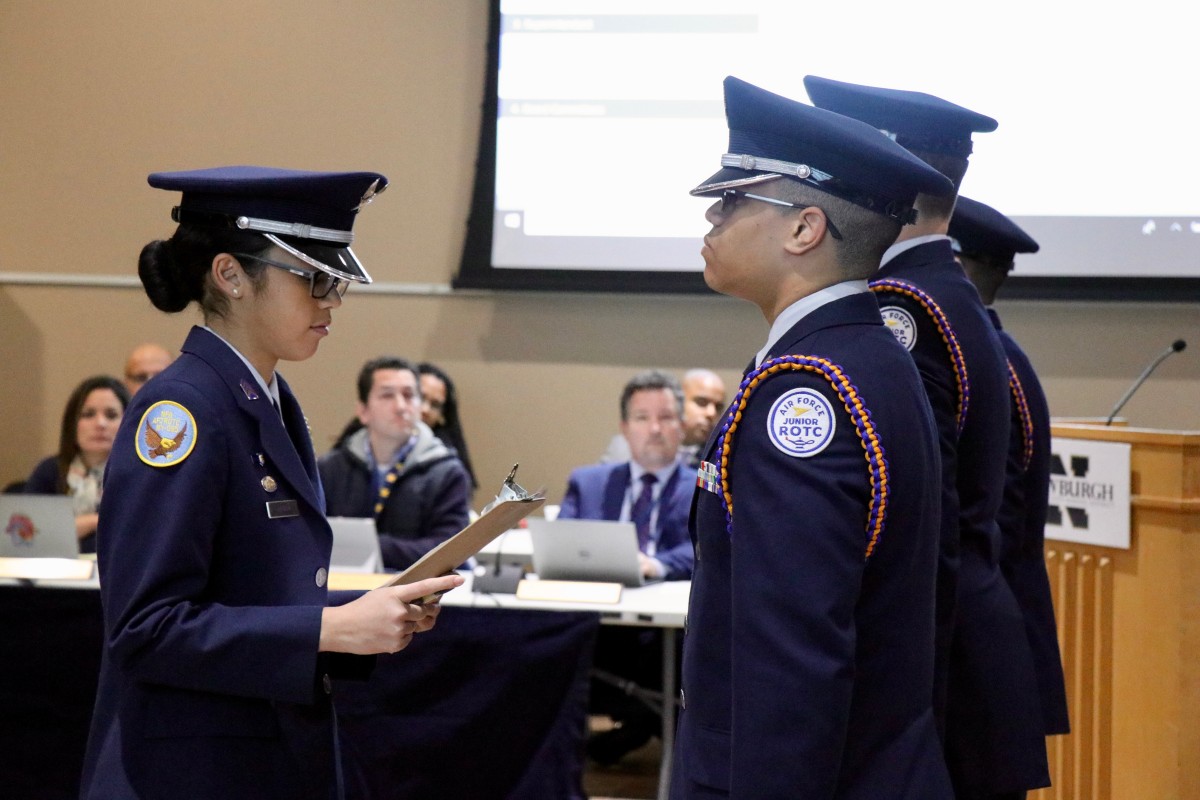 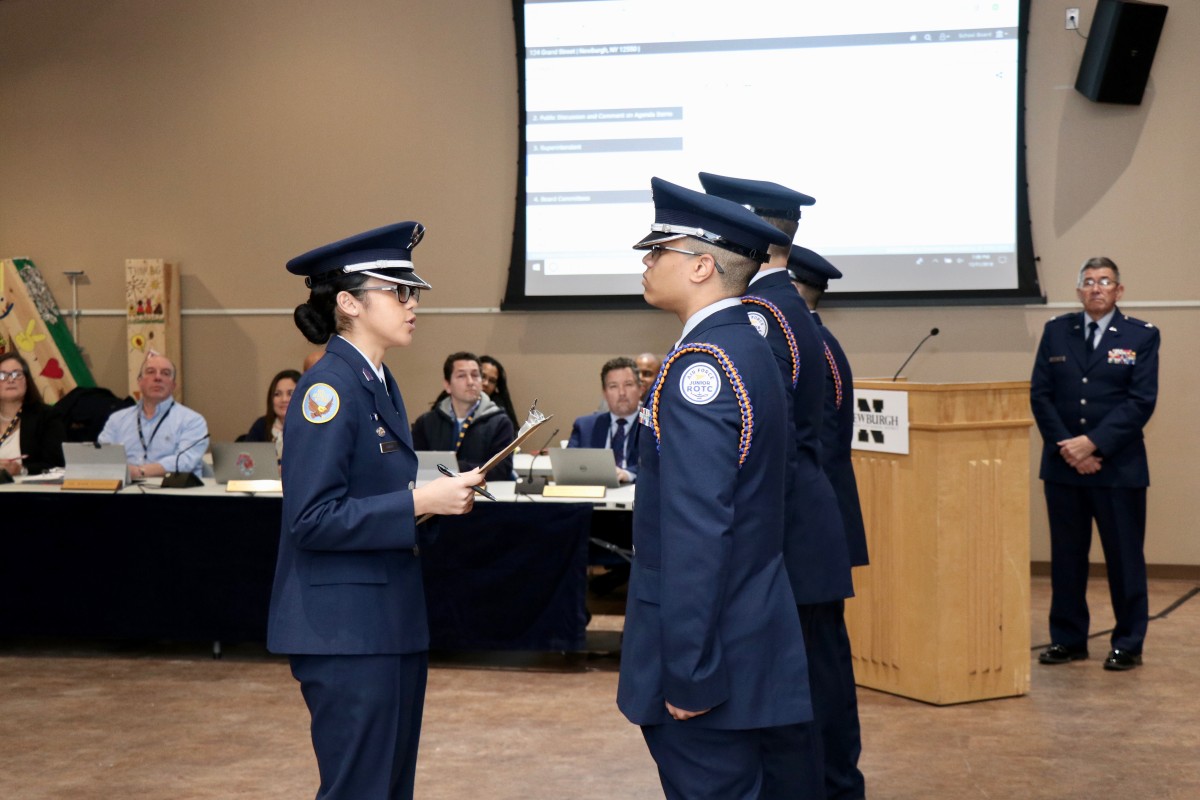 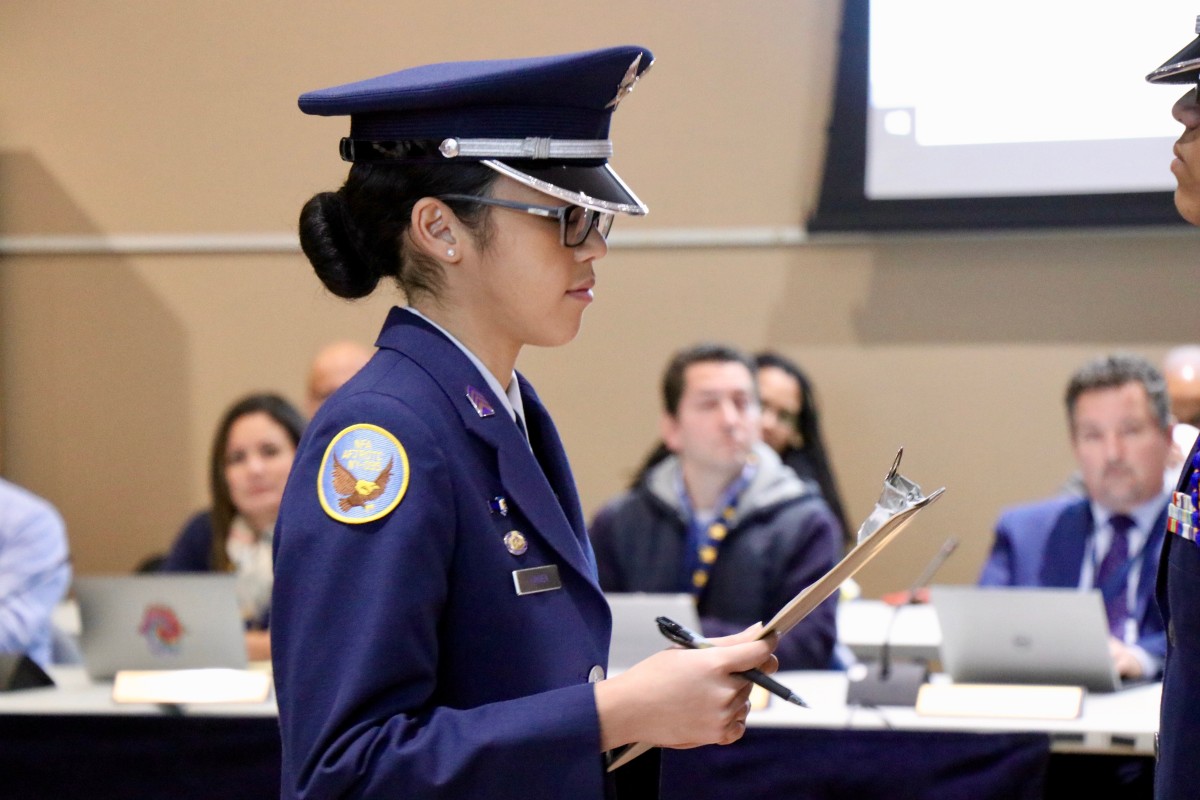 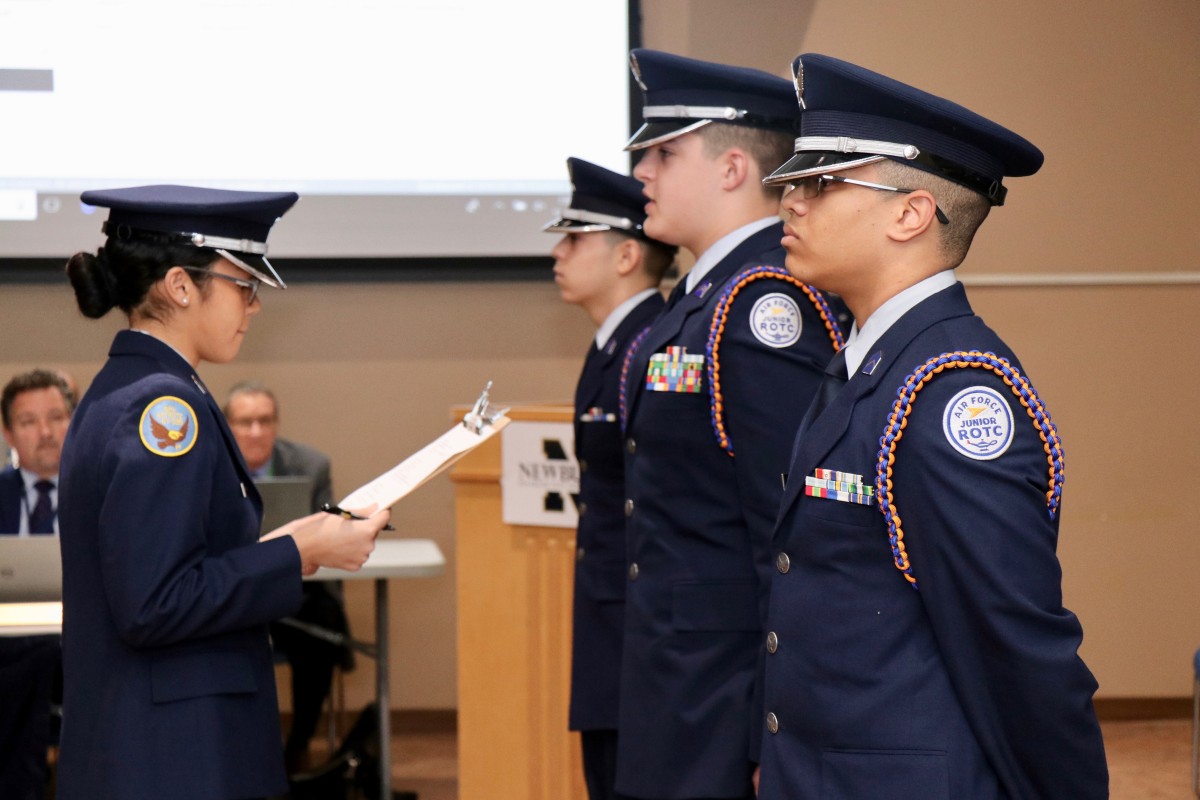 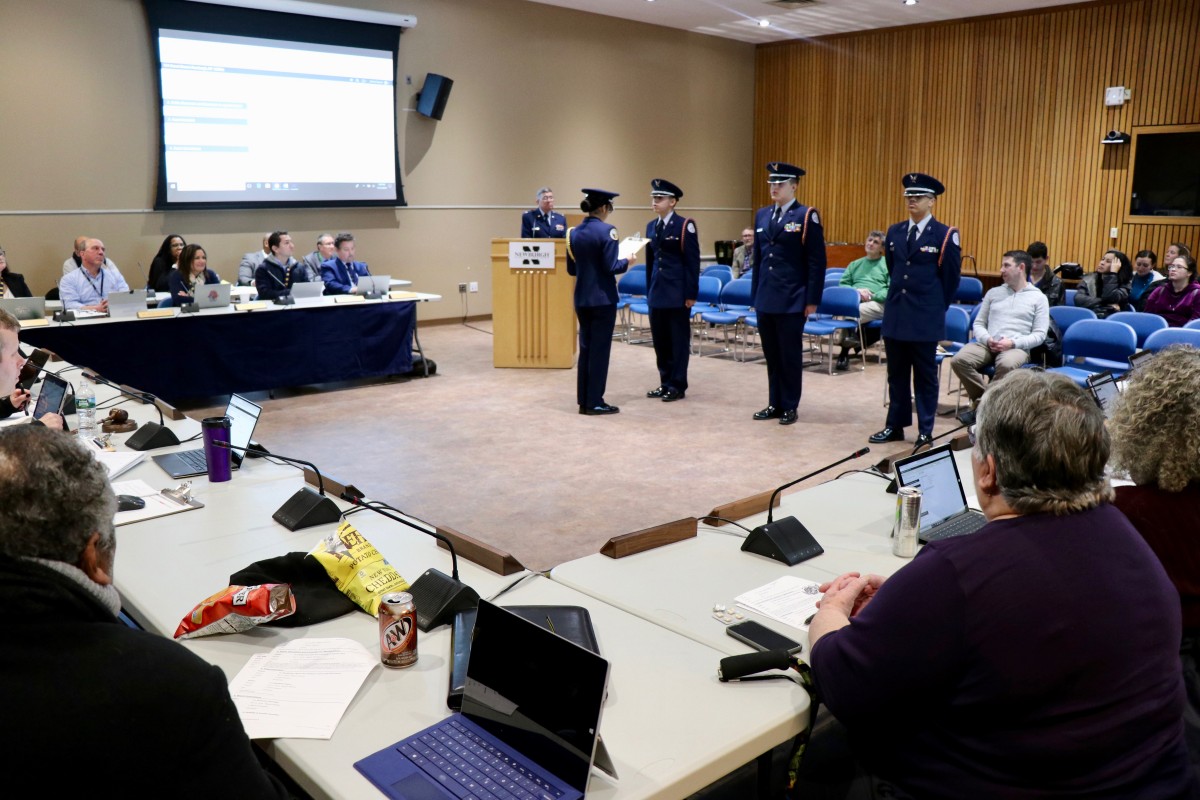 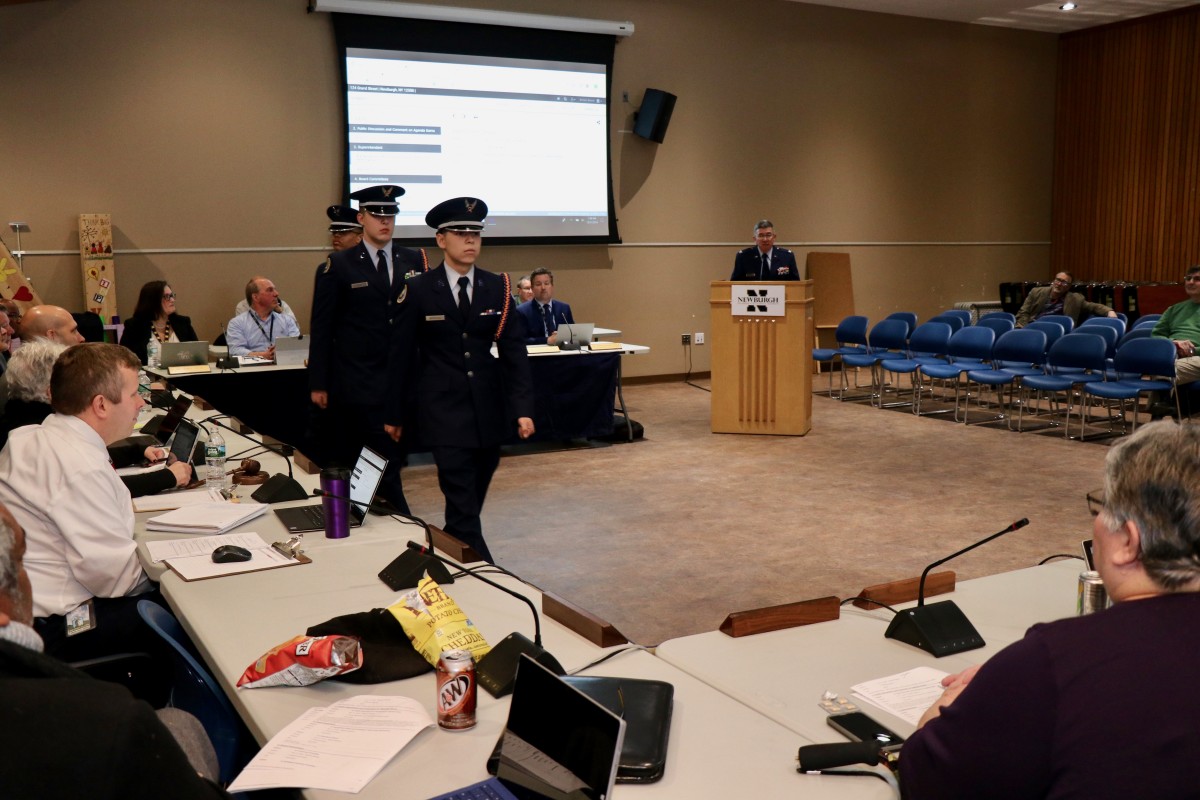 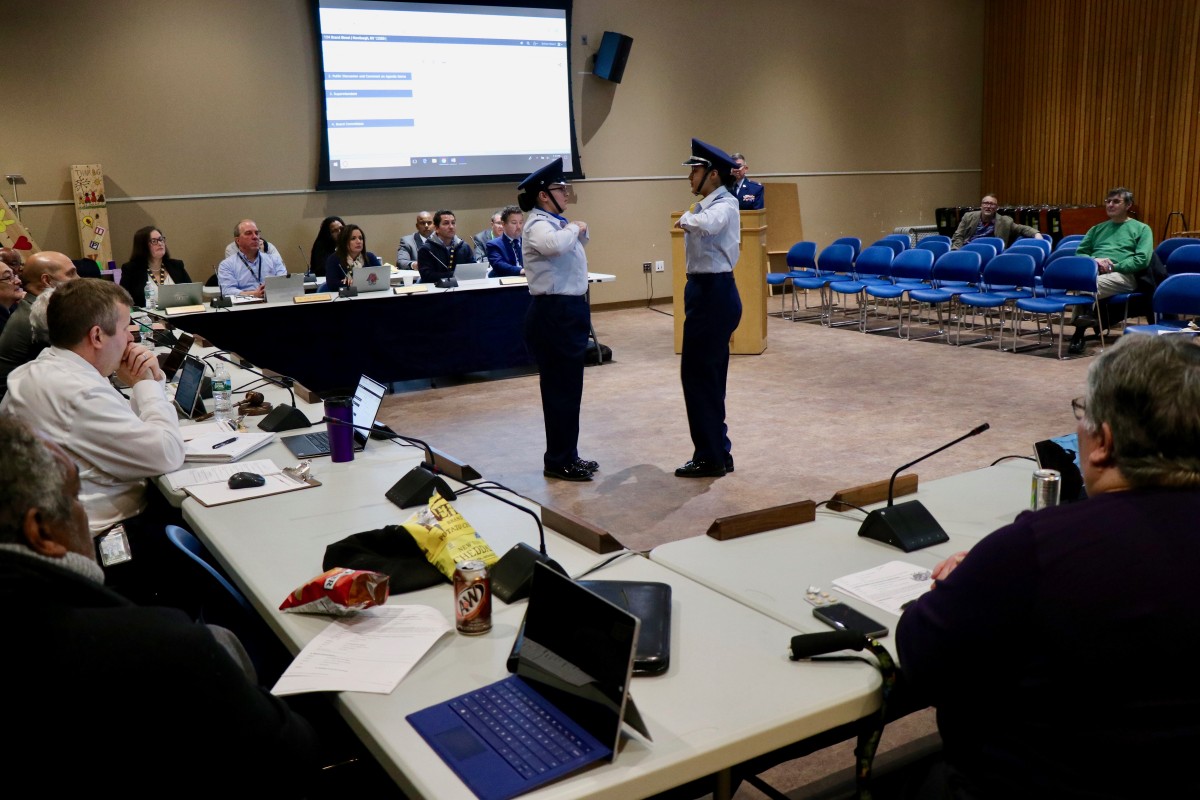 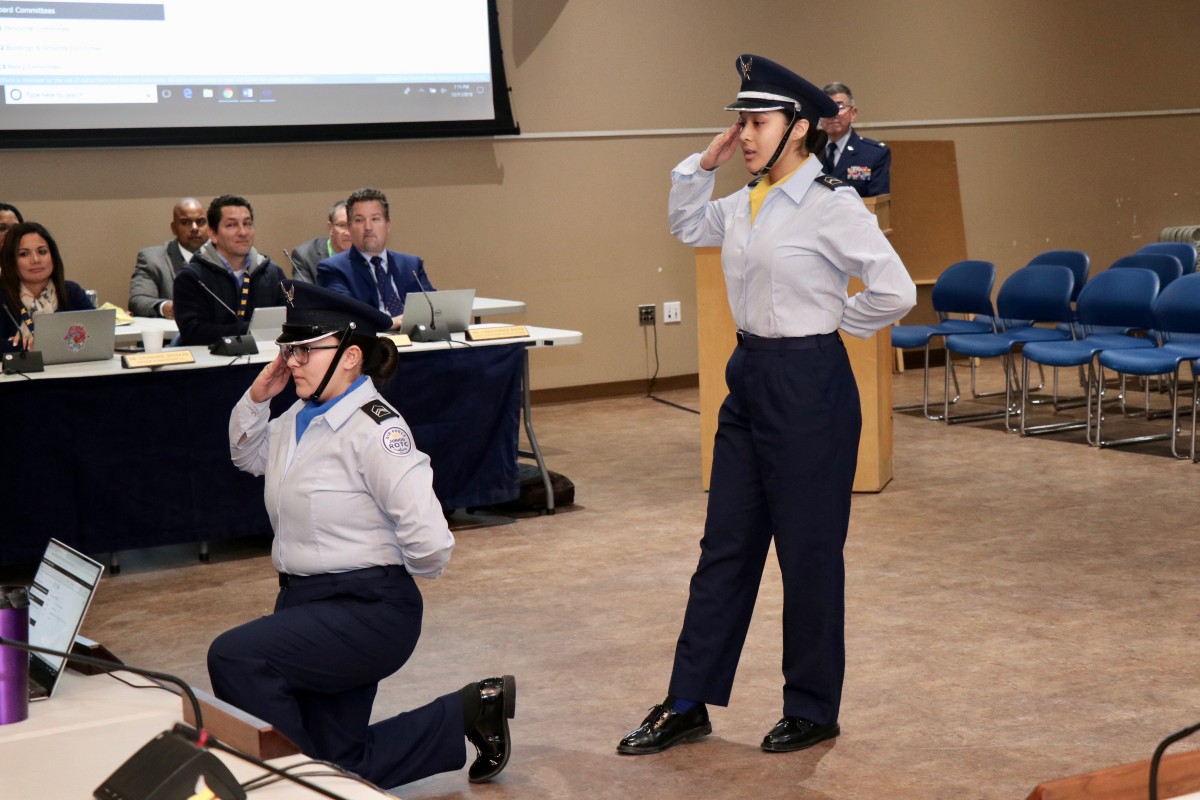