Dylan Dellatore, a 12th grade scholar at Newburgh Free Academy’s North Campus was presented a scholarship for $180,000 by Captain Matt Silverstein, USMC during a senior assembly at Newburgh Free Academy’s North campus on Thursday, December 20, 2018. Dylan’s twin brother Tyler who attends NFA’s Main campus, his parents Michael Dellatore and Angela Princivil, and his fellow classmates from the class of 2019 were in the audience as the scholarship was presented. The auditorium was filled with emotion and there was an audible gasp from the crowd when the amount of the scholarship was revealed.

Captain Silverstein emphasized that this scholarship is awarded based on the concept of the whole person, “an applicant must meet the requirements, but their character is what stands out the most.”

“This scholarship means everything to me. It’s going to be my future and I’m going to make sure to make the appropriate adjustments to make sure I’m successful.” Dylan Dellatore, scholarship recipient. Dylan enlisted in the Marines at the New Windsor Marine Corps Recruiting Office in June 2018. This act made him much more competitive in the race for this scholarship due his commitment to serve either way he could.

The scholarship is given out based on region. Sixty scholarships out of 400 applicants were awarded in northeast region, which spans as far west as Pittsburgh and as far south as Washington, DC.

Superintendent, Dr. Roberto Padilla, principal and Mr. Matteo Doddo were on hand to celebrate the occasion. Mr. Jason McCallister is Dylan’s school counselor and Mrs. Rachel Schuyler has been Dylan’s assistant principal since he was in 6th grade at South Middle School.

Qualifications of the award: Candidates must be a United States Citizen; be at least 17 years and no older than 23; must be physically qualified to meet Marine Corps standards; must obtain a basic SAT combined score of 1000 or a 22 composite score on the ACT.

Dylan Dellatore ran a 17:39 3 mile run, did 23 pull ups and 115 crunches within 2 minutes. He also did very well on his SAT, which made him stand out amongst many individuals in the State of New York who applied for the same scholarship.

On hand for the presentation from the Marines were:

Copy and paste into your browser: https://drive.google.com/drive/folders/12zd3YYm092pryIq8J92u6iUxIkqkR5vI?usp=sharing 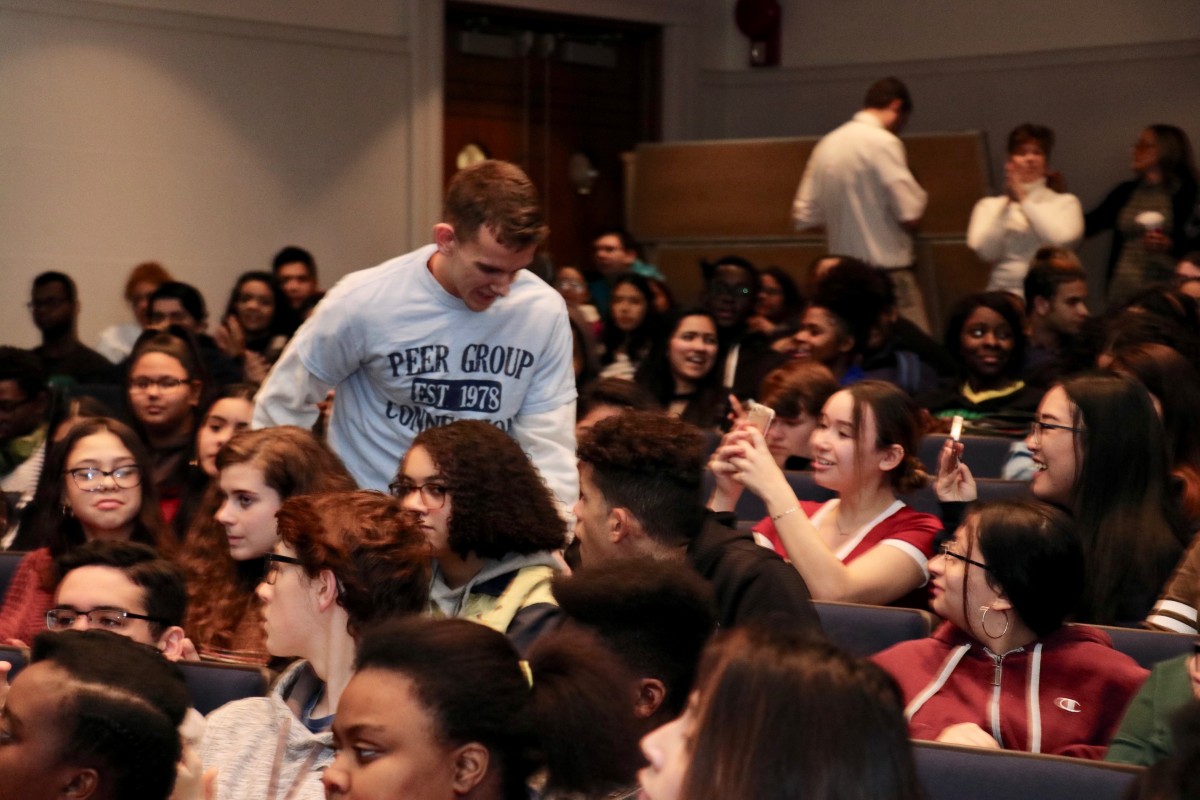 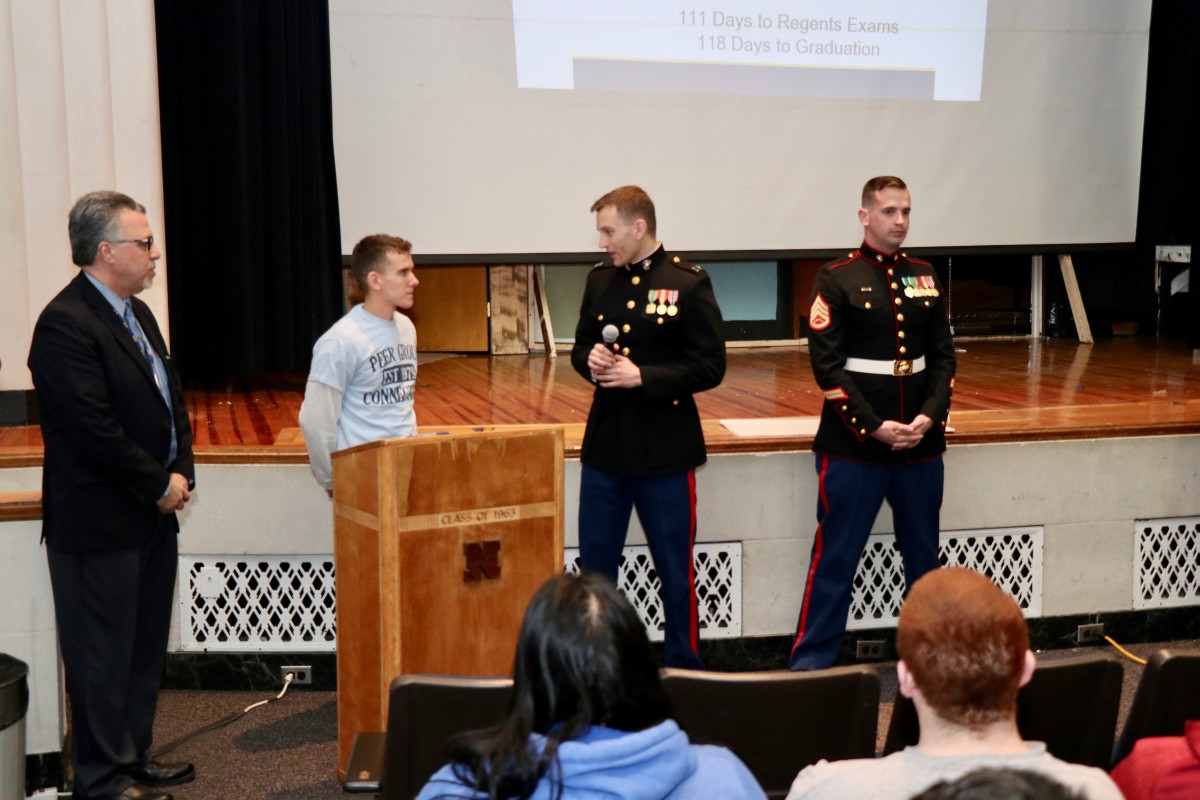 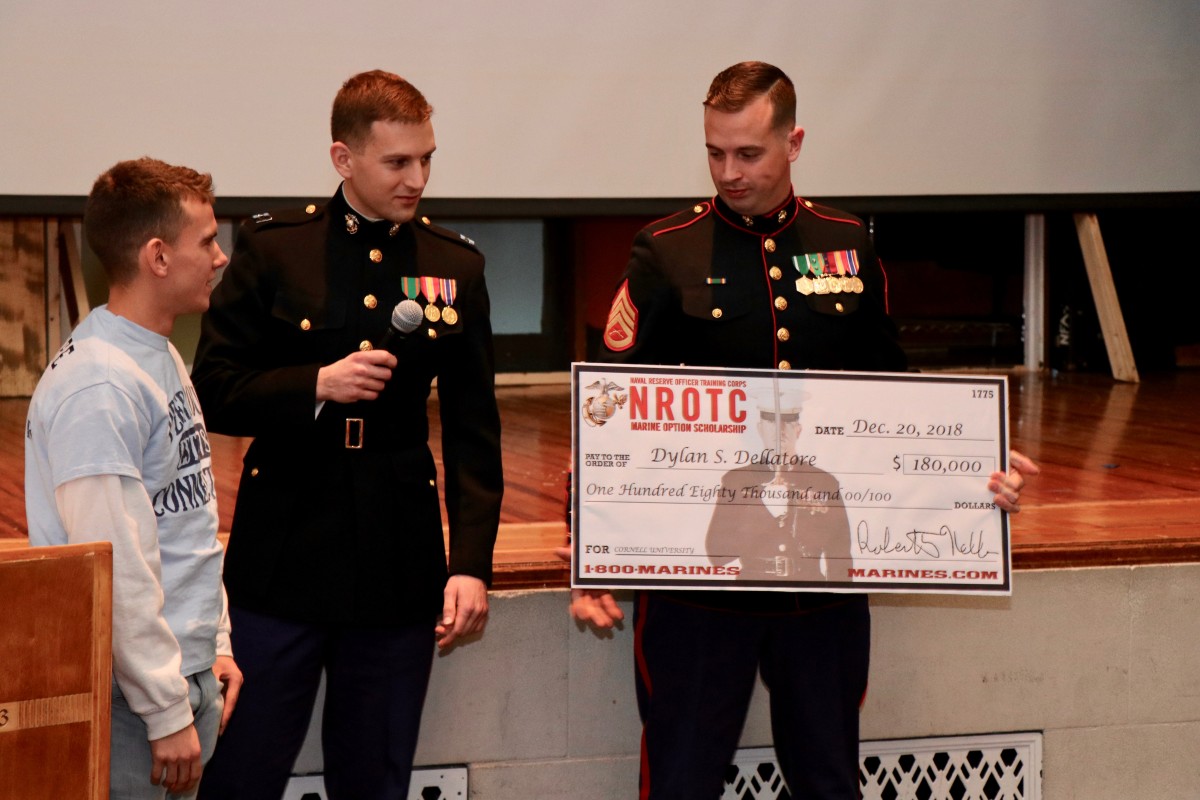 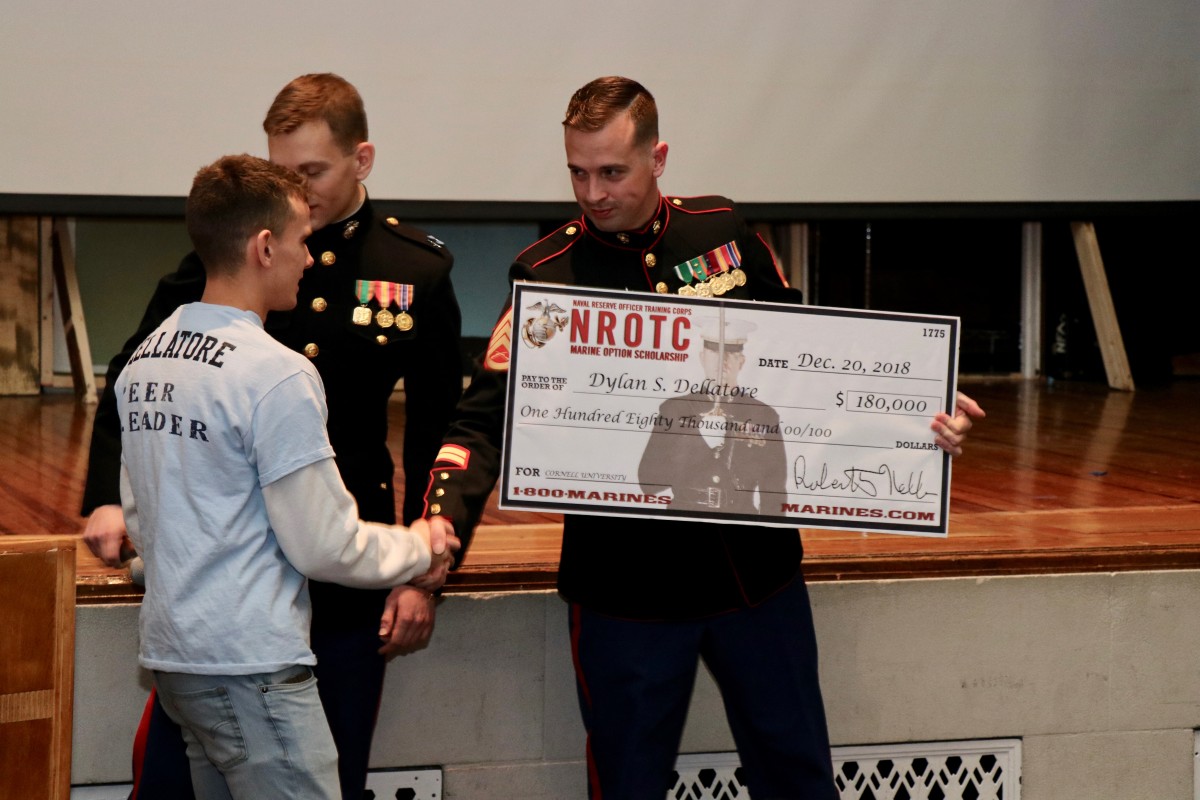 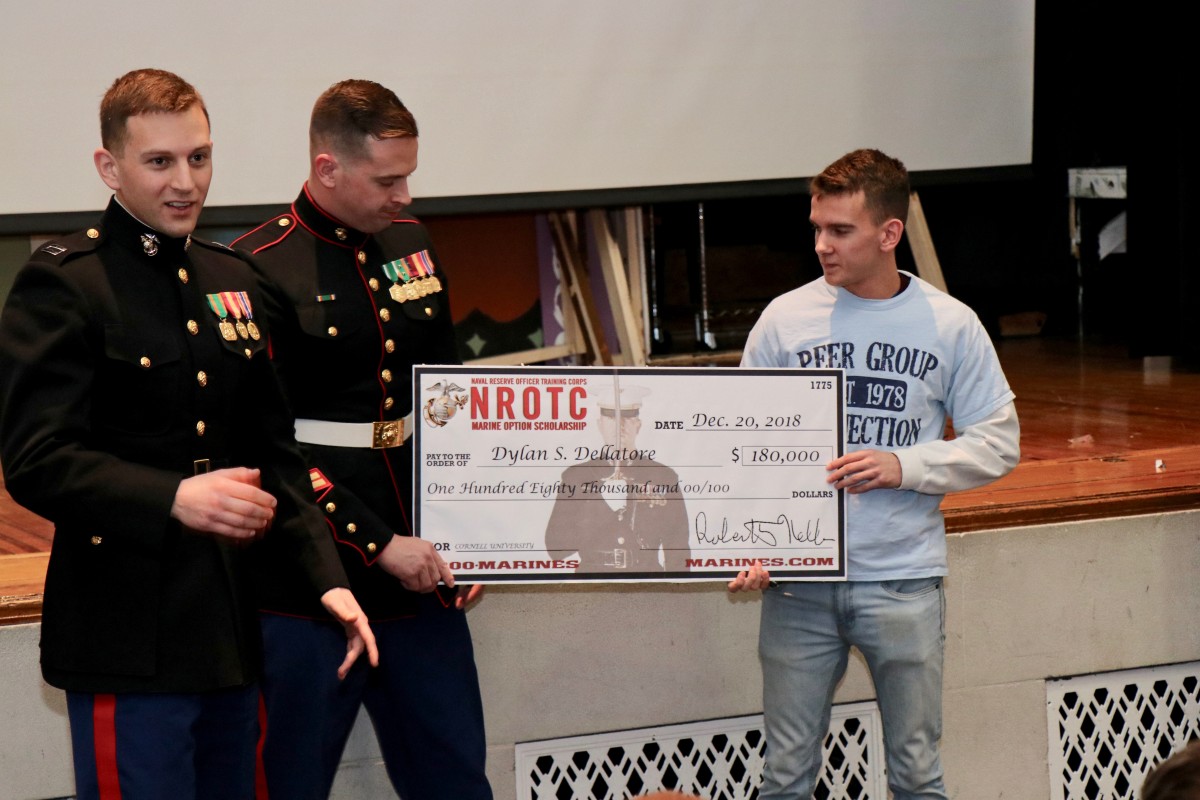 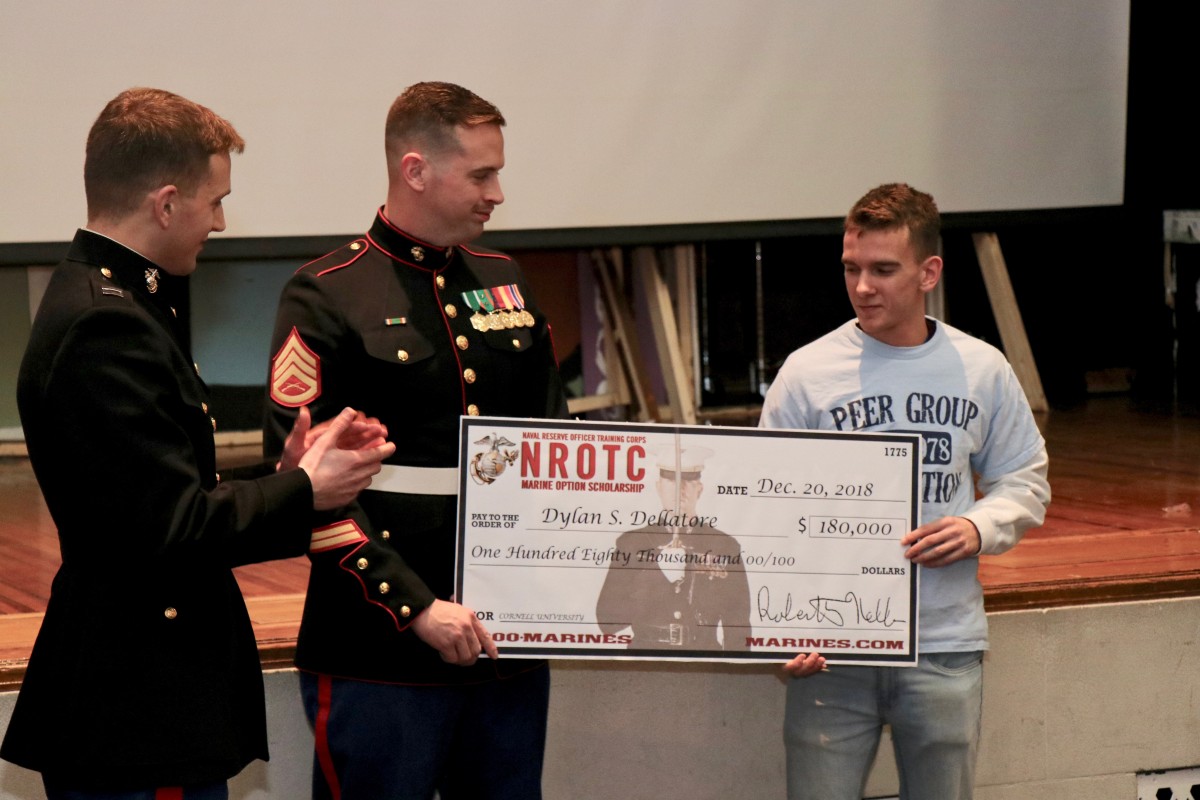 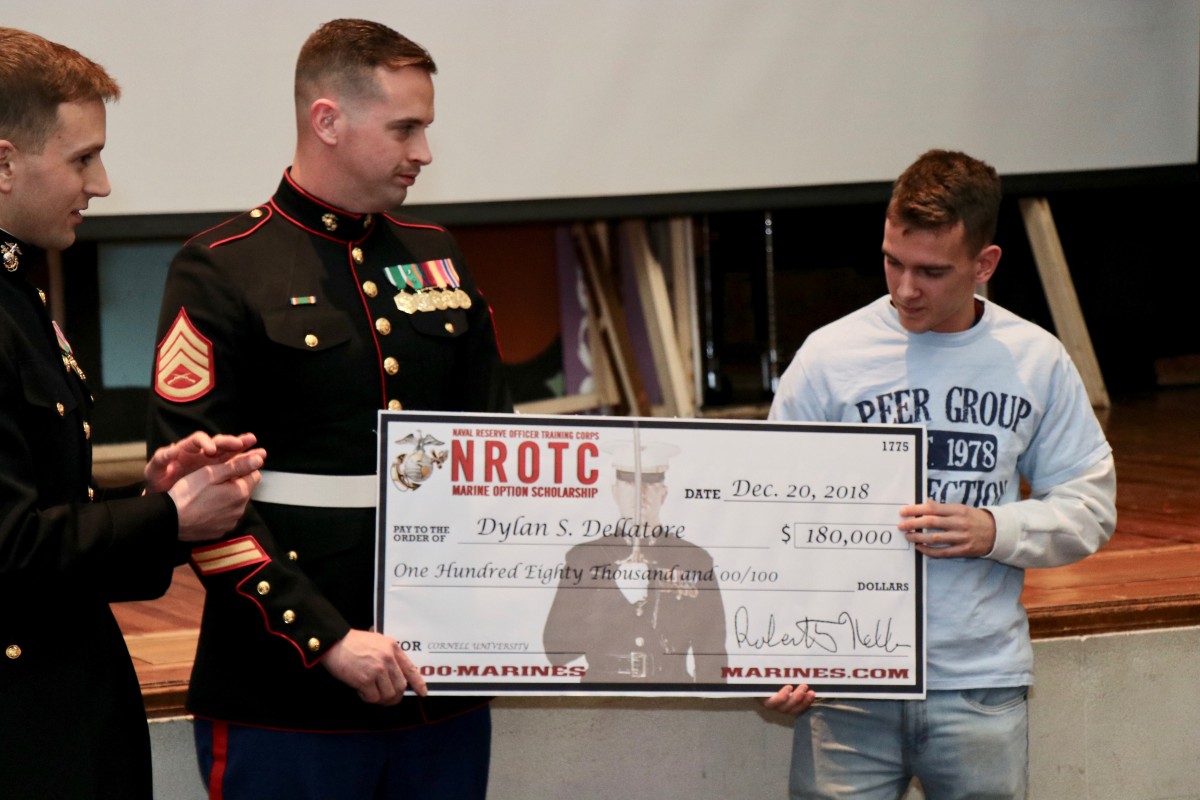 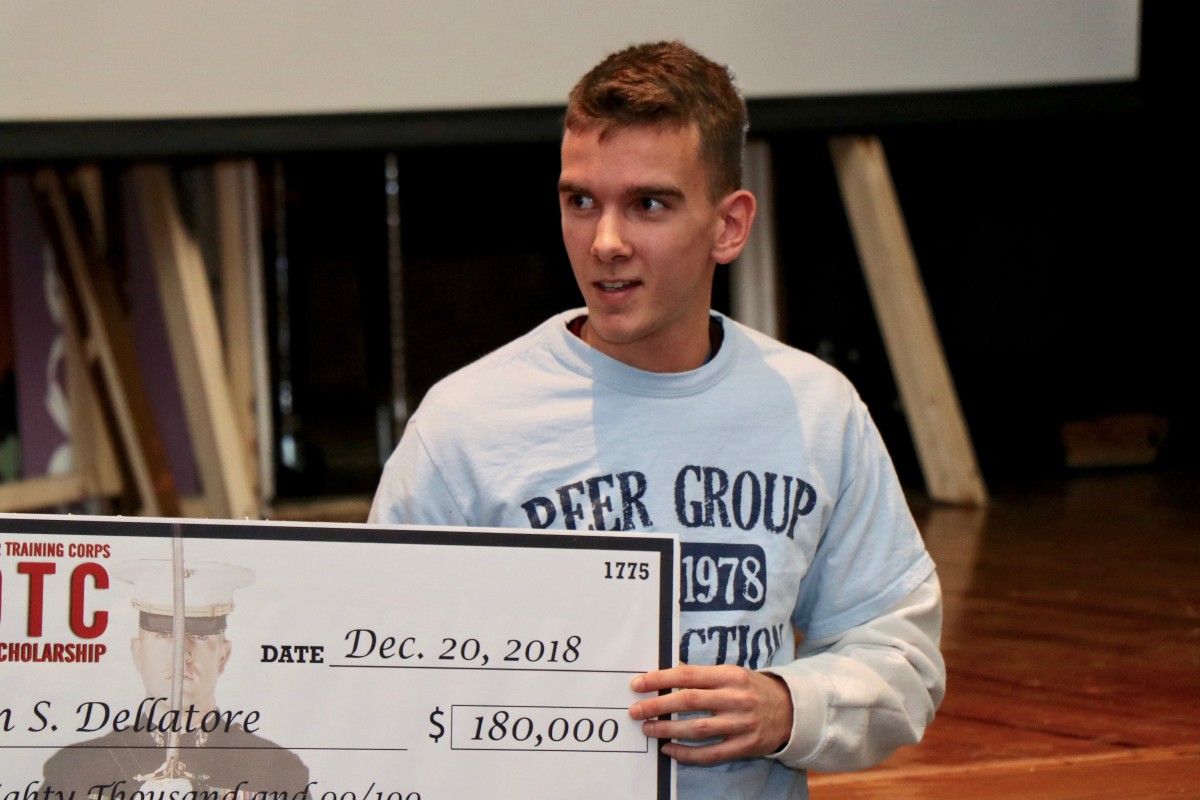 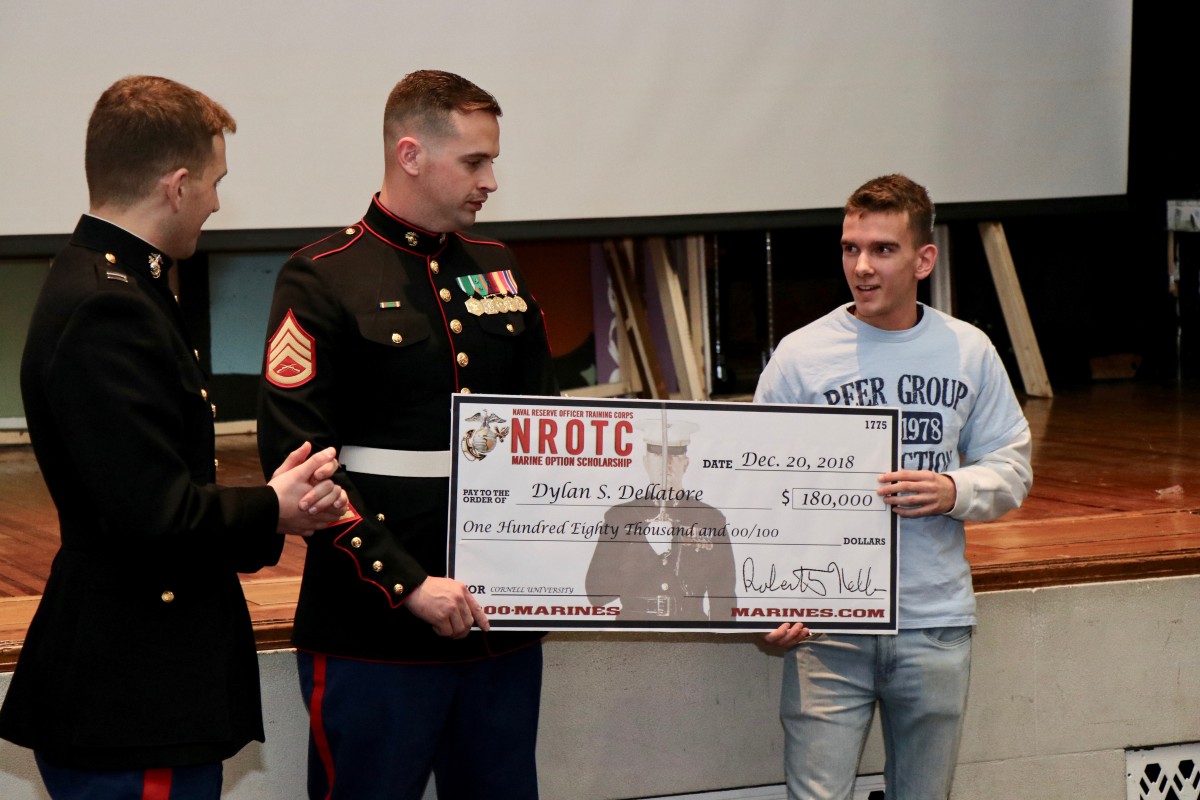 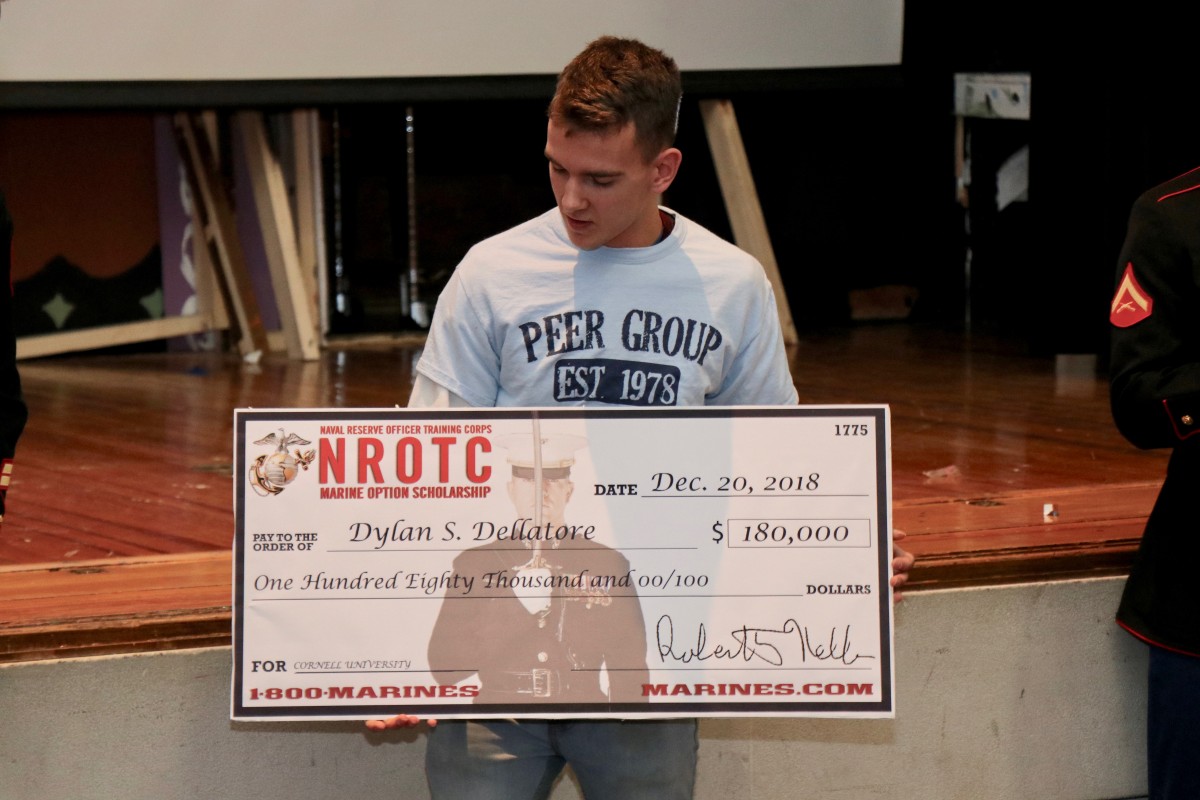 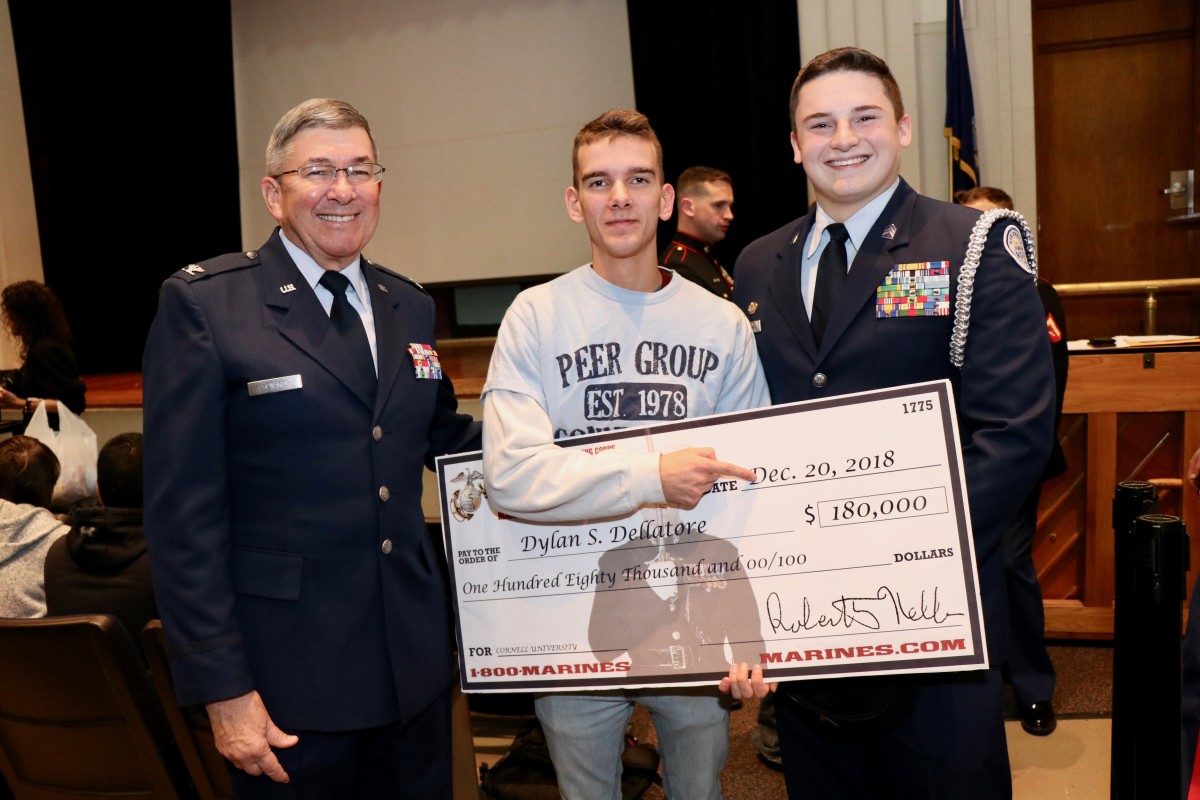 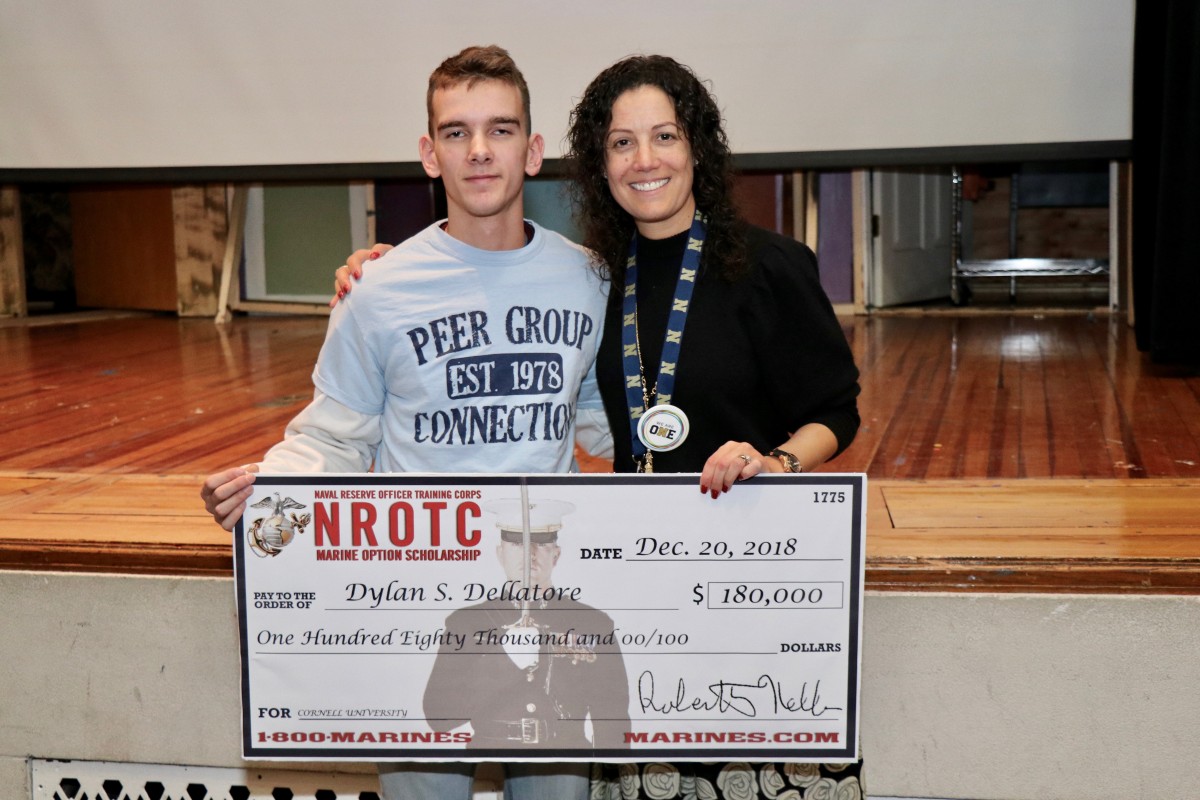 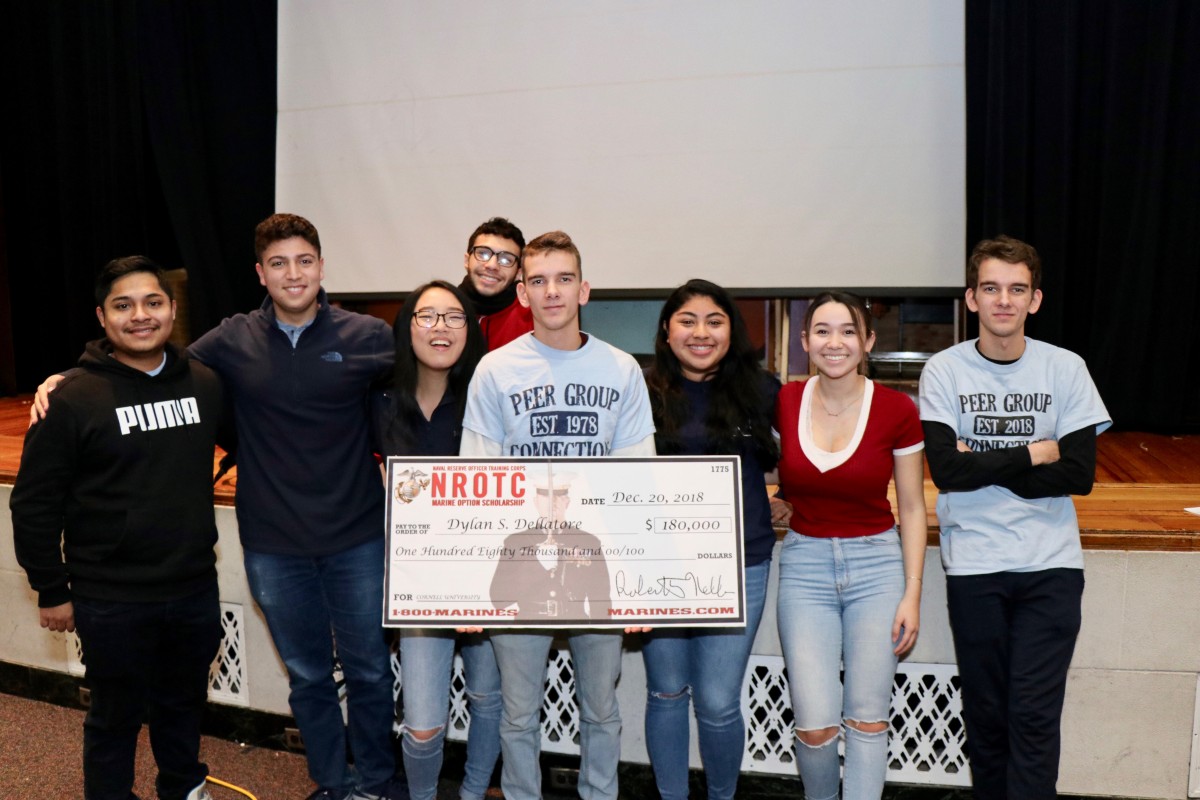 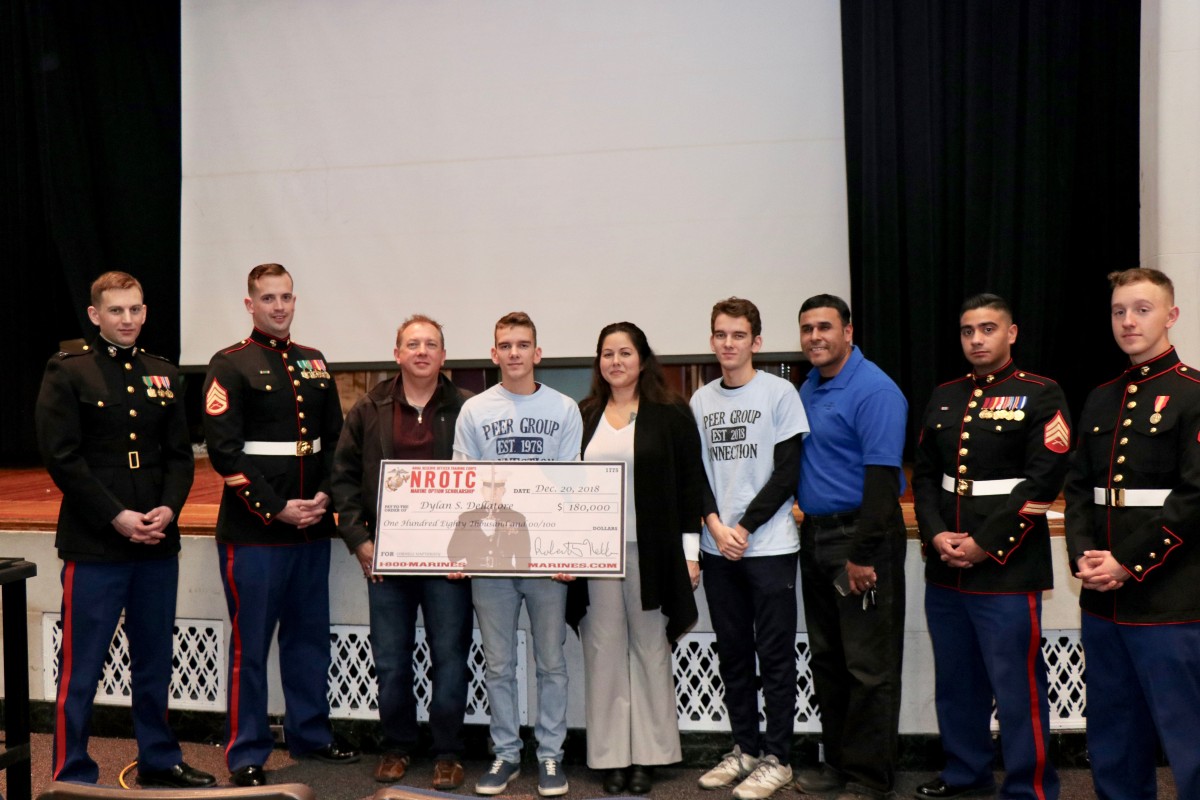 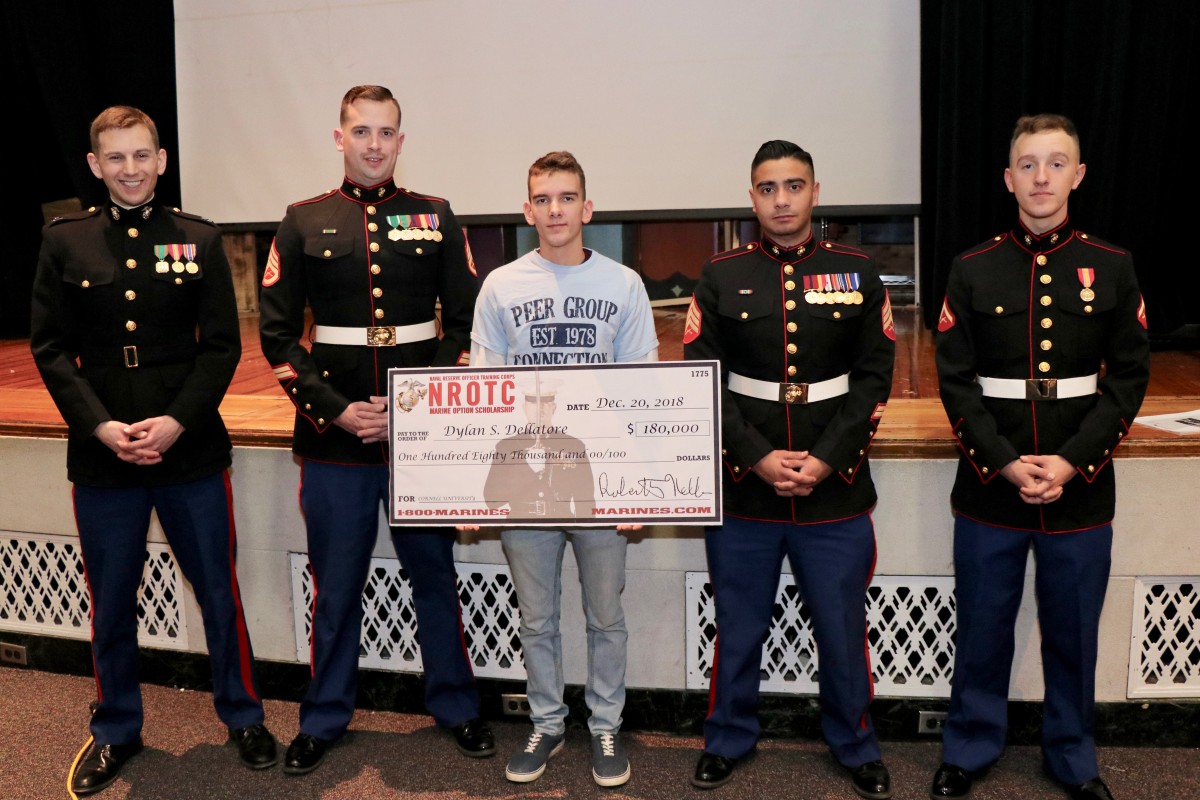 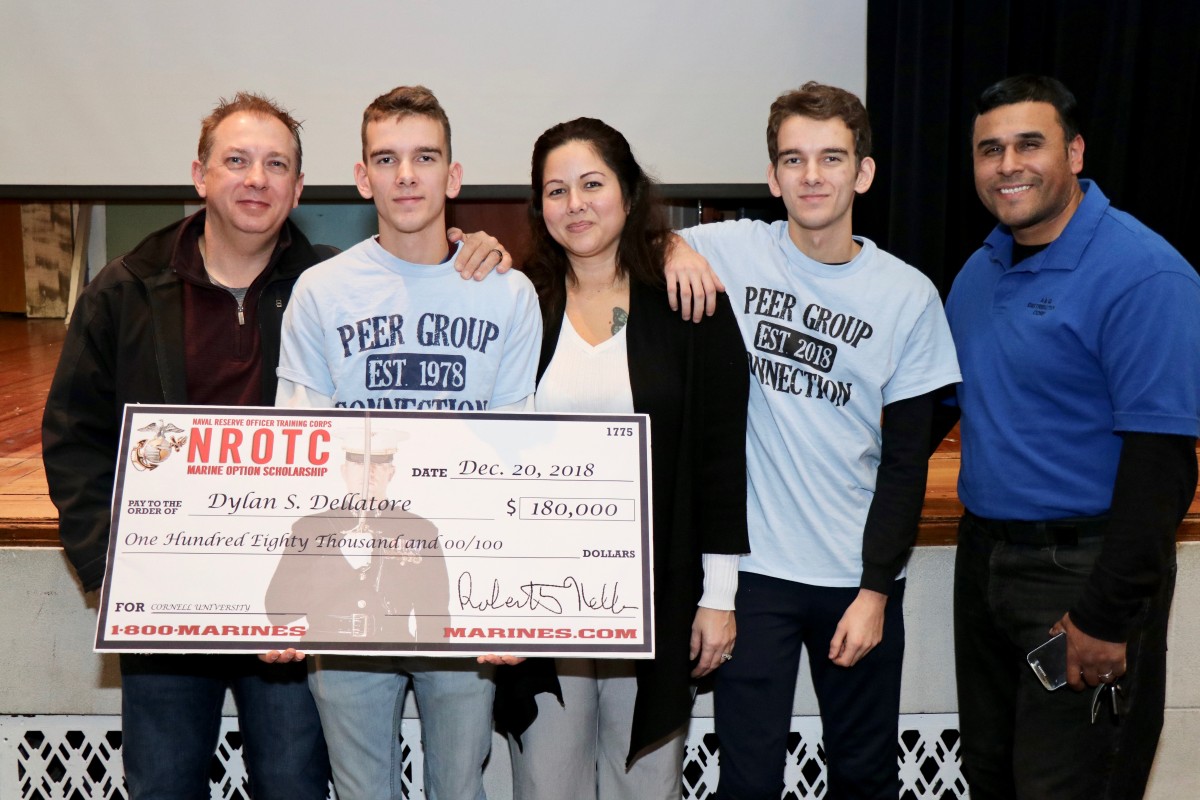