9th grade scholars from Ms. Alaina McKay's U.S. History class raised money for those in need. To raise the money, supplies were donated for scholars to create items for a suggested donation. The idea developed organically as students discussed different ideas that centered around giving and civic responsibility. They centered around ideas that could inspire unity and community throughout the building and extend to the greater NECSD community. The donation was given to the Hudson Valley Food Bank. Representatives from Kiwanis of Newburgh Mr. Frank Gerbes, president and Ms. Brittani Turner accepted the donation on their behalf. 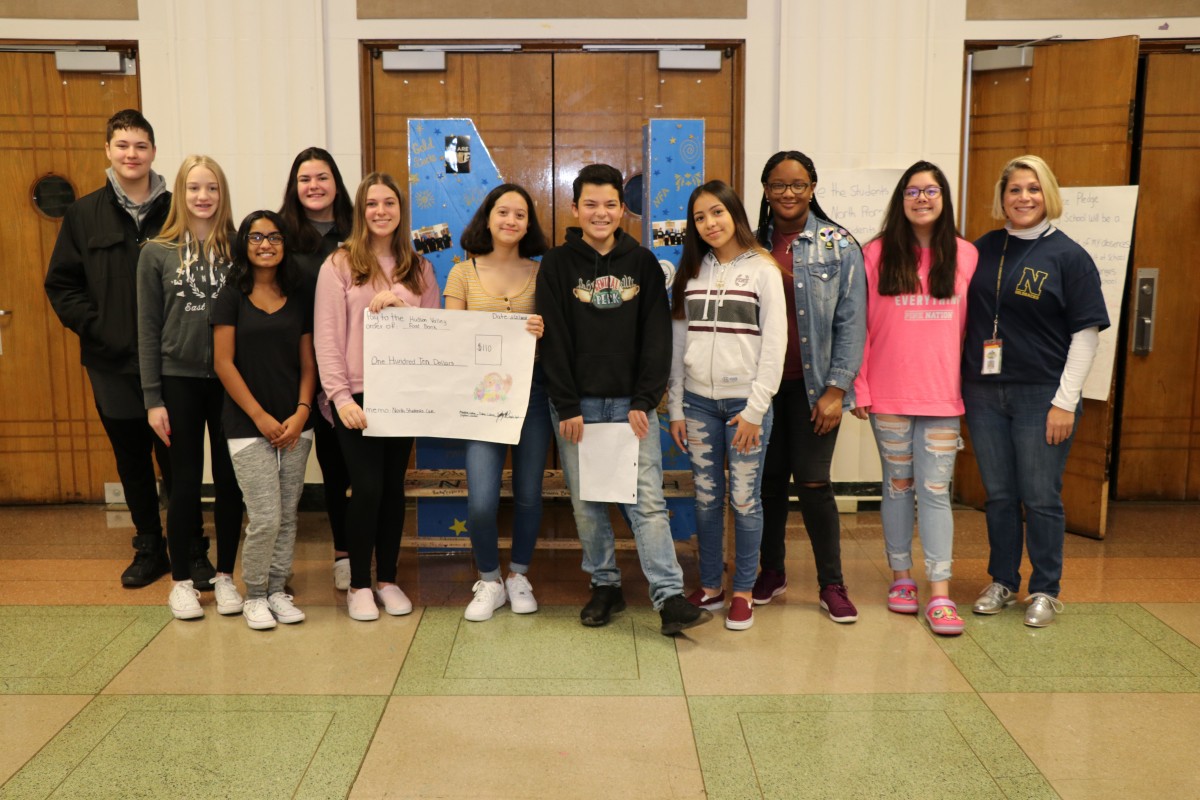 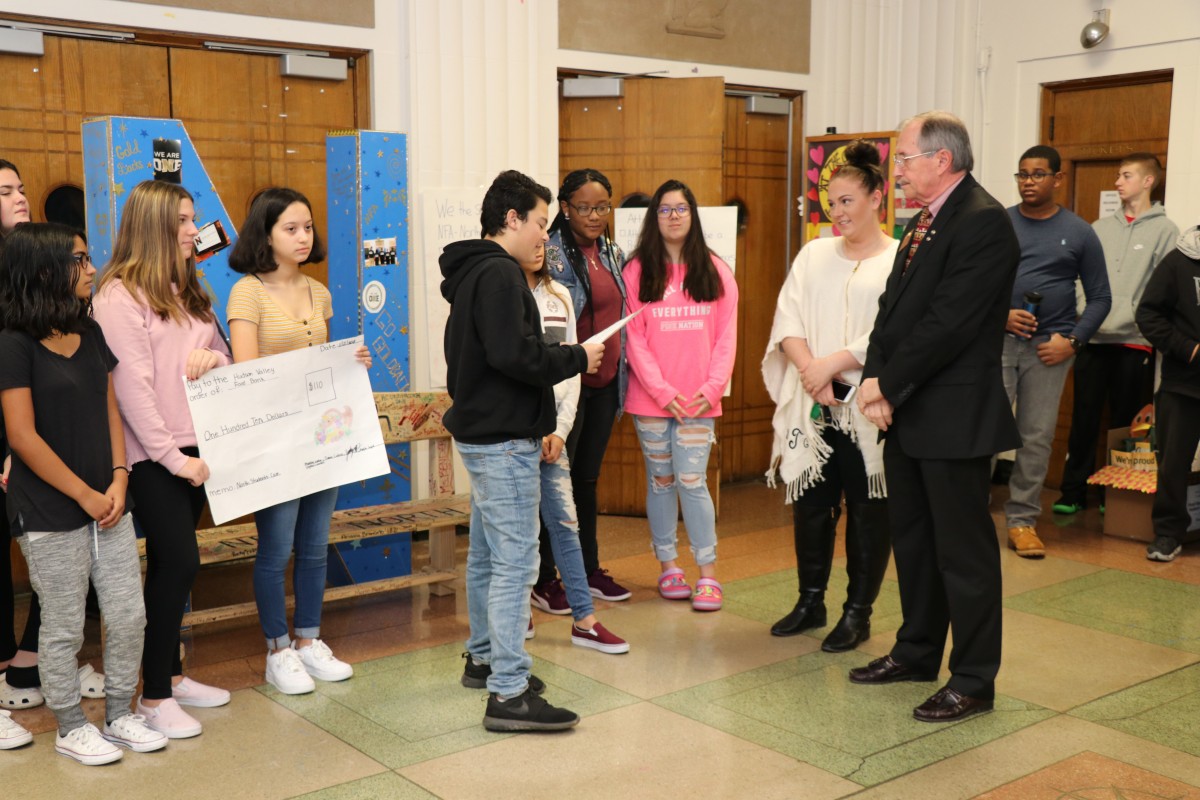 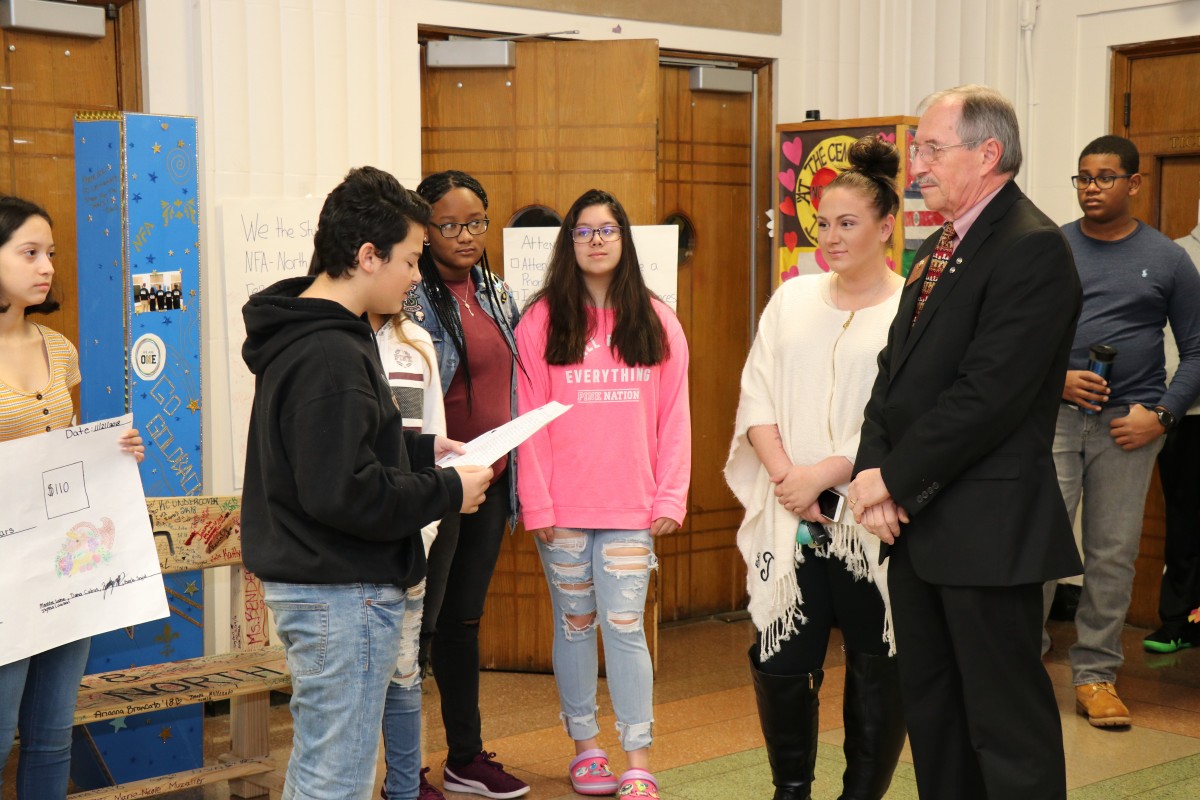 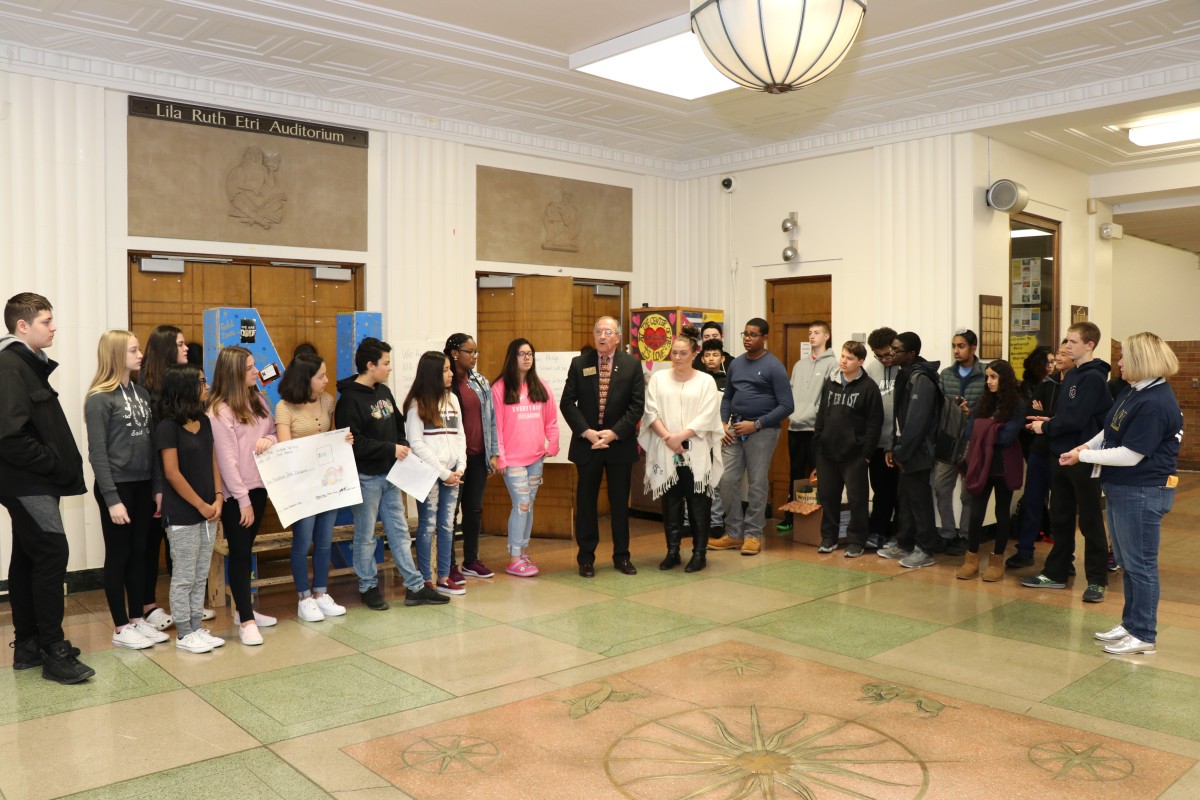 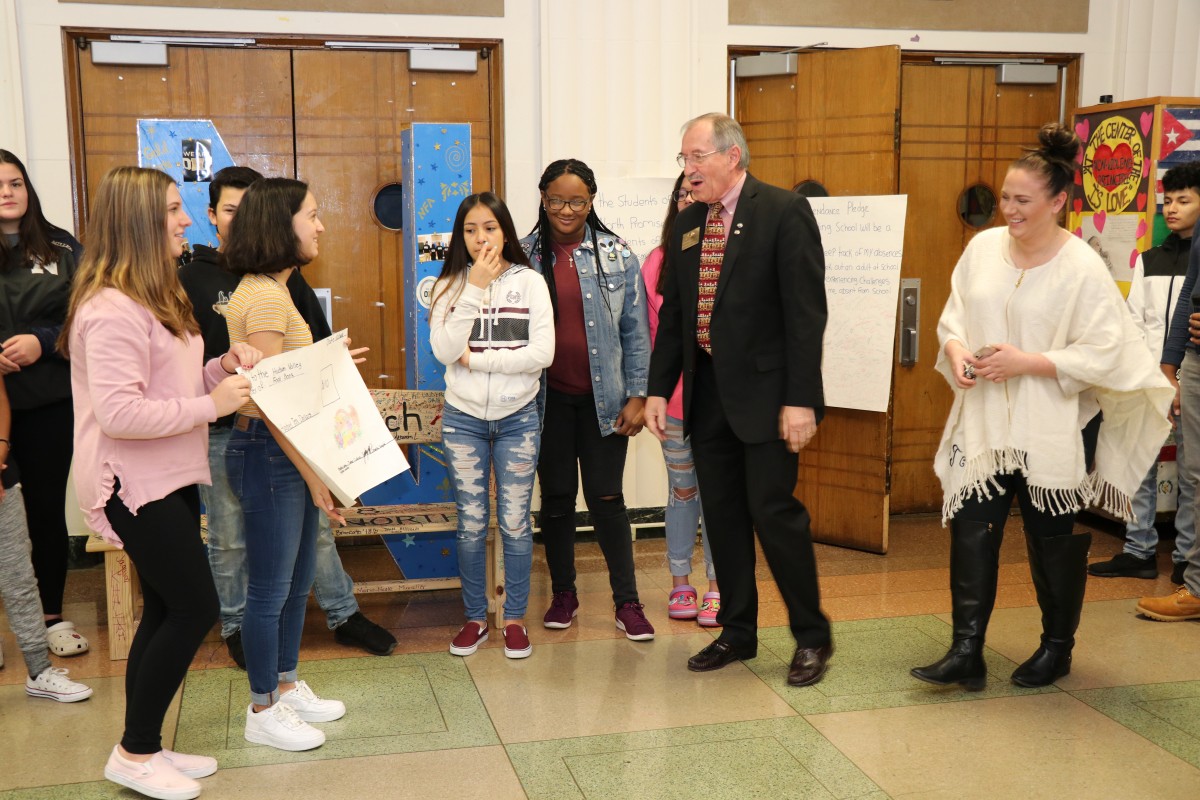 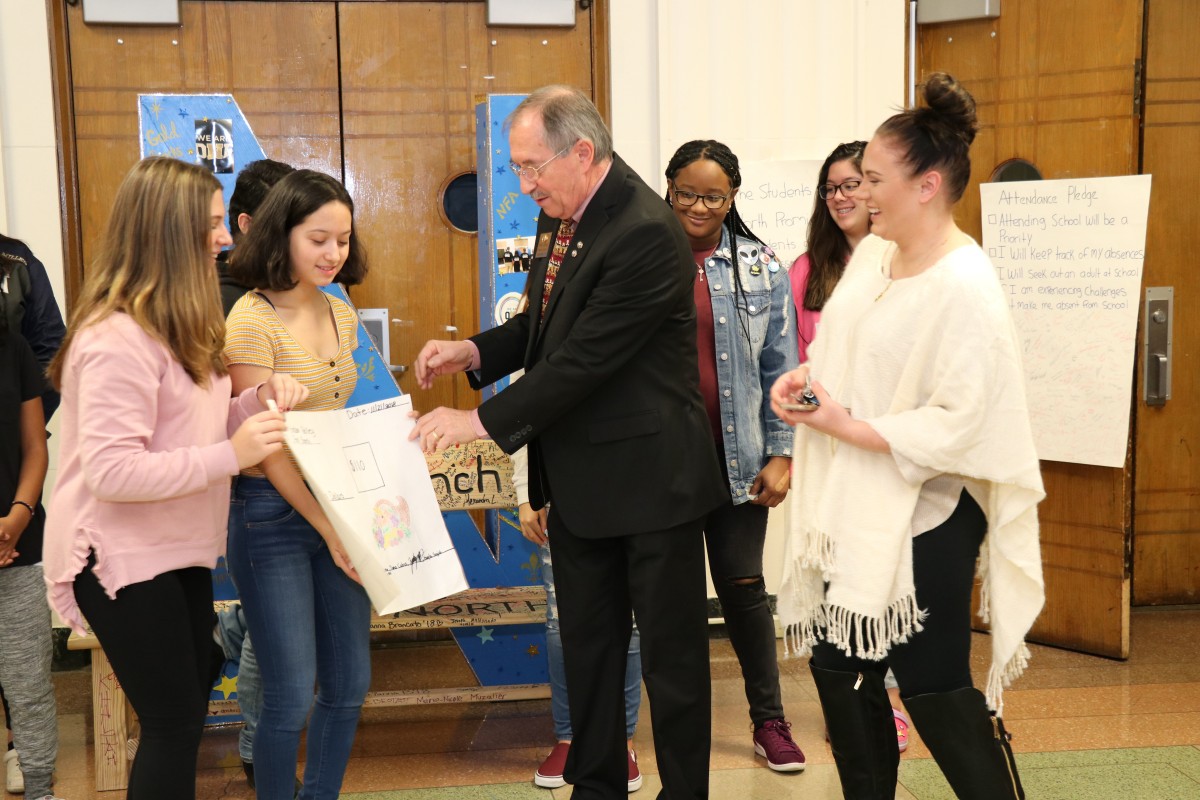 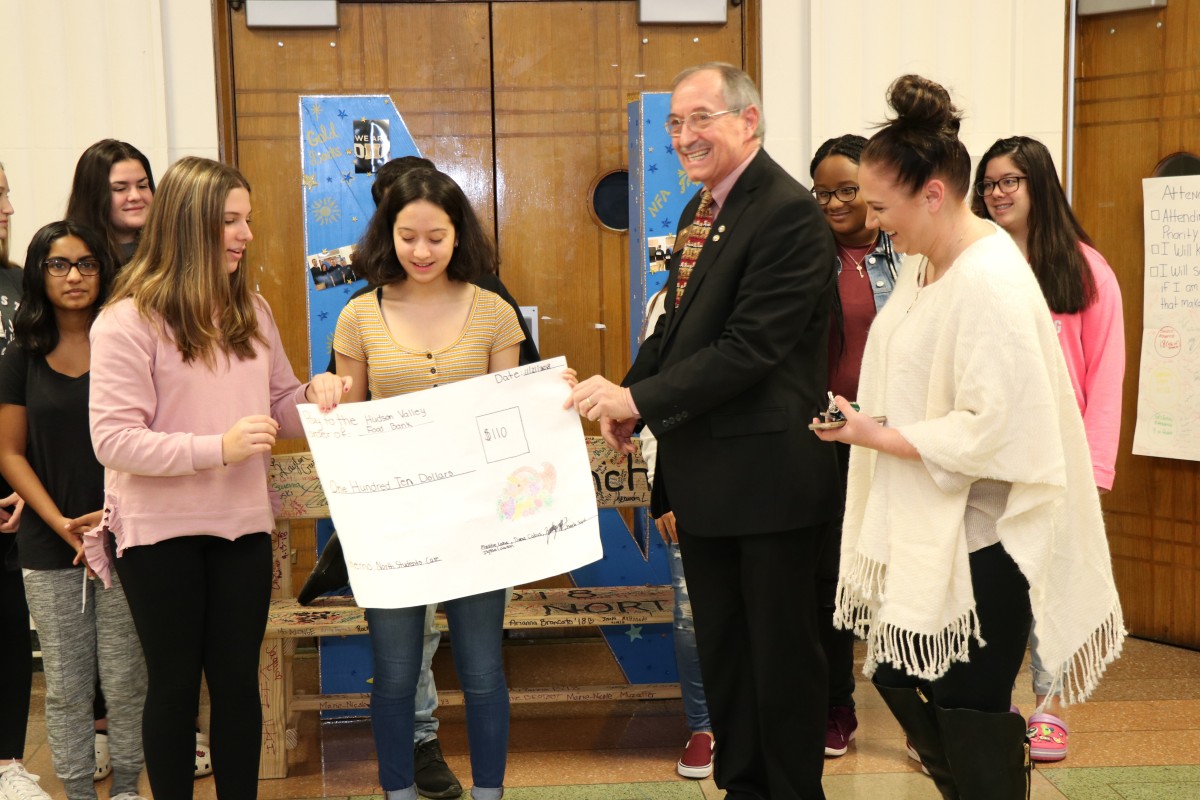 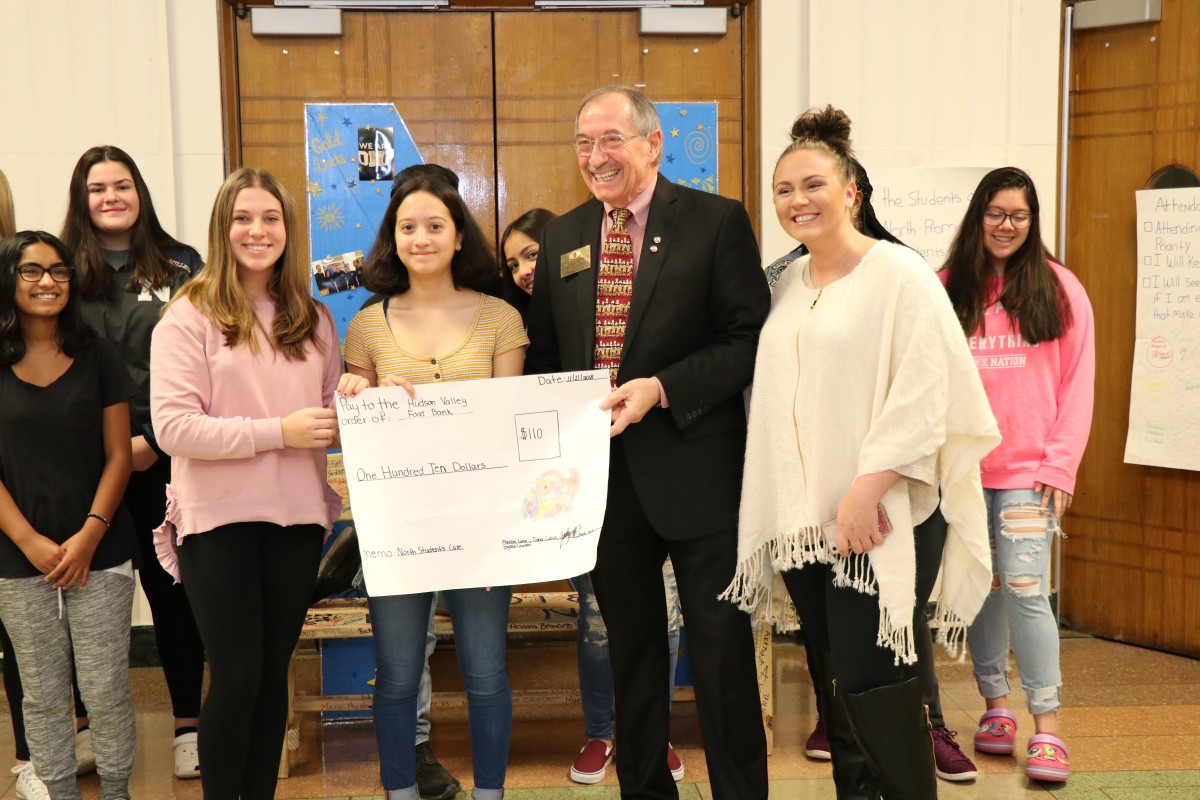 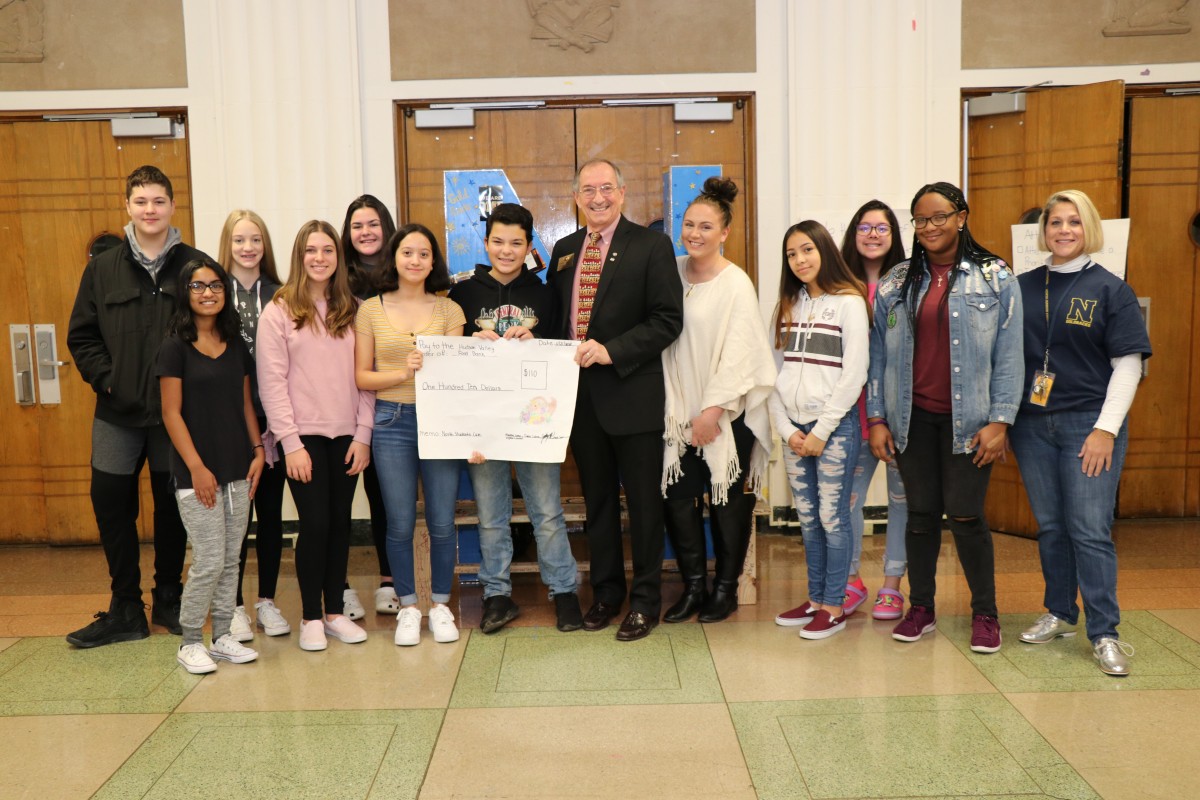 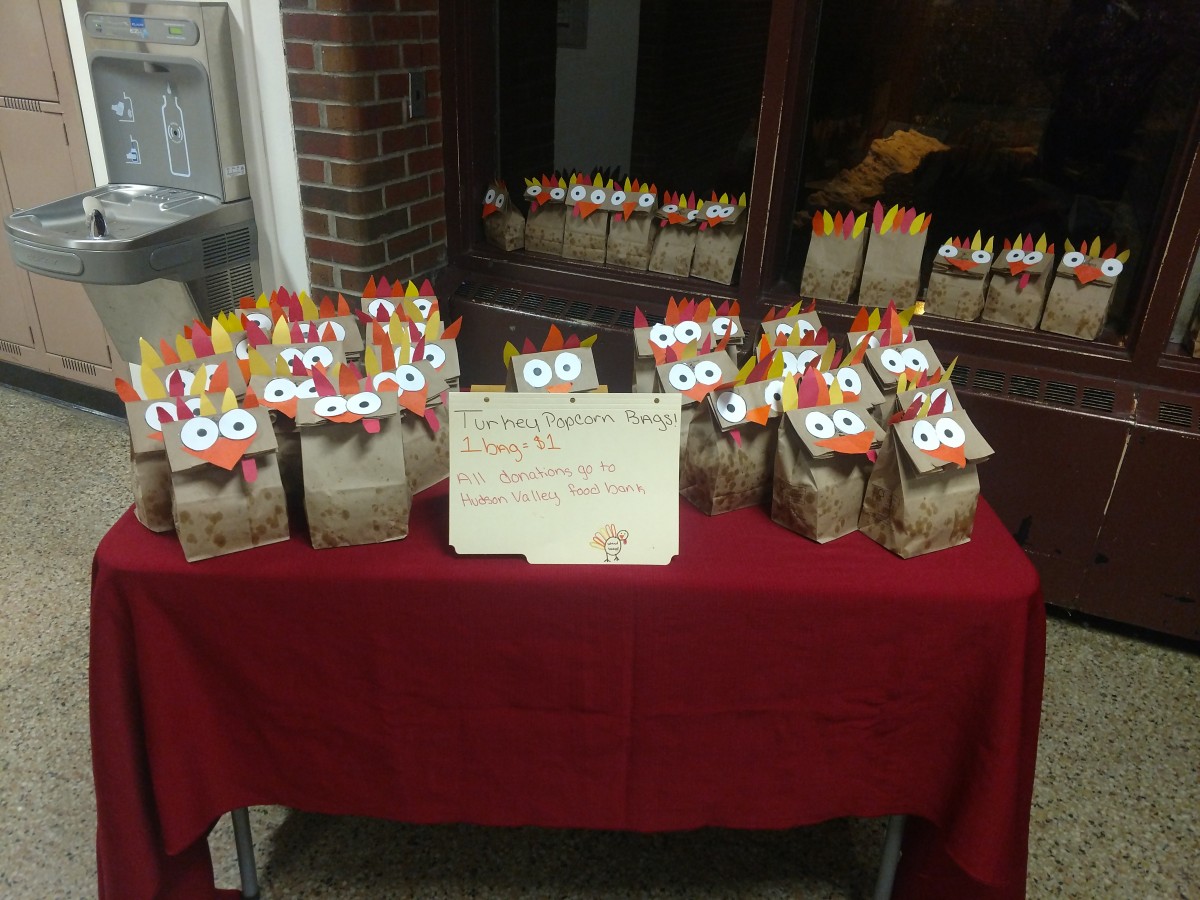 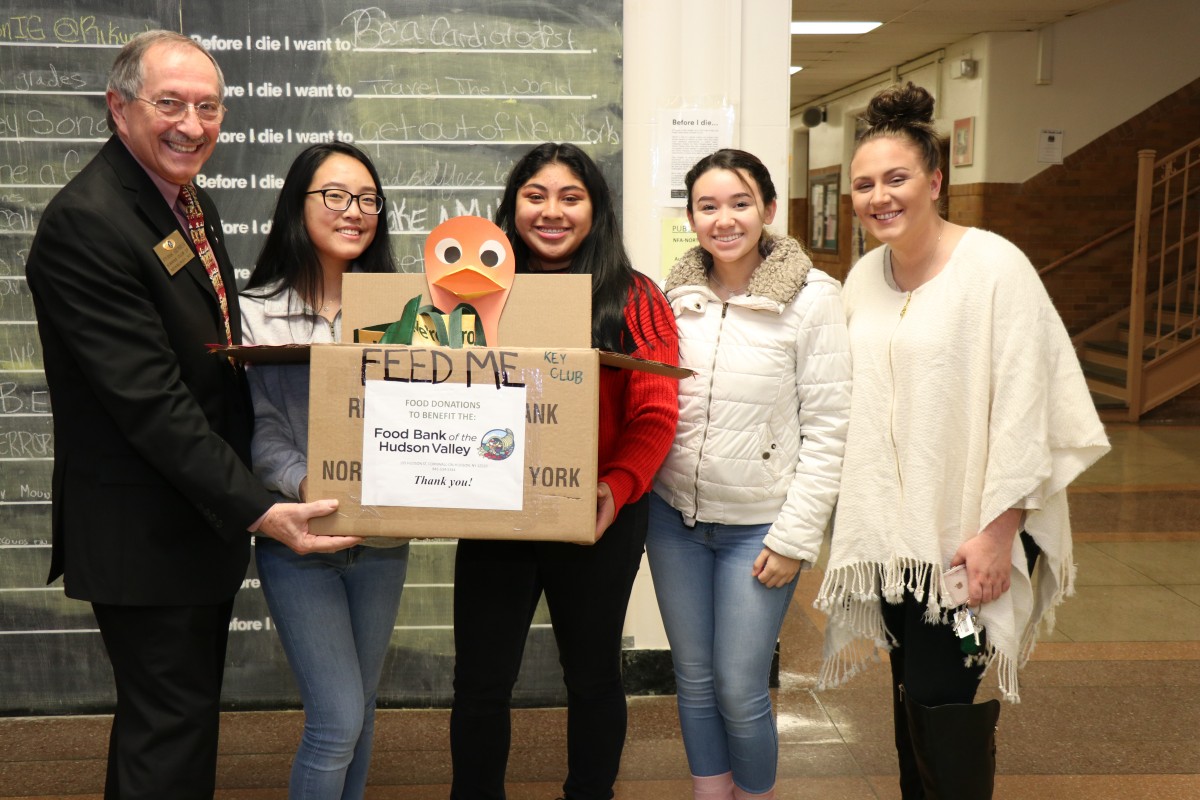