Scholars from Mrs. Ginny McCurdy and Mrs. Jennine Sileno’s 11th grade English as a New Language/ English Language Arts (ENL/ELA) classes traveled on a historic walking tour through parts of the City of Newburgh. The trip was a culminating activity following a two month unit focusing on Newburgh area using City Historian Mary McTamaney's articles as their text. After learning about the city and exploring it by foot, the students are in the process of creating their own walking tours where they will highlight some of the the best features of their hometown.

The scholars arrived in Beacon to take a photo at Long Dock Park with the historic city of Newburgh in the background. Scholars then boarded the Newburgh-Beacon Ferry. While on the ferry, scholars were encouraged to recite Walk Whitman’s “Crossing Brooklyn Ferry.”

Back in Newburgh, the group walked up Washington Street and broke into two groups. One headed to Washington’s Headquarters and one group headed to the Newburgh Brewing Company.

At the Newburgh Brewing Company, students learned from Newburgh Free Academy alumnus (class of 1964) and local artist, Mr. Charles Tudor. Mr. Tudor discussed his experiences and the changes he has seen at our local high school as well as artistic renderings of the area. Mr. Tudor highlighted a specific drawing of a map of the City of Newburgh, estimated to have been drawn in 1899. On the map, Mr. Tudor pointed out different areas and how they have changed throughout since the drawing, highlighting the different locations of Newburgh Free Academy. He also theorized that the map was drawn from a photograph or live drawing from a hot air balloon based on the time and the aerial view. Mr. Tudor also displayed personal water color paintings of historic scenes and views from Newburgh.

Scholars then walked to Safe Harbors green space to load a bus for lunch at the Shelter House Café in Downing Park. For lunch, students dined on gourmet macaroni and cheese, salad, iced tea, and chocolate. Before heading back to Newburgh Free Academy, Mr. Underhill and Mr. Henderson, history teachers at NFA led tours about Downing Park, noting the historic design and designers, the purpose of designing a park in the time and location, as well as historic buildings and events that were once housed in the park.

As a follow up to their trip, Ms. Allison Cappella, president of the Newburgh Preservation Association, volunteered her time for a brainstorming session with the students on Monday to give them some ideas of specific sites that they could include in their tours. 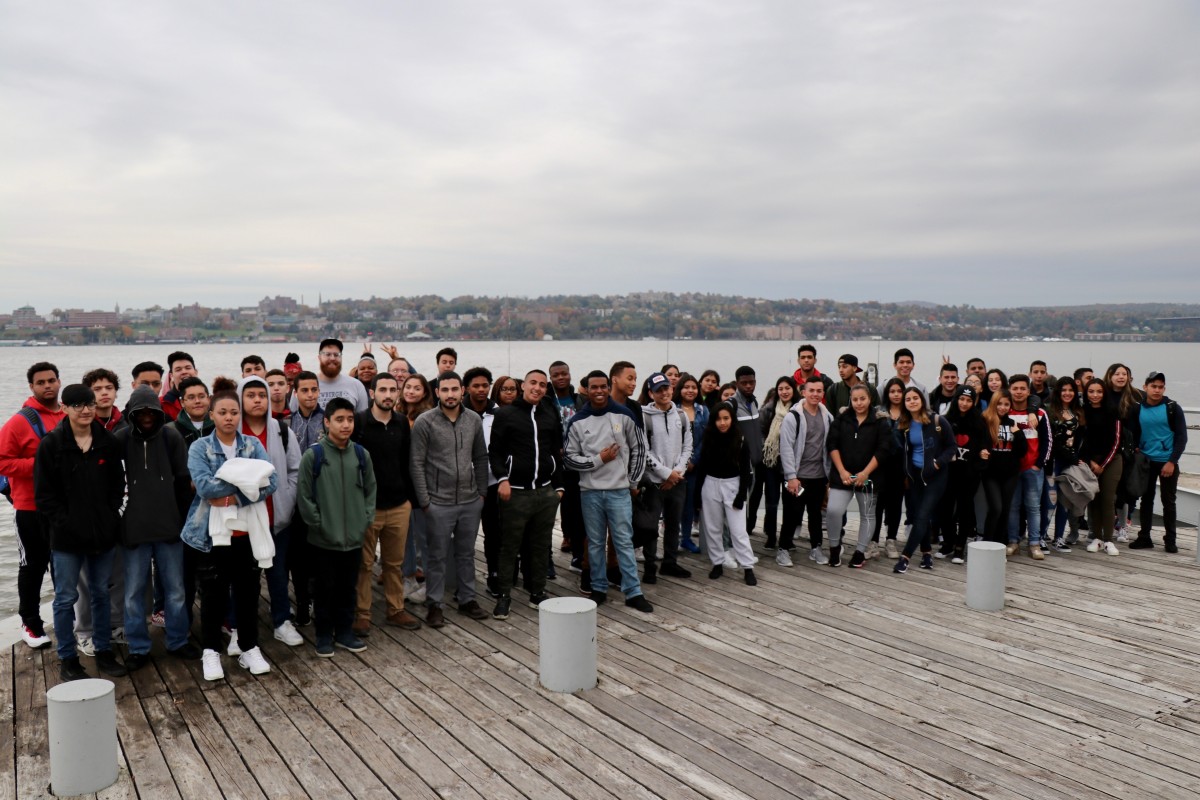 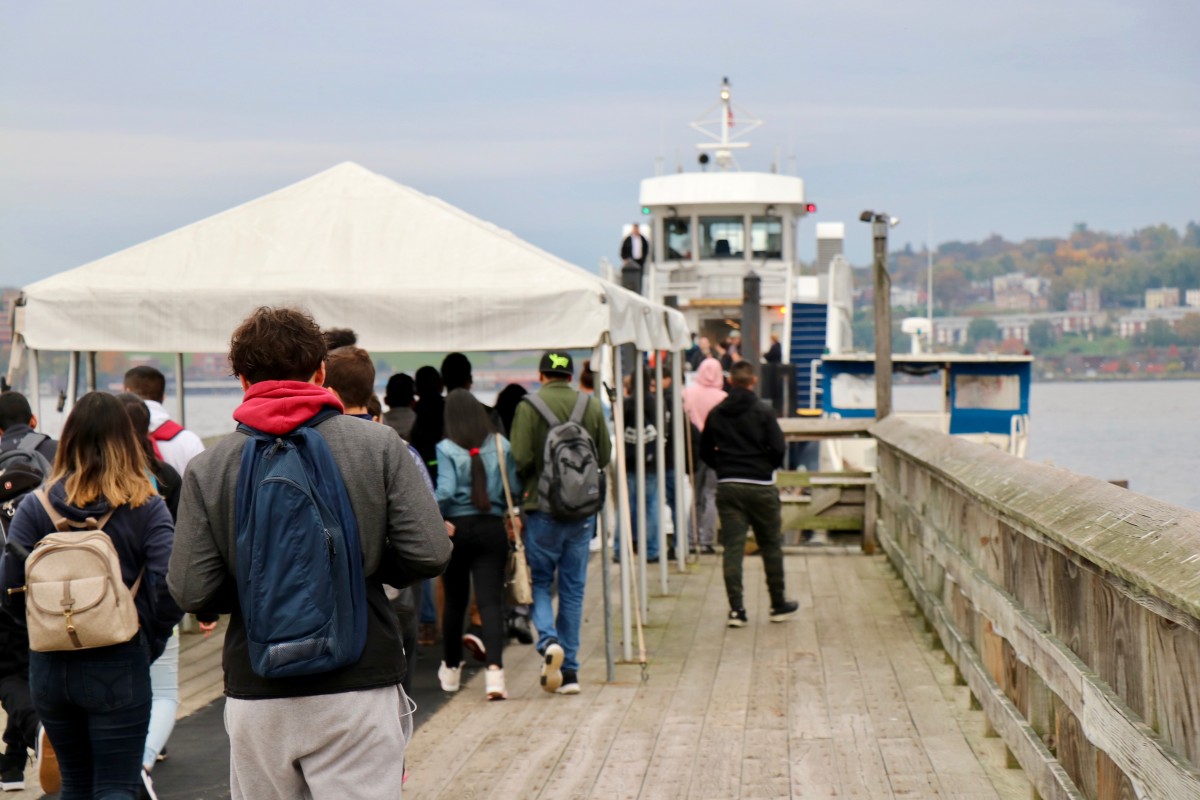 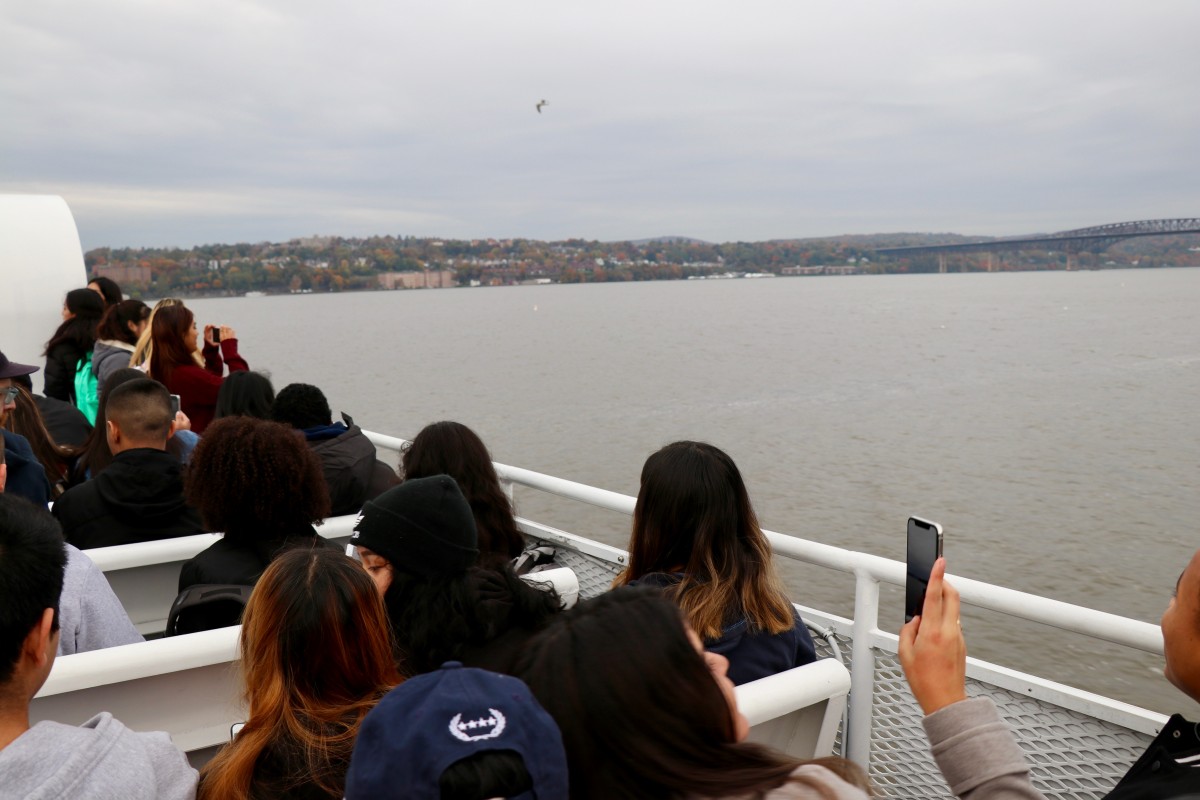 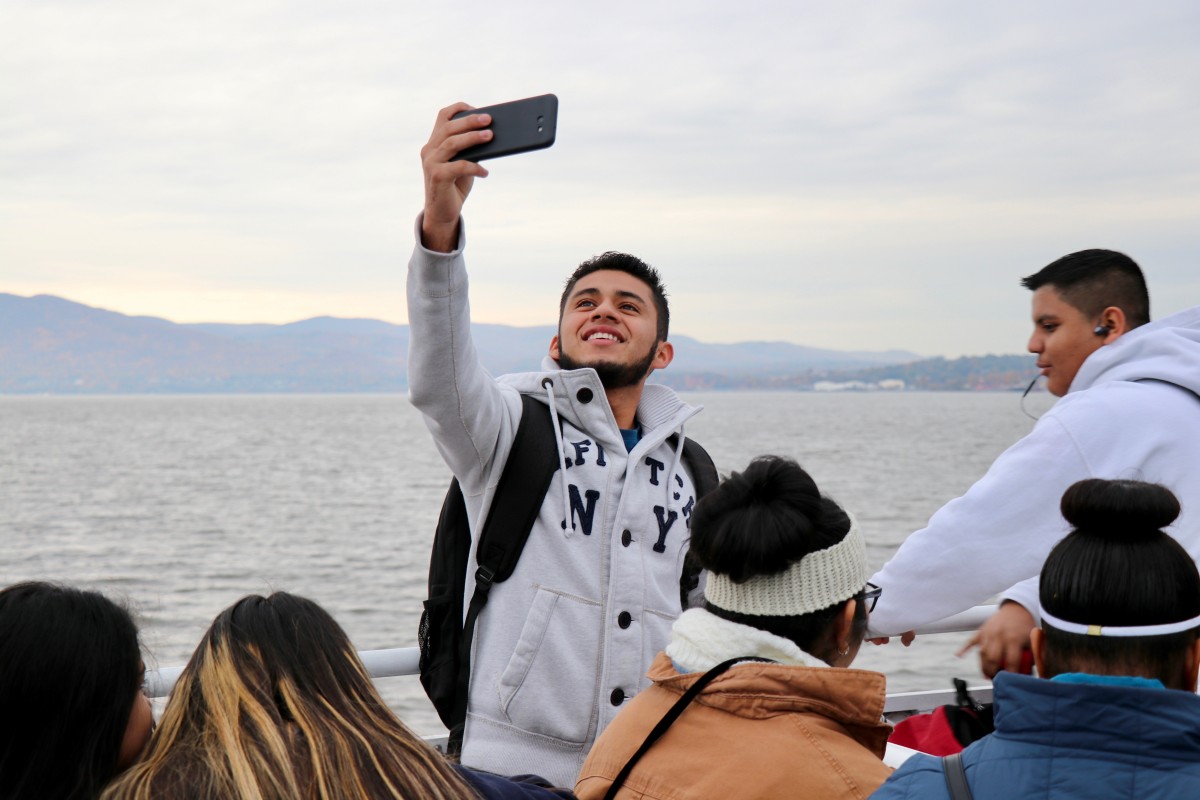 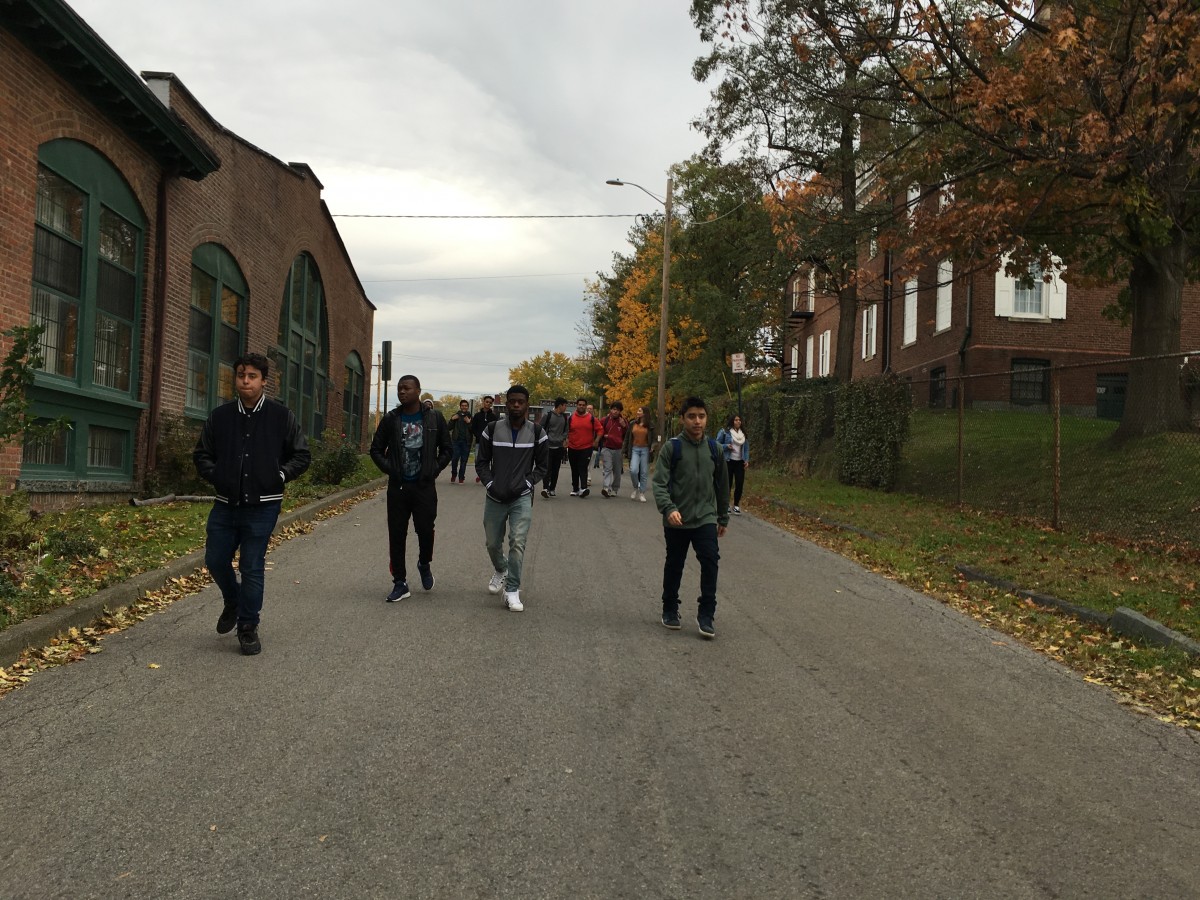 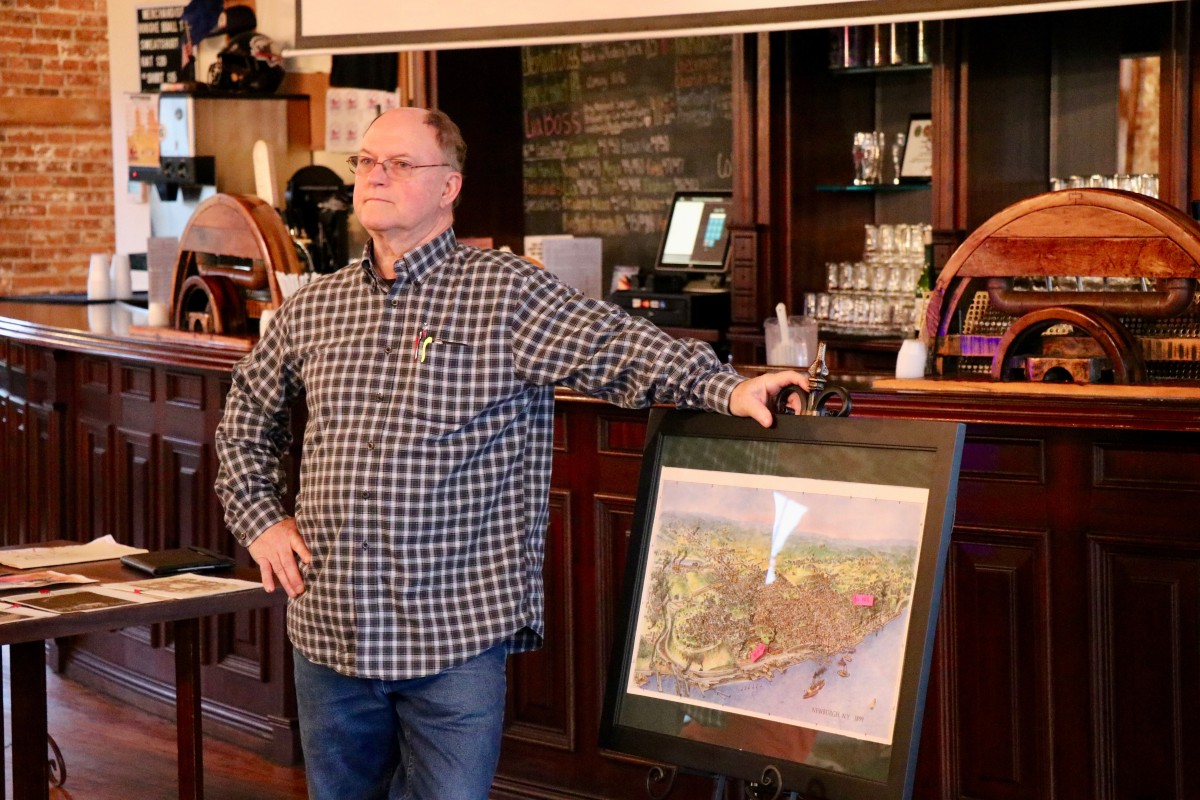 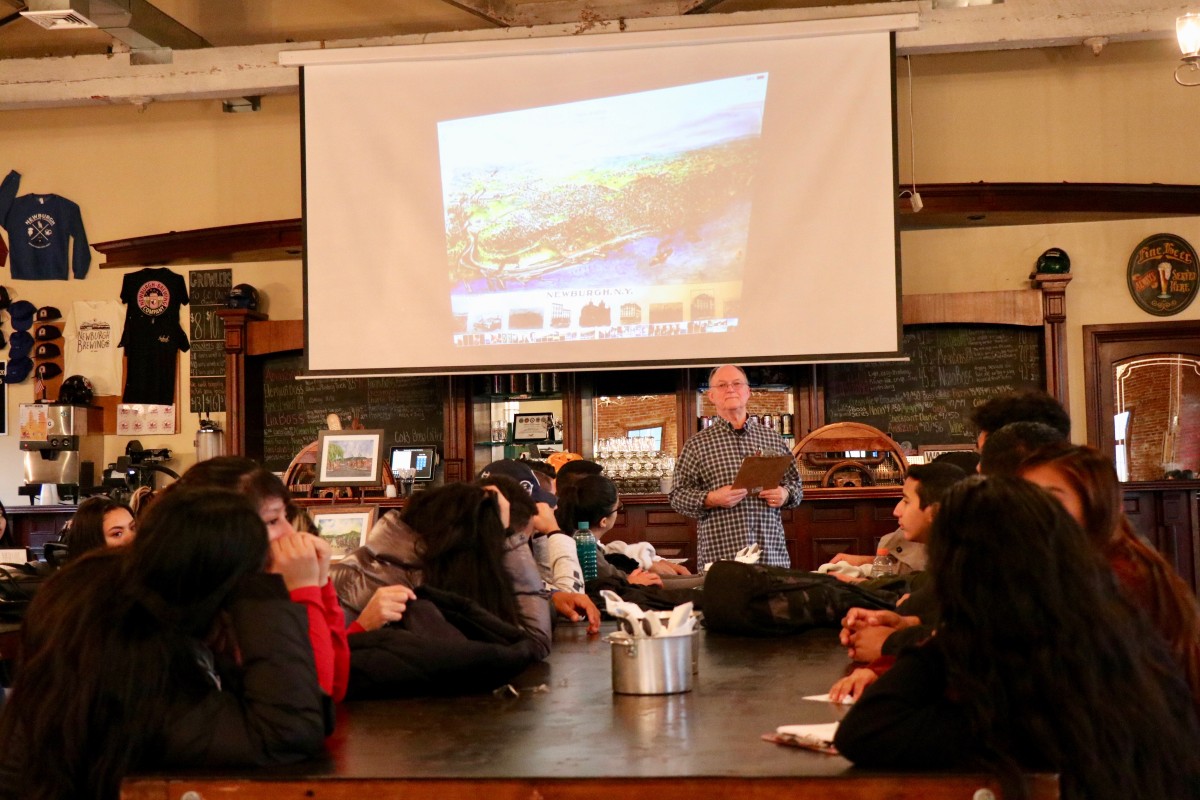 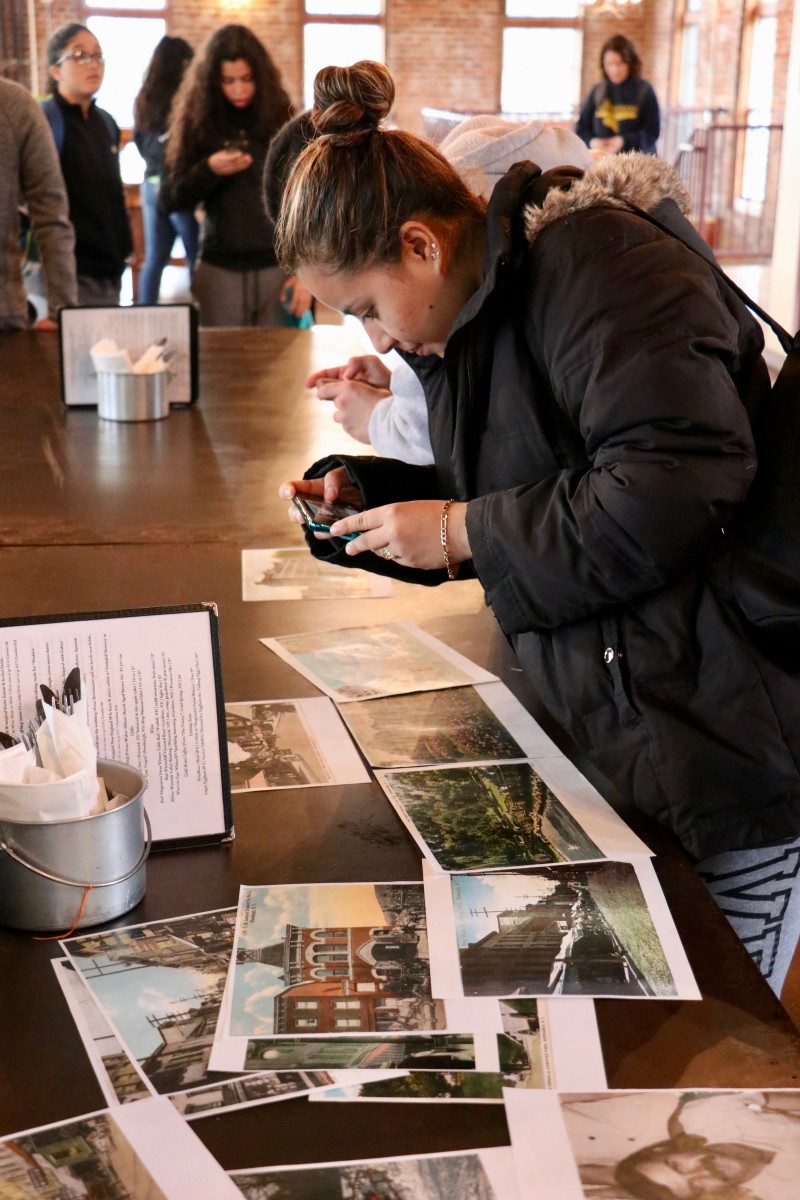 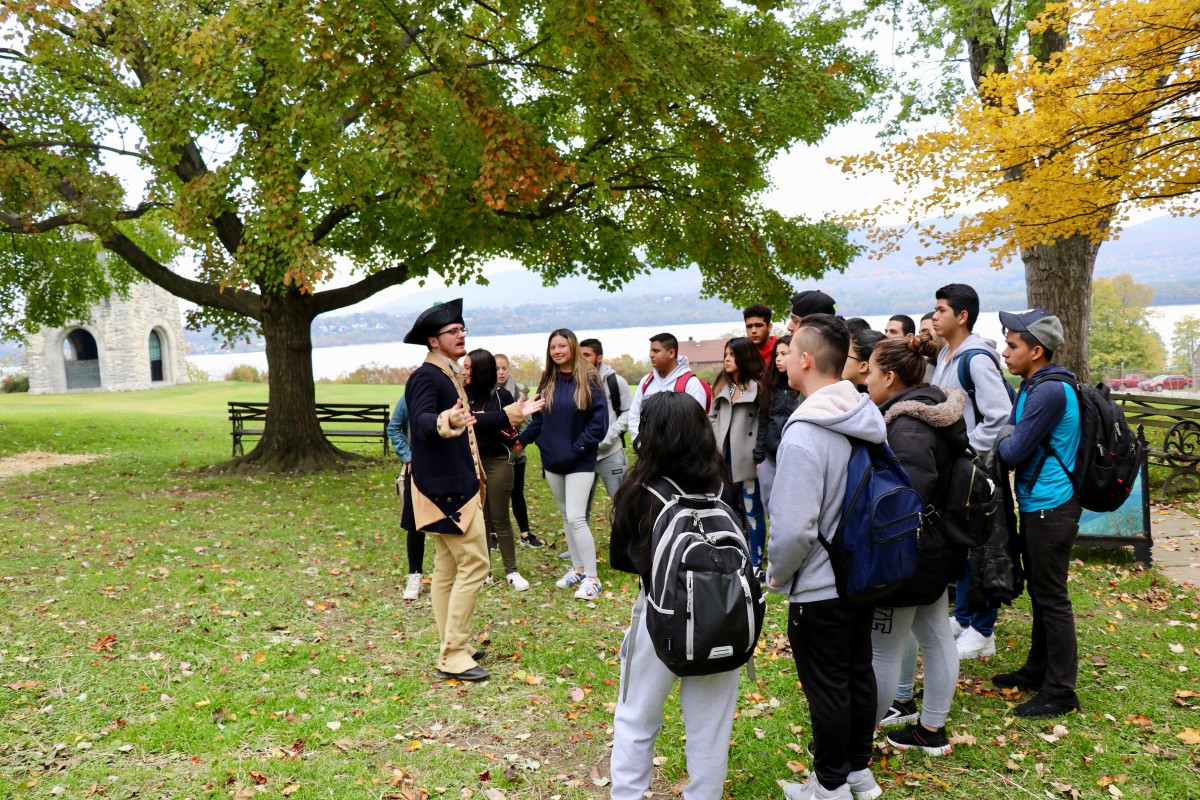 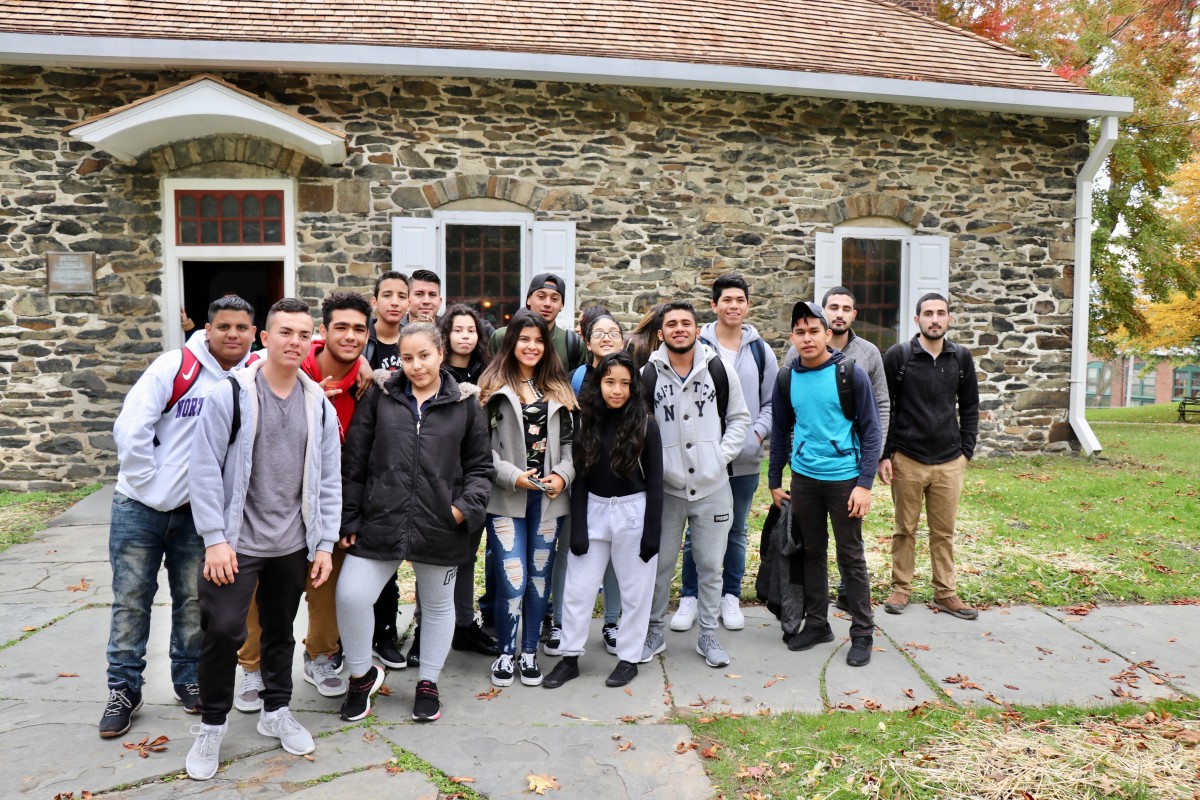 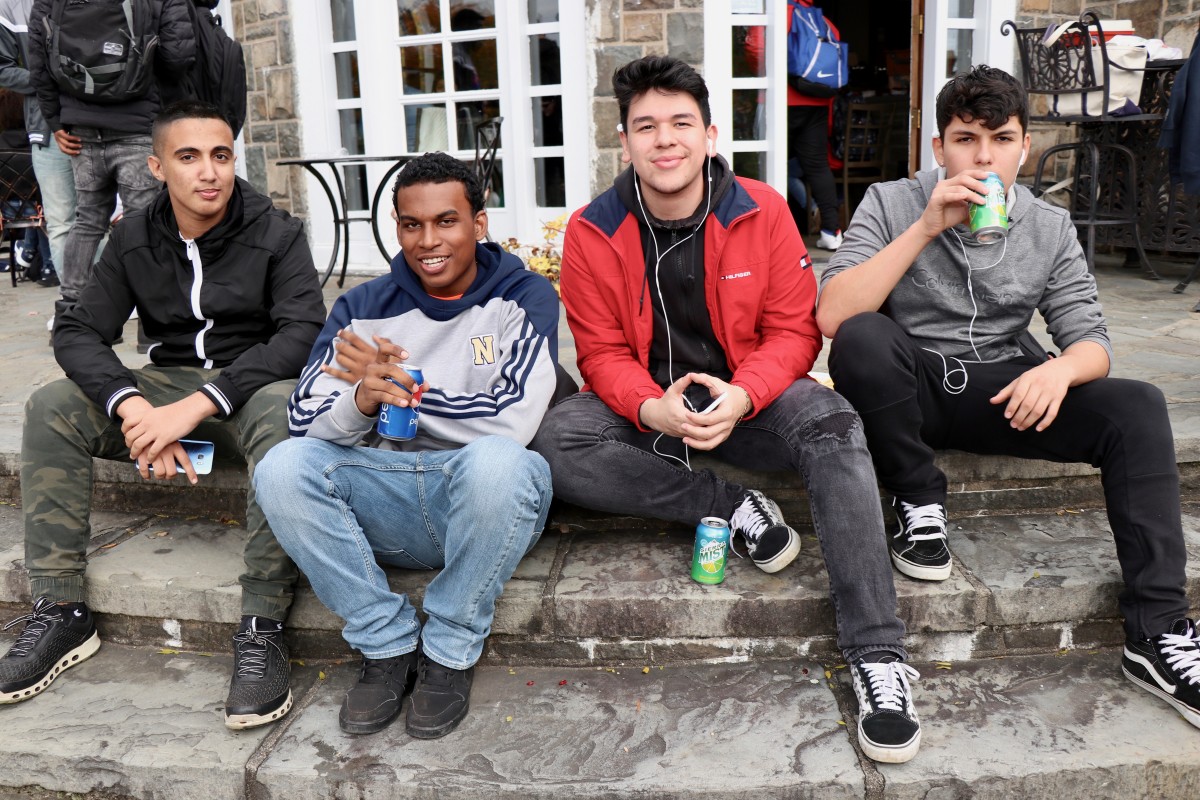 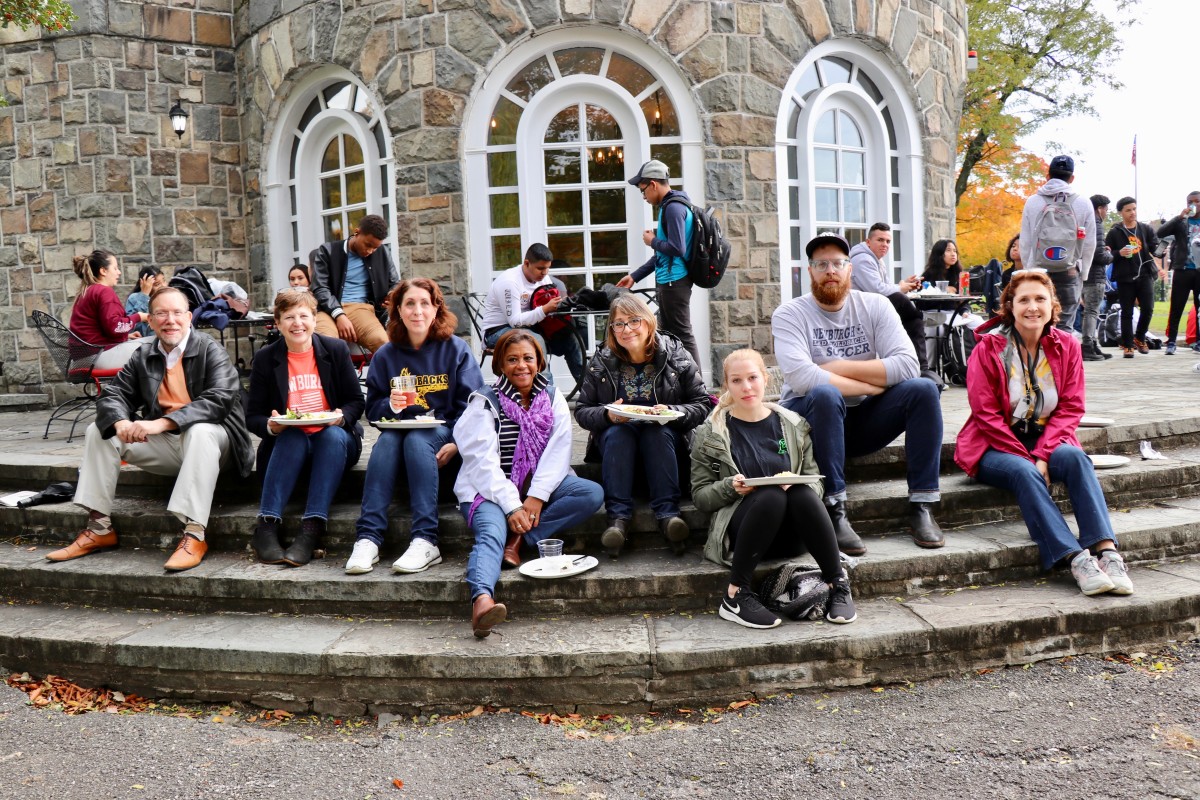