Scholars Work on Writing Project with Chromebooks at NFA North

Instructional Technology Facilitator (ITF), Mrs. Jaclyn Holmes helped scholars familiarize themselves with the 21st century as well as transcribing their written essays to a document on their Chromebooks.

Scholars have spent much time formulating their ideas and writing their essays. In this class, students used the Google Chromebook and Google Docs to transfer their handwritten essays to a typed document on their new 1:1 Chromebook. English as a New Language (ENL) scholars are able to use Google translate if they need help translating from their home language to English. Ninth grade scholars at NFA North Campus participate in modified block periods, which allow them to learn core subjects for 66 minutes without interruption.

Once the essays are fully transferred to Google Docs, scholars are able to participate in peer editing by sharing and commenting on the work of their peers collaboratively and in real time. Eventually, scholars will use additional Google tools, such as Google Slides to present this essay and future projects throughout the year.

Scholars had their Chromebooks in front of them and were guided by the screen set up on the Promethean board to follow instructions as they worked through the process of editing their documents. Promethean boards were installed in every learning space before the 2017-2018 academic year started. This year, all scholars in grades 3-10 receive a Chromebook as part of the district’s 1-1 device plan. Scholars in grades 11 and 12 are allowed to bring their own device to school or are able to use a device provided by the school. Scholars use the same device throughout the entire day and return it to a cart at the end of the day. Scholars do not bring the devices home, but that may change later in the year. 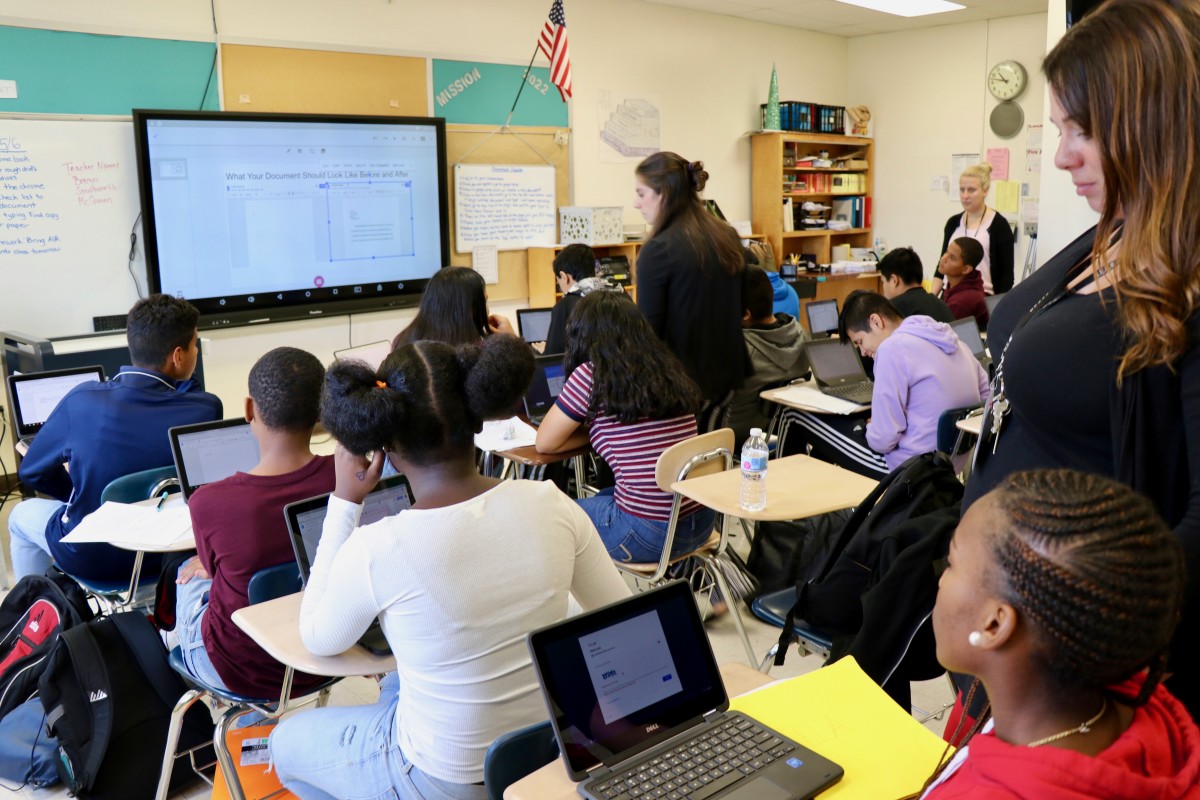 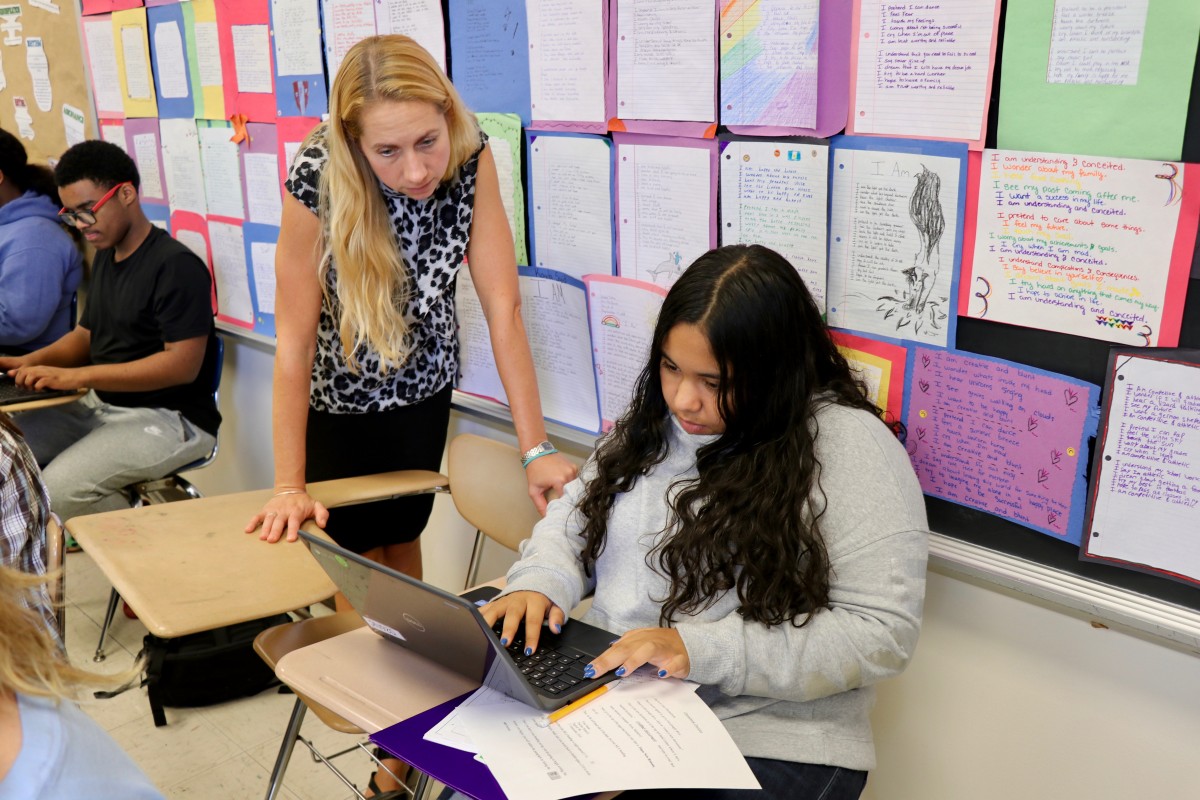 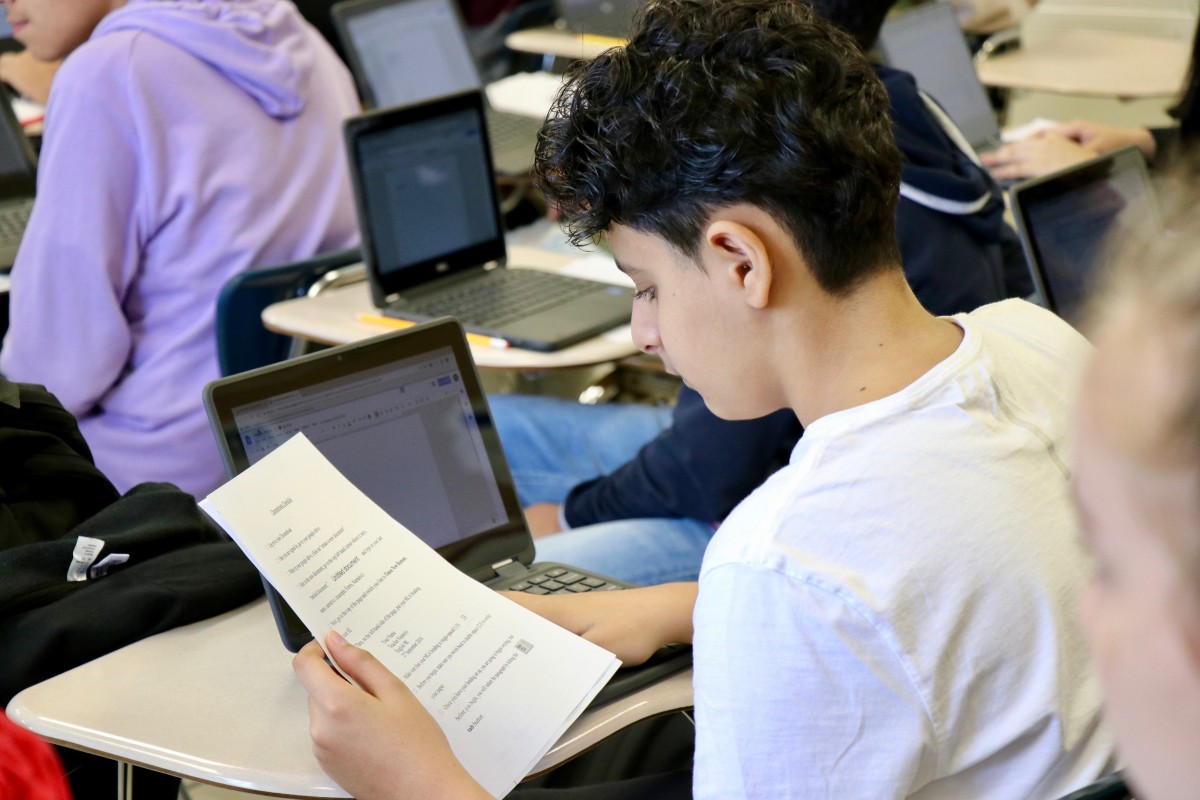 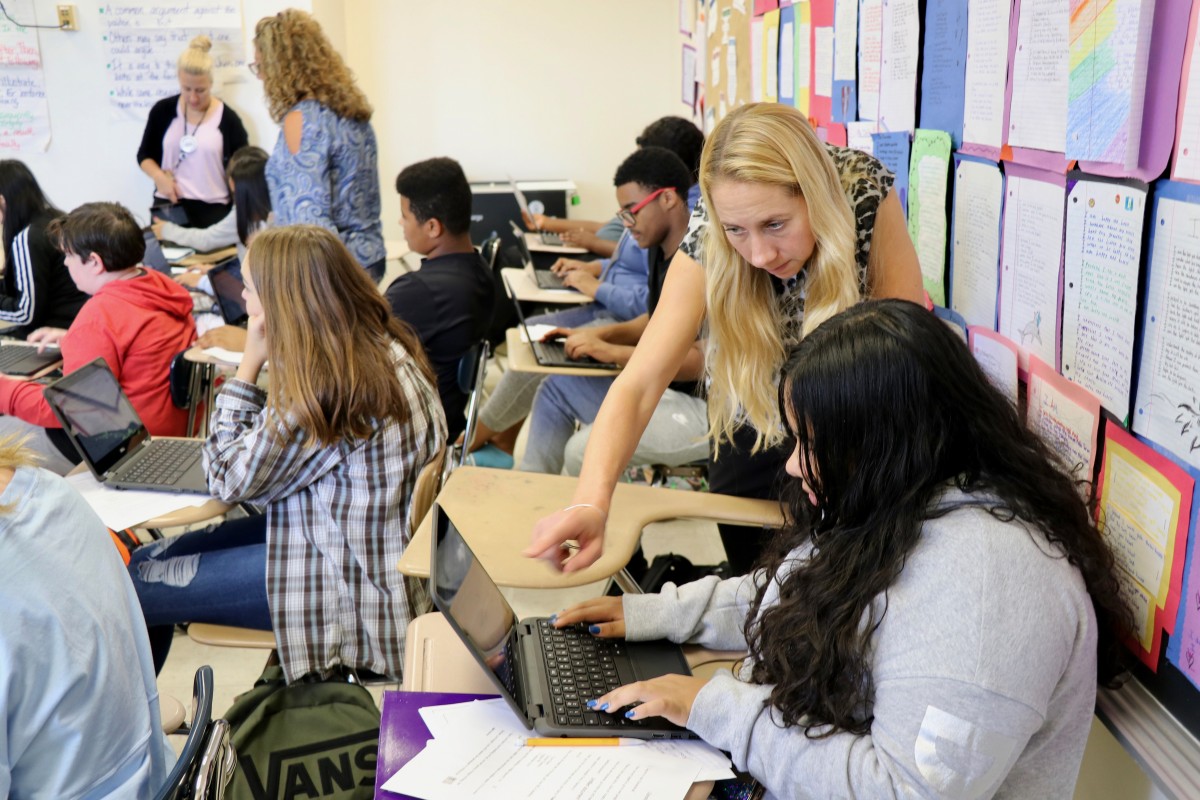 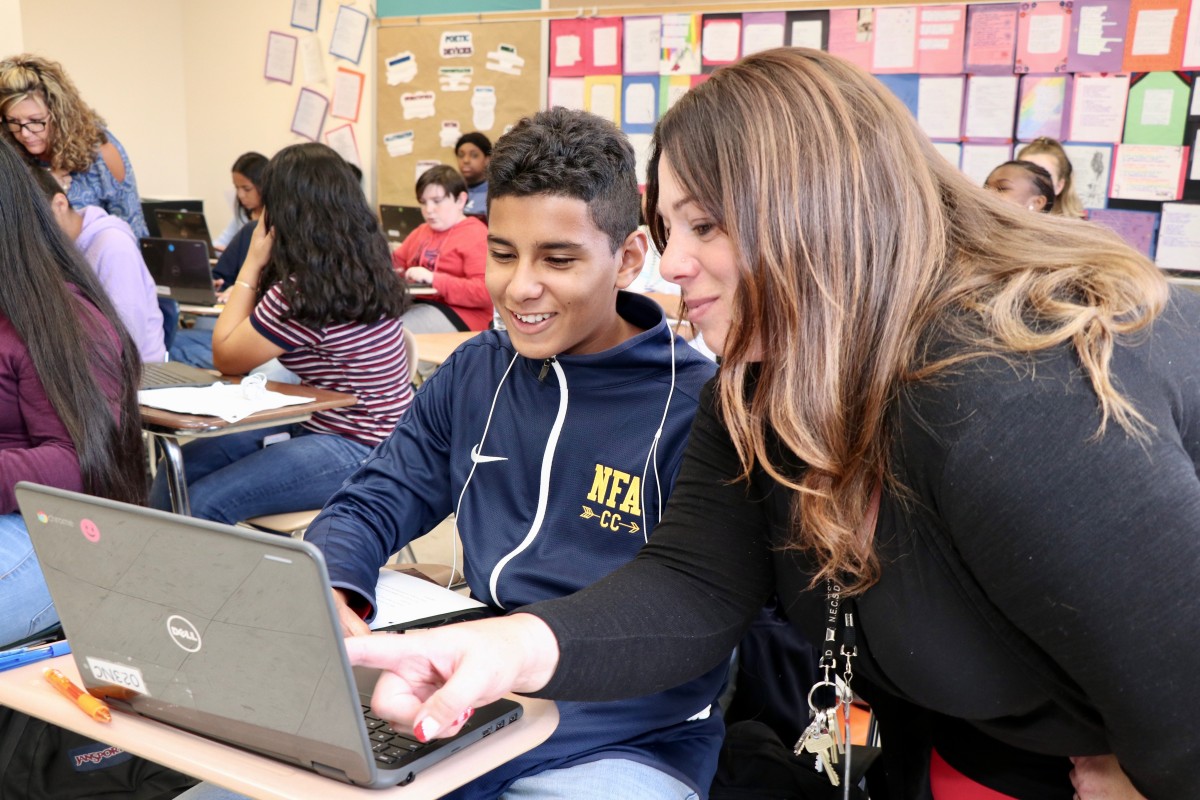 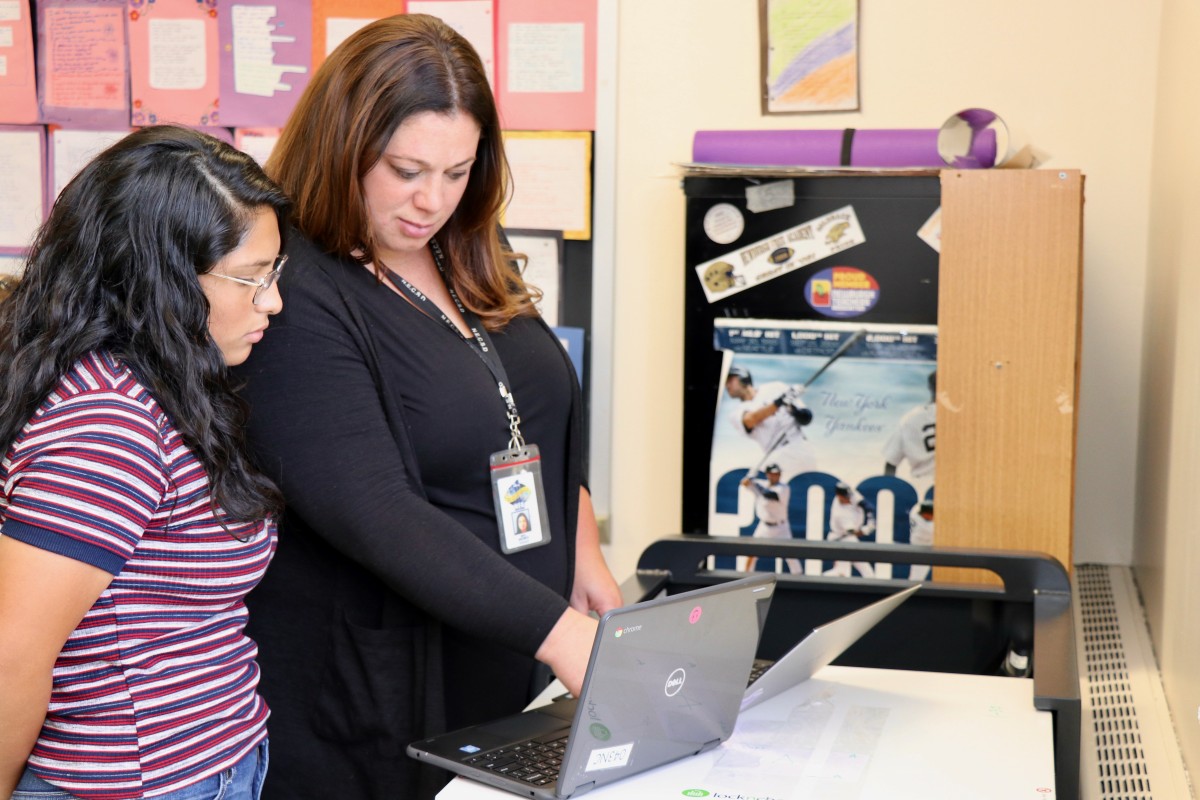 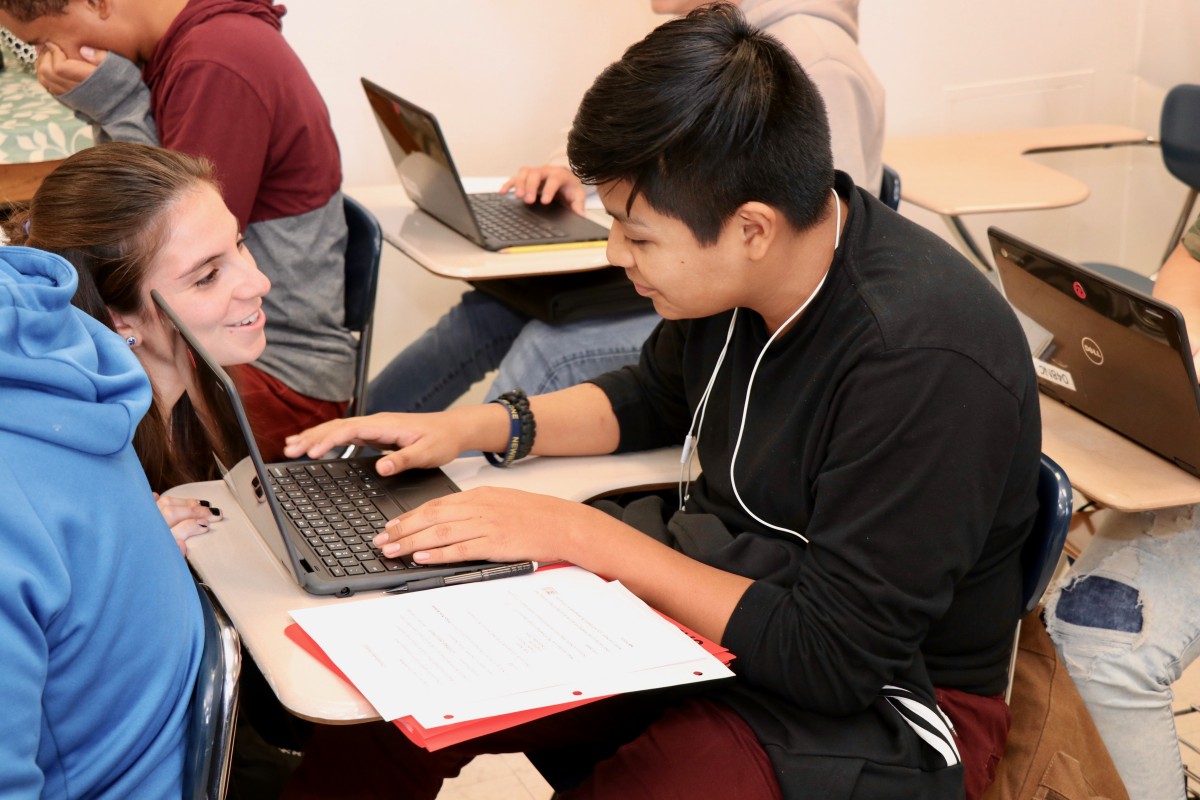 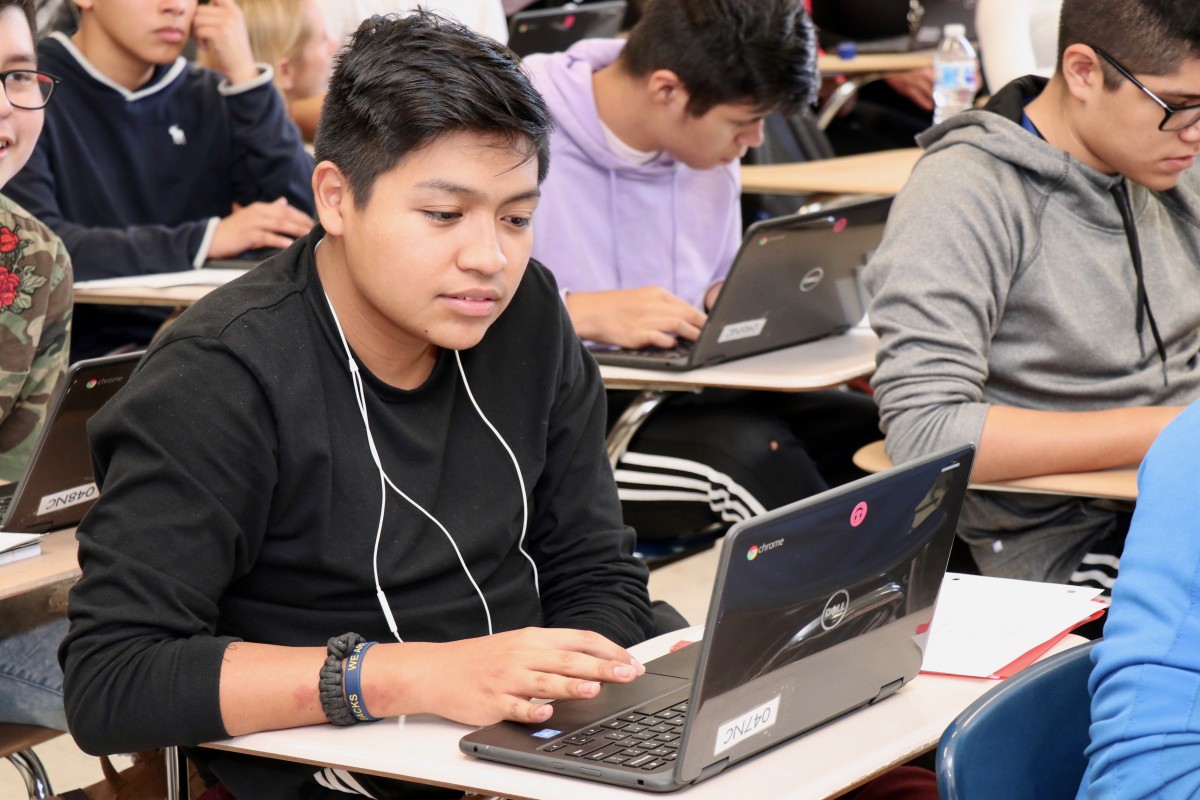 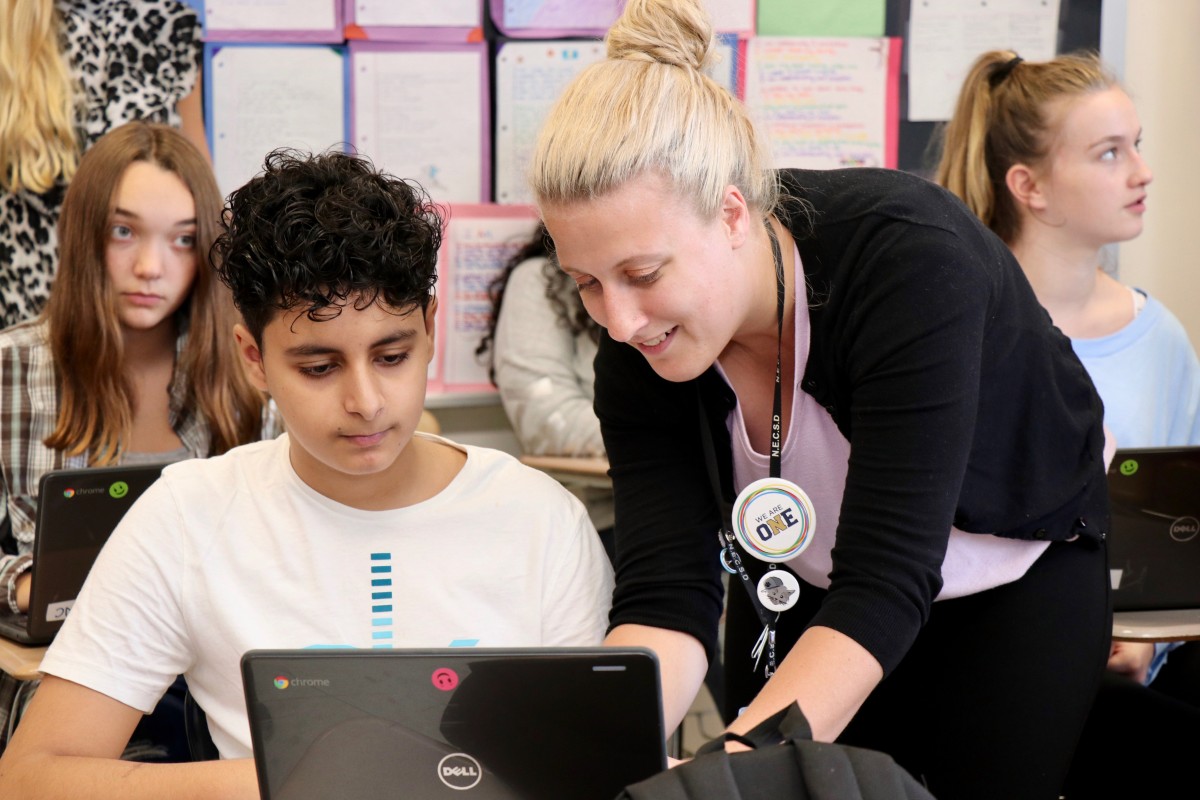 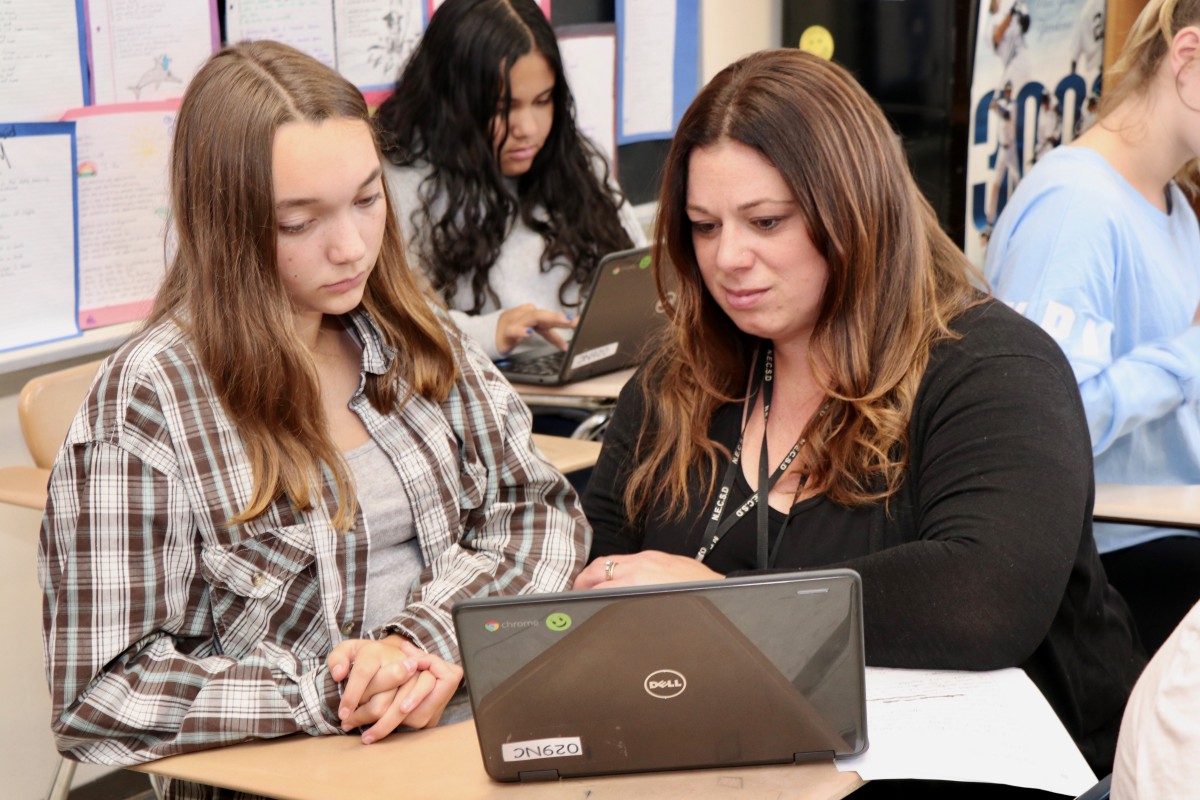 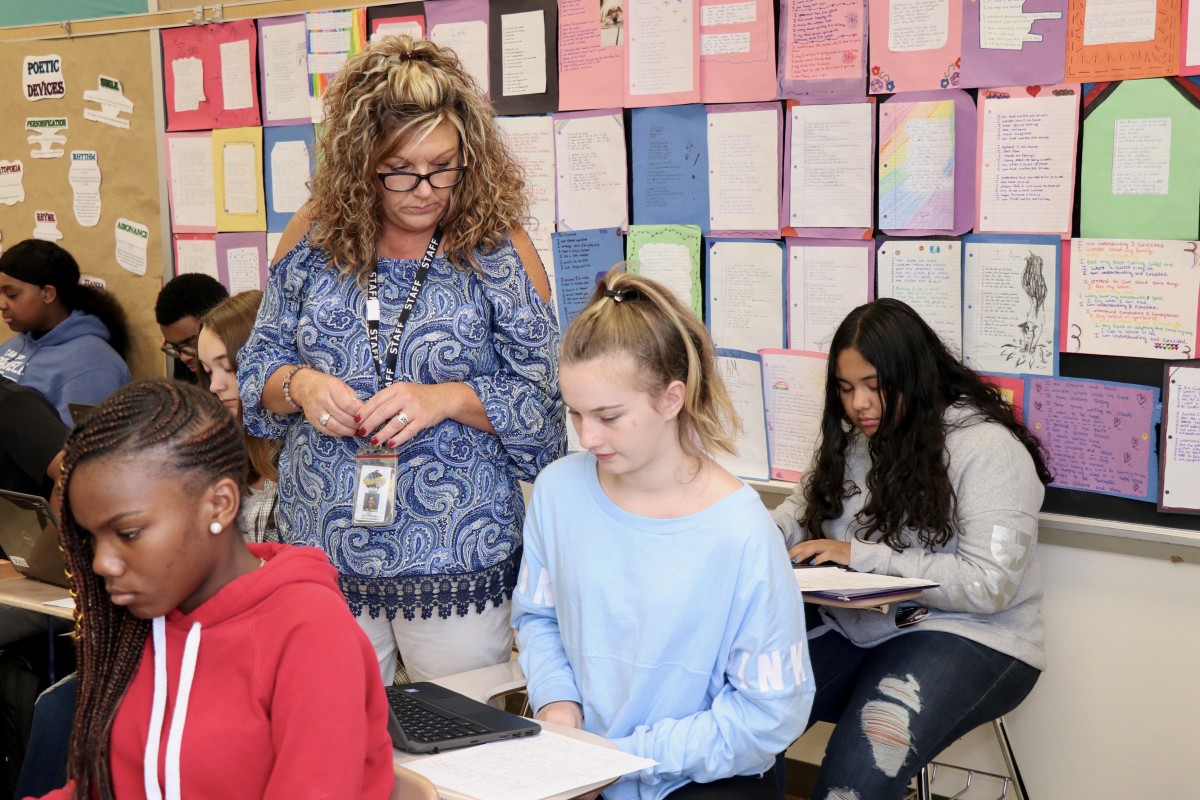 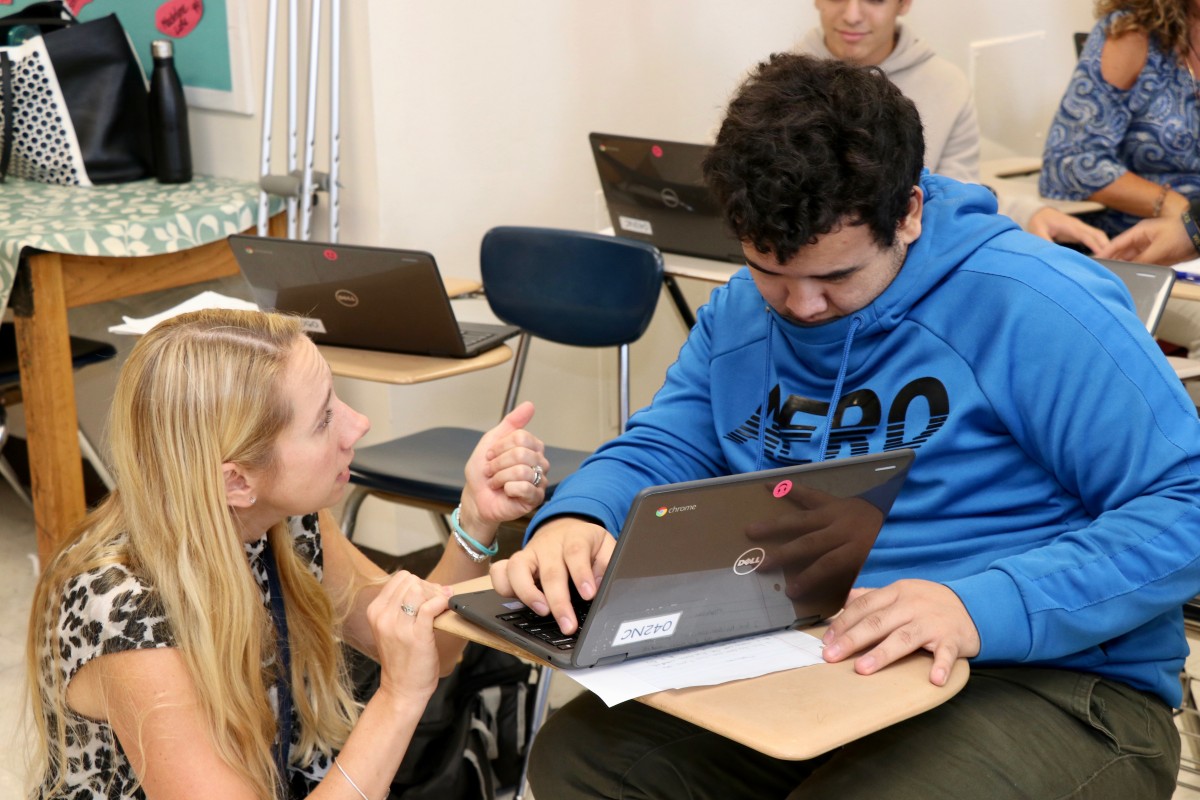