Scholars in the Forensics, Security, and Law Academy at Newburgh Free Academy’s North Campus learned from City of Newburgh Police officers and recent alumni about the Young Police Initiative, a program recently brought to Newburgh by Chief Solomon.

The presentation included benefits of the program and scholars can get involved. The Youth Police Initiative (YPI) is a weeklong program that has been held in multiple locations since its inception. The purpose of the program is to bridge the gap between youth in the community and police. Their main hope that participants learn about officers and officers learn about them.

In July, officers welcomed students from the Newburgh Enlarged City School District to participate in Youth Police Academy week. During that week, participants observed a court session with Judge Williams, participated in a mock trial, learned about the history of police vehicles at the Motorcylepedia Museum, traveled to the Hanger at New York Stewart International Airport, learned team building and communication skills at a ropes course, heard lectures, and were tested in their physical fitness. Multiple community sponsors support the program.

There is also a Junior Police Cadet Academy that meets weekly. Students start their day with physical training, move to drill and ceremony, and then receive lecture from different police officials and county officials, a district attorneys, different departments that are relevant to a career in law enforcement. The program is designed for students who are interested in a career in law enforcement and provides training and opportunity to prepare participants to bridge the gap. Participants also raise money for uniforms and an upcoming backpack drive they plan to hold.

Mr. Mike Truncale and Mr. Tim Toomey are teachers for the Forensics, Security, and Law Academy at Newburgh Free Academy’s North Campus. Mr. Doddo, co-principal of the high school campus is very supportive of the program. Seven graduates from Newburgh Free Academy are expected to graduate from the Police Academy in February as they begin their careers in law enforcement in the area. 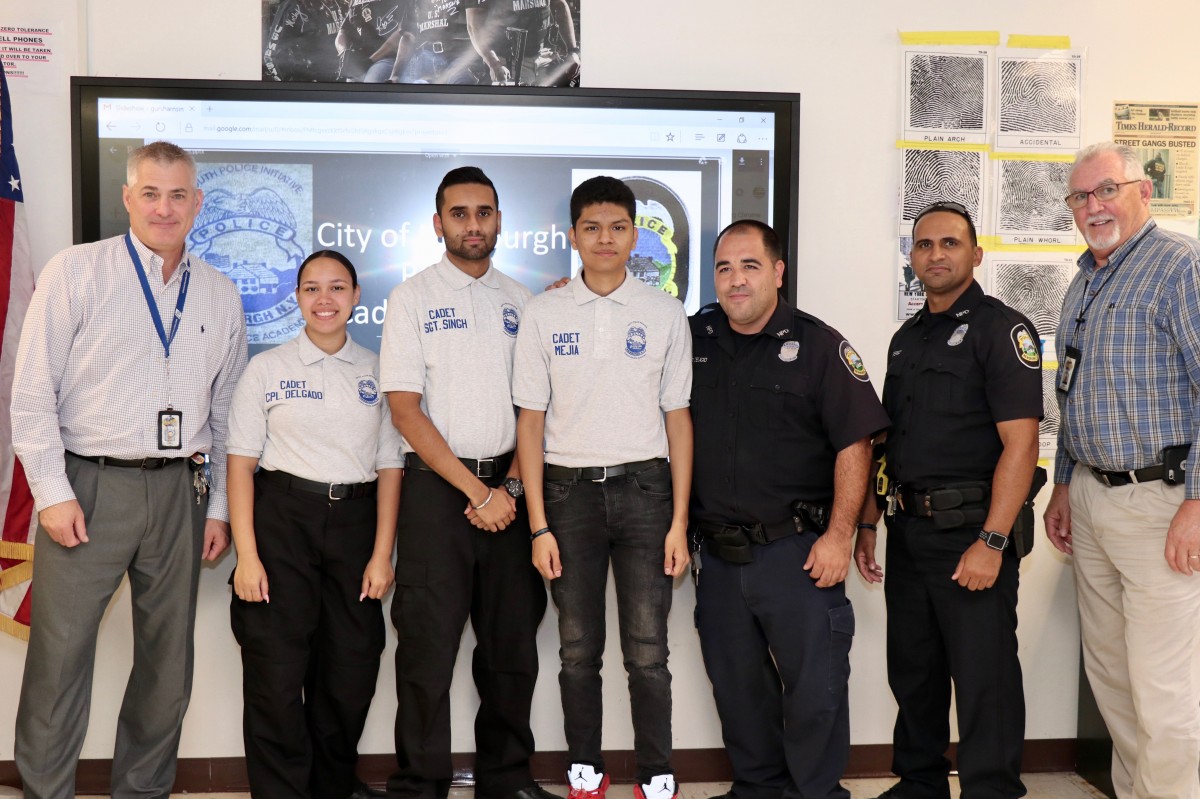 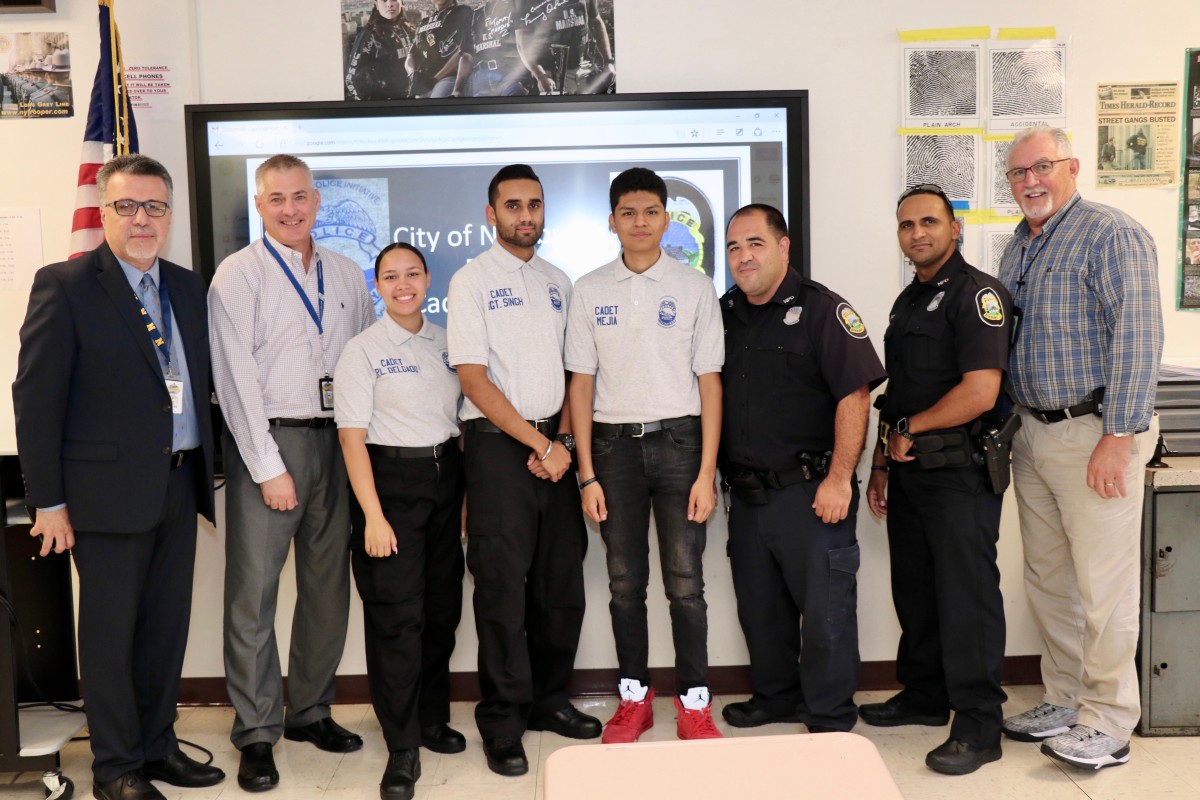 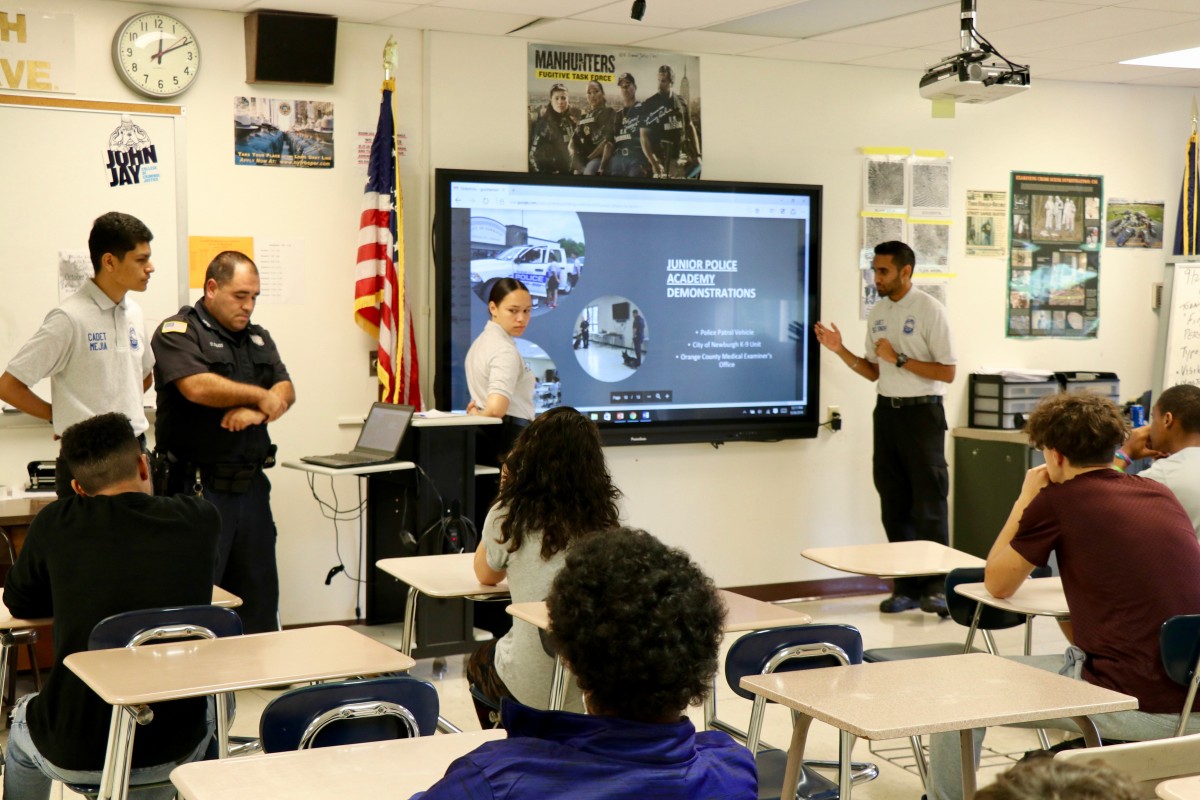 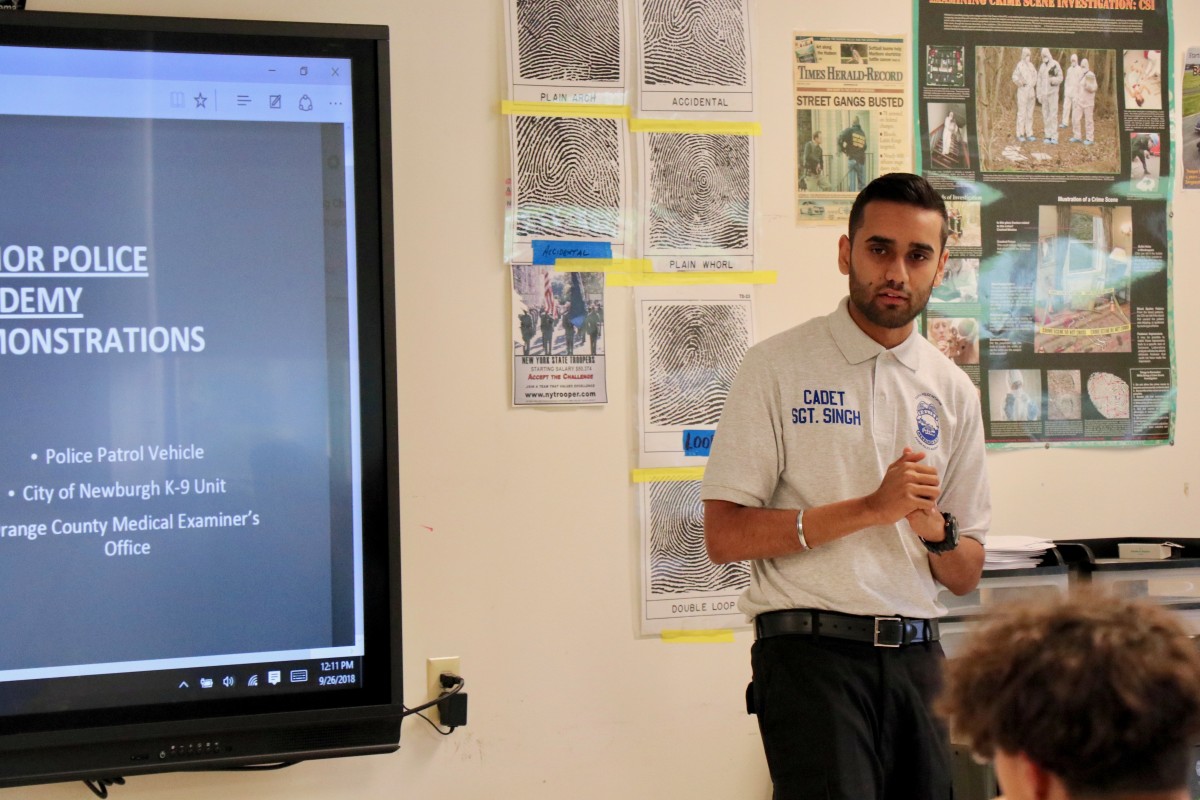 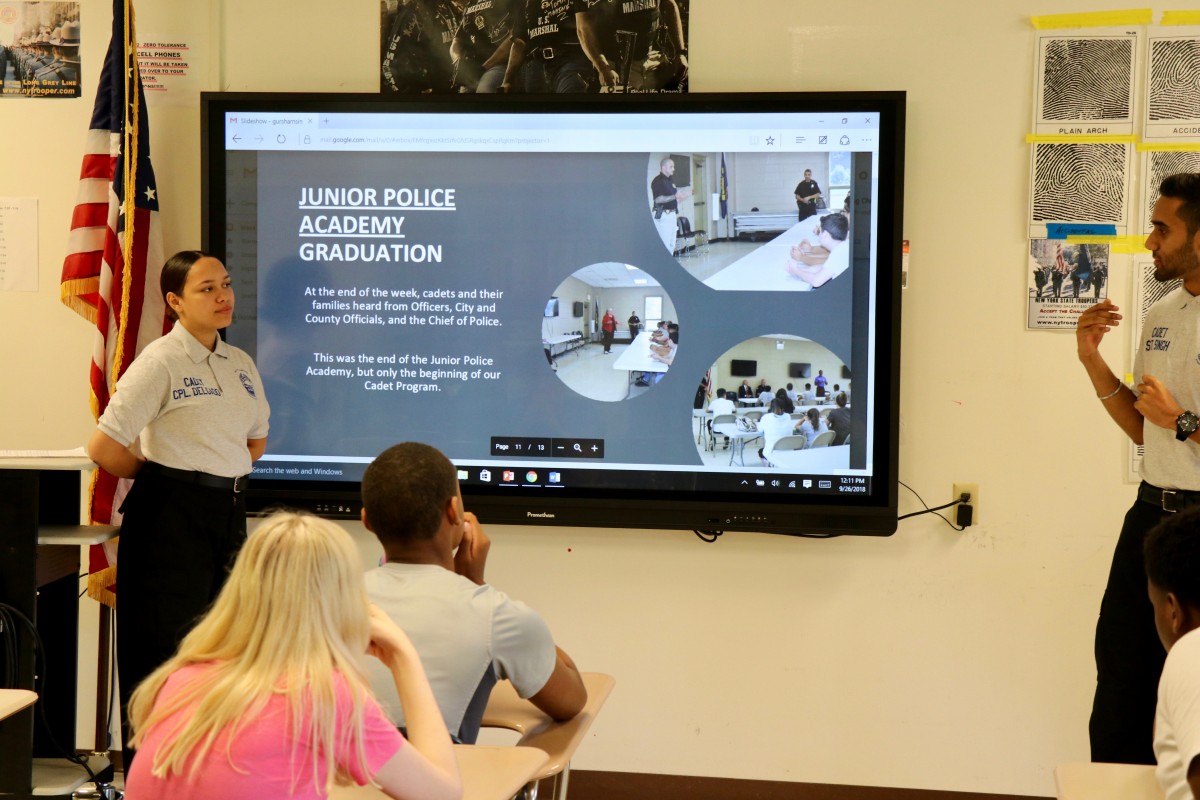 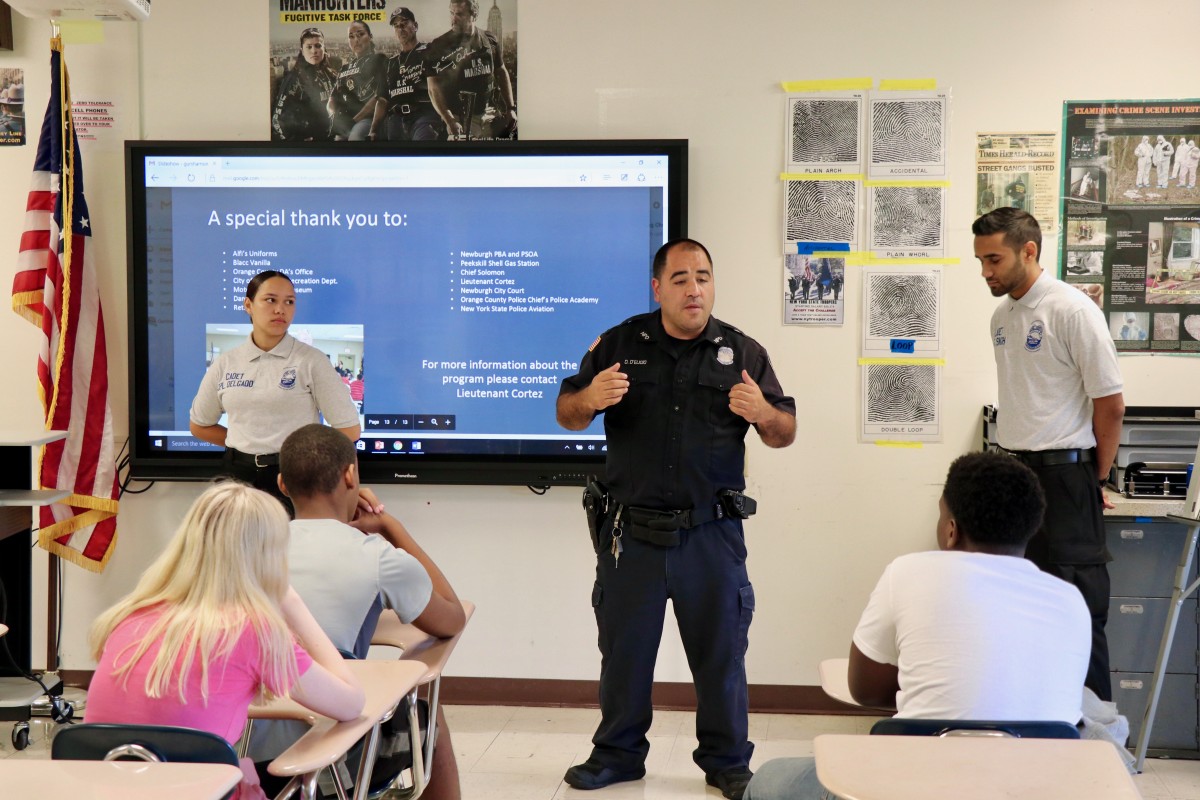 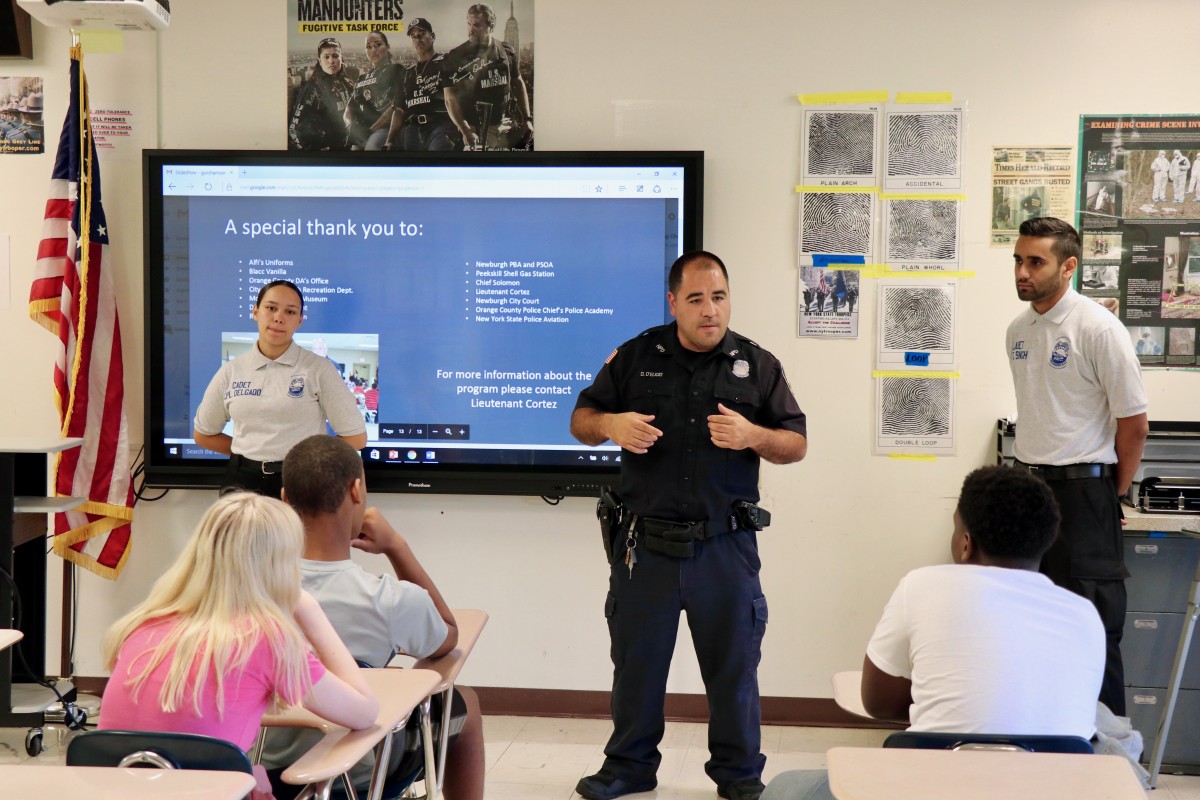