A mock collision was staged involving four students in two vehicles on the way to their Senior Prom.  Members of the Newburgh City Fire and Police Departments, The Cronomer Valley Volunteer Fire Department and the Town of Newburgh Volunteer Ambulance Corps responded to the "scene" to "rescue" victims and "arrest" a driver "under the influence.” A script was read throughout the demonstration discussing the different aspects of the accident and response, as well as the dangers of driving while impaired and driving while texting.

The purpose of this incident is to raise awareness to the dangers of alcohol, drug, and cell phone use while driving.

Members of the Before Broadway Theater Company volunteered as actors for the event.

A special thanks to those who contributed:
Newburgh City Police and Fire and Public Works Departments

Students and Staff from: 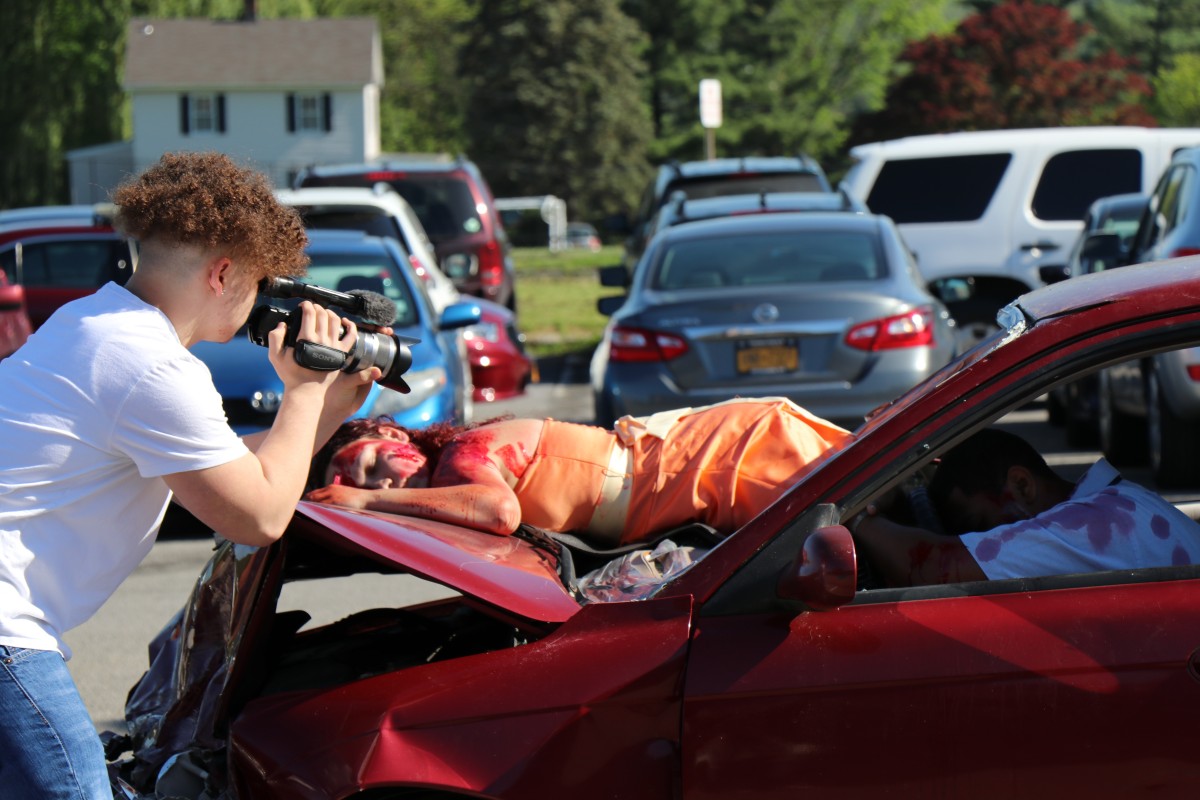 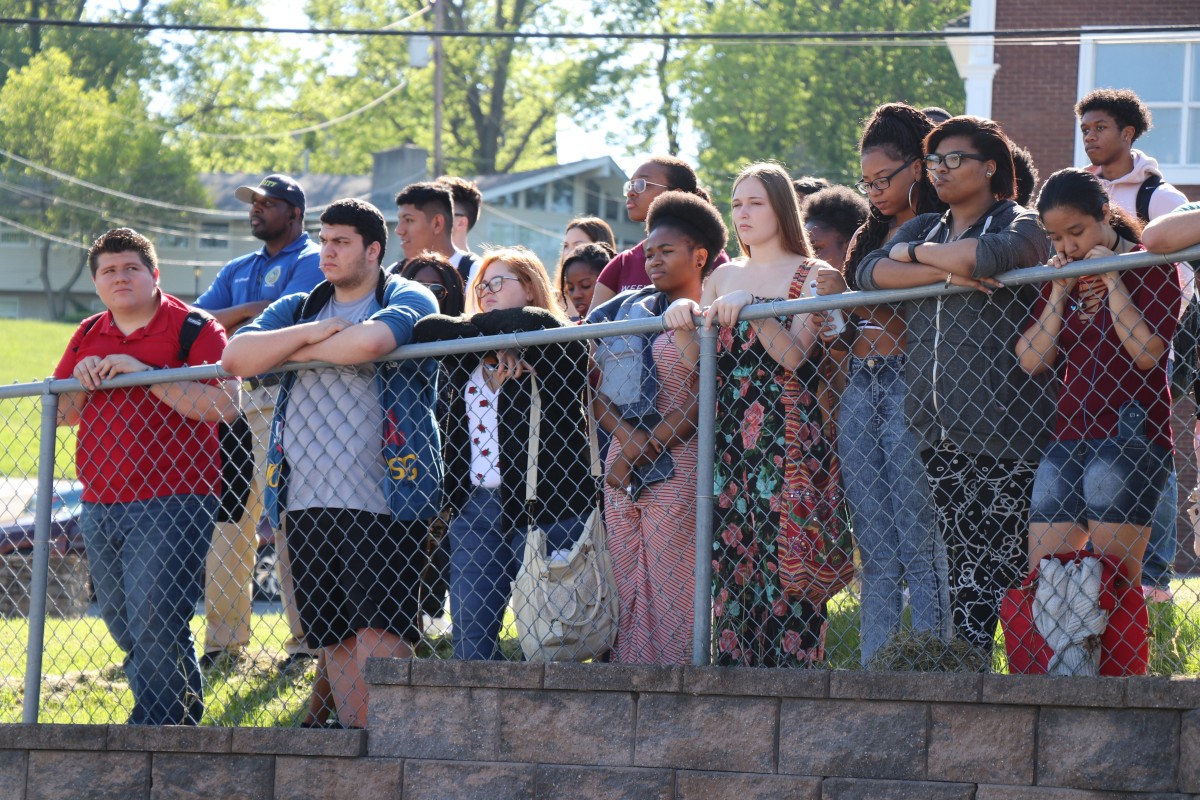 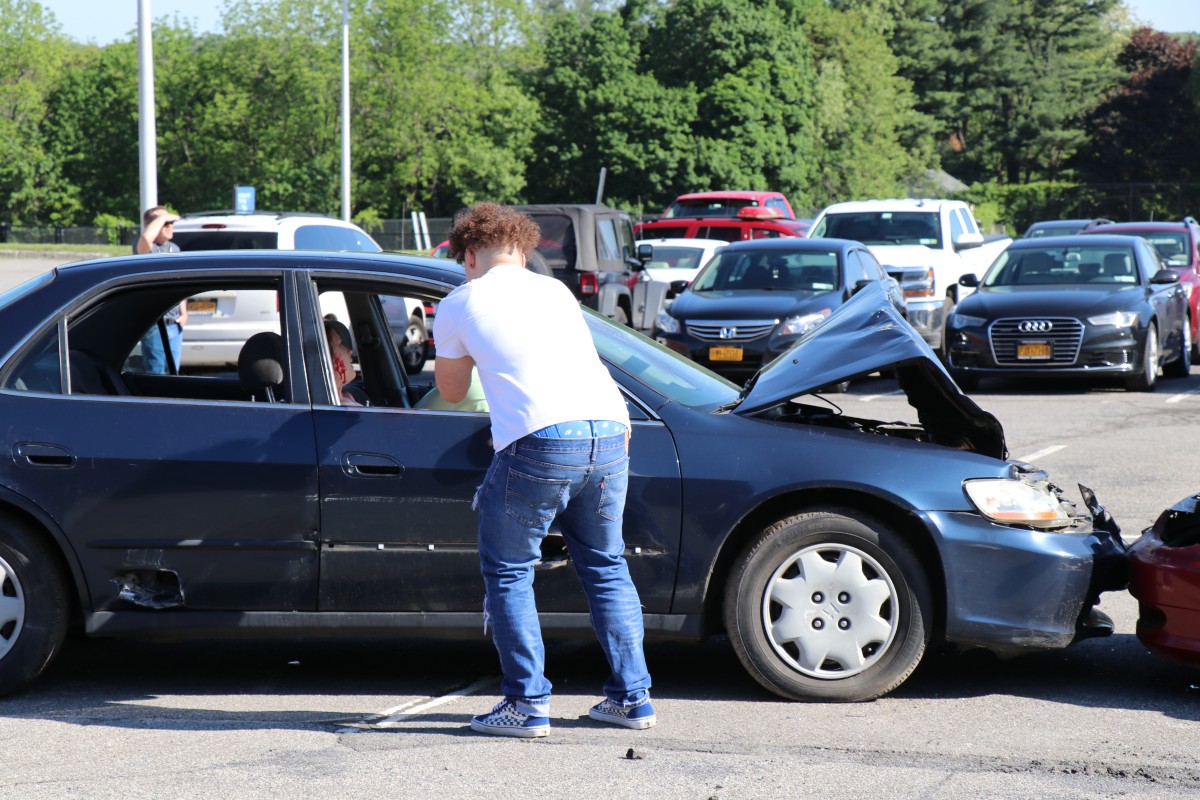 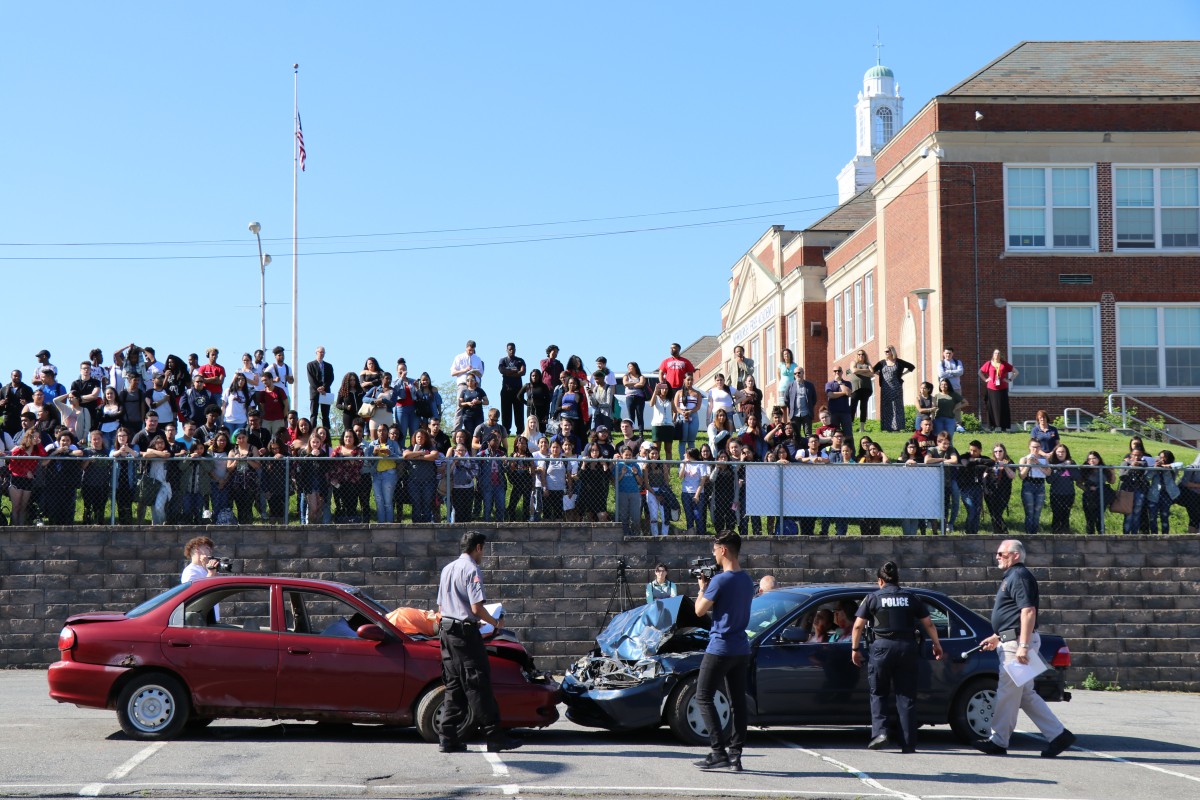 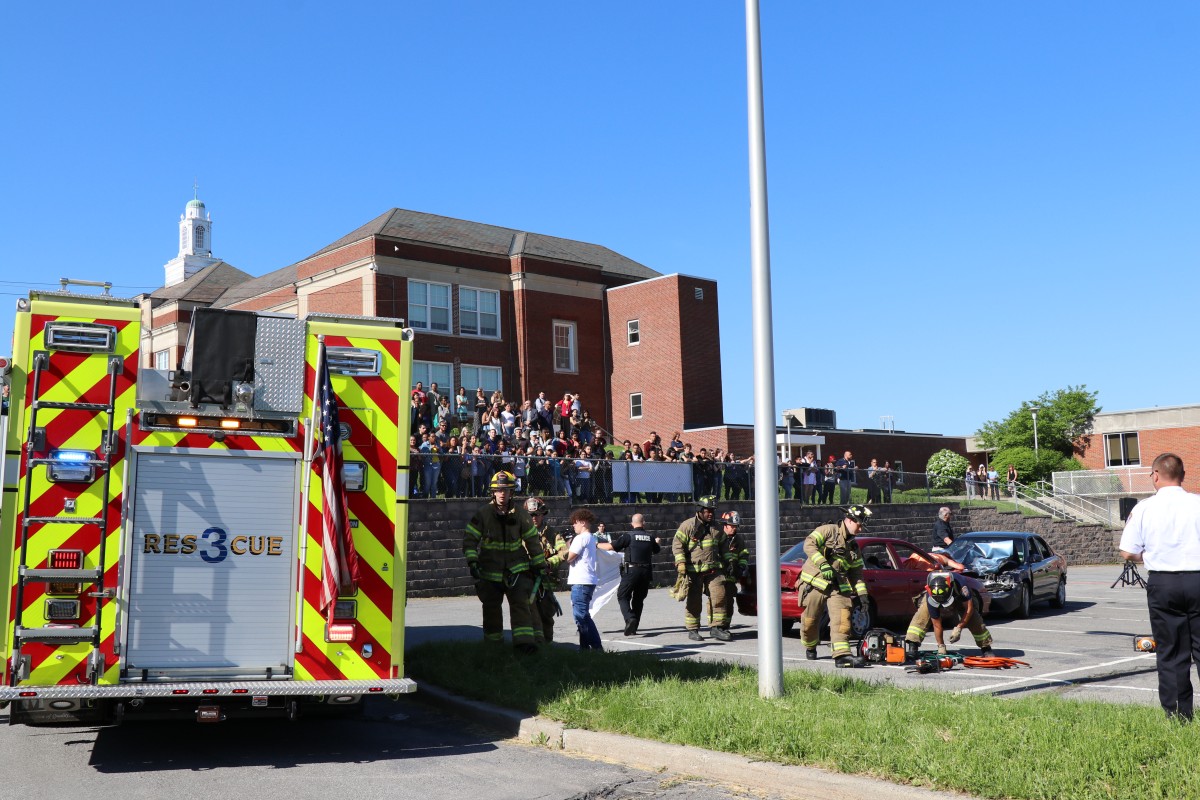 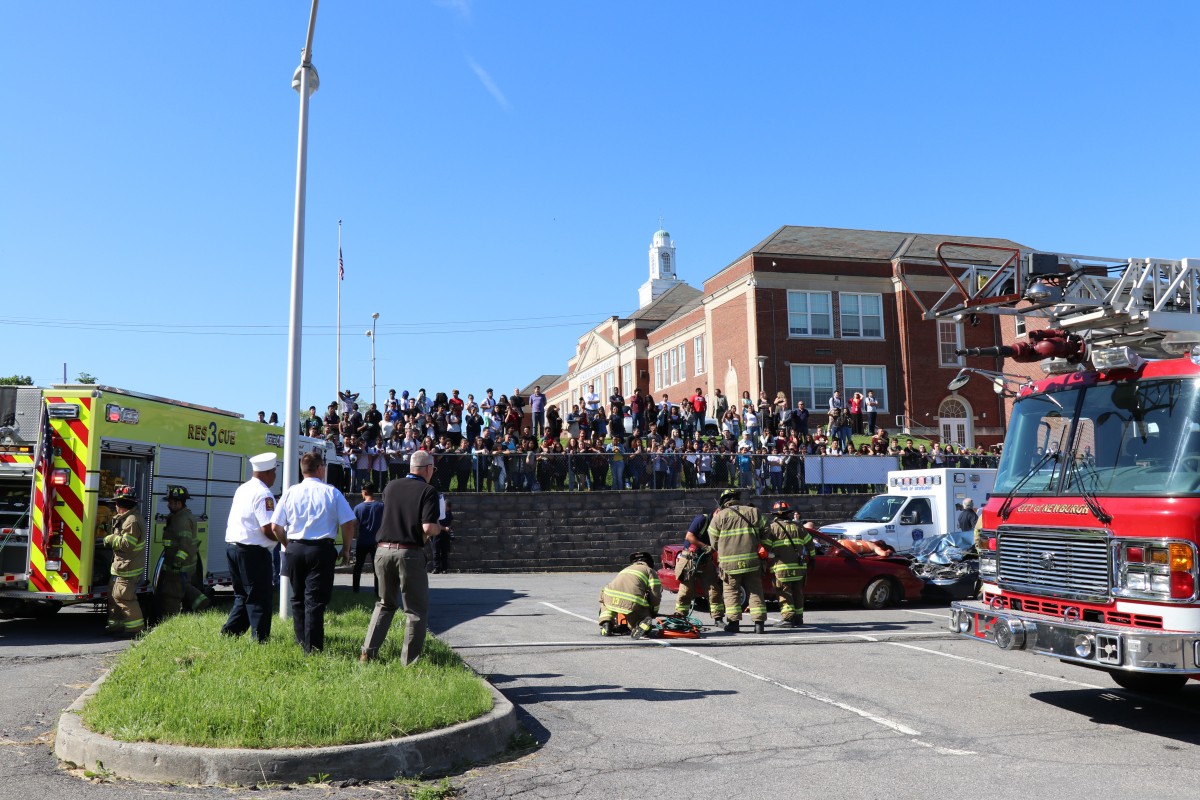 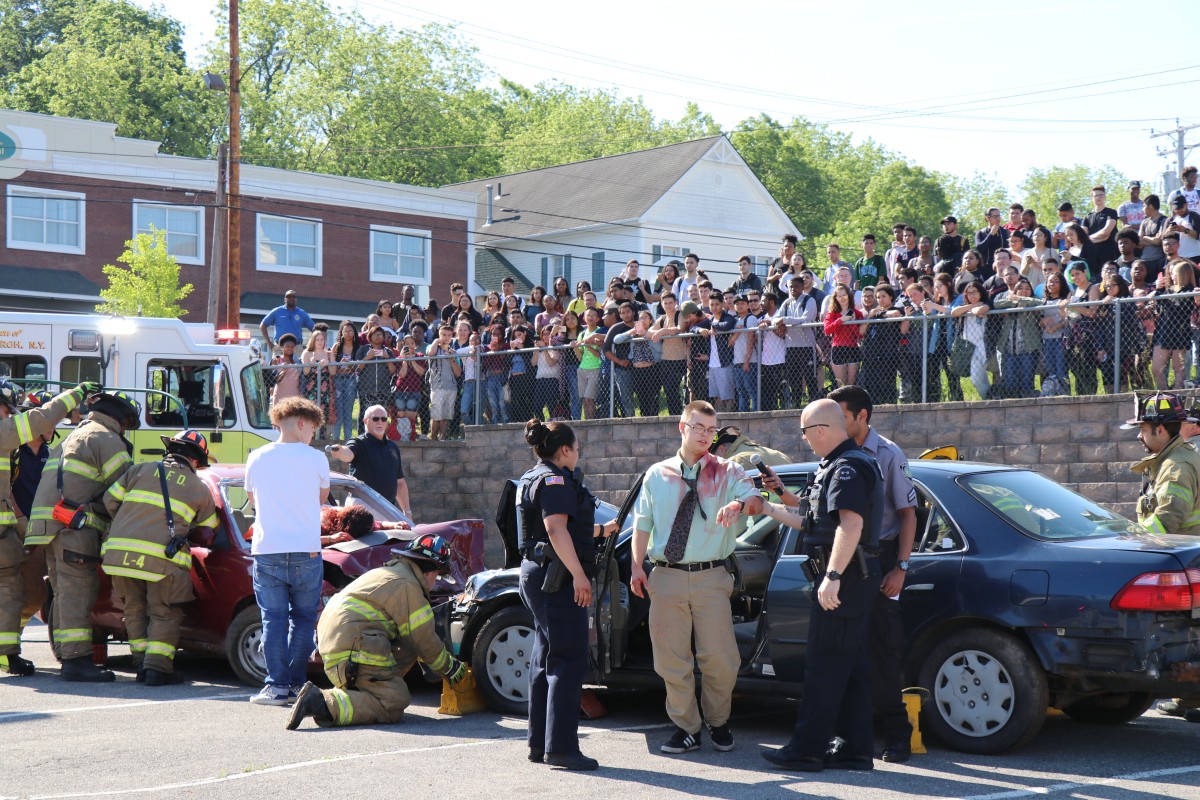 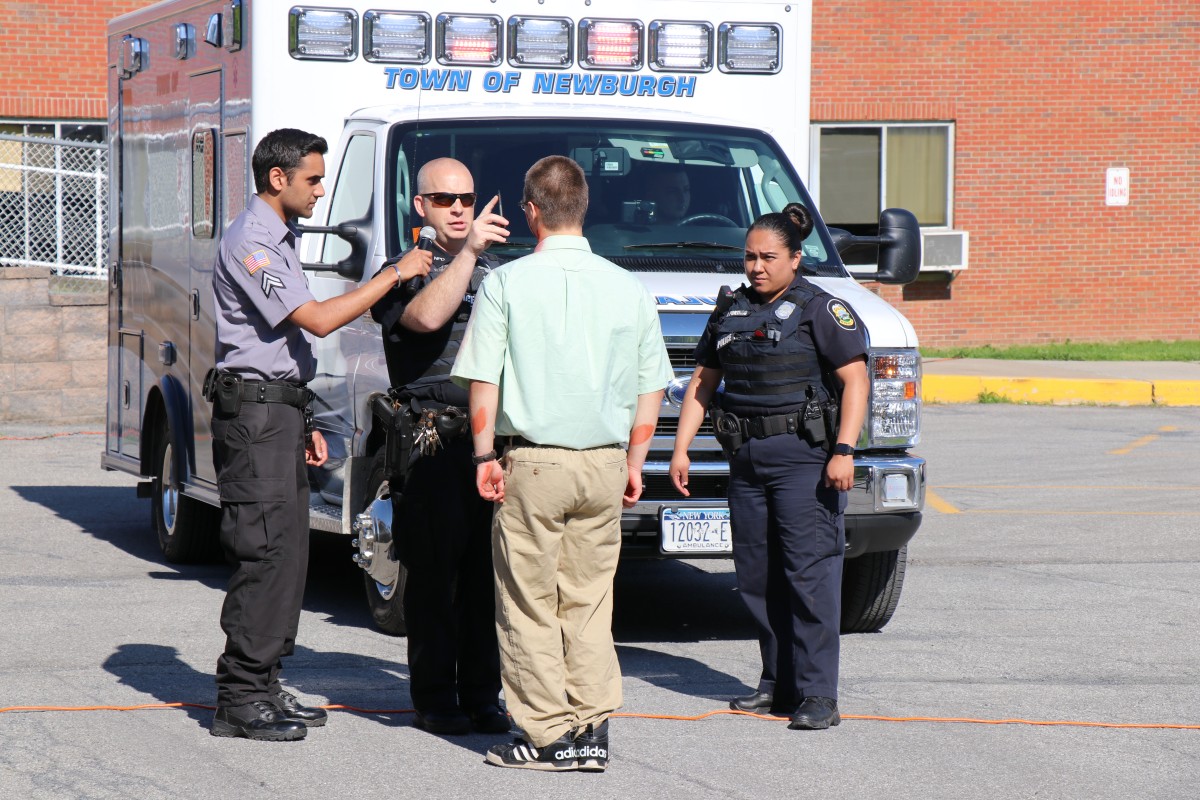 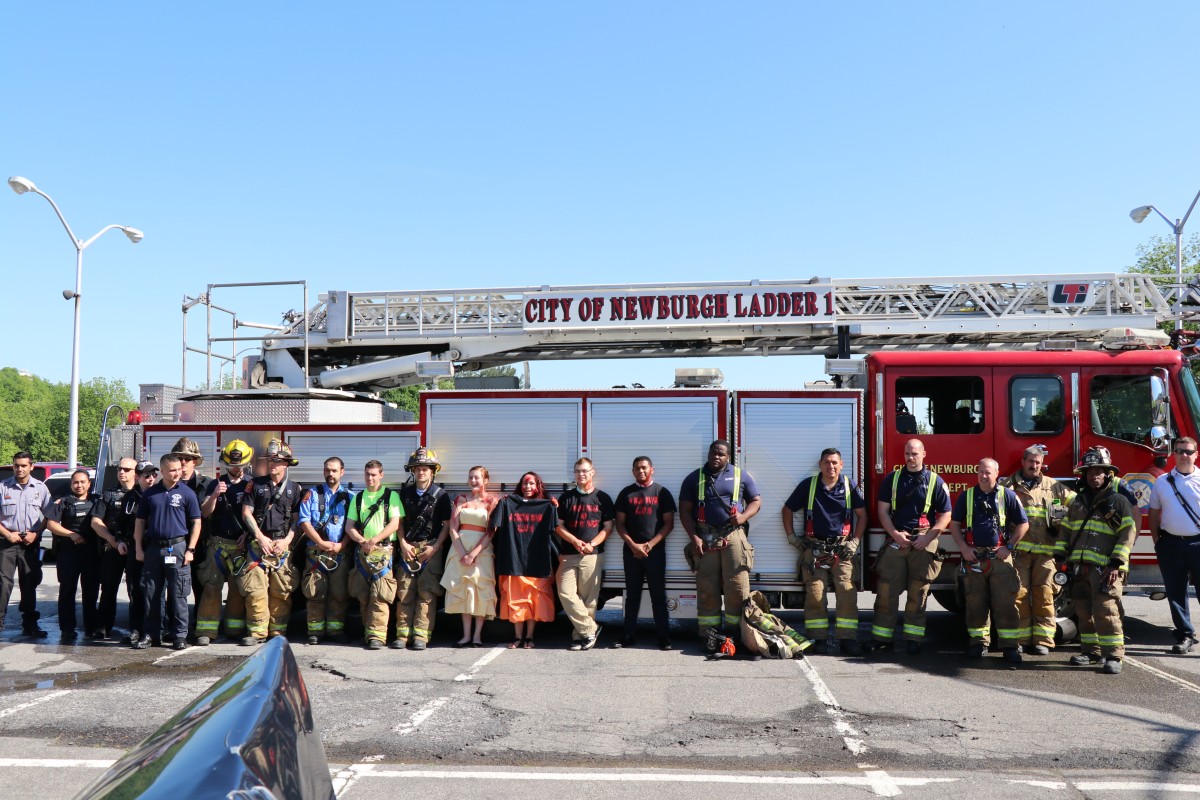 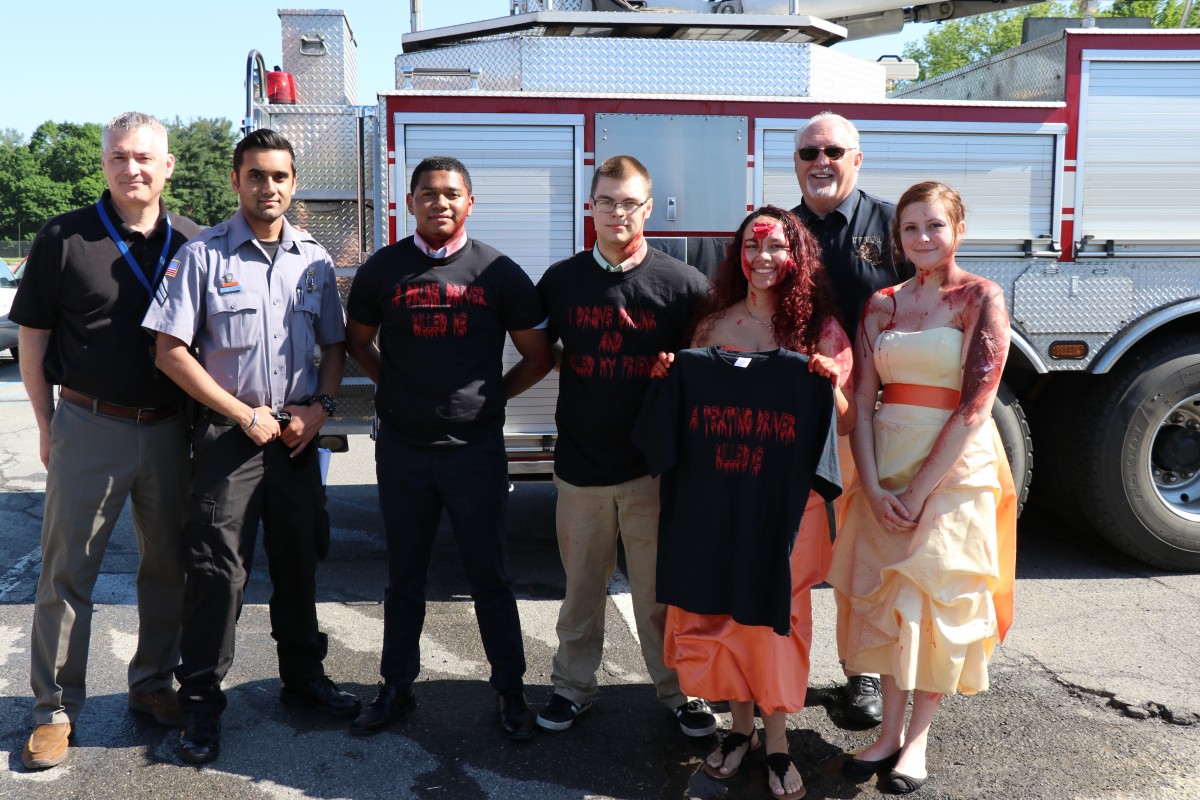 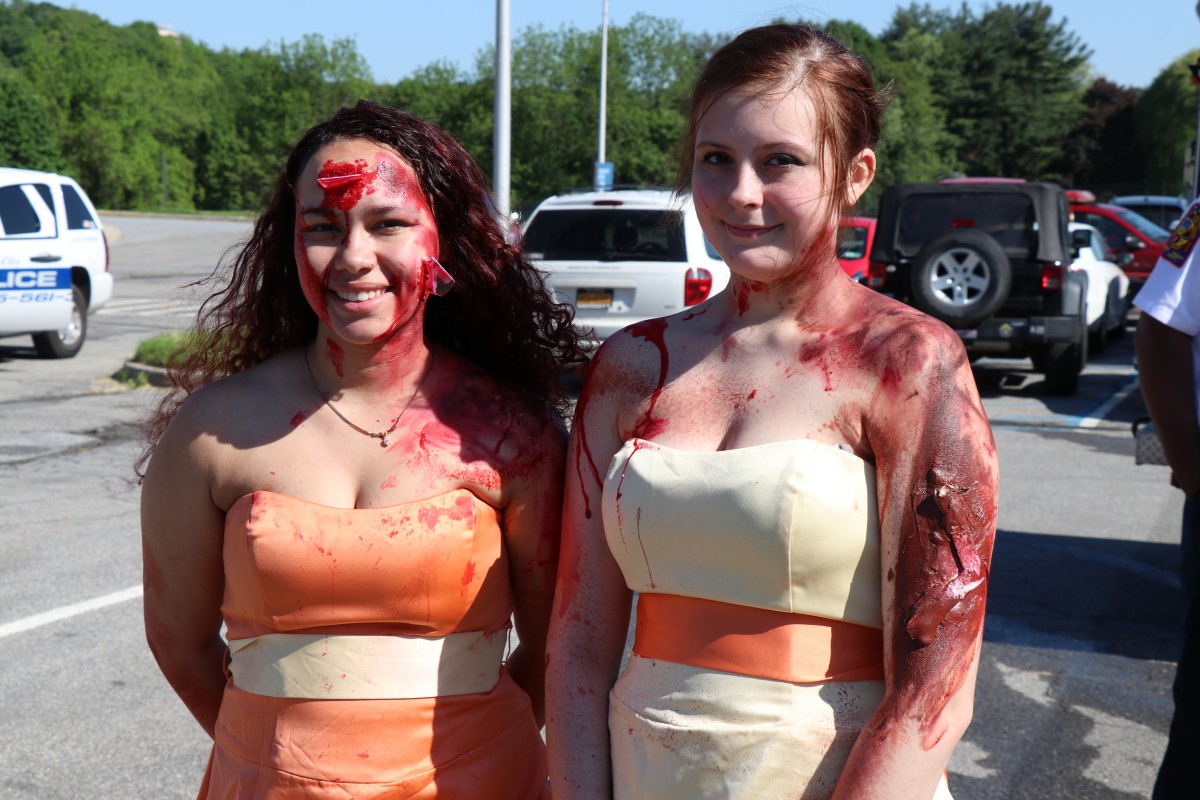 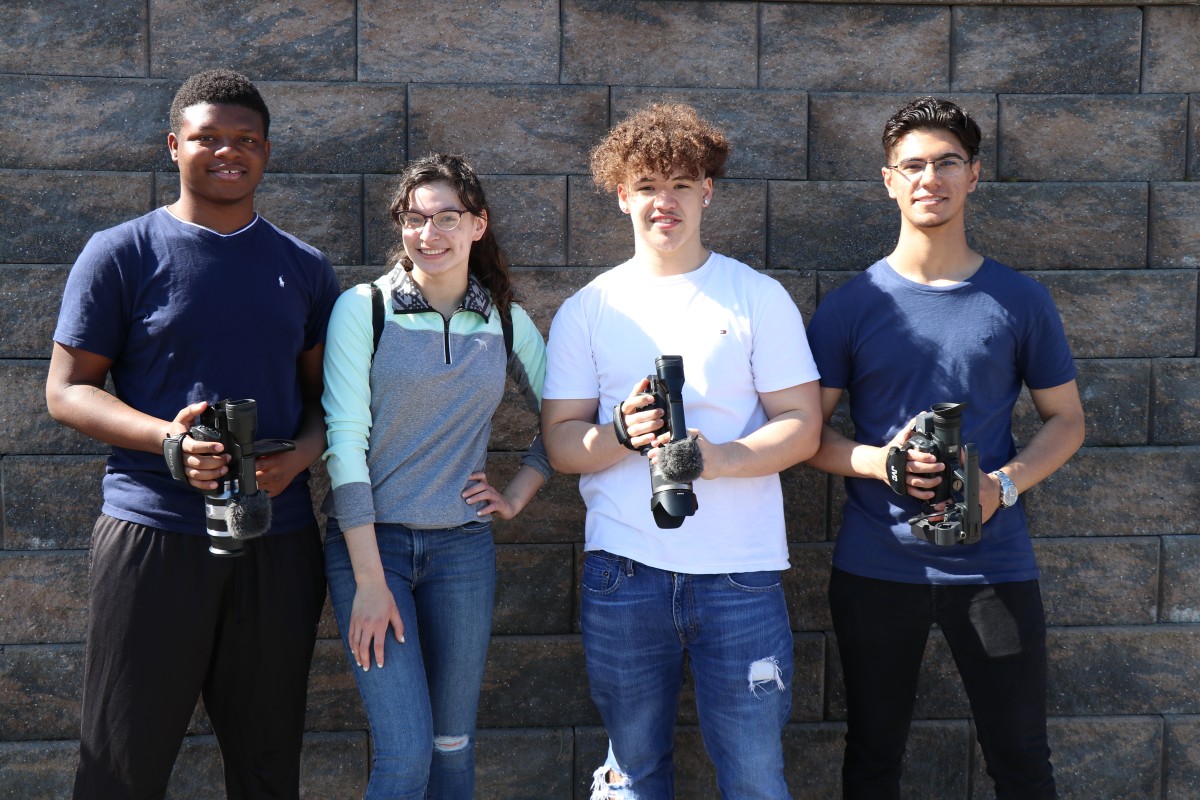