Sophomores in Newburgh Free Academy P-TECH partnered with Habitat for Humanity of Greater Newburgh to create Green Living Boxes for new homeowners. The scholars raised money to donate 11 baskets filled with items that encourage green and sustainable living, such as LED light bulbs, countertop compost bins, native wildflower seeds, and other items. The baskets also included instructions and maps to help residents learn about conservation and waste management resources in Newburgh that were created by the scholars.

When reflecting on the impact the project had, NFA P-TECH student Sandrique Knight said the project taught her “about [her] carbon footprint and ways that [she] could improve it.”  She continued that “it was nice to share that knowledge with others in the community as well.”

The partnership and project originated as part of NECSD educator Christine McCartney’s capstone project for her National Geographic Educator Certification and she worked alongside NFA P-TECH students and her colleagues, Joyce D’Imperio and Jacqueline Hesse, to make this a reality.

“It was amazing to know that we could help out new homeowners and make an impact on how they live their lives,” said Nadine Salim, a student at NFA P-TECH. Belisa Medina, a sophomore stated that “this project showed us to have follow-through, as we used our knowledge and resources to help others over the two years it took to create the idea, fundraise for the boxes and then assemble them.”

Mr. Matthew Arbolino, Executive Director of Habitat for Humanity of Greater Newburgh and Mr. Gary Chasteen, Volunteer & Outreach Coordinator visited the classroom to discuss the work of our scholars and to accept the baskets on behalf of their families. Both Mr. Abolino and Mr. Chasteen are both alumni of Newburgh Free Academy. 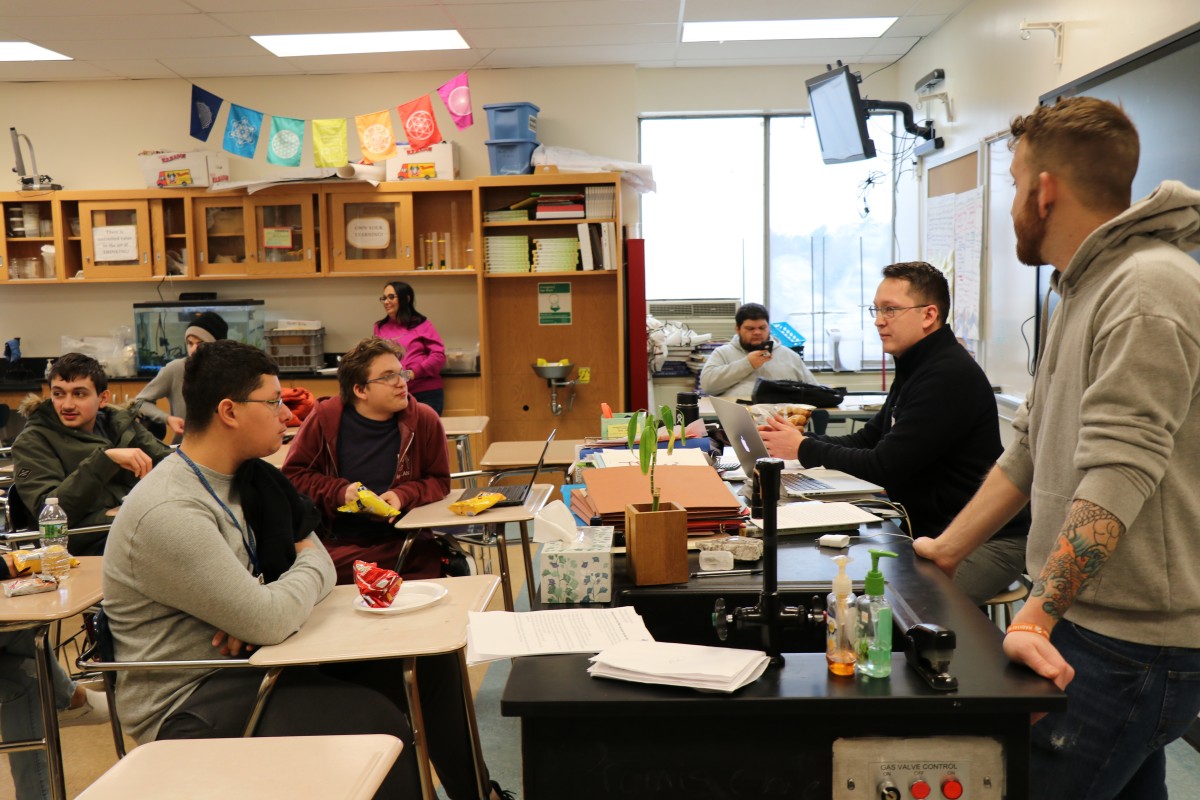 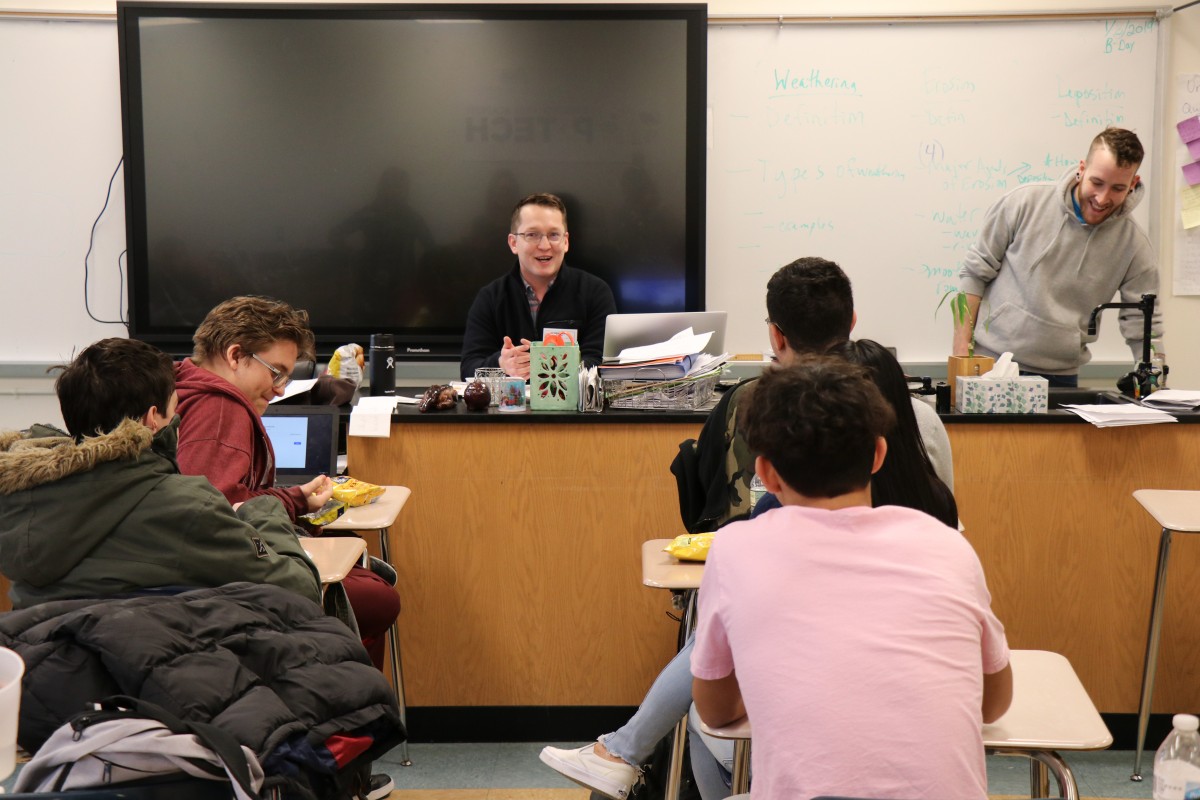 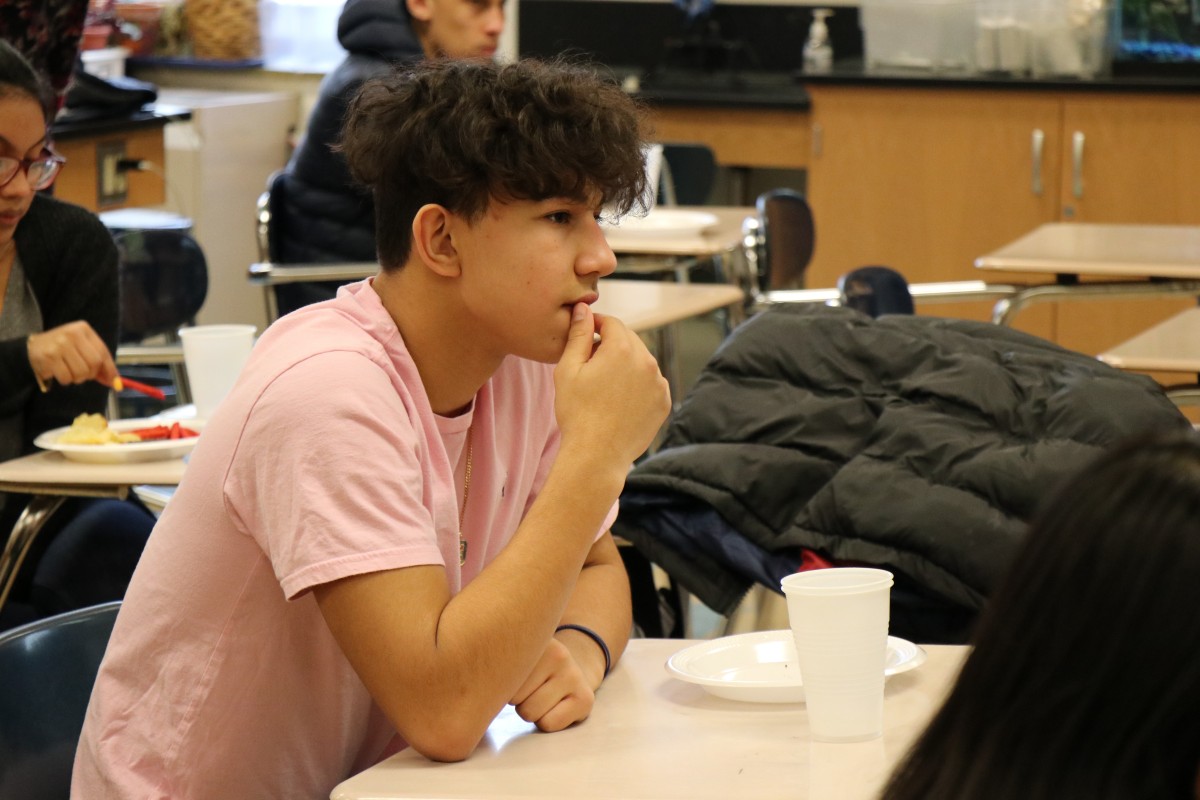 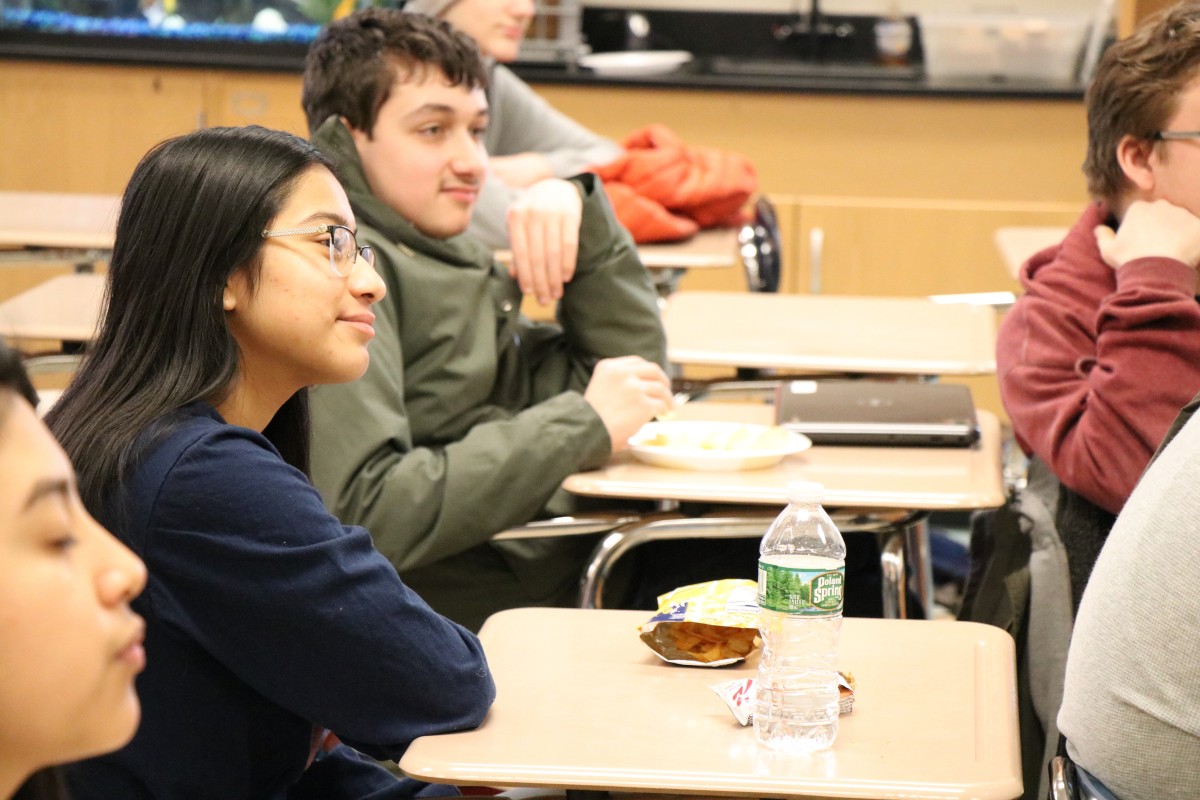 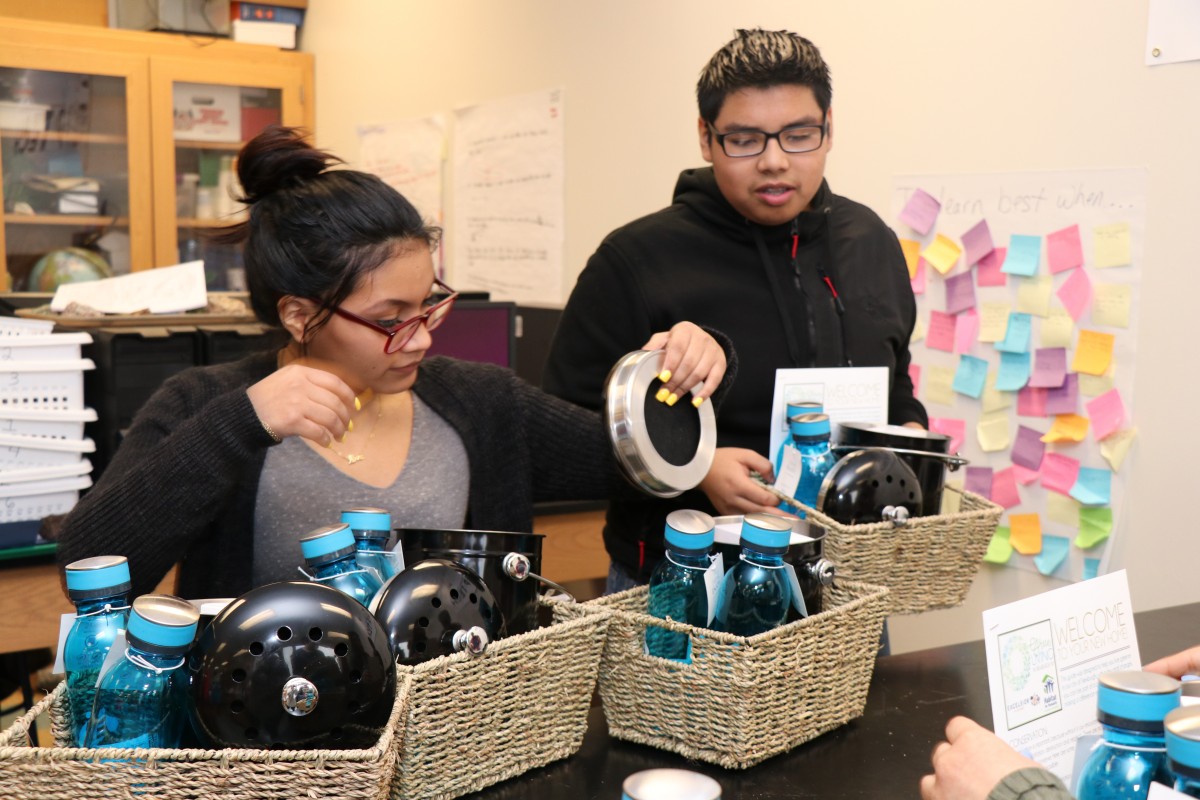 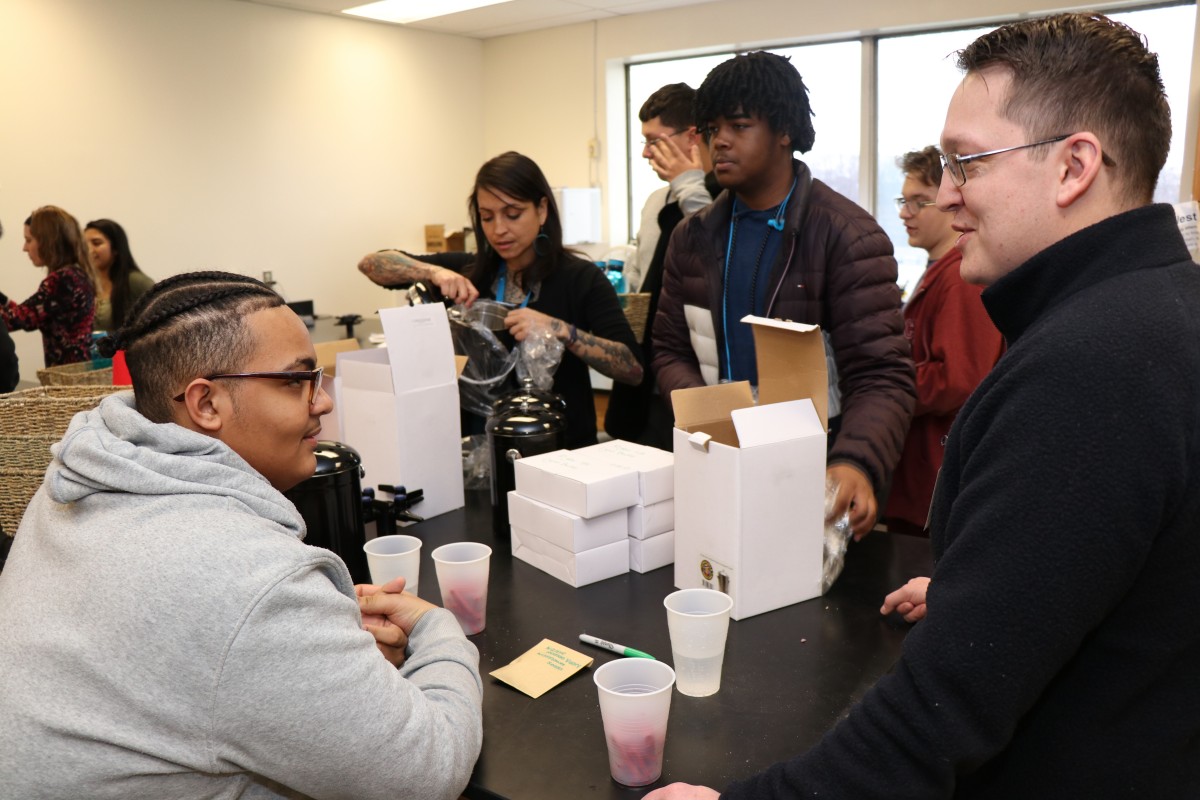 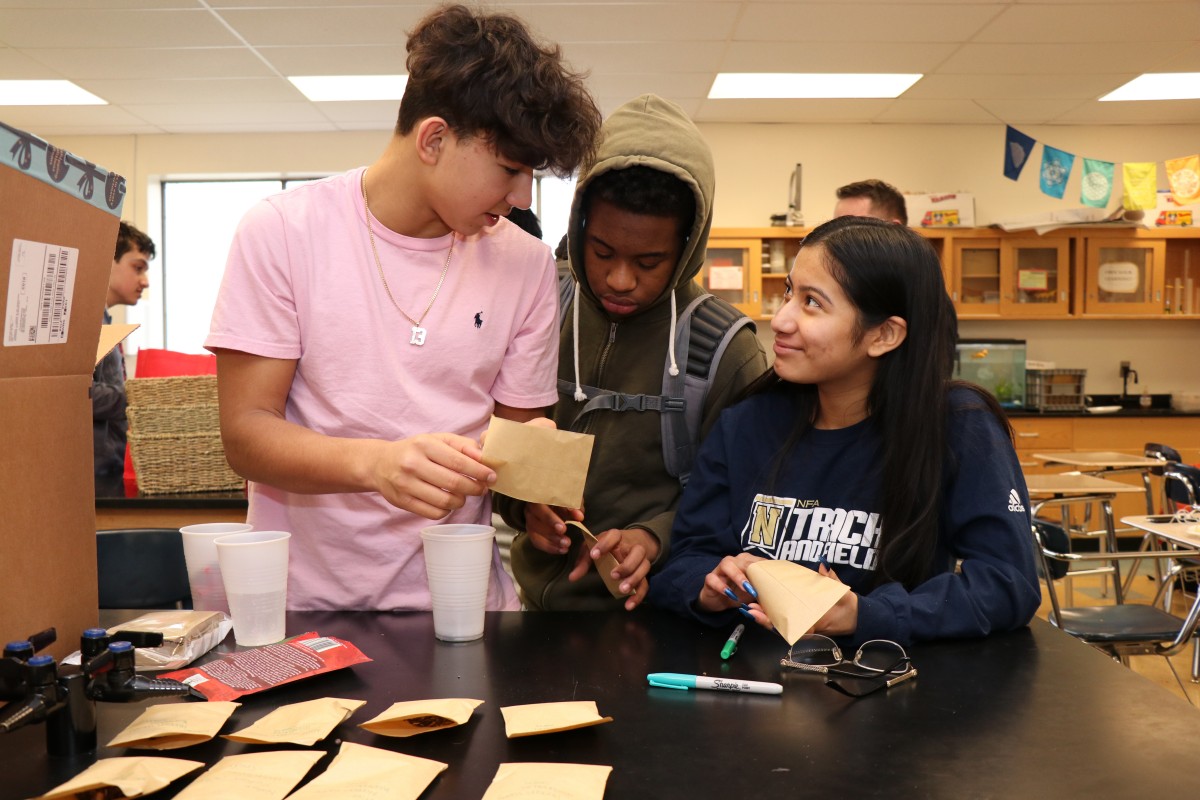 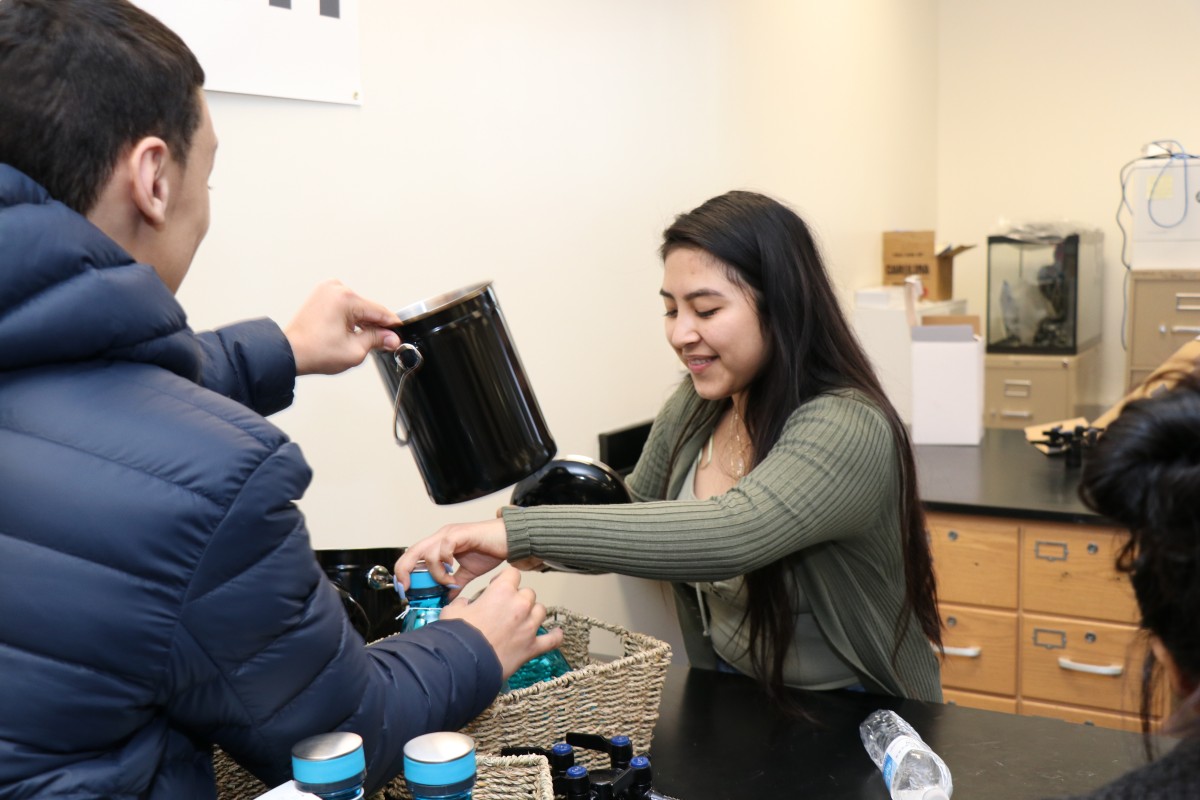 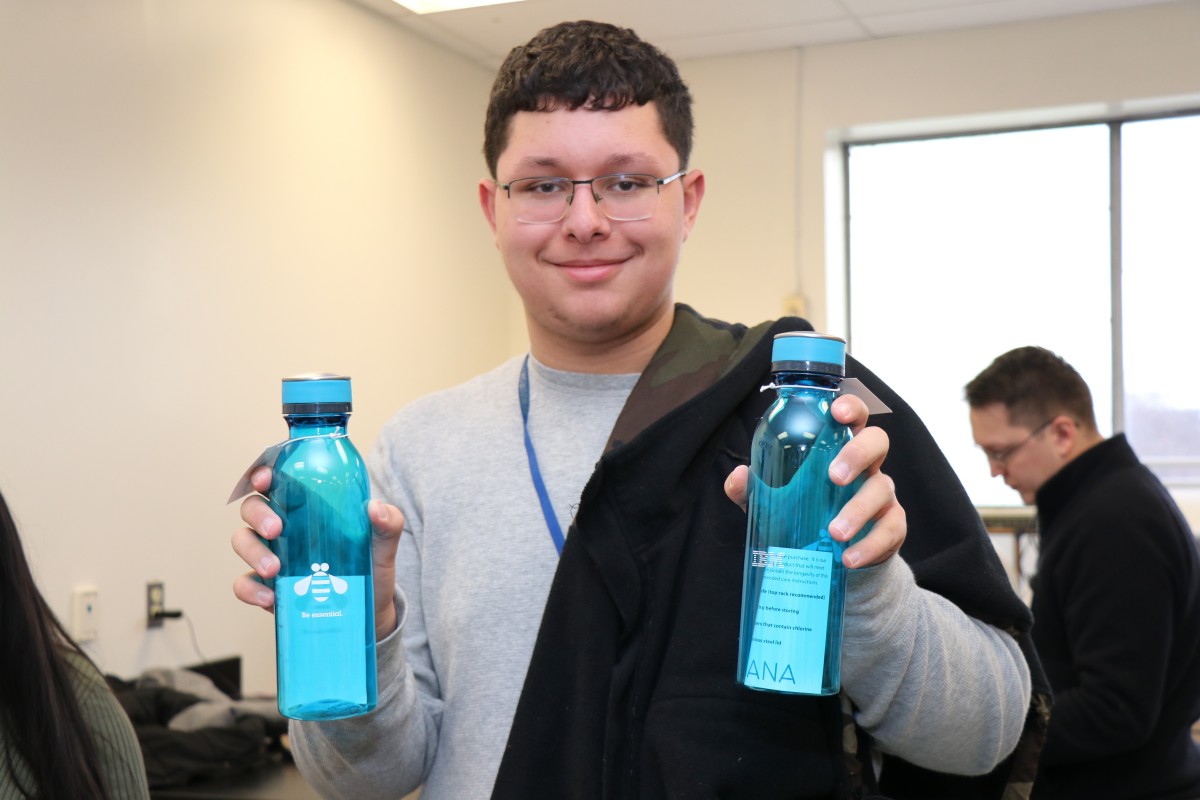 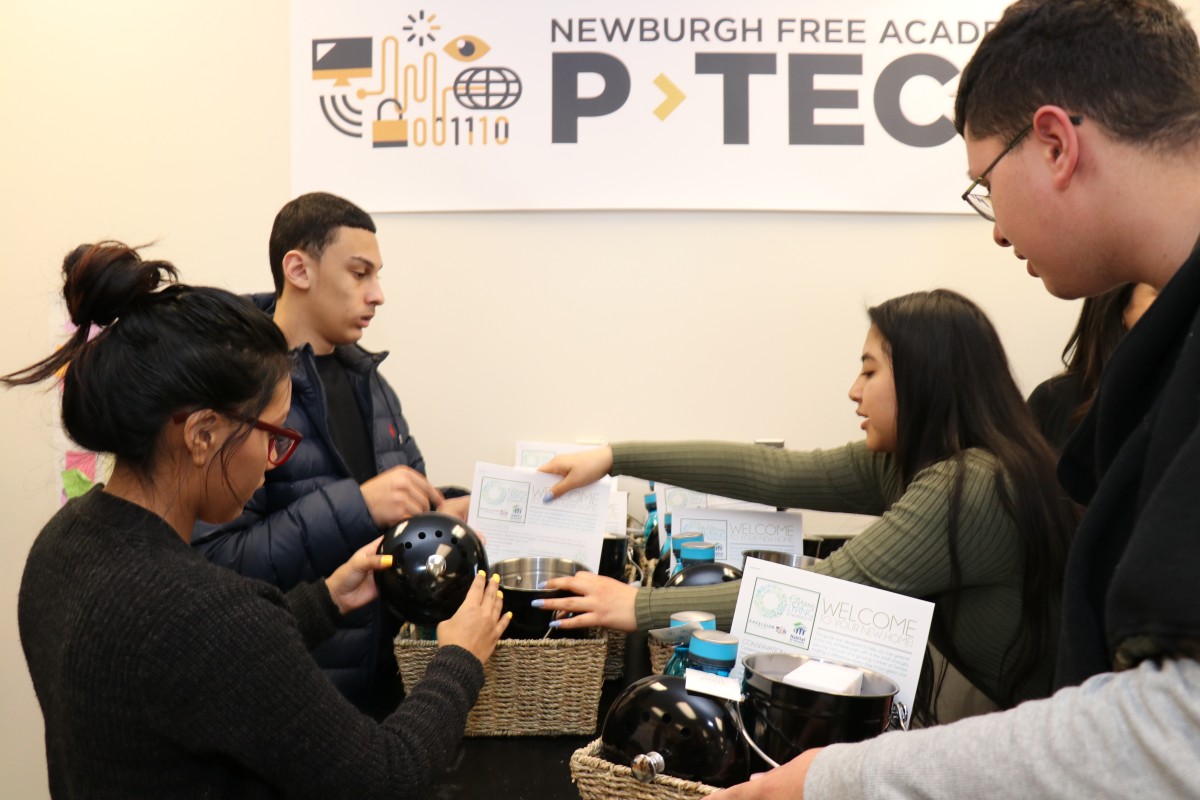 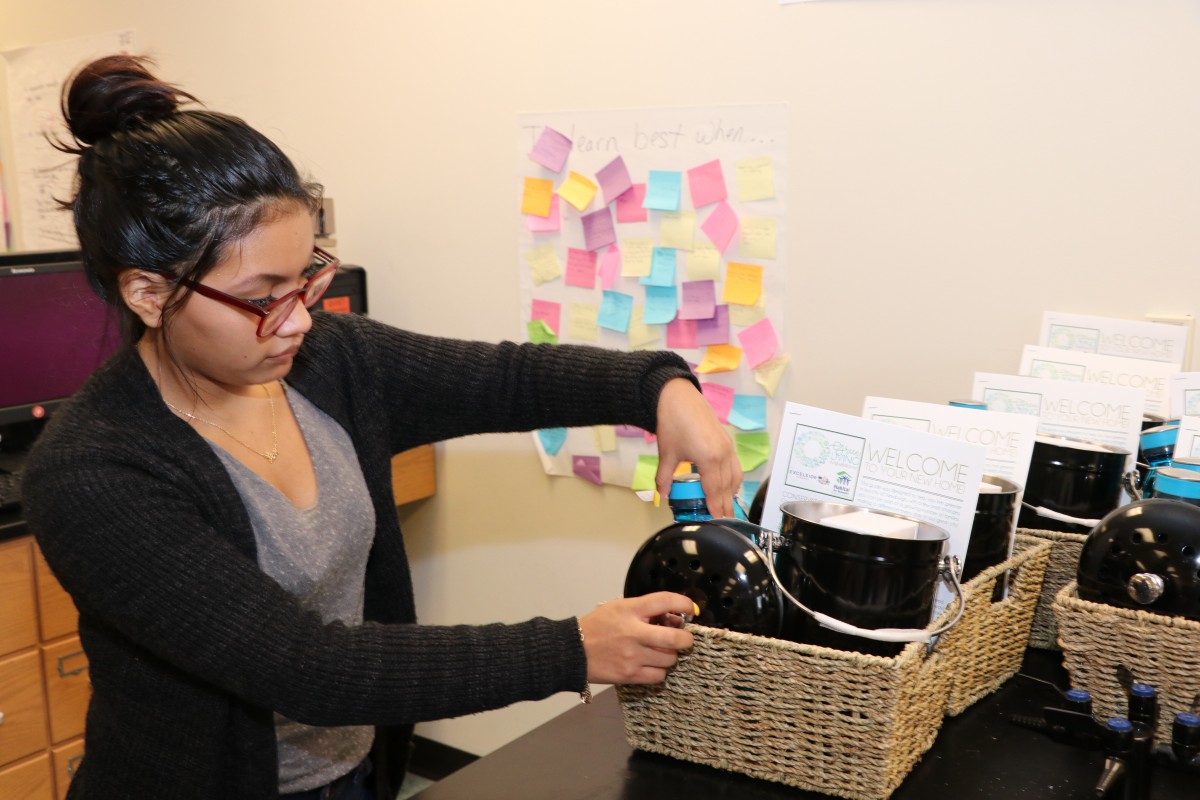 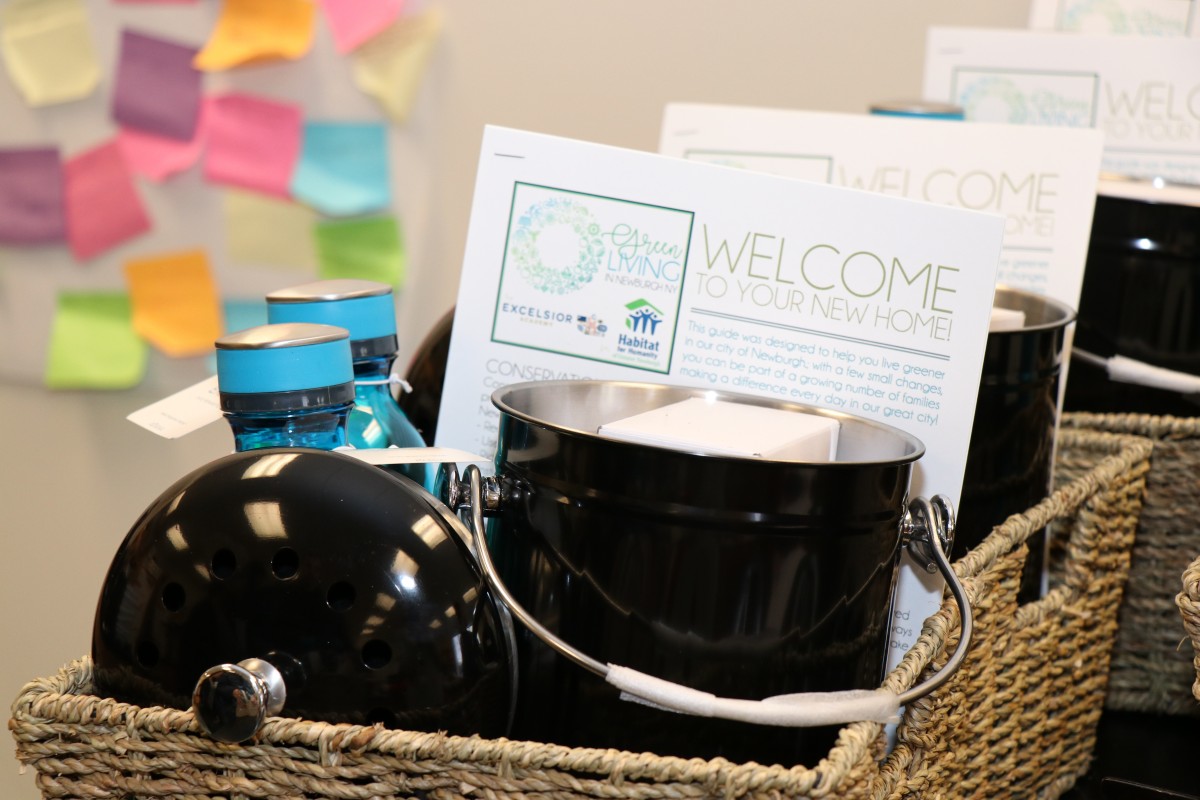