Forty scholars in grades 9-12 who are in Ms. Elizabeth Cappello’s Introduction to Computer Science and Web Design from Newburgh Free Academy’s Main Campus walked over to Gidney Avenue Memorial School (GAMS) to teach the elementary scholars to code.

The high school students have been working in web design and basic programming.  The class skills they are learning were able to be applied to the tutorials for the younger scholars.  The high school scholars also prepared for working with younger students and how to influence the students in a positive way and being open to exploring computer science in the future.

An interesting discovery is the speed by which the bilingual students grasping the computer science concepts and computer code they are learning. 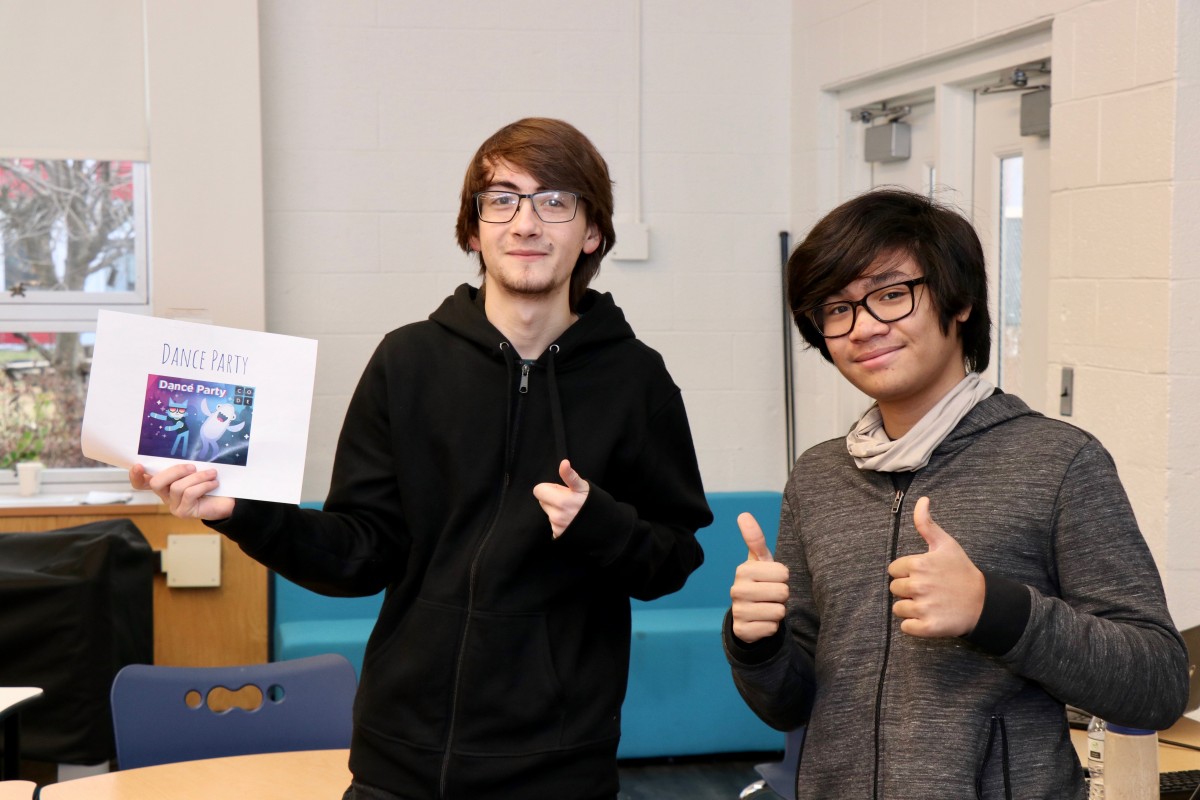 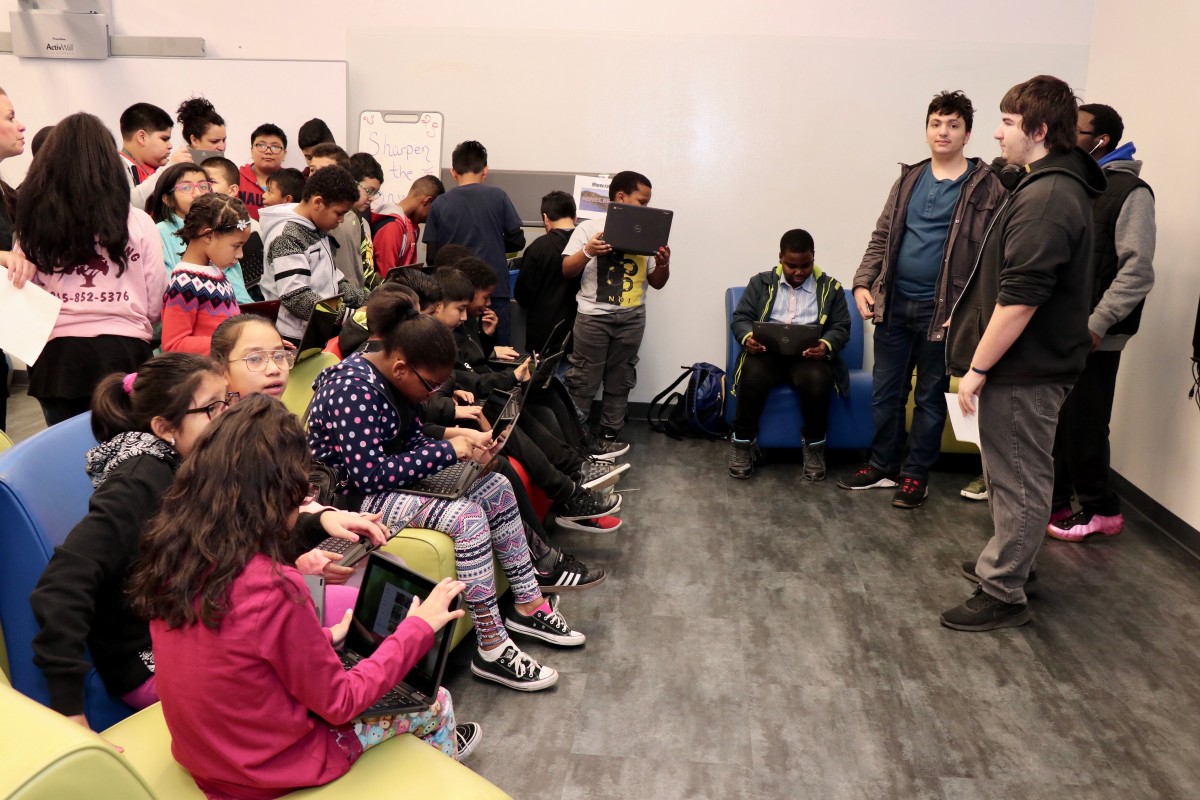 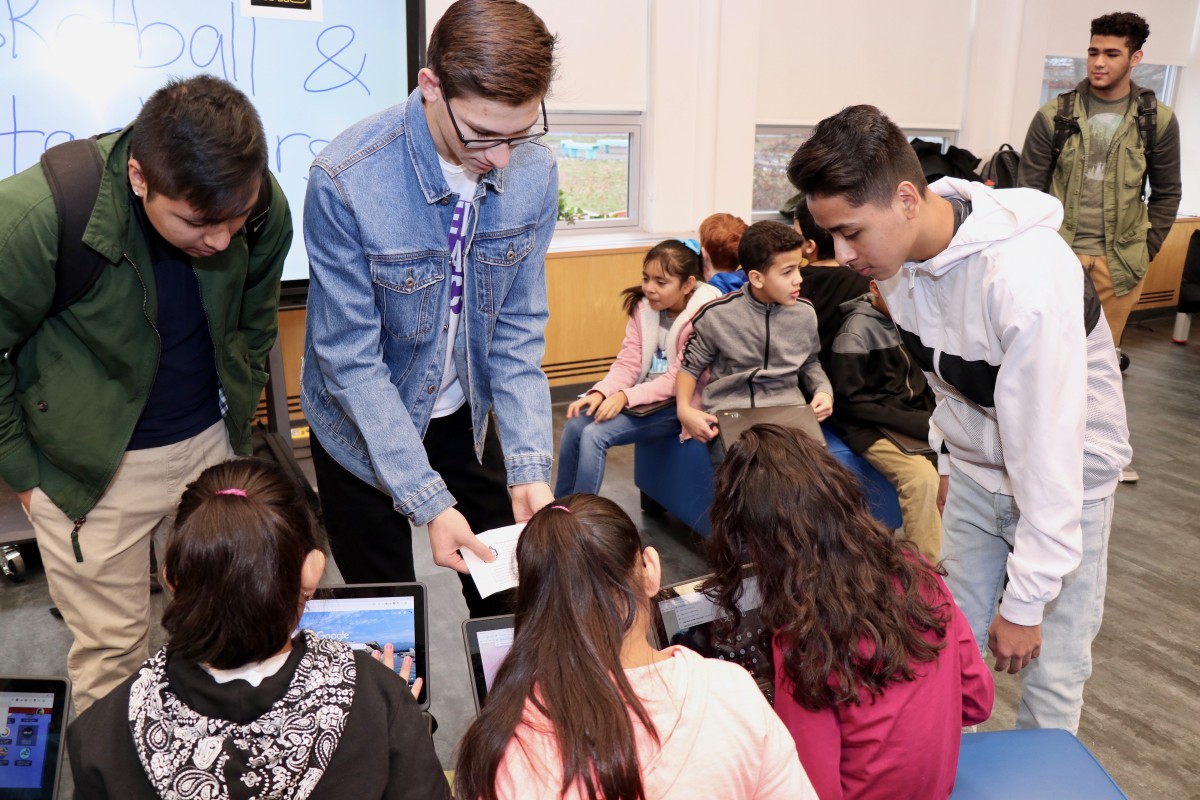 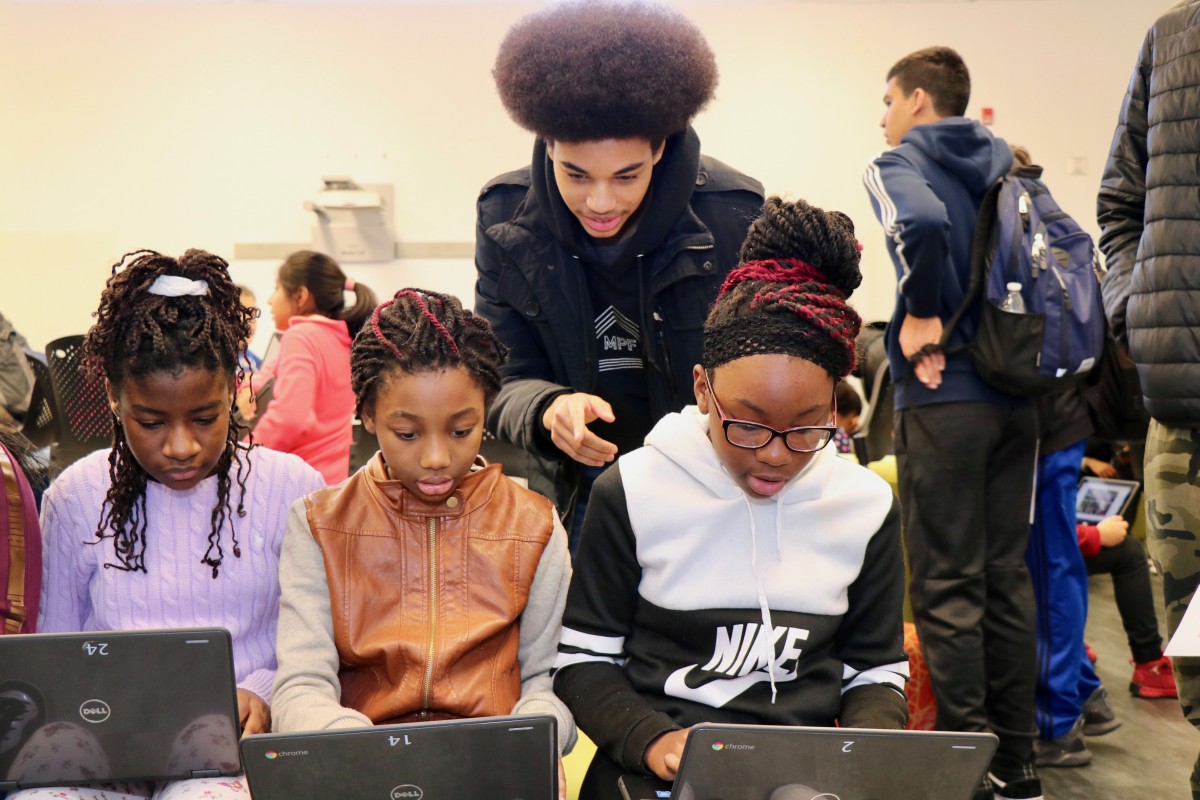 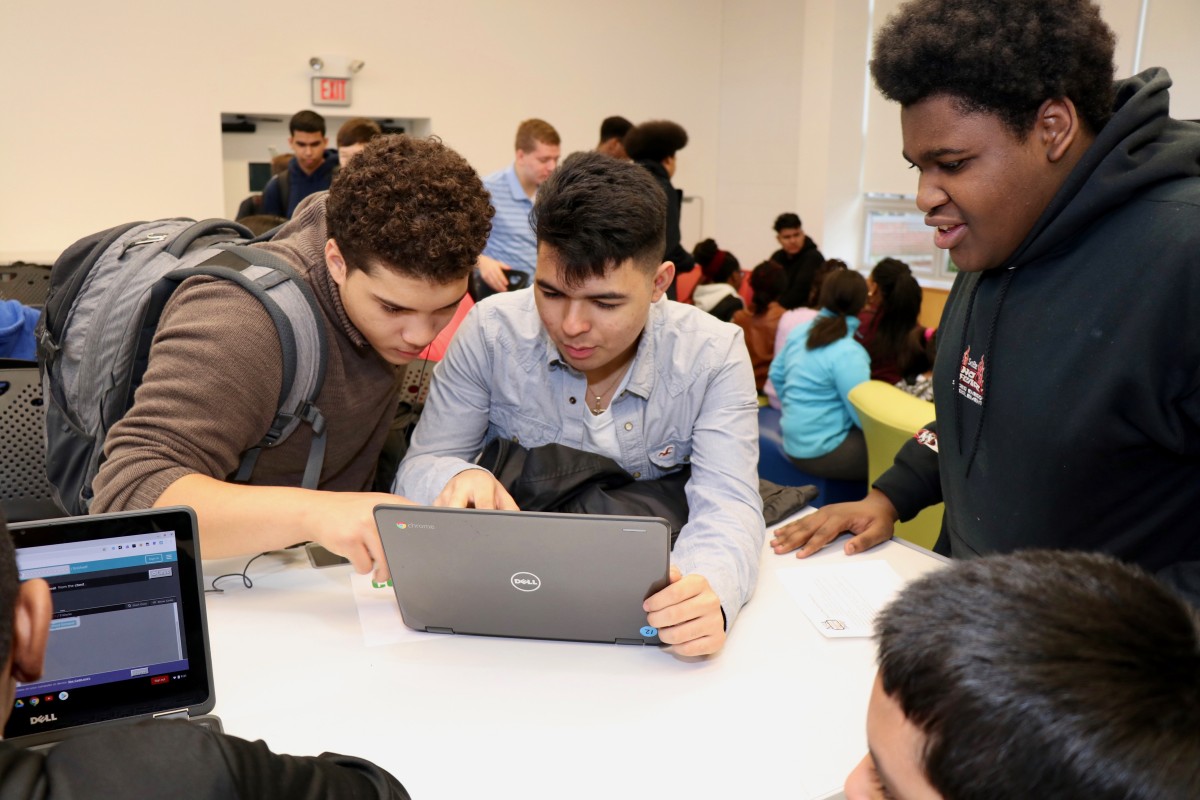 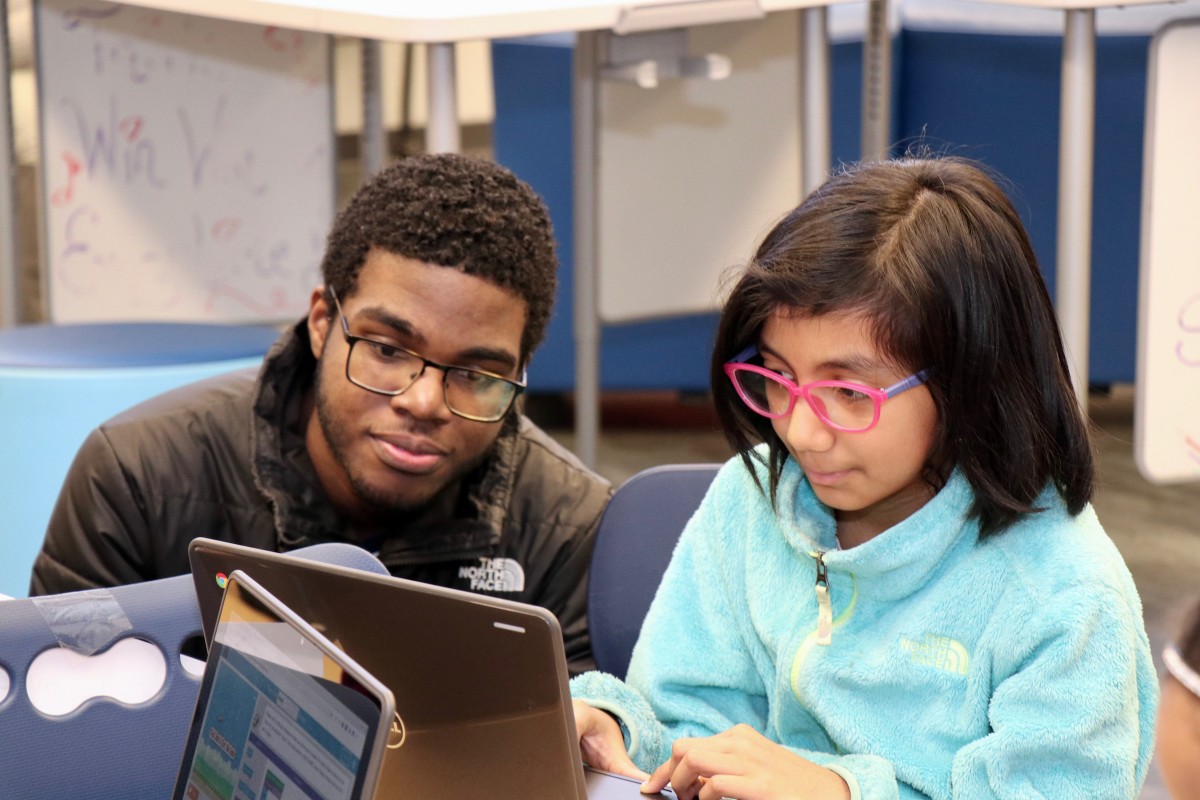 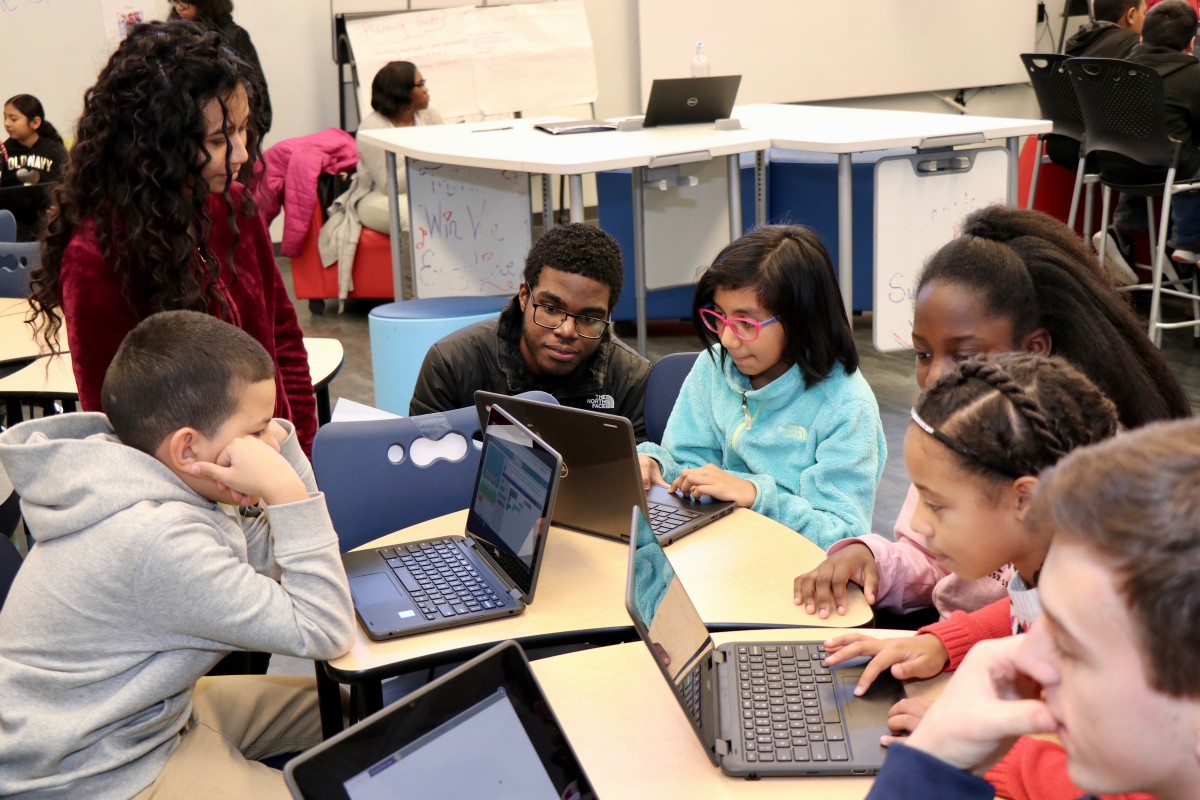 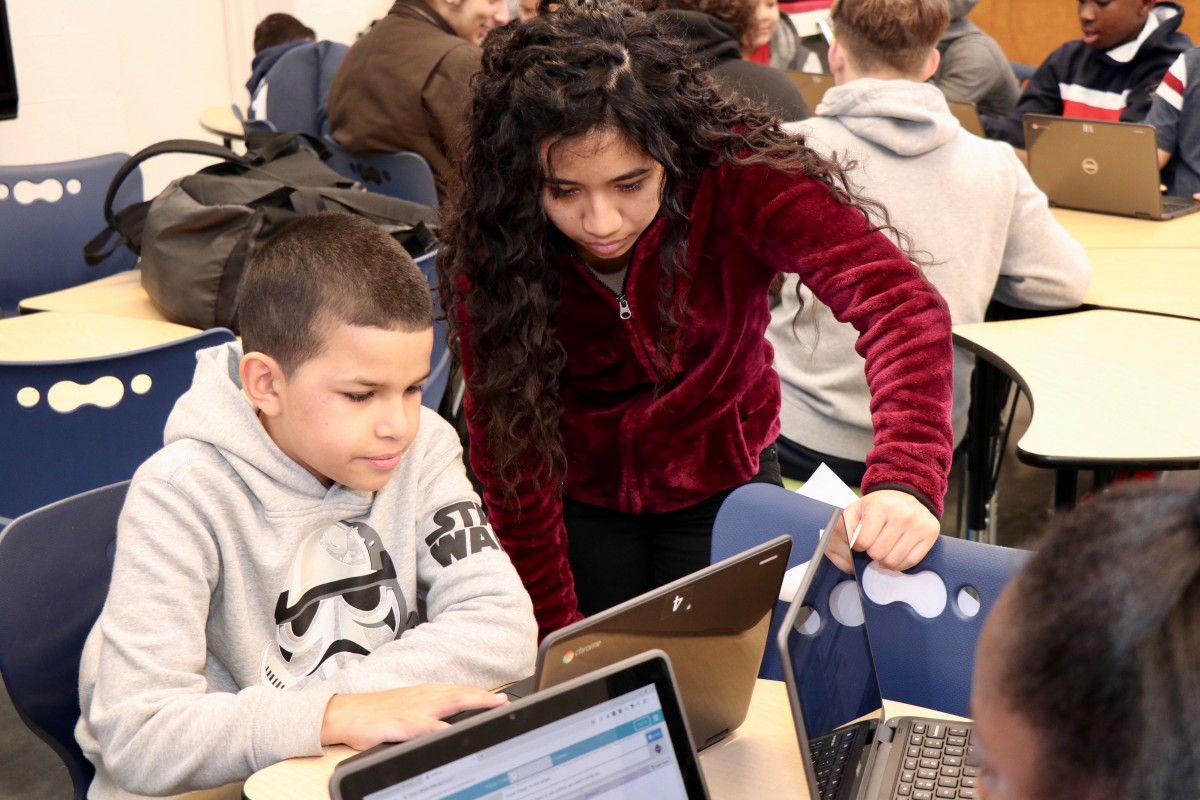 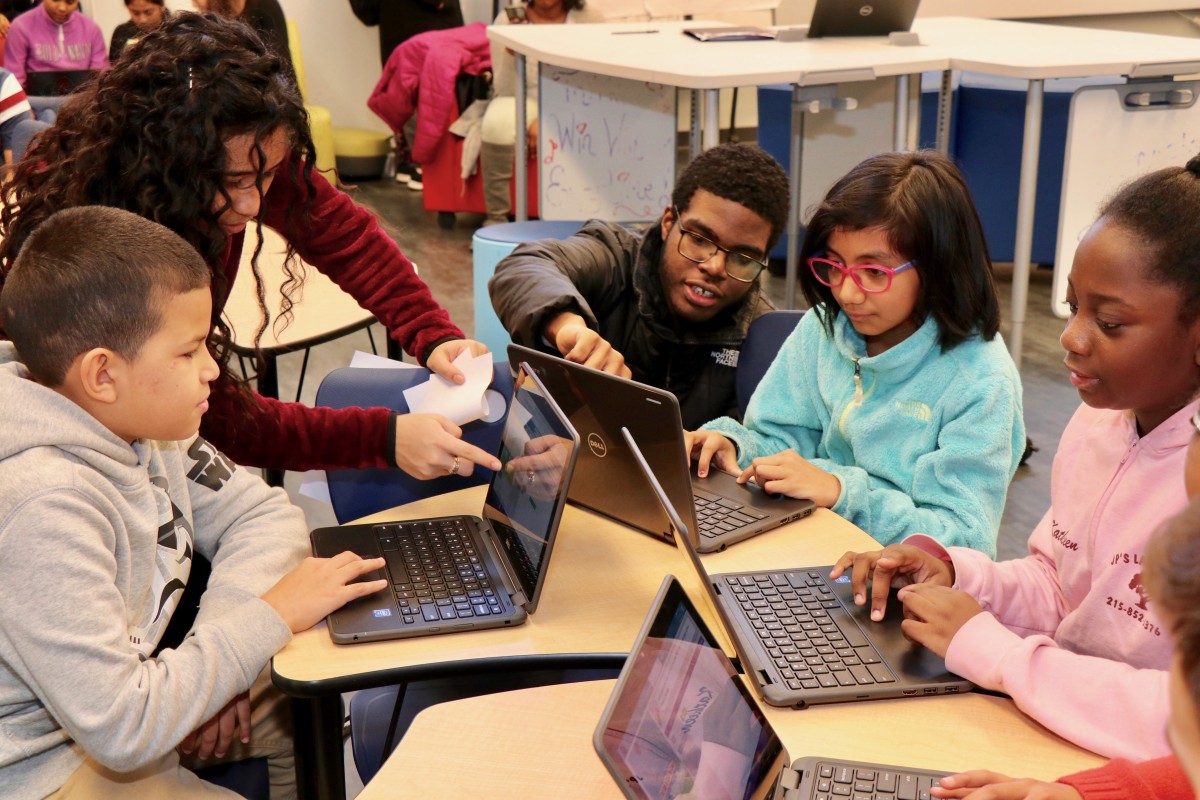 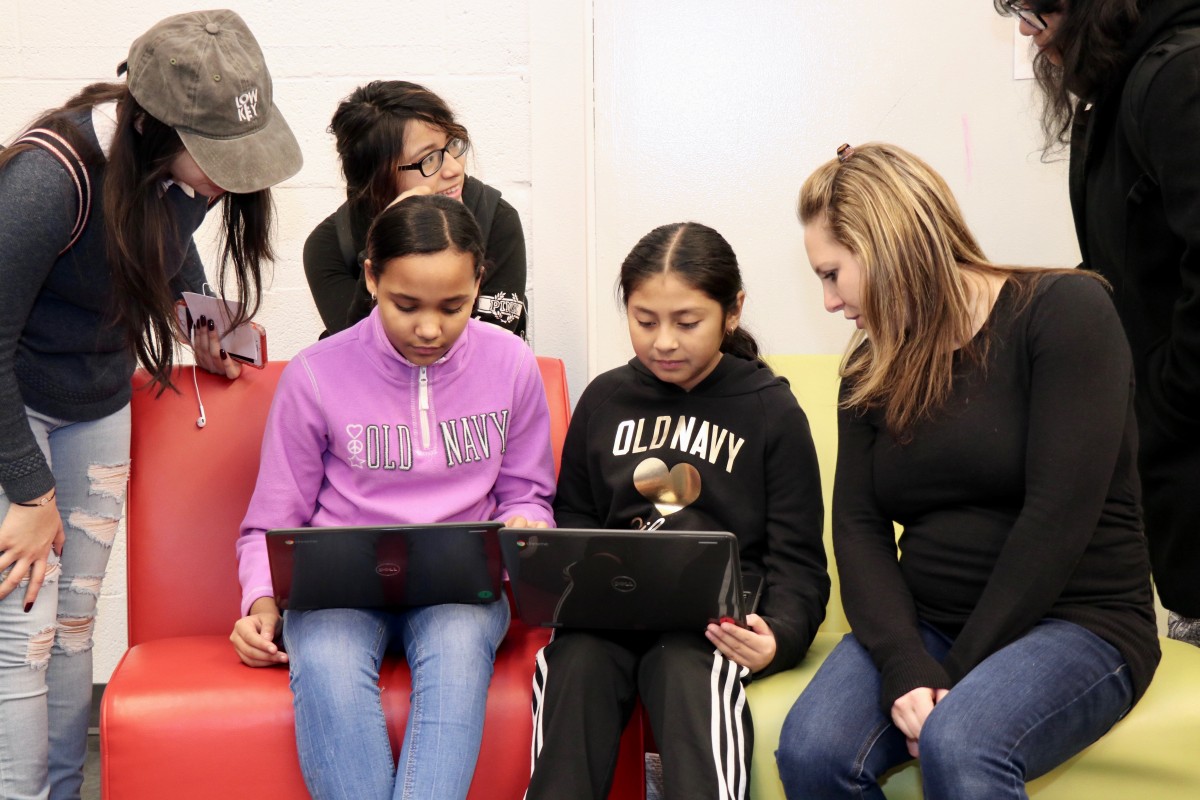 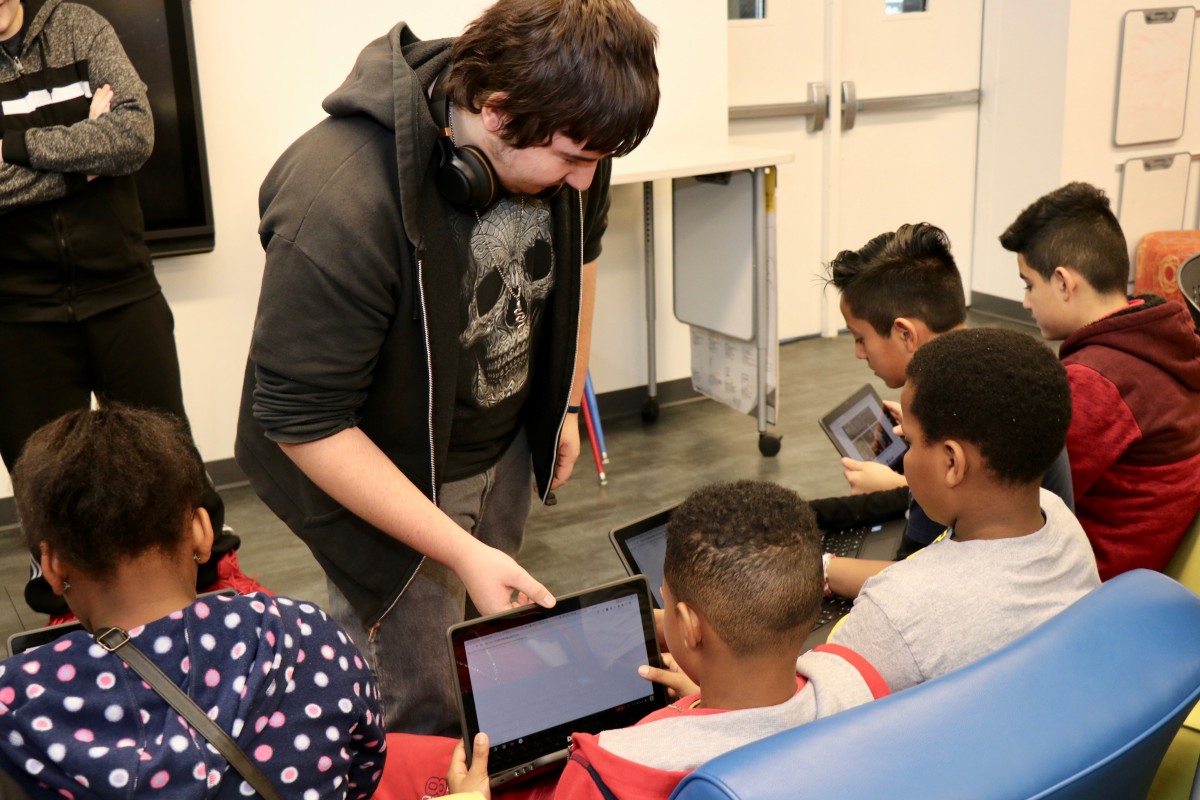 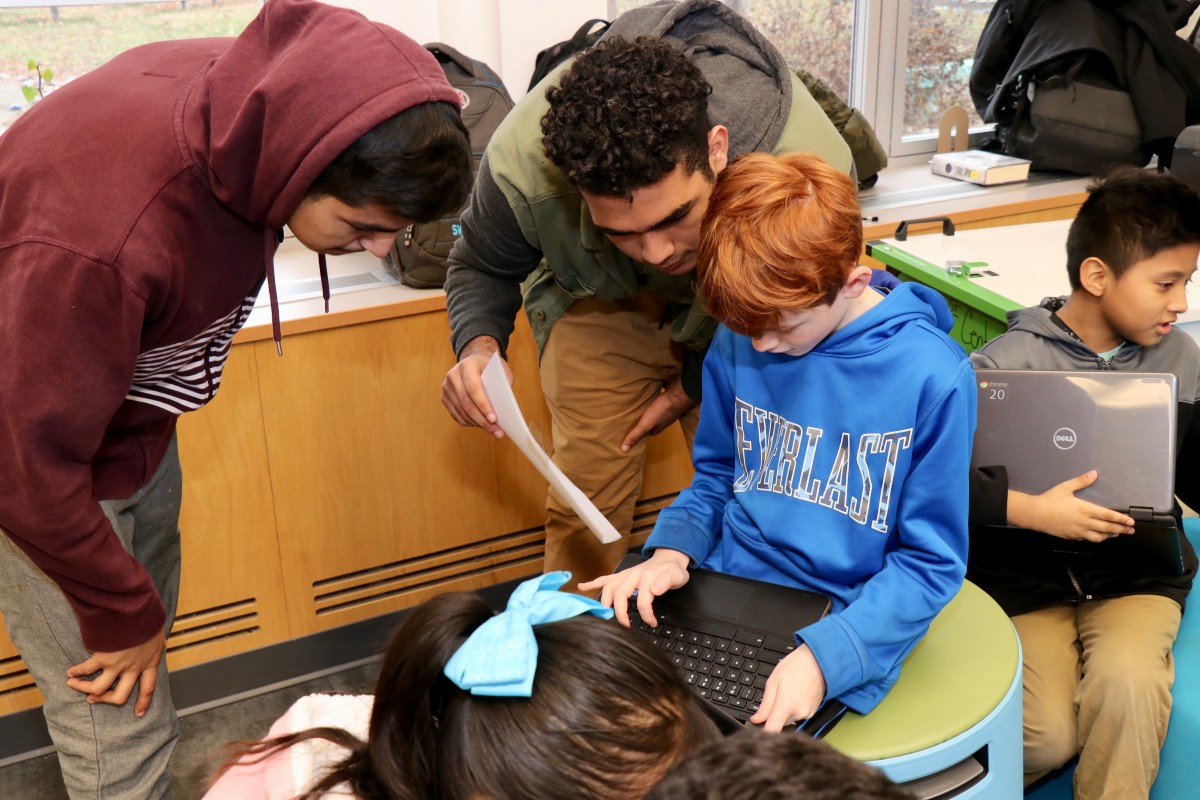